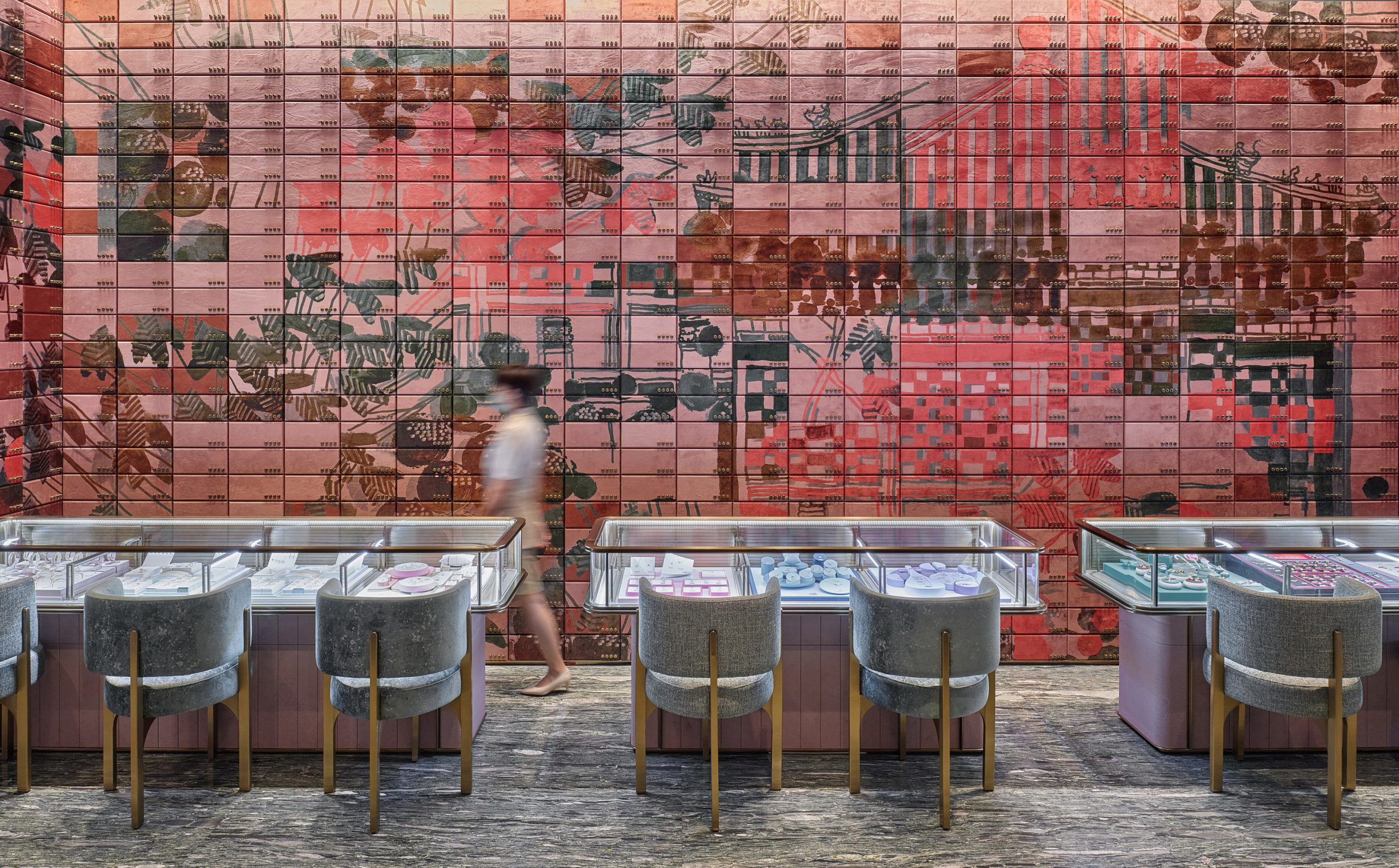 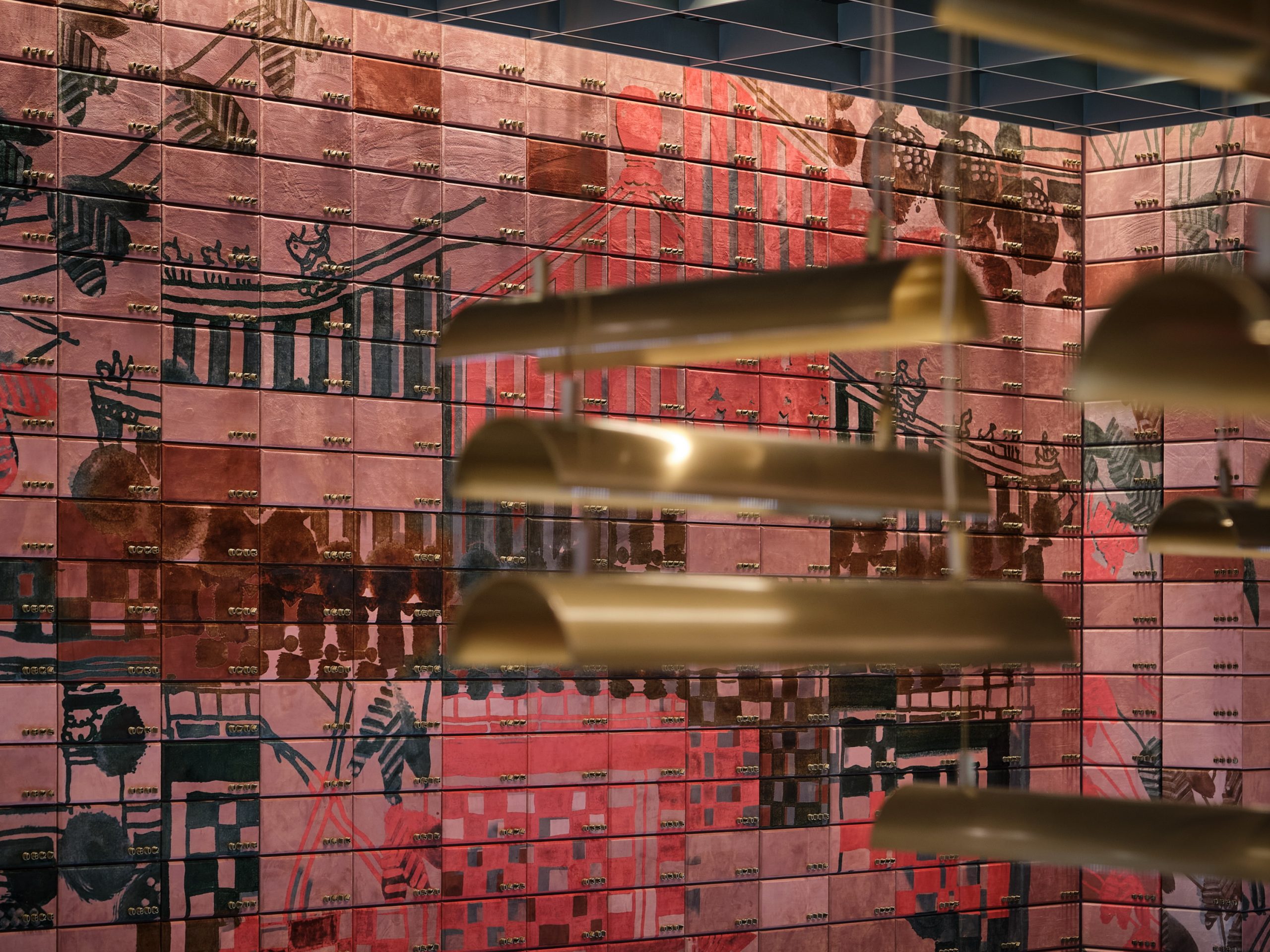 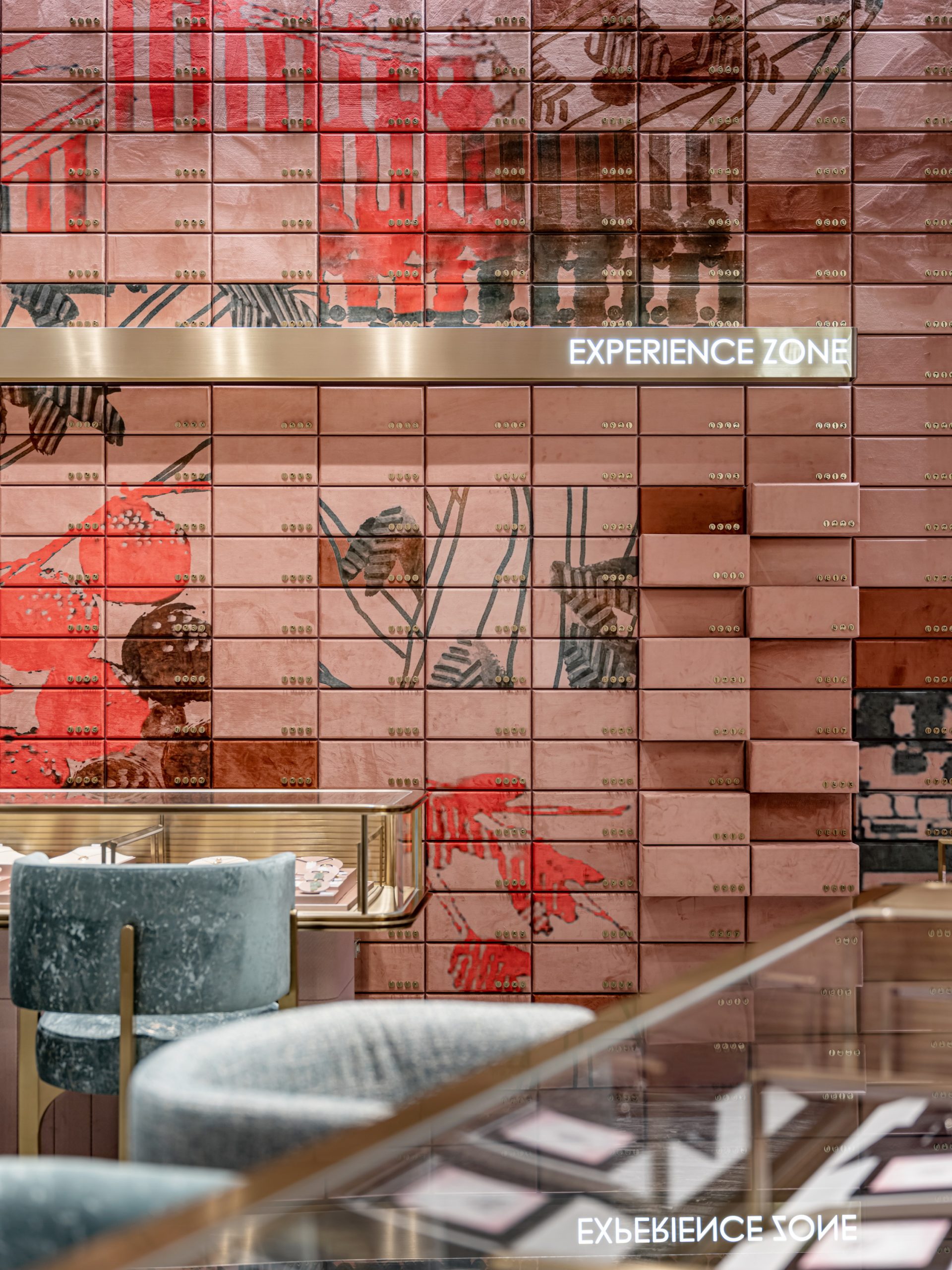 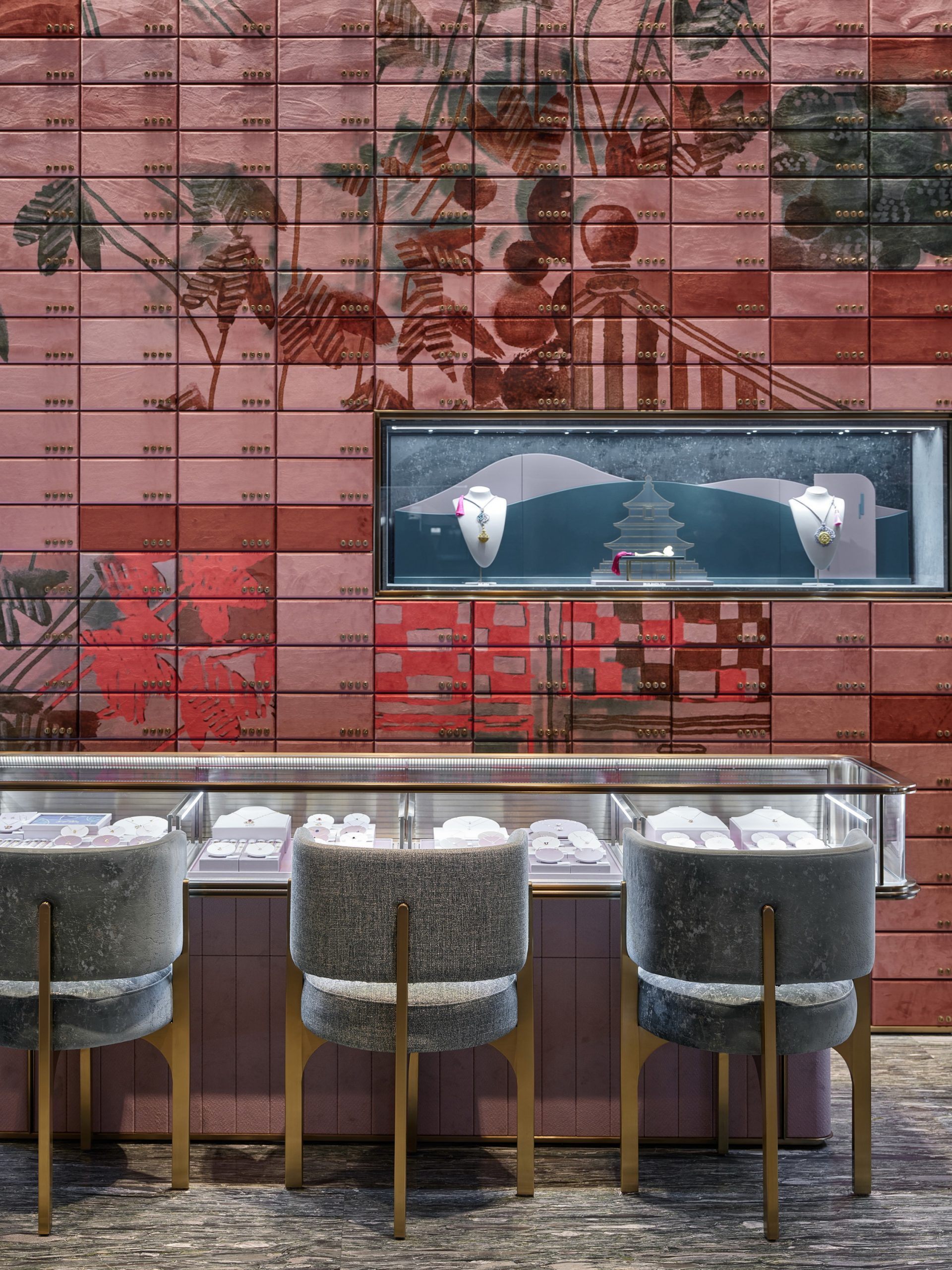 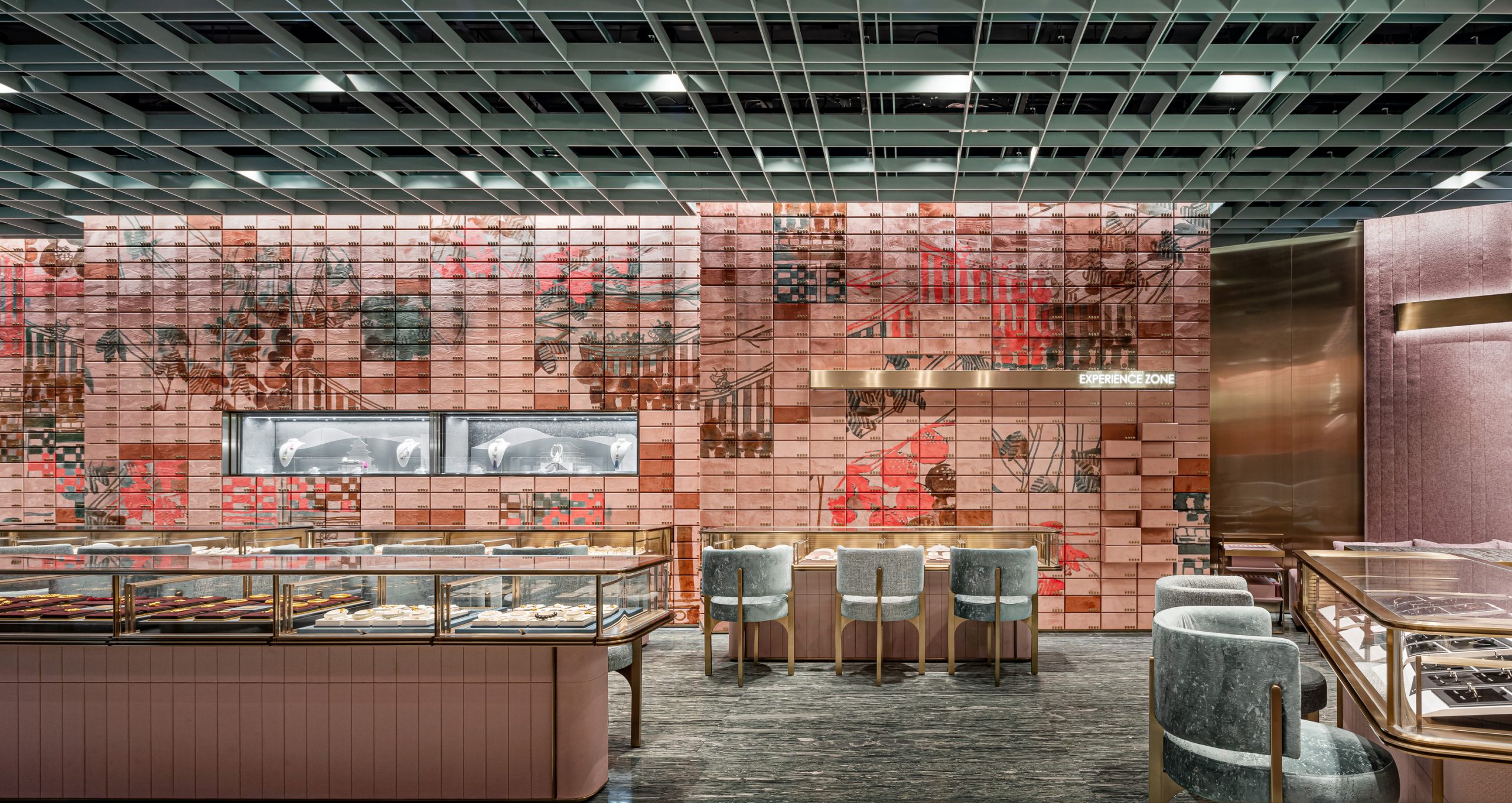 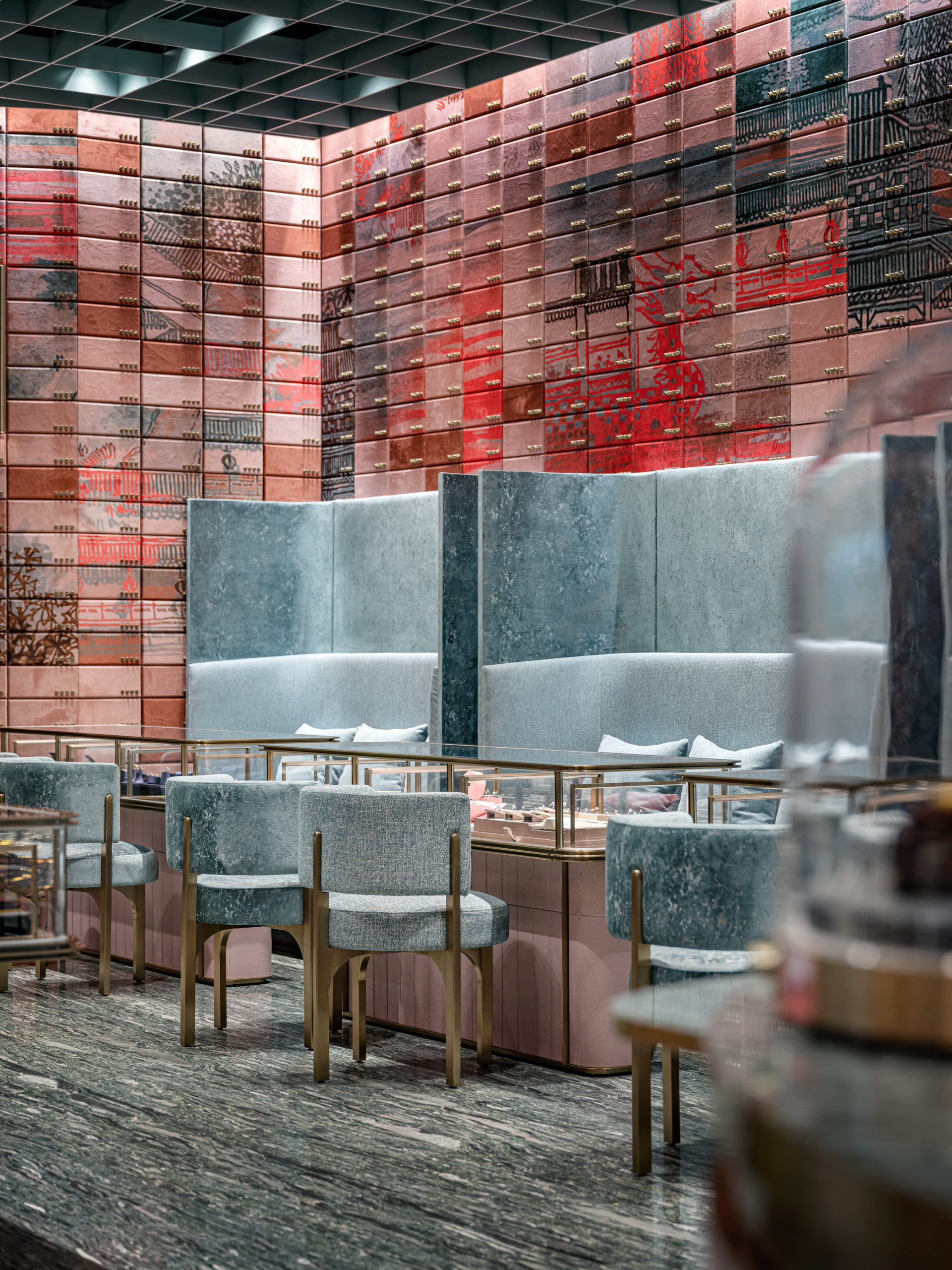 This design concept actually went through several twists and turns from incubation to implementation. Beijing is a richly historical city as it was the capital of many dynasties in the Chinese history, so it is difficult to simply use one thing or a simple pattern to summarize the characteristics of the entire city. After thinking hard, we finally chose the classical royal gardens as the theme of this design – Beihai Park and the Imperial Gardens of the Forbidden City to represent this city. We also applied modern painting techniques to outline and present Beihai Park and the Imperial Garden of the Forbidden City and refined their respective characteristics into the entire painting.

We combined the characteristics of the "Heritage" theme store, printed the paintings of Beihai Garden and Imperial Garden on the fabric wall, and then divided it into countless smaller parts before randomly combining the patterns and colors together, colourful patterns of the Beihai Park and the Imperial Garden of the Forbidden City are organically integrated on the walls of the shop. This design is interesting and unconventional. Visitors and customers can also easily find the iconic white pagoda and the rugged rockery in the Beihai Park and the Imperial Garden respectively.