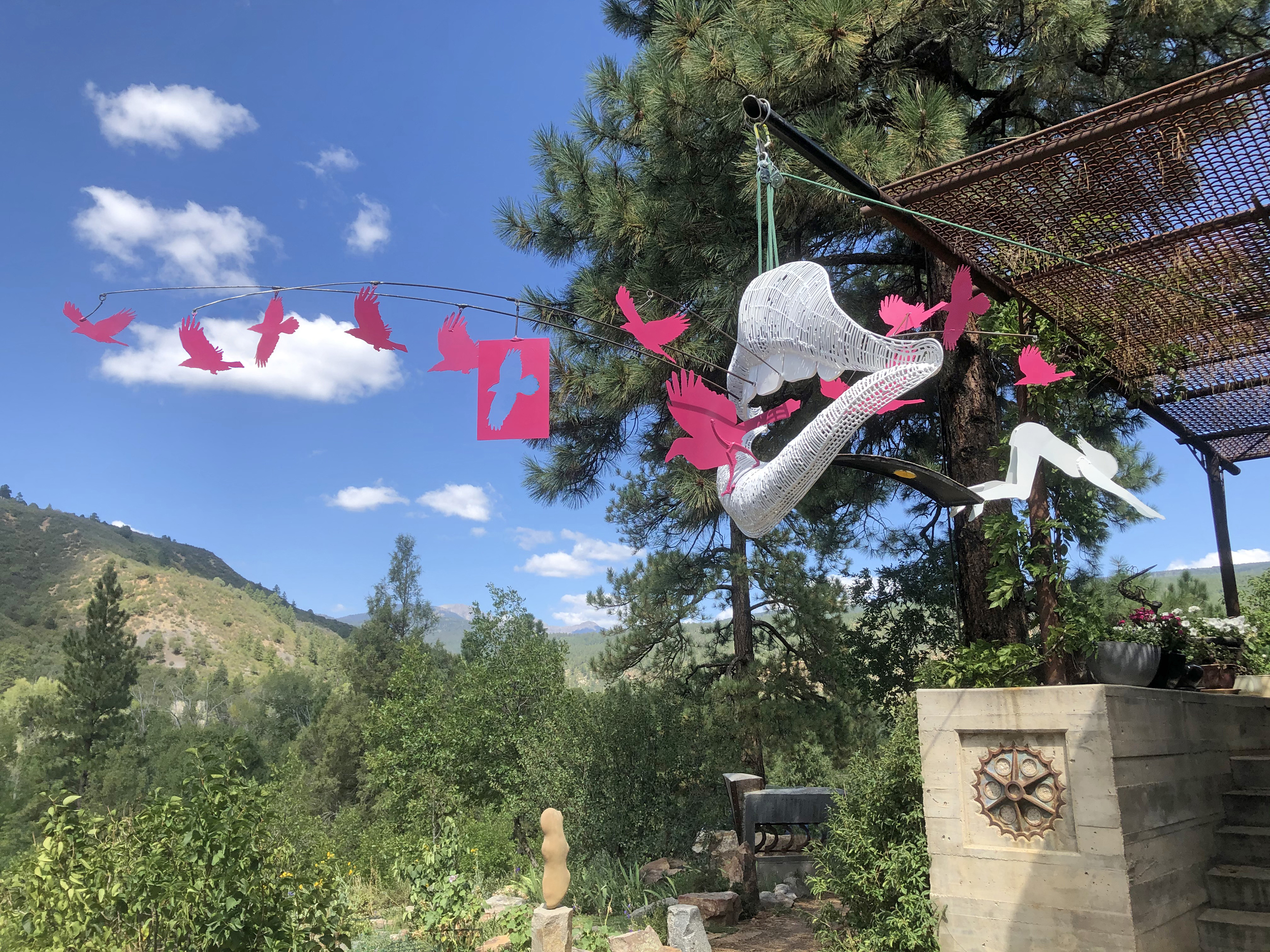 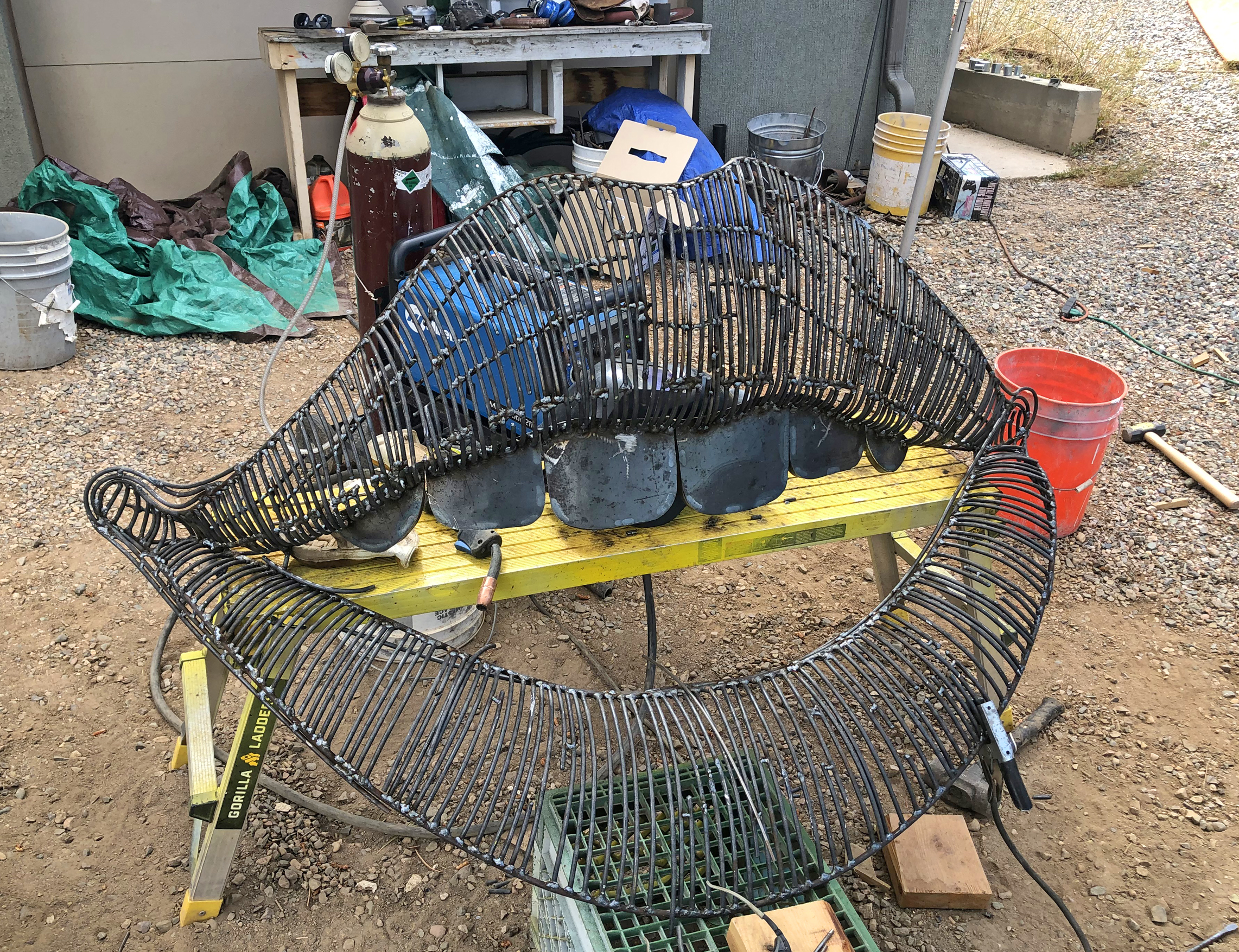 Client: On loan to the city of Durango

“Cryptic Voyage” A surrealist suspended sculpture. The human mouth is a fascinating form, both as a purely sculptural object, and for its inherent emotional power. I was able to build my grand scale Scarlett Johanssons by bending and welding steel rod, and once finished, I could see their potential in a surrealist themed piece. I wanted the sculpture to be a vessel of uncontained energy and motion. The idea for a flock of birds came first, and then the kid diving off the back provided a visual counterbalance and the ultimate burst of energetic motion.

Having the opportunity of placing my sculpture on Durango's lovely riverwalk gave me a high exposure location to showcase this sculpture. The public gets to enjoy a compelling and beautiful artwork, and I gain access to potential buyers, be they civic, corporate, or private.

I worked with the city's parks and recreation department, as well as the city attorney. The city also provided a bucket truck and an arborist, for determining how to string the cable between trees. Part of the reason I chose this particular spot was it's immediate proximity to the fire station, where all those fire folks could adopt it and dissuade rambunctious teenagers from causing mischief.