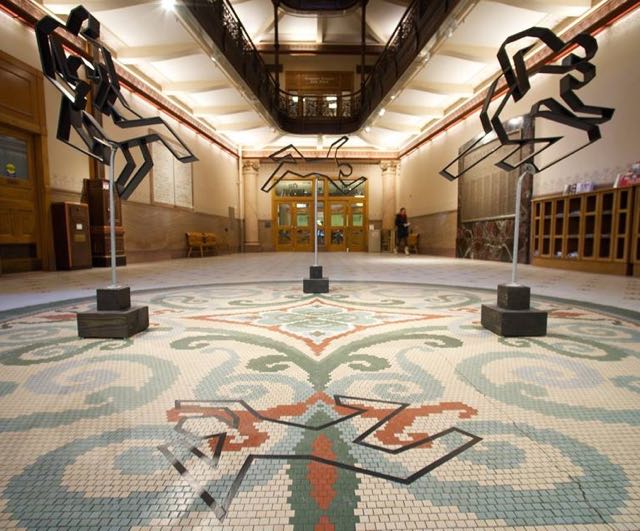 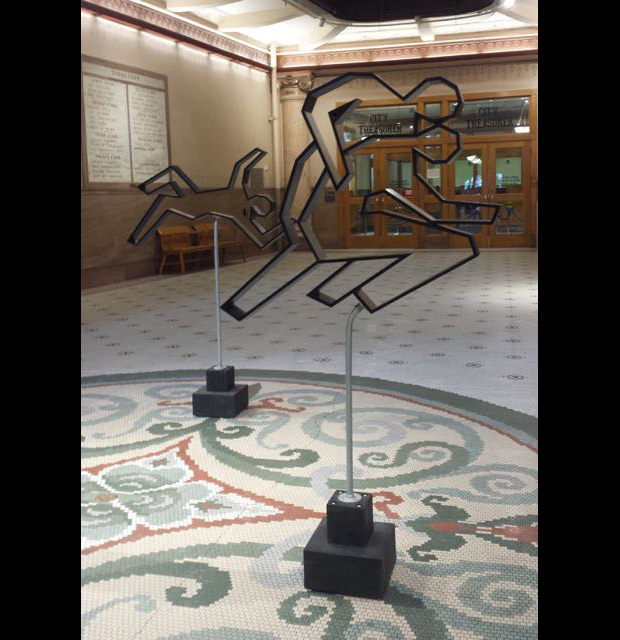 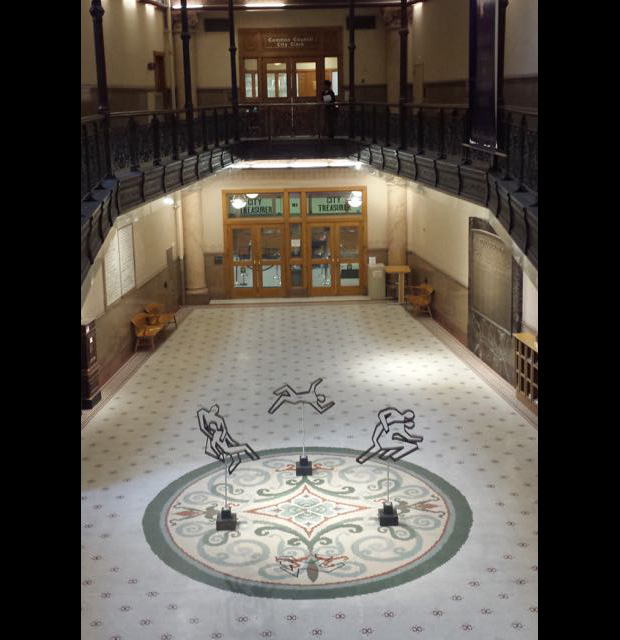 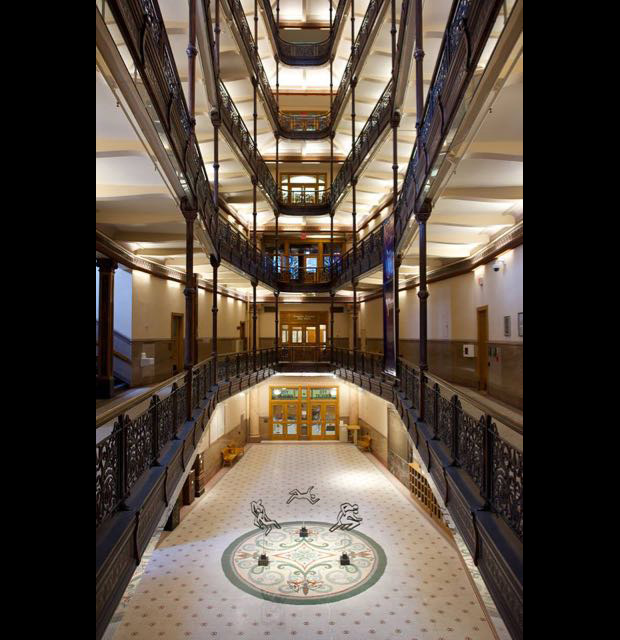 This sculpture is meant to be a narrative of the shooting and murder of two young men hanging out on a street corner in Milwaukee on a day which Mayor Barrett had proclaimed as “Ceasefire Sabbath”. Each element stands 75″ tall and is cut and mitered out of hard wood. This footprint was 15 feet on each of the four sides

This project was built on "spec" and was exhibited at Milwaukee City Hall during "Black Awareness" week. This was appropriate since the greatest number of homicides in Milwaukee take place in the urban environment among people in the African American community. This sculpture celebrates the lives of these innocent young men who died needlessly and who are forgotten just as quickly as yesterday's paper.

I collaborated with one of the young men who was on that corner and who had held his friend in his arms until he had bled his life away. It was he who had informed me of the tragedy and who gave me the backstory to help me visualize this event and its aftermath. I also met with Mothers whose sons were involved and got their perspective on the fear that overwhelms a community when senseless events like this happen.

The sculptural element on the left is "Urban Pieta" and describes Terrell holding his friend until his death. In the center is "Run Red Dead" which describes the second young man killed. On the right is "Rites of Grief" which describes the grief that overwhelms a family that undergoes this sort of trauma. This grief is not only never forgotten, but is reinforced by the next street corner shooting.