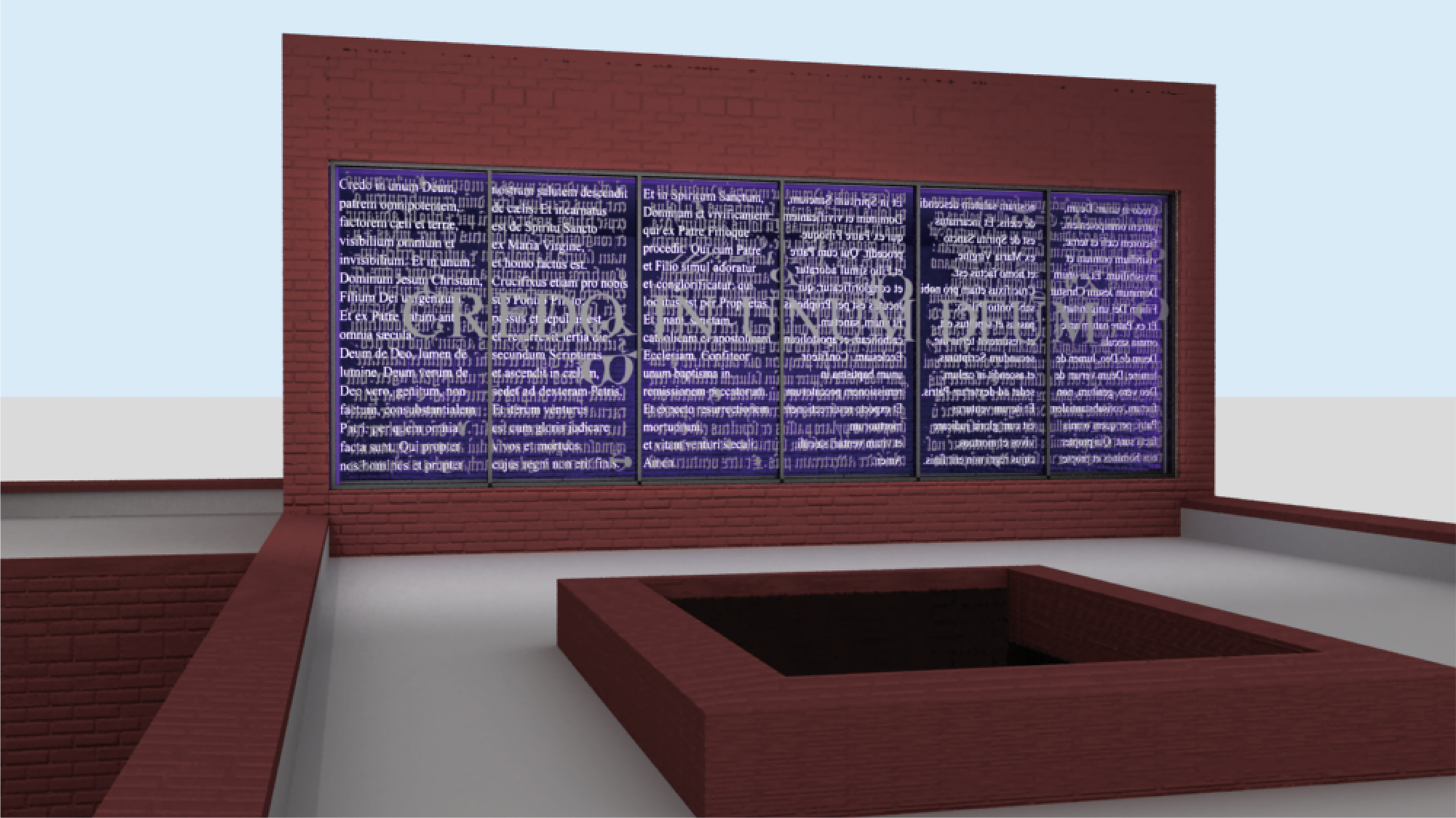 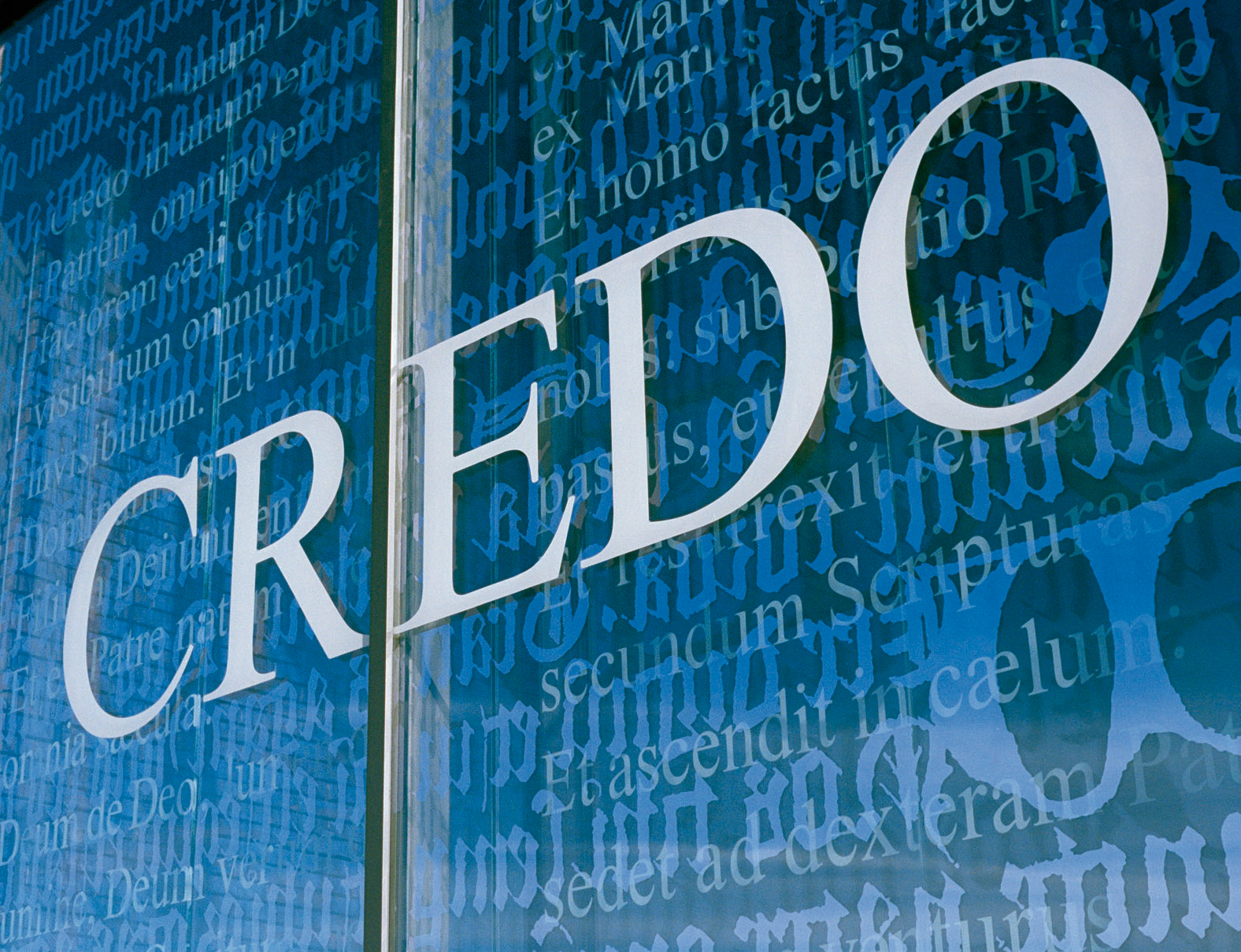 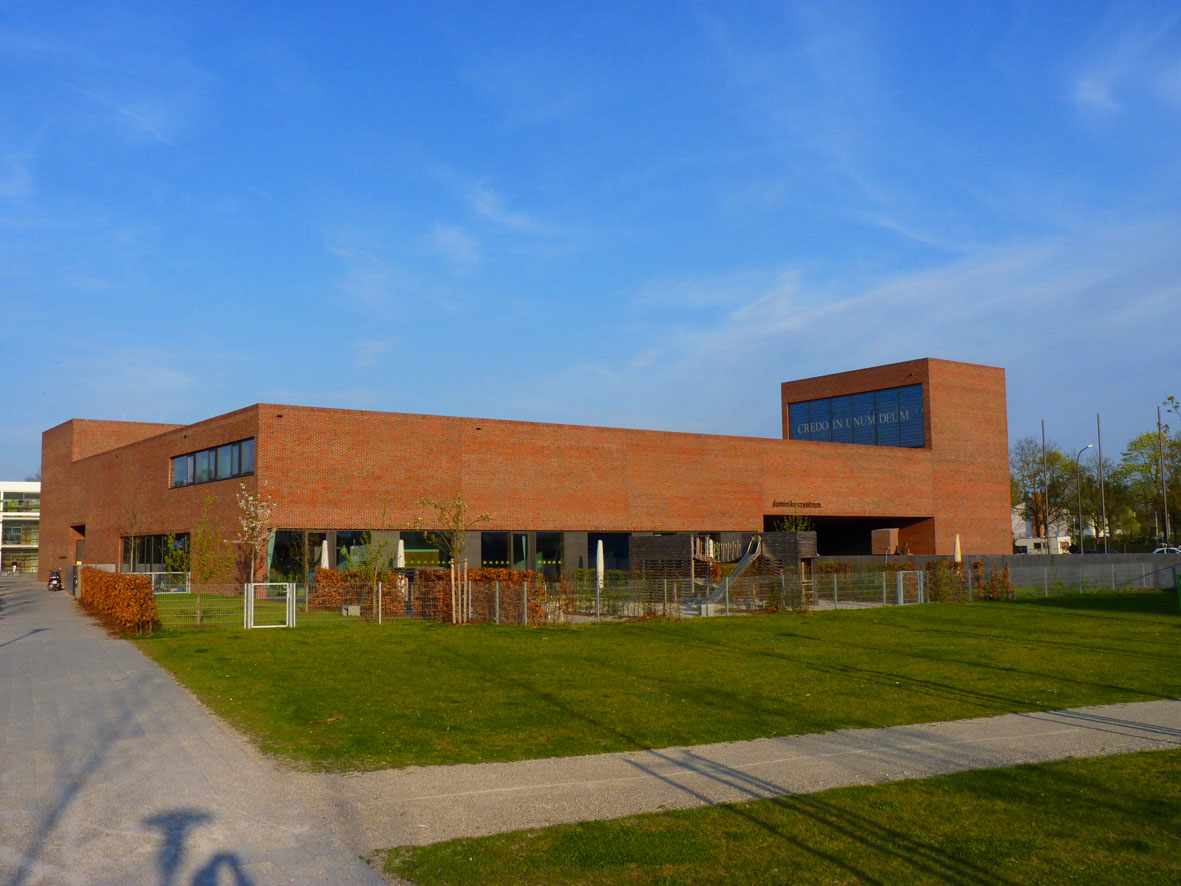 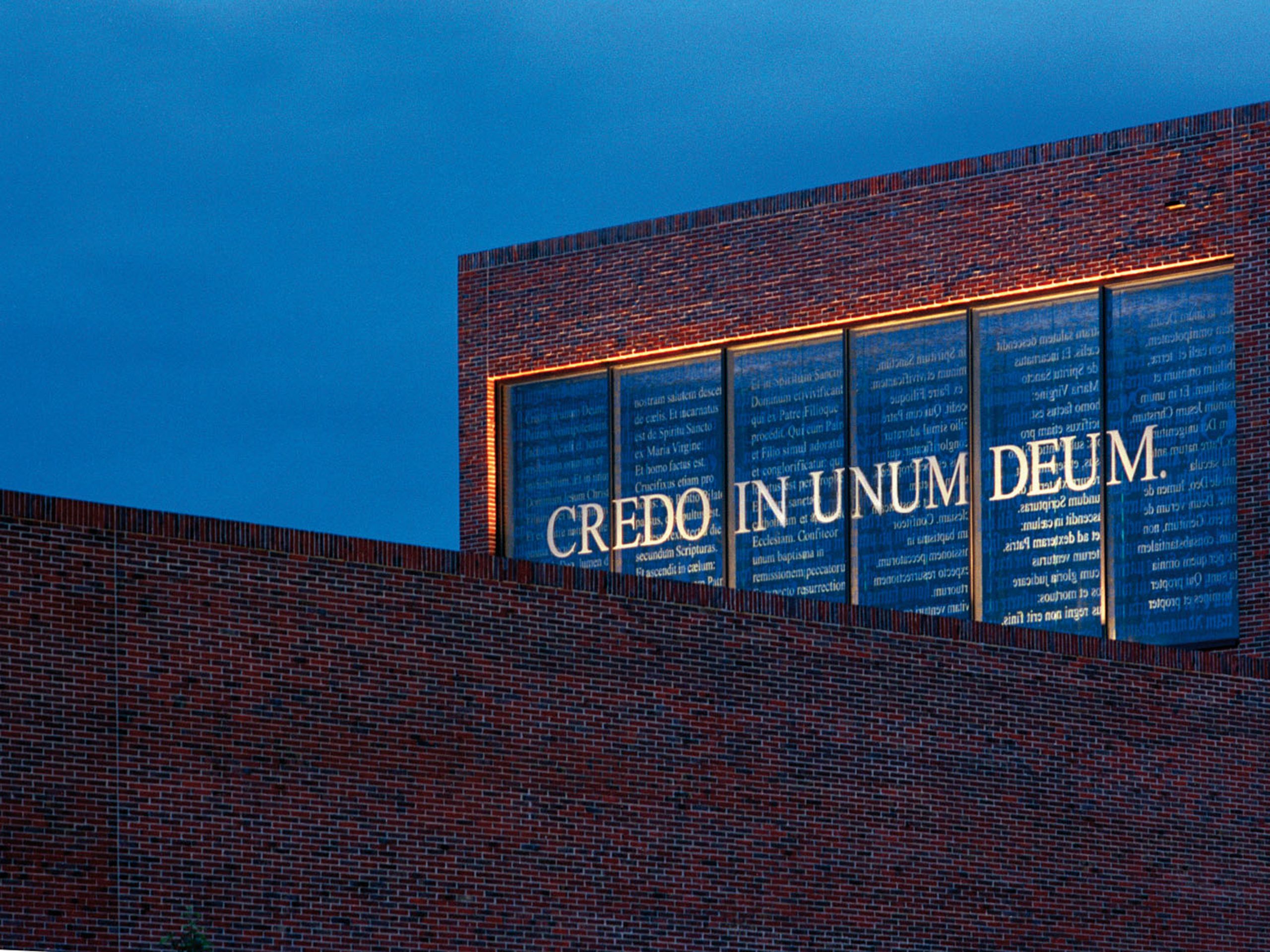 CREDO, 2008. In cooperation with Glasmalerei Peters Paderborn/Germany. However, not only indices, barcodes and diagrams play a role in Horlitz’s work;
texts also feature time and again. Even from a distance, the words CREDO IN
UNUM DEUM, the beginning of the profession of faith, are legible on the large window of the Dominikuszentrum in northern Munich. Depending on the light,
the entire creed can be seen beneath the greyish white letters in the shape of a handwritten document from a 15th-century missal. It can then be rediscovered,
on a second level, in a modern typeface.

LEDs and floodlights illuminate the glass
and mirror words. The result is a range of different moods, degrees of legibility and trans formations depending on the weather and the light. Passers-by and the visitors to this area are not only aware of this message in the tranquil and subdued interior but also in the midst of hectic city life. As a result of the choice of the ecclesiastic universal language Latin and the different levels of writing and type faces, the diversity of a communal whole emerges. The translucency of the glass enables the interior and the exterior to merge. It is this feature alone that makes the work truly comprehensible. While artists who were recently commissioned with the design of church windows for historical sacred buildings, such as Gerhard Richter (Cologne Cathedral), Sigmar Polke (Grossmuenster Cathedral, Zurich) and Neo Rauch (Naumburg Cathedral), all resorted to classic stained-glass painting, Andreas Horlitz, on the other hand, used texts in a new building which inspire re flection in more ways than one.