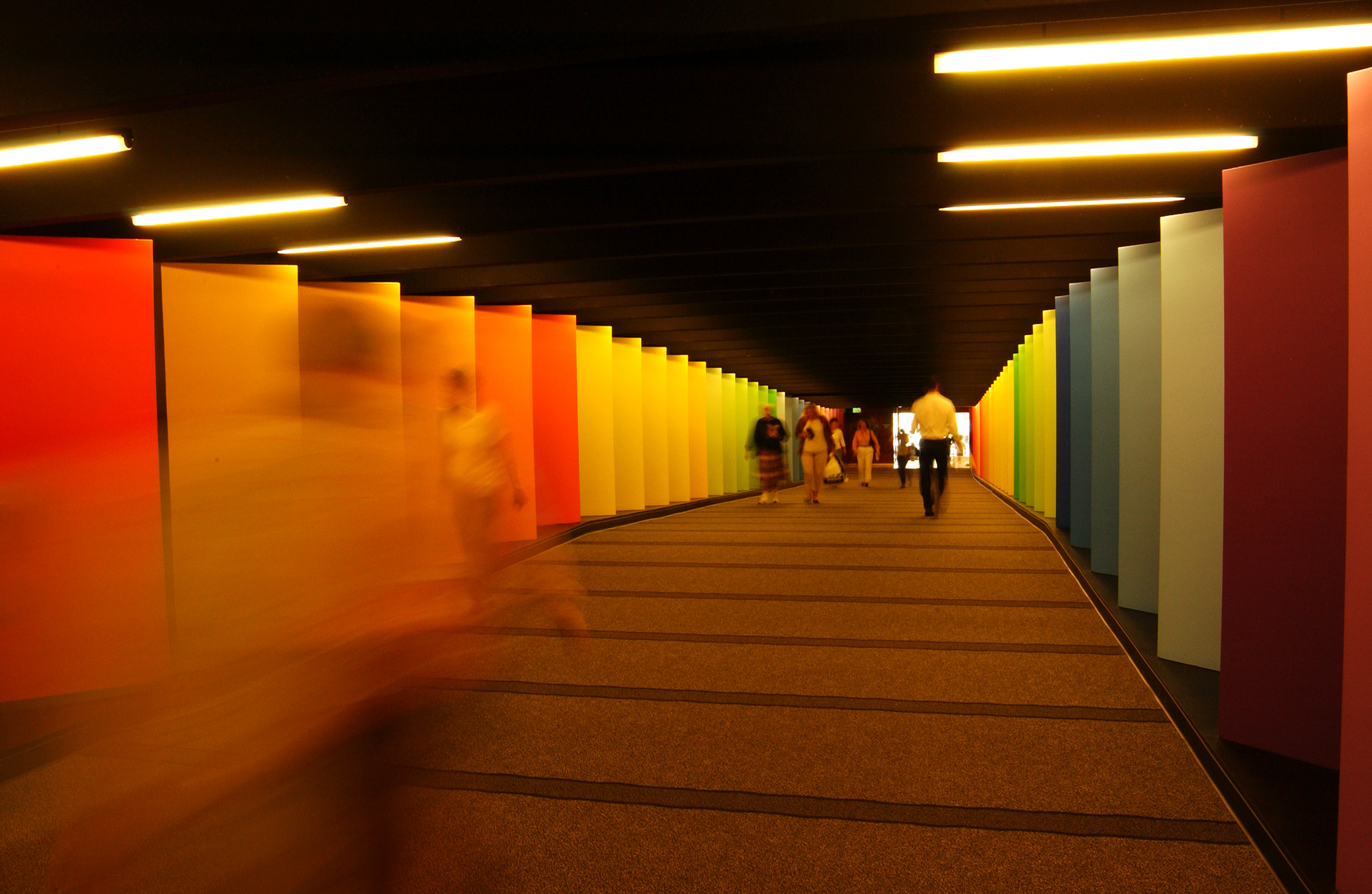 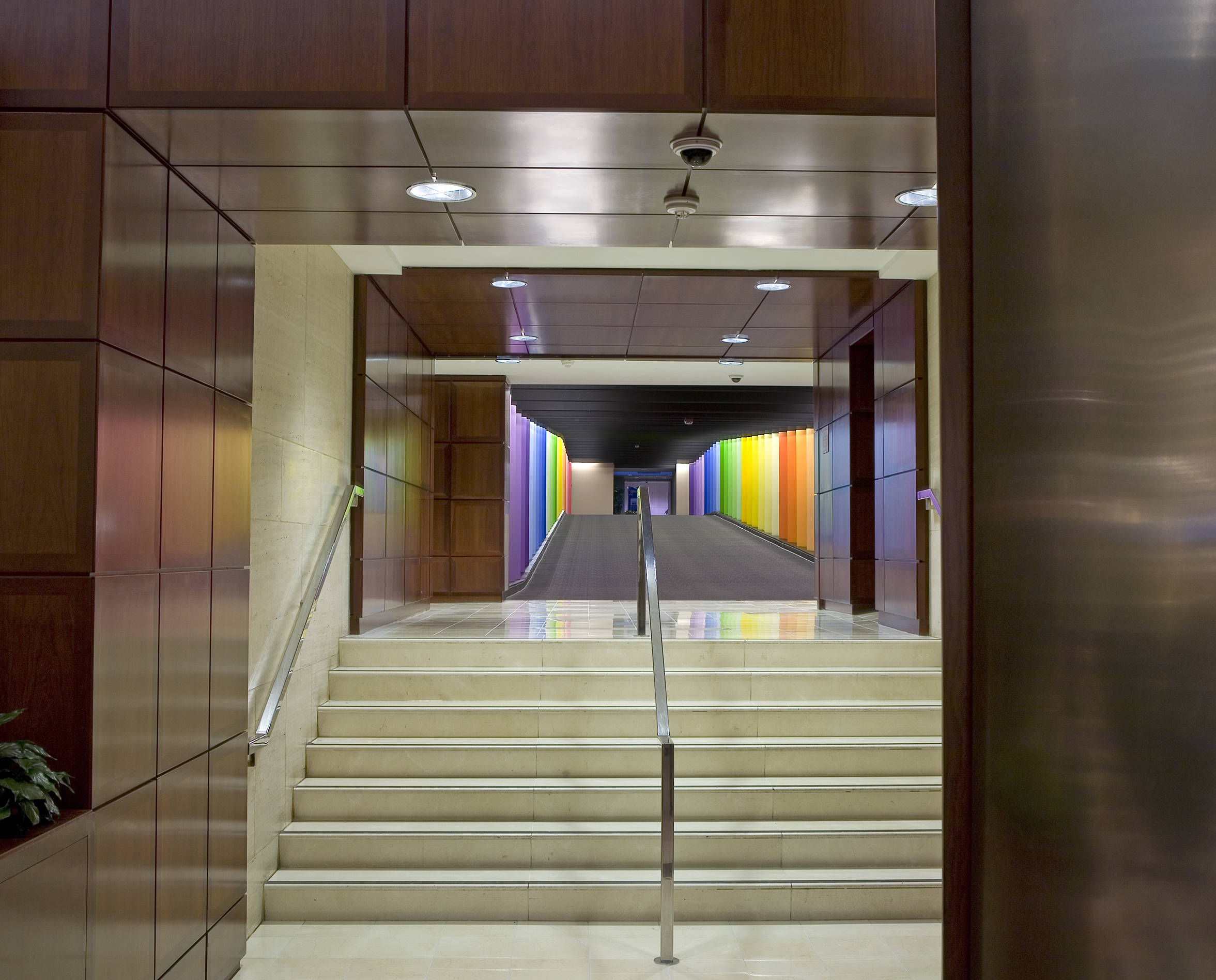 Wells Fargo Corporation required a pedestrian tunnel link between two bank facilities. The corridor was constructed within an existing parking deck with a 7’-8” clearance. The innovative solution used a now obscure color theory developed by Fredrick Munsell, a 19th century color theorist who developed a mathematical measurement for hue, chroma and intensity of color derived from the primary, secondary and tertiary color wheel. The walls are constructed in a zig-zag pattern allowing the color sequence to be read from both directions. The corridor has been described as dramatic, distinctive, calming and restful.

Our goals were relatively simple. We solicited the client to consider this simple project as an opportunity to make it an event as opposed to simply a pathway for communication between two buildings. The idea of the color way was developed internally by the architectural firm. The artist who painted the walls was actually employed in our company at the time and worked to develop the color palette (hue, chroma and intensity). It was then presented to the client and thus accepted. Our project team performed the actual installation / application.

As stated above, the collaboration occurred mostly internally among our office staff. Our office is made up of architects, interior designers and graphic designers. On occasion we collaborate with artists outside of our office, but oftentimes create the entire project concept internally and execute the finished product.

Yes, this project is phenomenally successful for a couple of reasons. One, it was relatively inexpensive to produce as it is mostly gypsum wallboard, painted carpet, and lighting. Second, the unique aspect of the design was revealed by a visitor from a foreign country who told us that the project fascinated her because once you entered the confines of the space, that your conversation is instantly reduced to a much quieter discourse. Basically, conversing very quietly within the space perhaps because it acts as a subliminally potent force and validates the power of color in design.