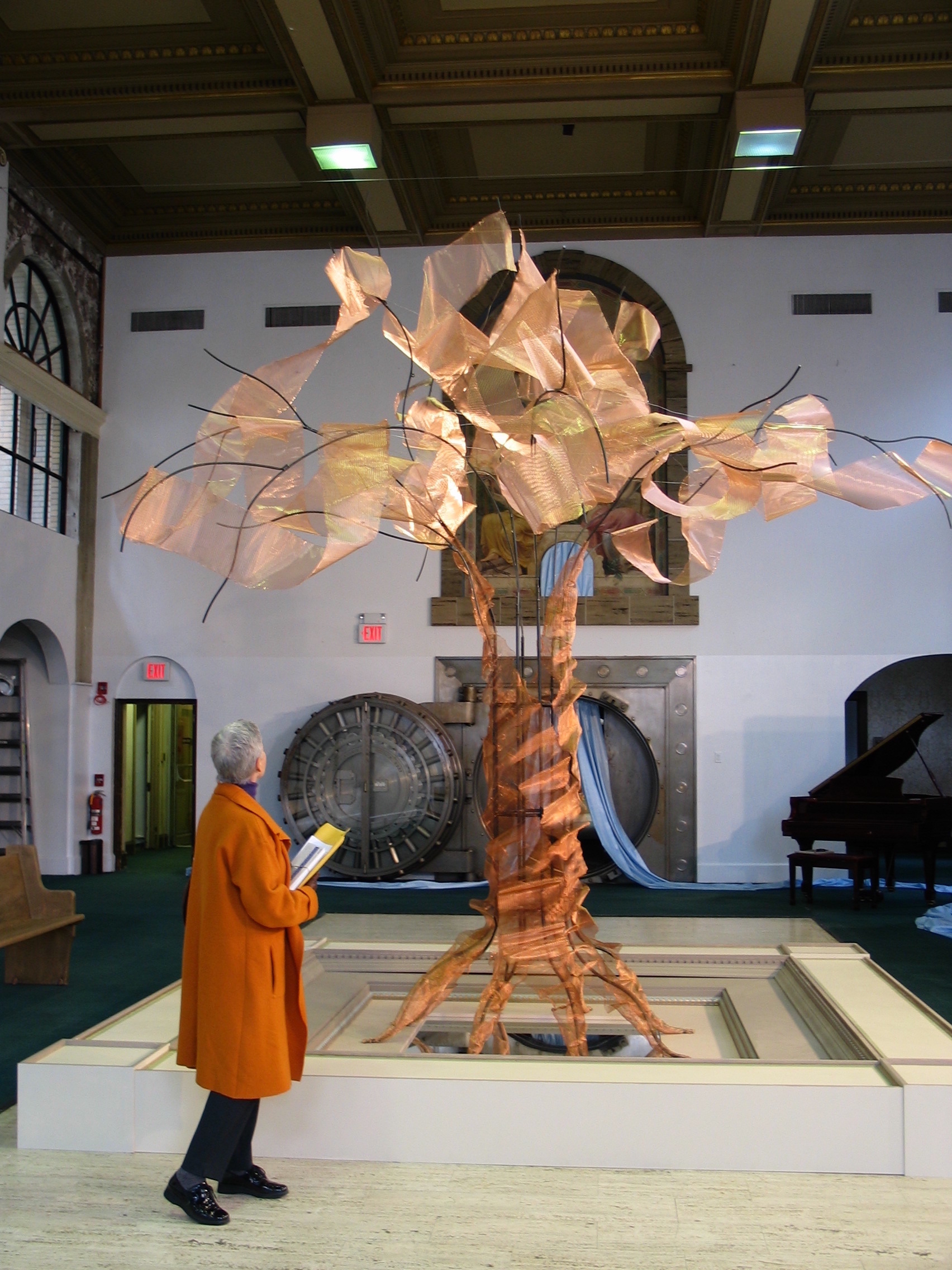 The concept for "Copper Beech: People’s Trust" is a tribute to two city landmarks—a famous local tree as well as a classically ornamented bank building saved and restored by the sponsor, ArtsWestchester. The architecture of the building’s “Grand Banking Room” from 1930 is literally reflected in a painted wooded floor base with inset mirror that borders the 16-foot-tall tree made of steel and swirling ribbons of copper mesh. The mirror underneath the tree’s roots offers an illusion of infinite depth when approached, as if a matching upside-down tree reaches downward from the copper tree reaching up. This image of an "axis mundi" or “world axis” is fitting for an arts institution that has helped to revive a city. Other mixed-media details like blue silk, simple benches, and old photographs refer to the city’s founding and history. This temporary site-specific installation design has being adapted to smaller spaces with their own unique histories.

The artwork was initially inspired by a grand architectural space as part of a competition with NEA funding, sponsored by ArtsWestchester. My site-specific installation was designed in response to personal research about the building’s and the city’s history, during which I discovered the story of the Copper Beech tree. This tree stood outside the White Plains Library and was saved by a community support campaign during urban renewal. I turned to local history groups for further information and to set up a public tour. I also collaborated with two fine art fabricators to build the steel tree frame and the ornamental wooden base that echoed the coffered ceiling. Most crucially I worked with Dexmet Corporation in Connecticut, an industry supplier, to manufacture the precise copper mesh that I needed in quantity for the tree’s foliage. The project was overseen throughout by Rosemary Erpf, art consultant and curator, who also wrote a catalog essay. ArtsWestchester director Janet Langsam adapted to budget issues that arose and was a strong supporter of this project .