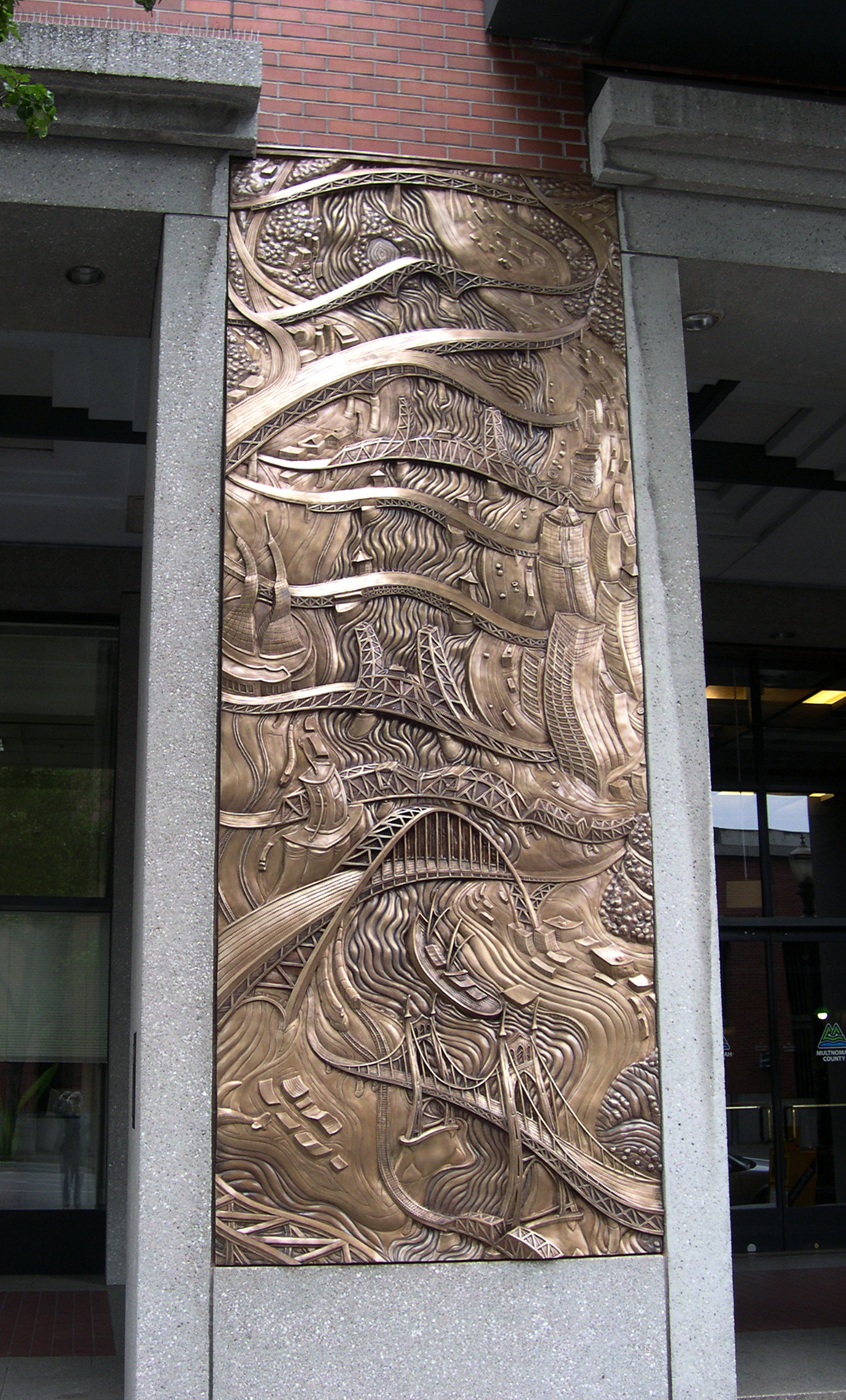 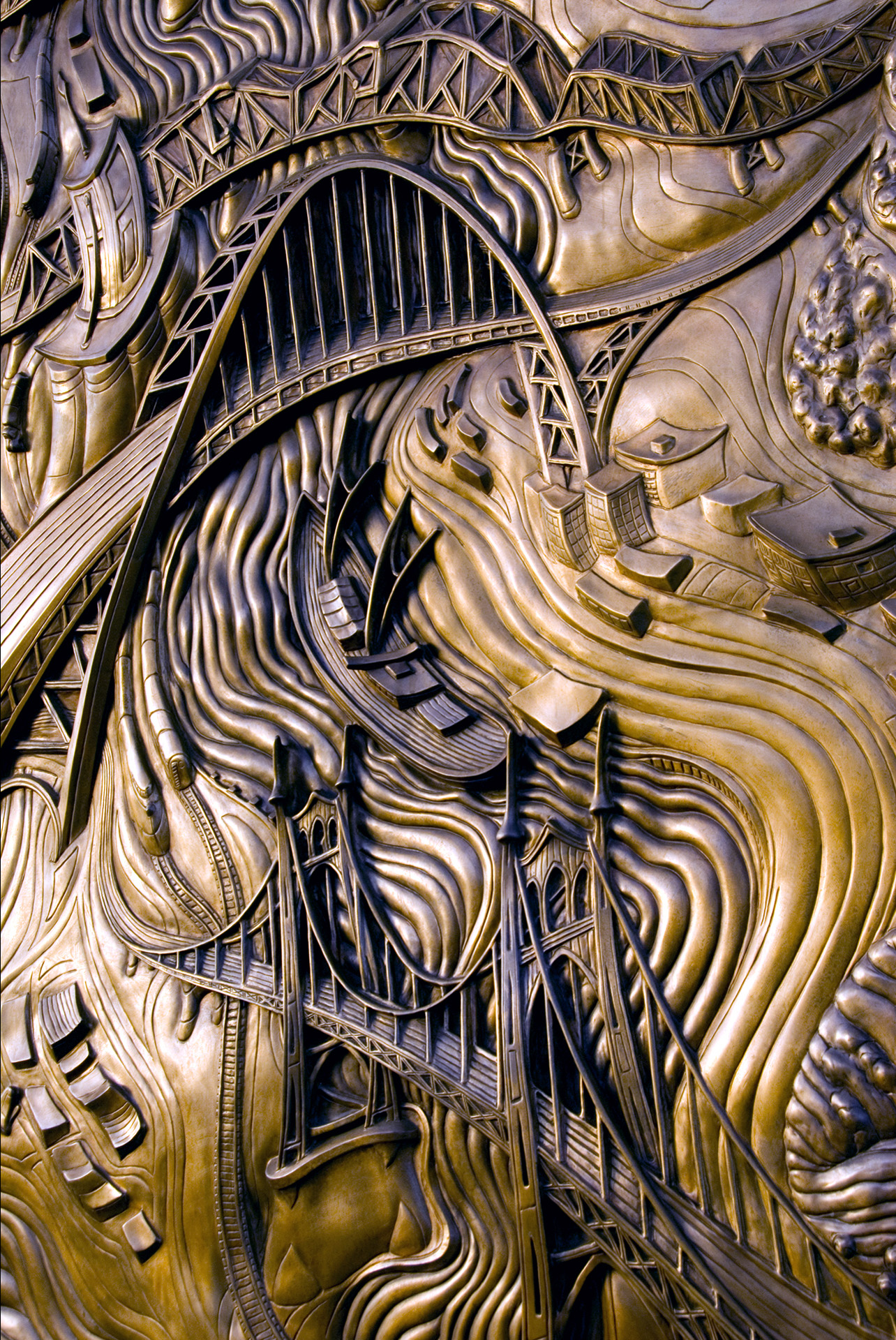 Two bas-relief bronze panels sited at the main entry to the Multnomah County Building, Portland, OR. Each panel is 14 ft. high, 5.5 ft. wide and 4 in. deep. The two panels represent the urban and rural aspects of the county. Bridges, roads and water images are metaphors for the County’s many governmental functions. The panels also suggest Portland's connection to the Pacific Rim with their oblique reference to Asian scrolls.

The Multnomah County offices are housed in a former bank building with a nondescript front entry in a covered walkway behind brick columns at the sidewalk. The entrance doorway was difficult to see from the street. The design committee wanted a sculptural feature to identify the entry, and asked for surface treatment of the two brick columns. The building itself has no really distinguishing architectural features; it's basically a big square brick box on a highly-trafficked street. The two bas-relief panels are framed by the concrete surrounds on the brick facing of the columns, and thus are very integrated into the building facade. The highly detailed surface of the panels is easily seen from a pedestrian point of view, as visitors to the building pass through the columns to the entry doors.

This was a project designed as an enhancement to an existing building, so the collaboration came mainly between myself as the artist, and my foundry, T. Hunter Bronze, Walla Walla, WA. I sculpted the panels at full scale in clay; they were then cut apart, molded and cast in sections approximately 2 ft. x 2 ft. Once cast, the sections were welded back together and then tooled to recreate the texture and lines of the surface where the cuts were made– a laborious process due to the number of small sections over 154 sq. feet of the two panels. Foundryman Trevor Hunter, and Brian Heinzman, my apprentice at the time, also traveled with me to Portland to assist with the installation of the panels. My wife, Jeanne McMenemy helped early in the project, digitally placing my original drawings into a photo of the building for my proposal presentation, and enlarging and printing the drawings to scale for use as templates and aides to the sculpting process. This project was funded by Multnomah County Percent for Art and administered by the Regional Arts & Culture Council in Portland.

These panels fulfill the original design brief of the art selection committee: to make an inviting and eye-catching entrance for this building. It was a very rewarding project.