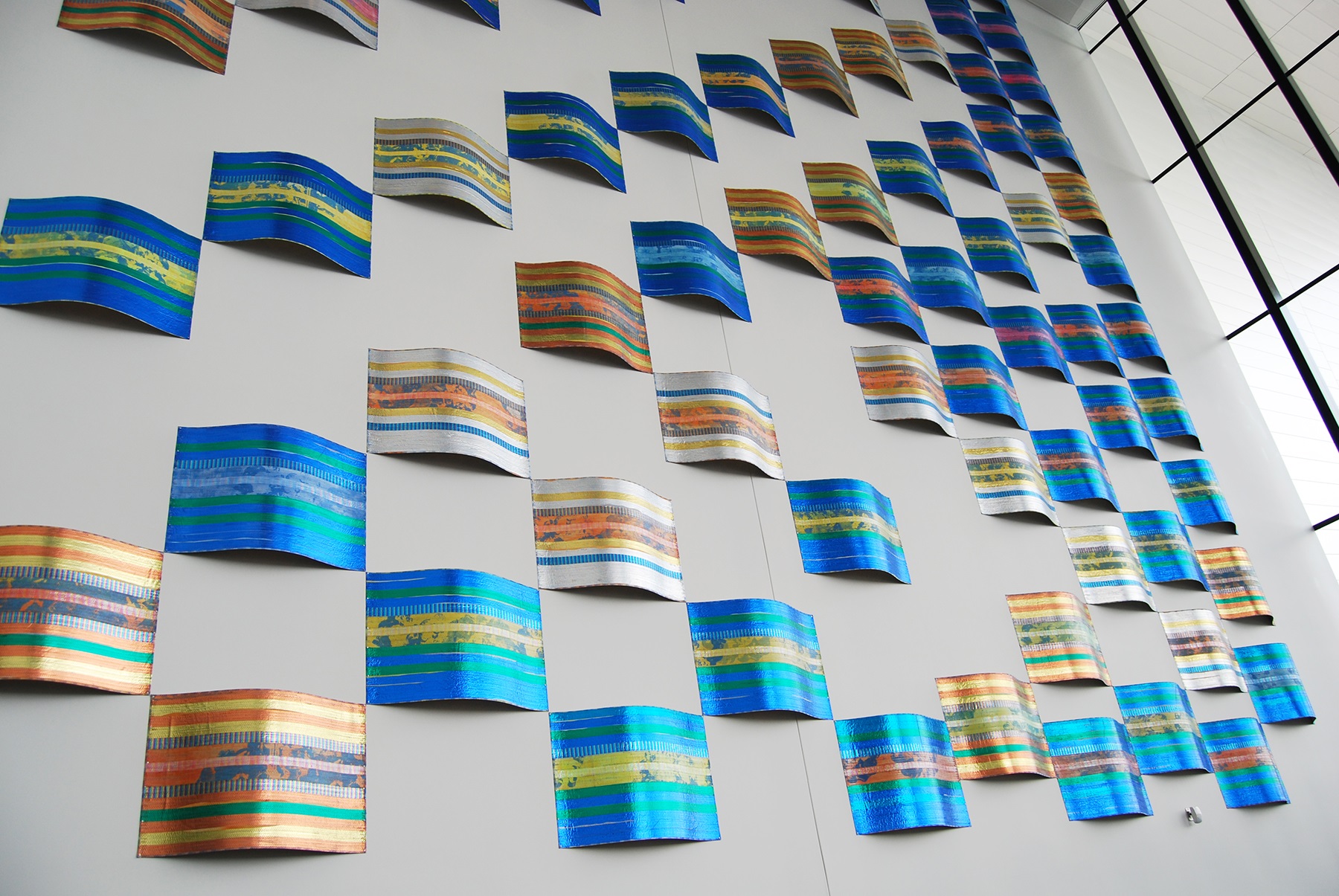 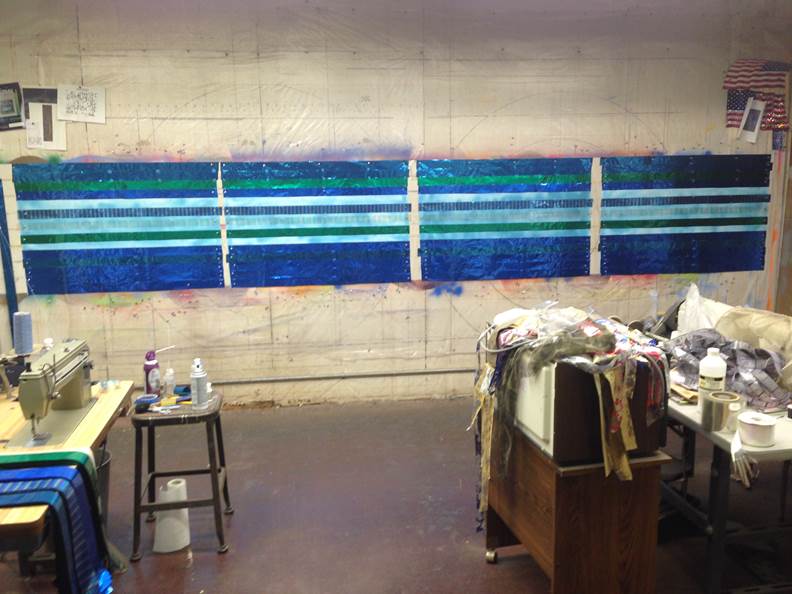 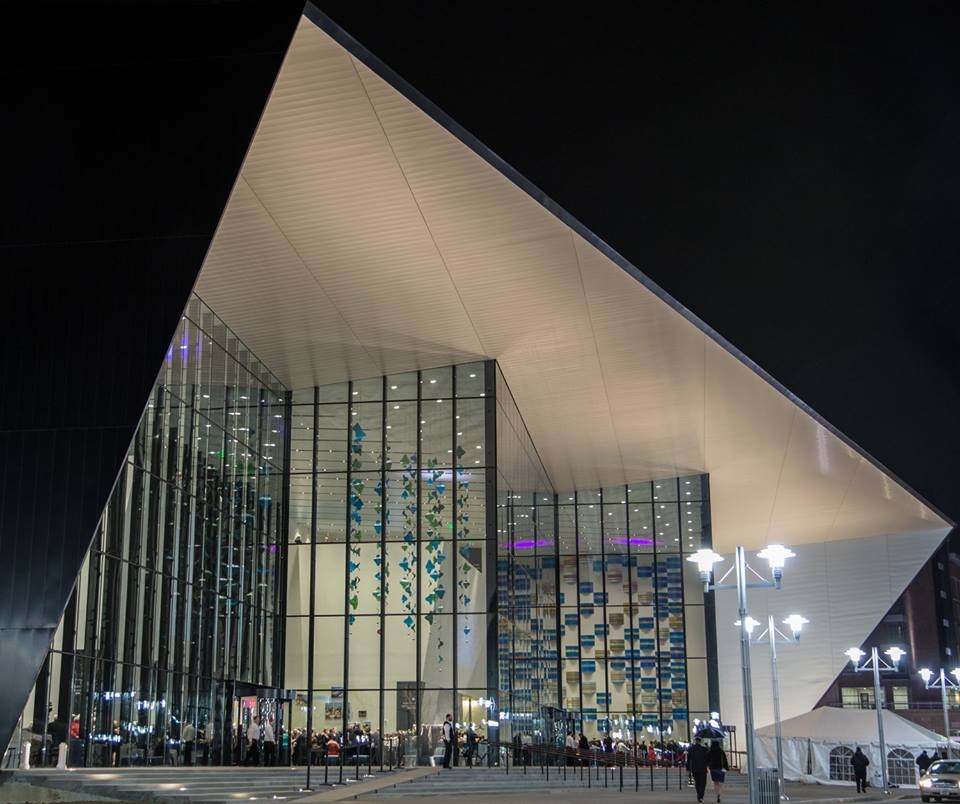 The brand new Owensboro Convention Center in Owensboro, Kentucky is the icing on the cake of a 40 million dollar river front revitalization project in the heart of downtown. It is important to the city of Owensboro for art to be incorporated into as many public places as possible both indoor and outdoor and public and private facilities. With the Owensboro Convention Center the Mayor, the City Commissioners and the Convention Center all touched on the theme being about the Ohio River and the life force that it is for the city. All three of the pieces commissioned for the facility were to blend with in the theme of the river.

Studio Slant was asked by the City of Owensboro to participate in a search for artists to produce art work for the new convention center. The curator of Slant Slant, Katherine Taylor, was a student of Arturo and was thrilled to represent him in the search. Drawings, samples and placement options were presented to the Mayor of Owensboro, Dean Dennis of Global Spectrum and the Mayor Pro-Tem of Owensboro. They then narrowed it down to three artists, all represented by Studio Slant, and planning began. Arturo and his team work diligently for months to complete this project, each section takes about a week to make. Installation took about 2 days and work with Denark (the builders) went exceptionally well.

The goal of this project was to draw the eye and the people to the other end of the convention center. It does just that and more. People stand below and marvel at the intricate details of the craftsmanship and at the sheer magnitude of the project. It is a stunning example of how one small town brought beauty and art into their community and value those that create and that which they create.