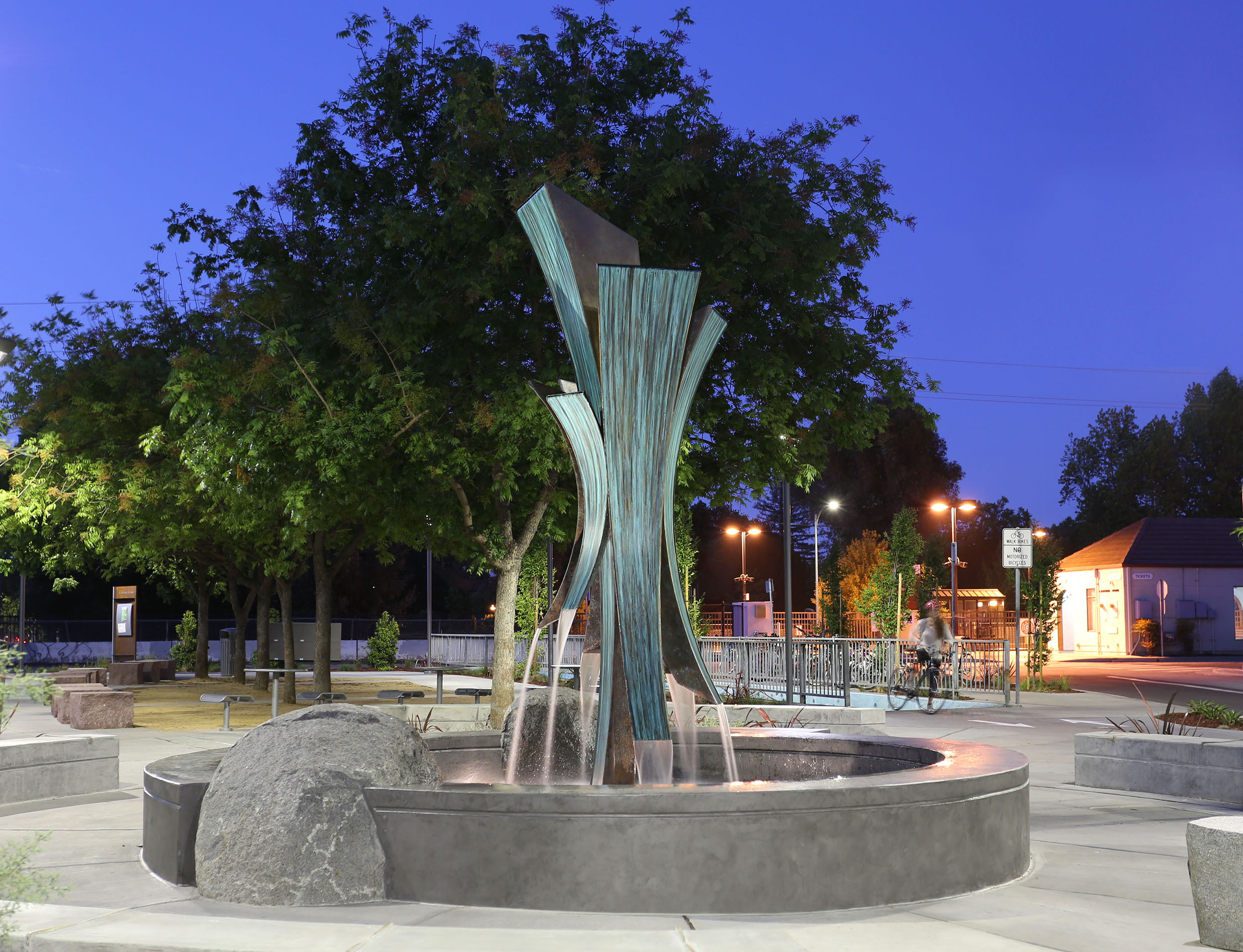 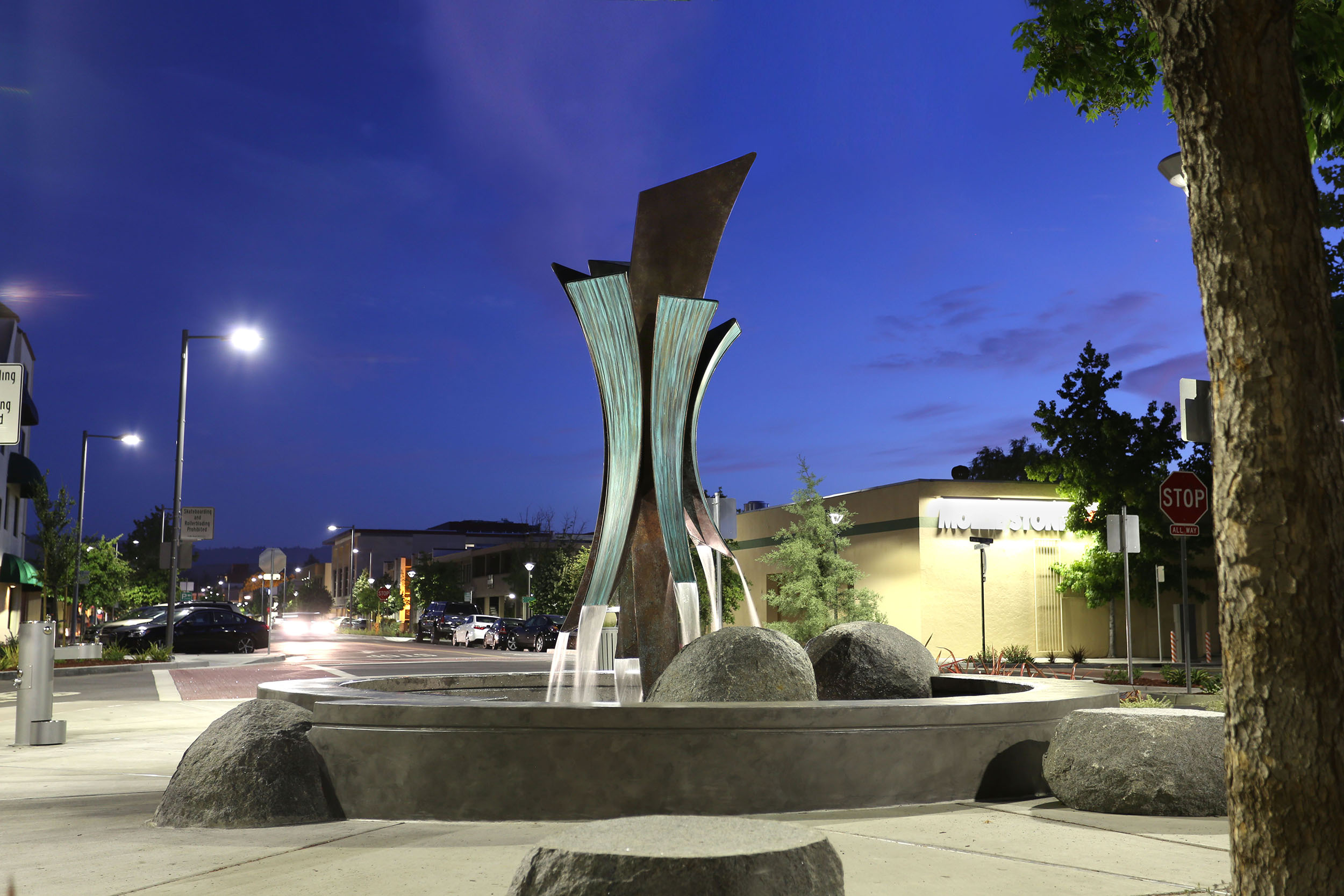 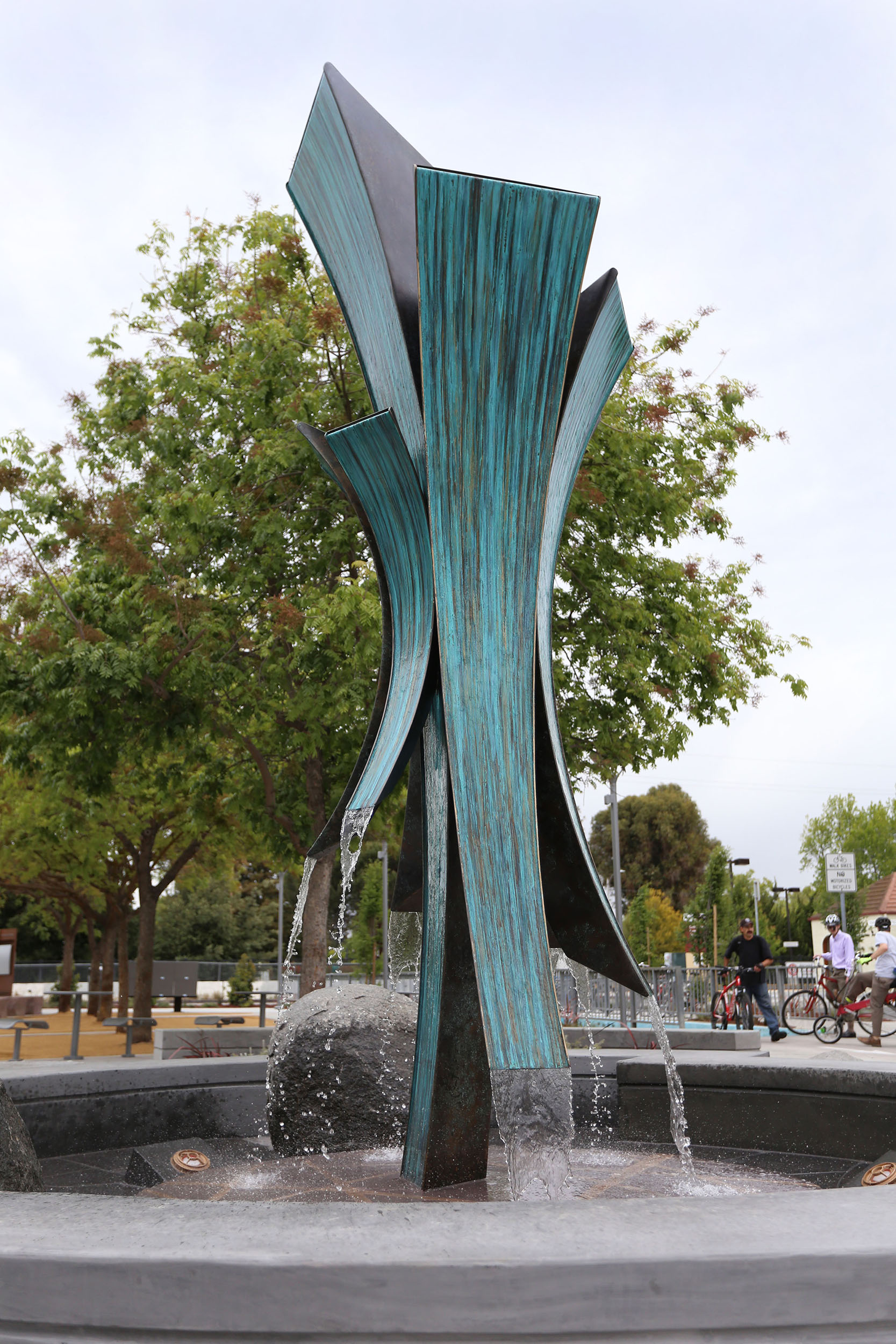 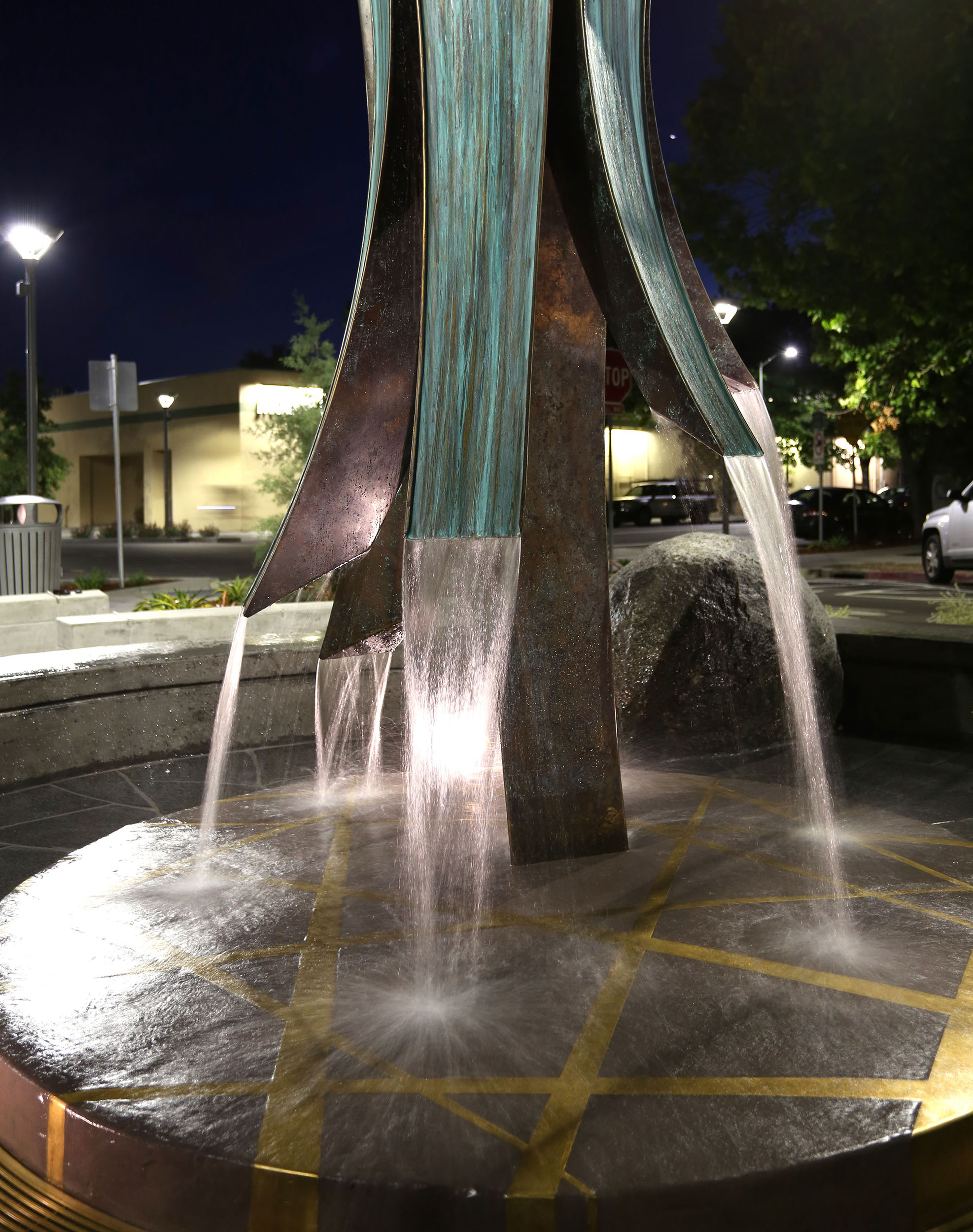 As part of a major renovation to the streetscape of one of Palo Alto's liveliest shopping districts and transit hub, the city wanted a placemaking water feature for a new plaza at the Caltrain Station.

The gentle curves of the 7 crescent forms guide water down their faces, falling at varying heights. Michael worked closely with Gates & Associates landscape architect to integrate the sculpture into the plaza.