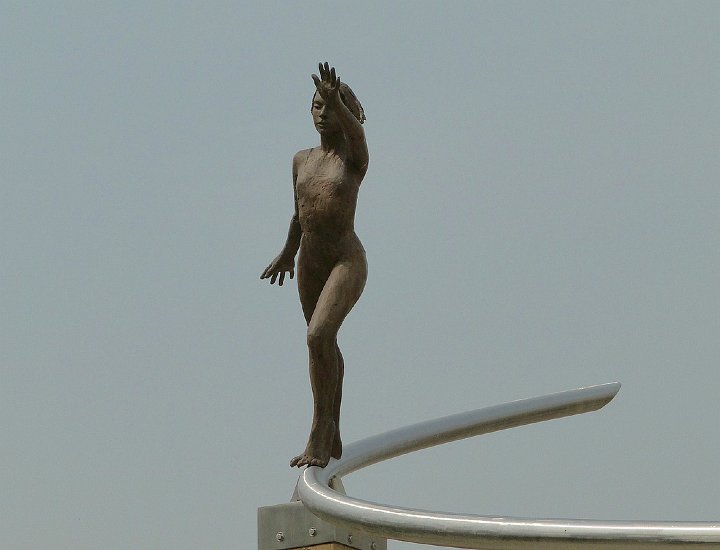 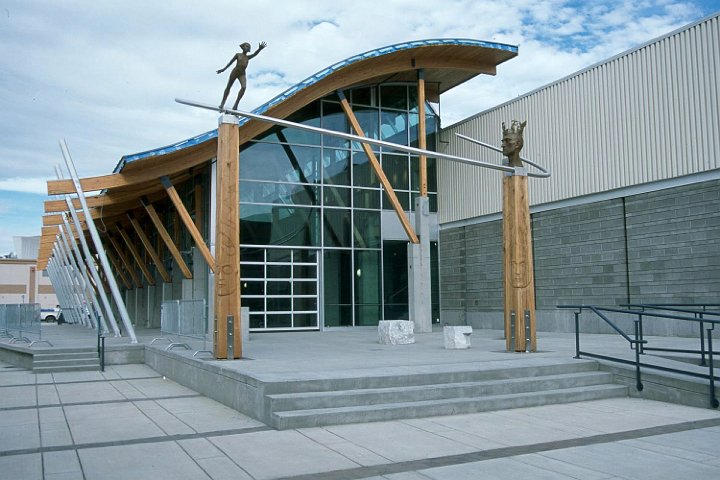 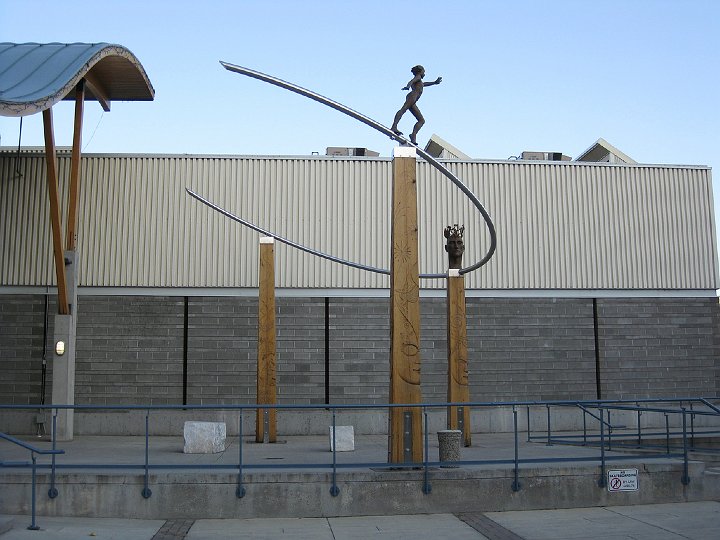 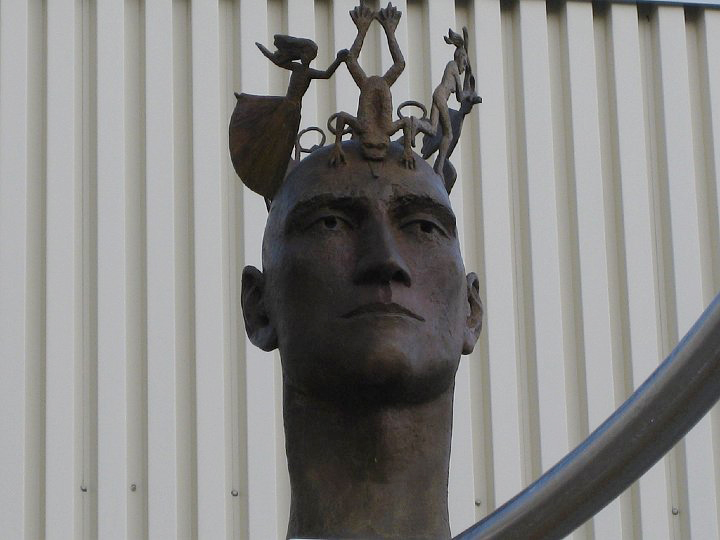 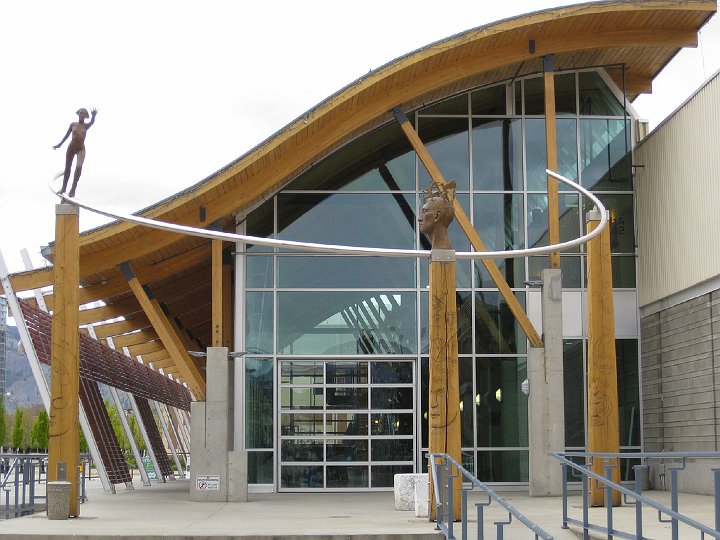 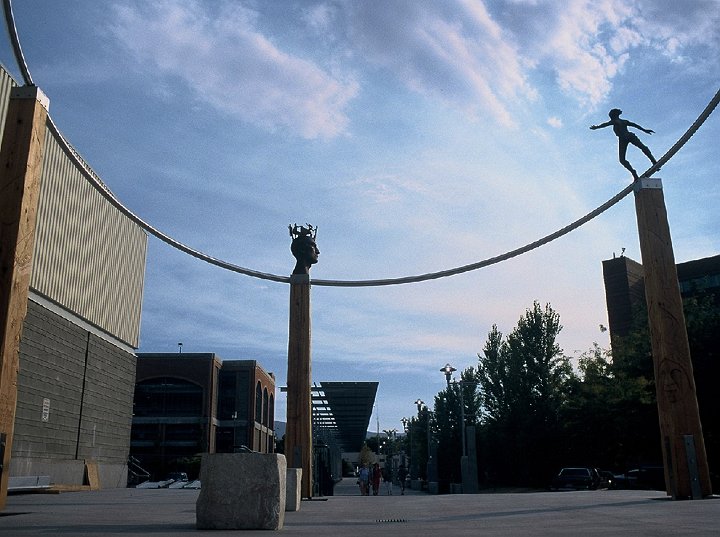 Designed by Hotson Bakker Boniface Haden Architects, the Rotary Centre for the Arts is a multi-purpose venue providing a wide array of activities including theatre, visual art, music and festivals. Our commission is sited to take full advantage of the designated space at the south end of the new atrium. It was important for the commission to reflect the activities within the centre. Each Obelisk represents an art form; literature, visual arts and performing arts. Two of the Obelisks also support cast bronze elements, Thinking Head and Acrobat - they represent the central concept of creative thought leading to the creative act. Two marble podia have three pairs of footprints carved into the upper surface which make reference to the three sculptures made in Kelowna by Zhao Lei, Marion Lea Jamieson and Dawn MacNutt during the symposium. Zhao Lei carved the footprints based on his work himself, whilst we carved the others. We also based themes on the Okanagan Valley.

After being selected Diane and Phil designed the commission in the UK - we were given photos of the building site, plans and elevations of the building. Whilst the overall form and concept was thought through in the UK, we decided that we should leave the designs for the carvings on the obelisks open - so that we could research, and be influenced by our experiences over the five months we were in Canada. Phil carved the sides of the obelisks in public at a waterfront site and was assisted by Haida Carver, Jonathan Yeltatzie who designed his own imagery. We were very lucky to meet Jonathan at the Turtle Gallery in Kelowna and were delighted when he agreed to collaborate with us. Diane made the direct plaster originals which were cast by the very helpful Pyramid Foundry in Kelowna.

Early One Sunday Morning; composed and played by Lola Perrin accompanies the slide show. We have included some of our design proposal drawings to compare with the finished work, and photographs by other photographers because the site was not quite finished when we left Canada. Thanks to Joyce and Bill De Meester, Tim Davis, Phil Edmondson, Jamica1 and Robert Penner, we can now show the sculpture as it looks against the finished building.