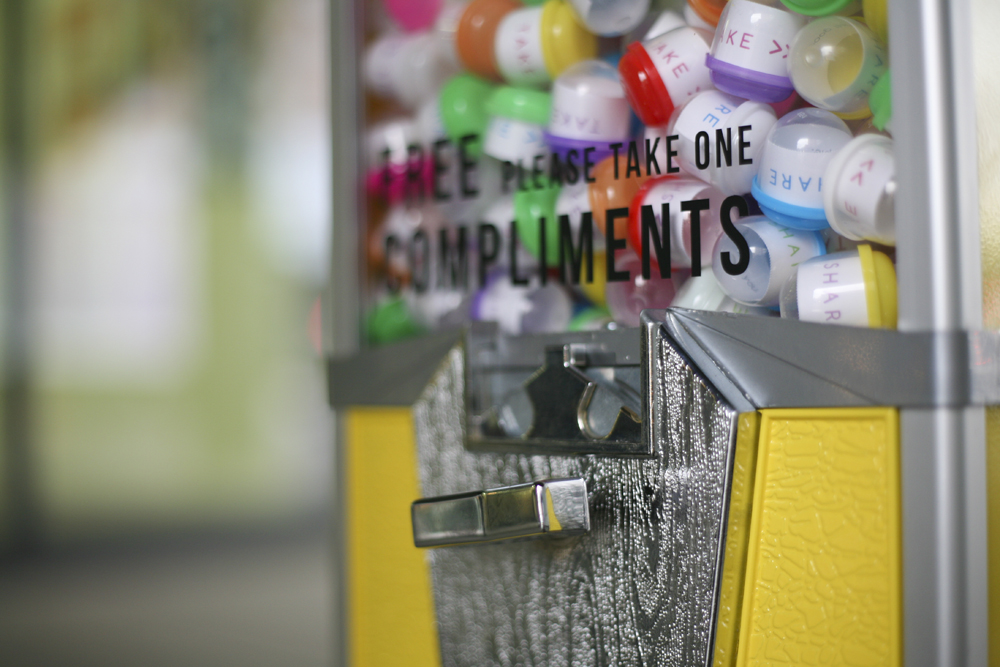 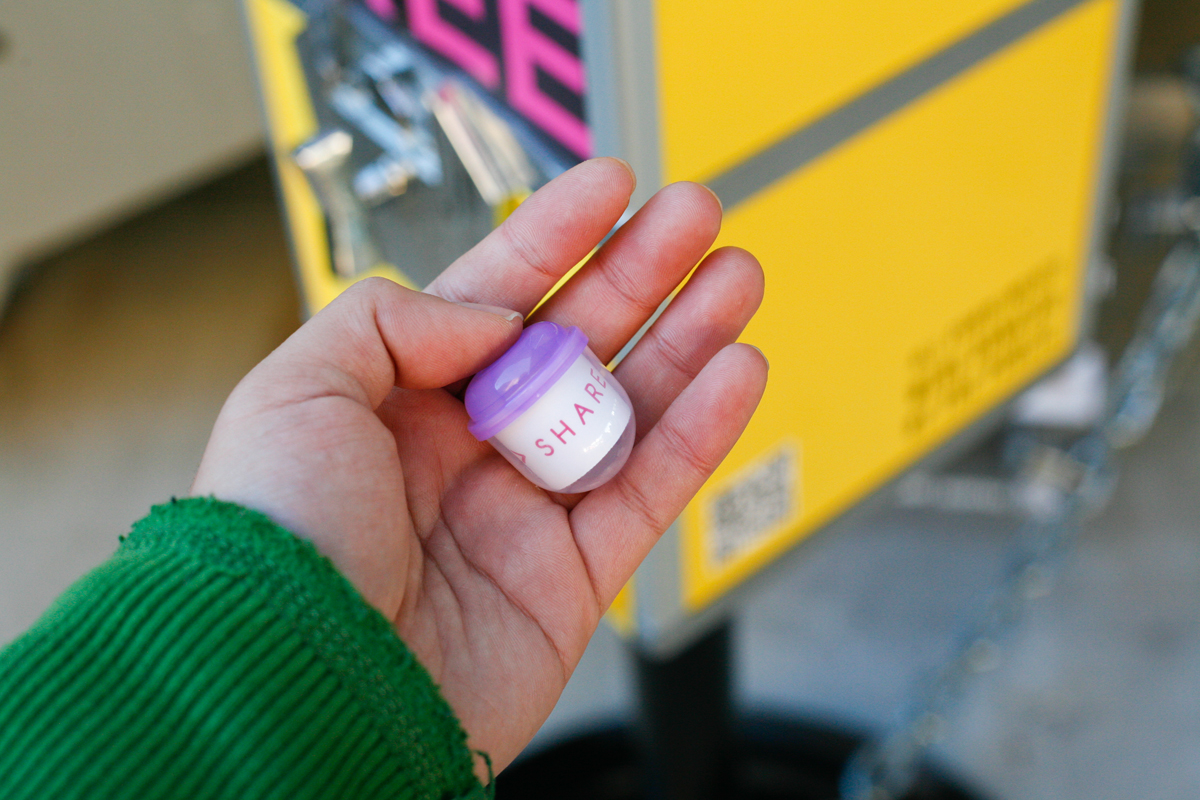 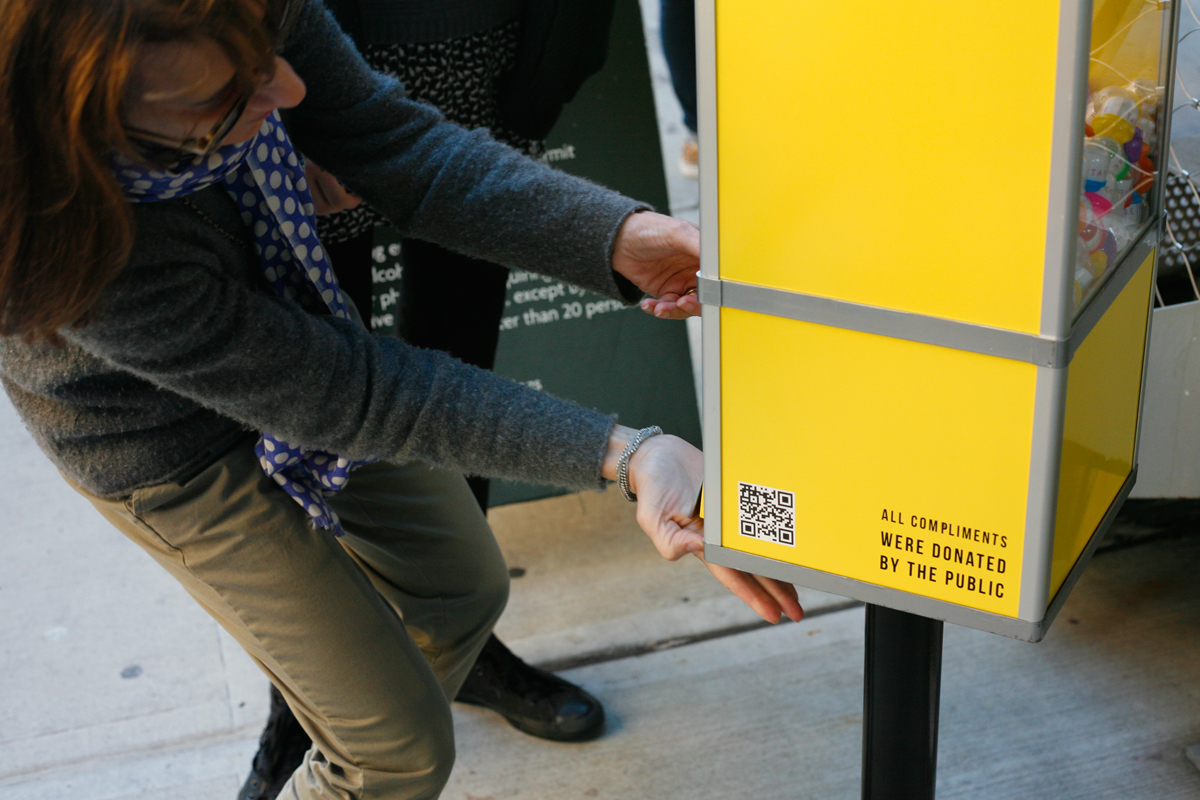 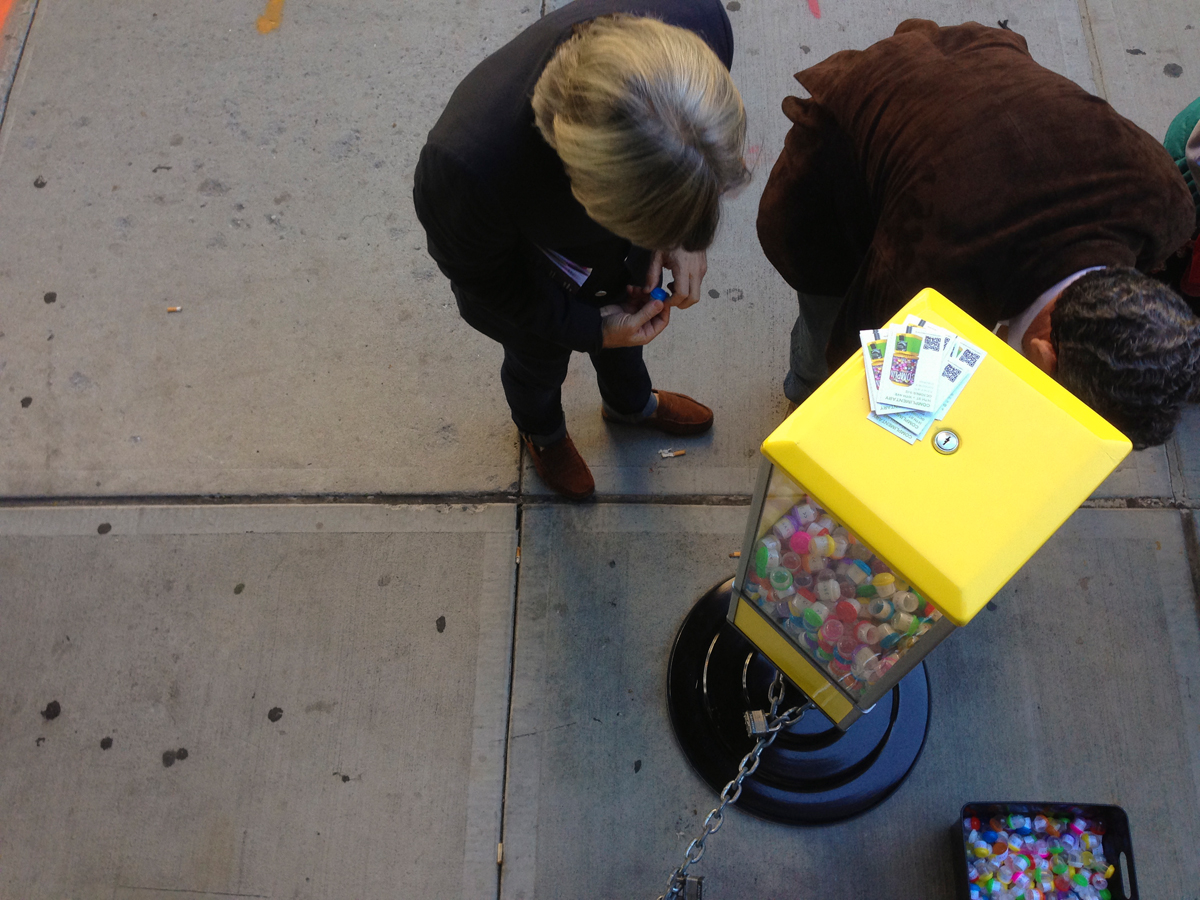 “Complimentary” is an interactive public installation that distributes free compliments inside capsules from an ordinary toy vending machine. All compliments come from members of the public and can be submitted either on-site or through the artist's website. The purpose of the project is to reinvent public space to be more engaging and playful. It does so by creating a platform for interaction and conversation among strangers and by offering a brief uplifting pause to one’s day. The project has been featured at Art in Odd Places and the Hudson River Museum.

The installation is an artwork in itself, though not commissioned. It was made for use by the general public, bringing art to the streets. It was made free and accessible to all, versus work that would be displayed in a gallery, museum, or residence.

The project was primarily a collaboration with the general public. All compliments in the compliment dispenser were supplied by the public, and then distributed to the public through interaction with the work. A Typeform survey was formed online to collect compliments. The site, located at bit.ly/submitcomp, was advertised through Craigslist, signage, social good communal work spaces, and other platforms. There was also a means for people to submit hand-written compliments on-site, adjacent the machine. The project itself was supported by several larger organizations who donated materials, including Northwestern Corporation vending company, TopNotchToys, TicketPrinting.com, and the Centre for Social Innovation. The artist was also aided in production by assistant Lindsay Curran, photographer Hodo Lee, and several other volunteers who assisted in transporting and setting up the machine.

“Complimentary” has garnered local and international media attention. Since its initial appearance at Art in Odd Places on 14th Street in Manhattan, the project has traveled to Martha Stewart's American Made Summit and the Hudson River Museum. It will continue to dole out compliments in its current home at the Centre for Social Innovation NYC, with occasional appearances at events and other public spaces.