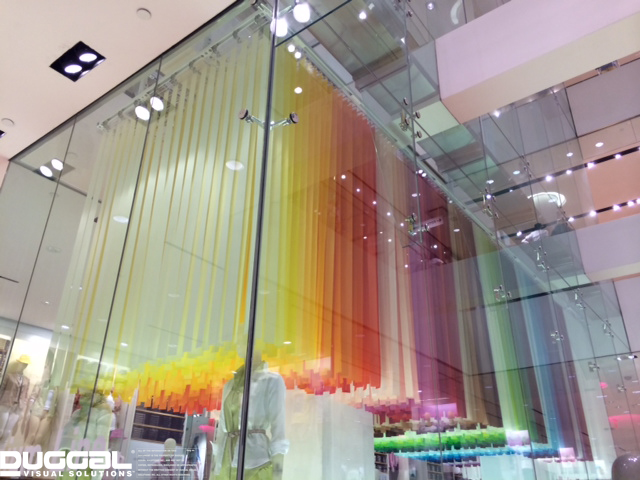 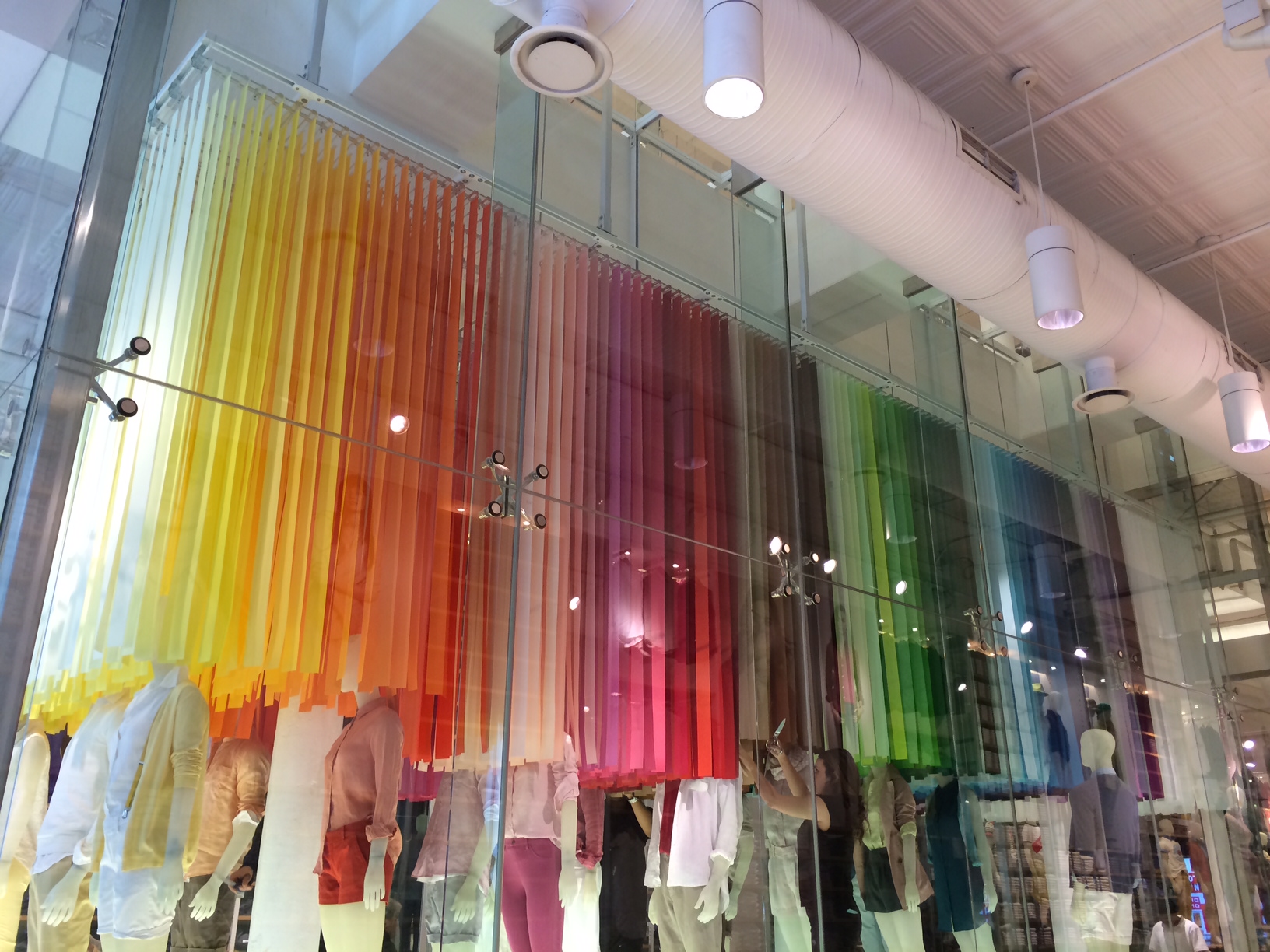 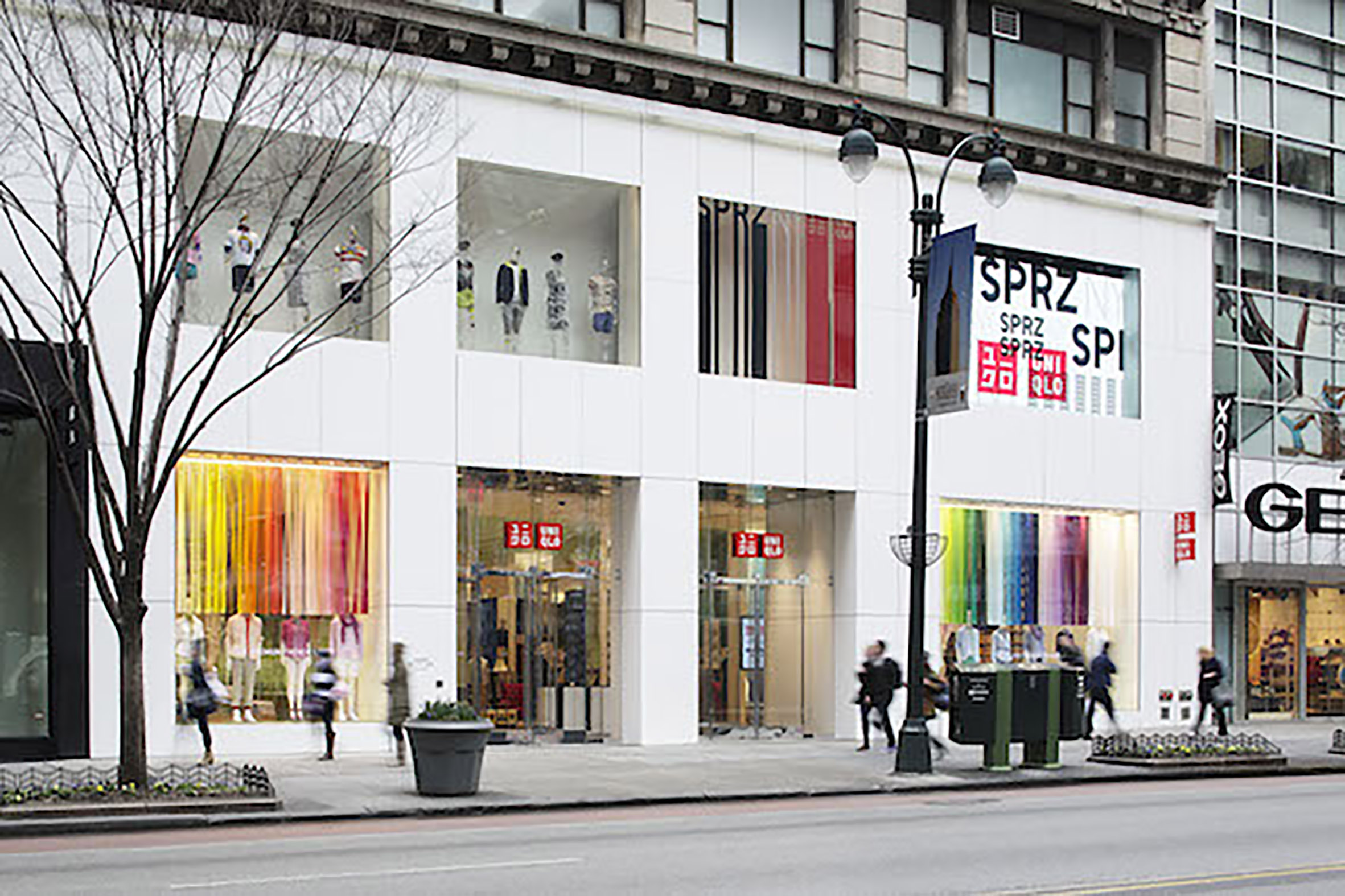 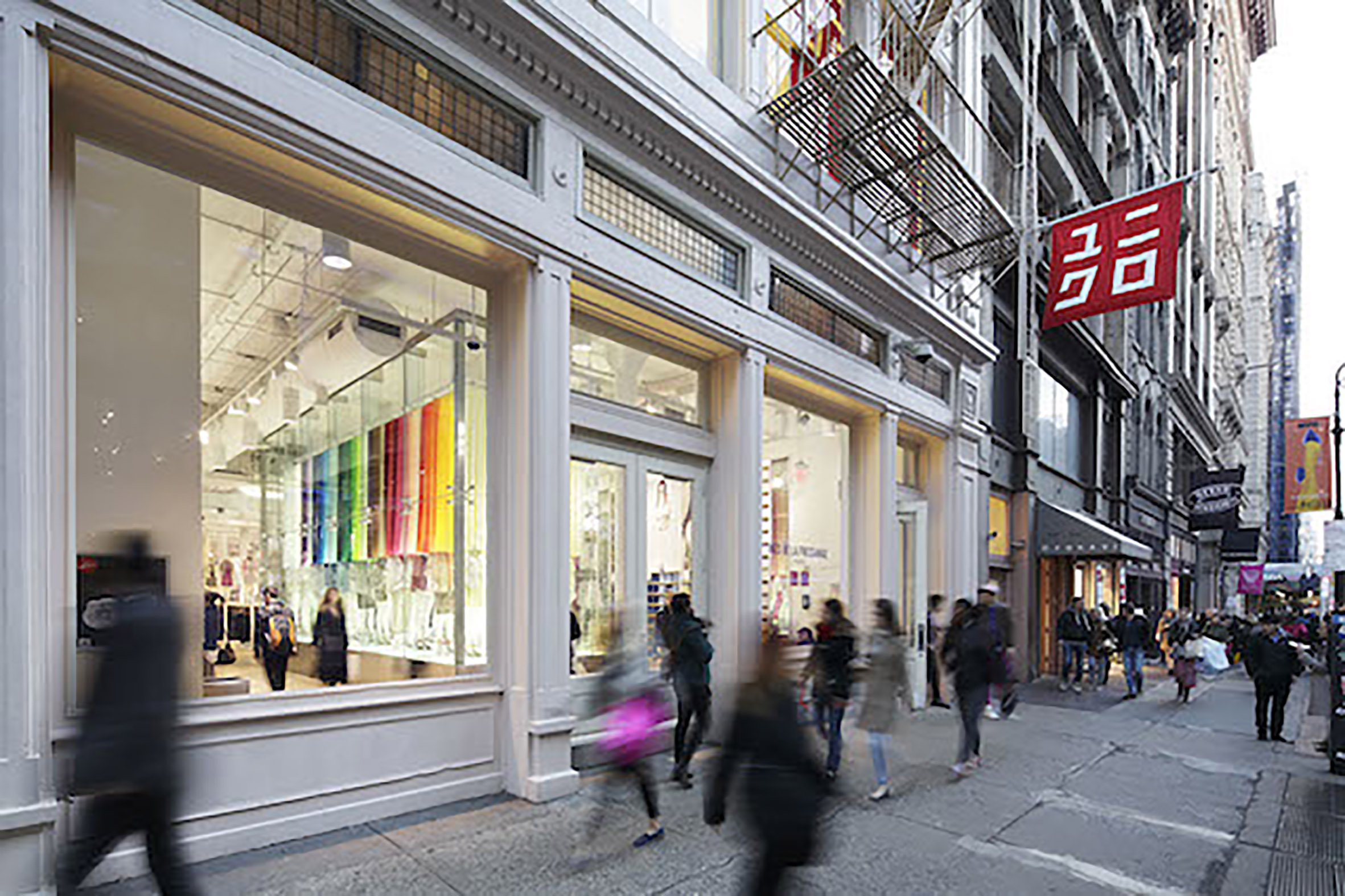 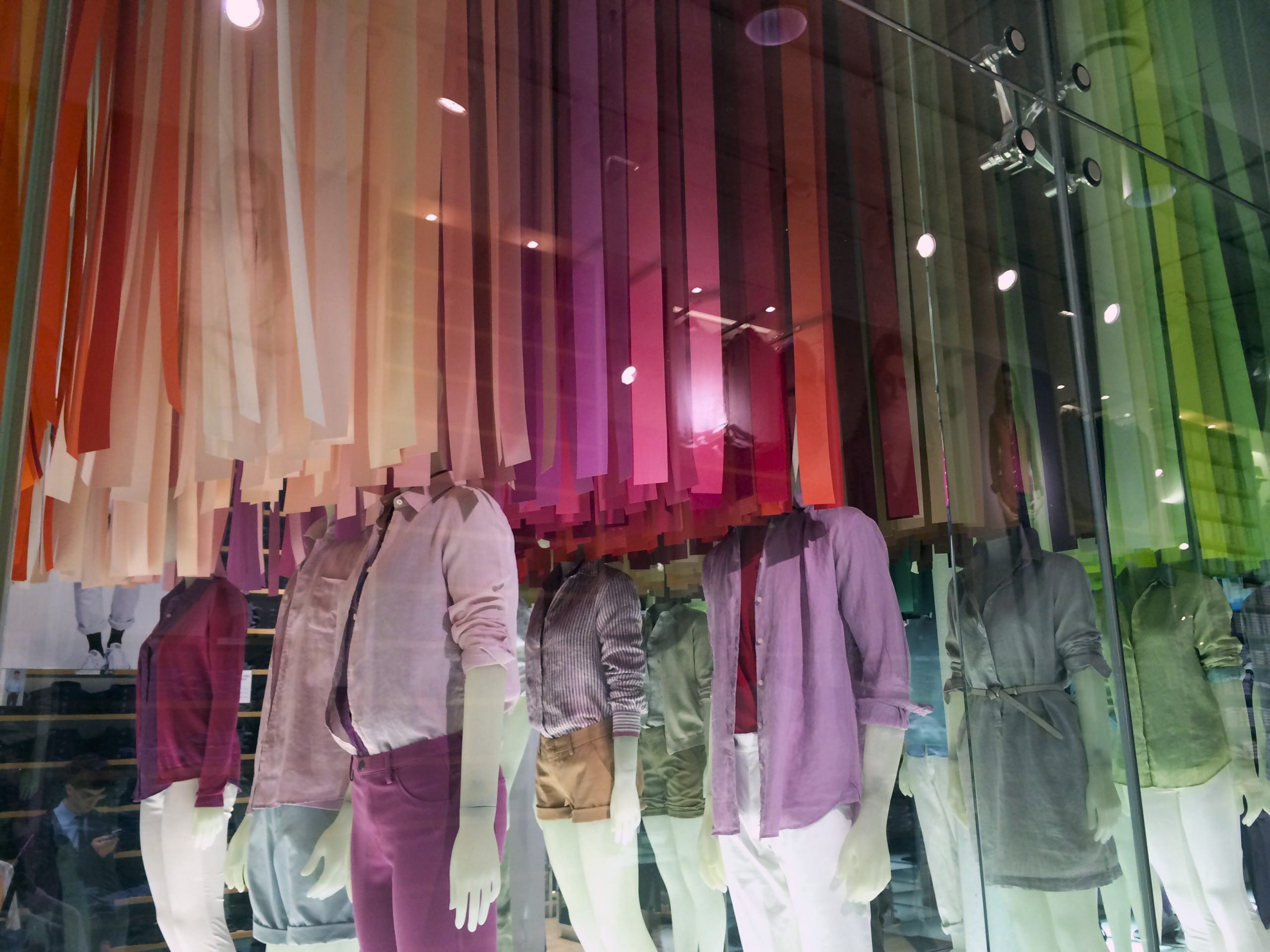 Artist, Emmanuelle Moureaux, designed and developed a concept of gradating colorful linen strips for Uniqlo Flagships and retail locations worldwide. It was Duggal's job to bring this idea to life in the United States locations. From drawings to install we saw the project through and made sure we achieved the most successful and quality project possible. Displaying thousands of linen strips in Uniqlo's signature color pattern.

It was very important to display the linen strips as flawlessly as possible without any hardware or mechanics taking away from the beauty of the art. We had to develop a system that would not only evenly space each strip but also disappear. Making sure the artists original concept was portrayed correctly was always the main goal.

After seeing a small scale mock up done in Japan, we had to determine the best way to reproduce this on a large scale and roll it out across the United States. From building several prototypes to the installation of the final product, it was important to show the client what our intentions were every step of the way before continuing. This ultimately led to the best final outcome where all members involved were happy.