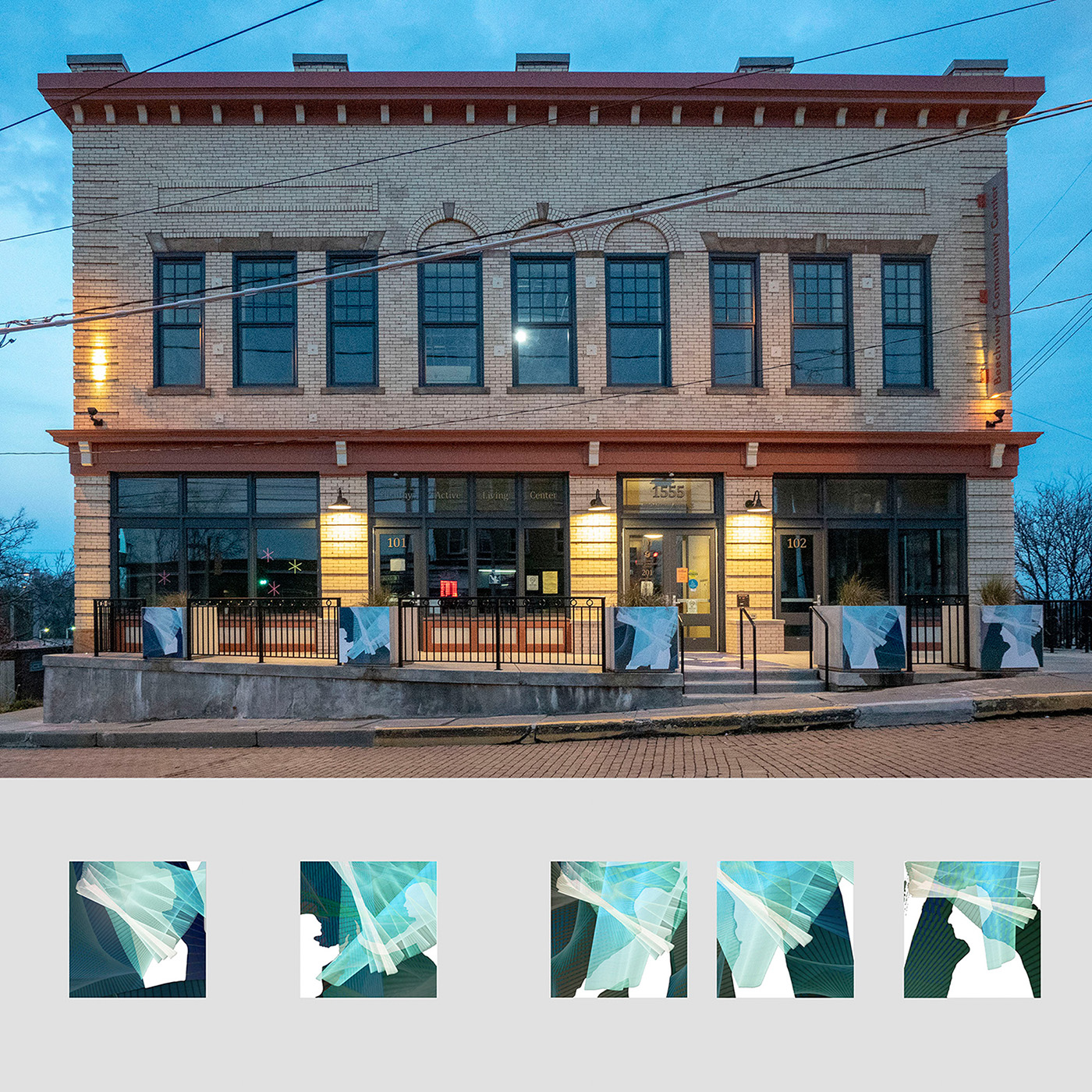 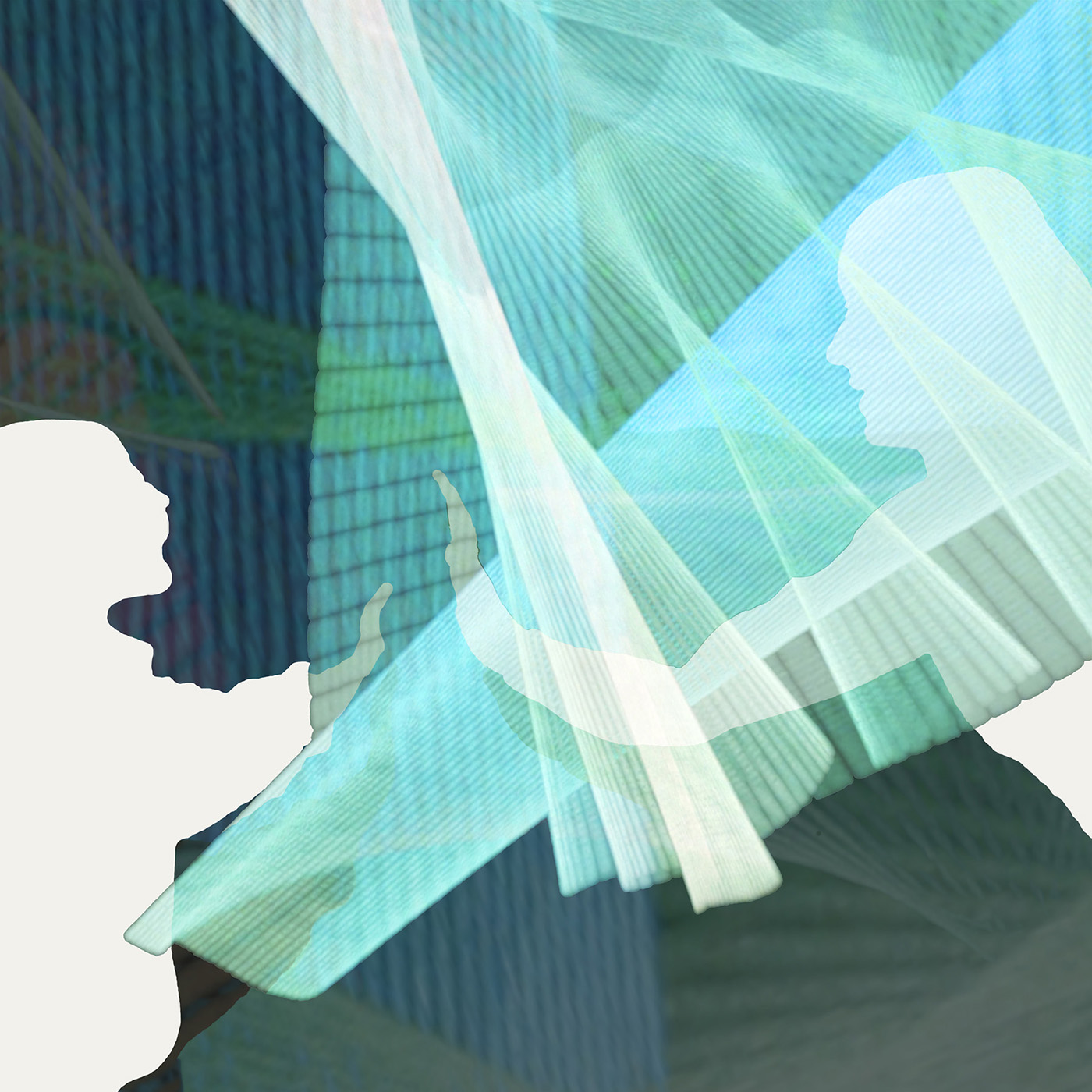 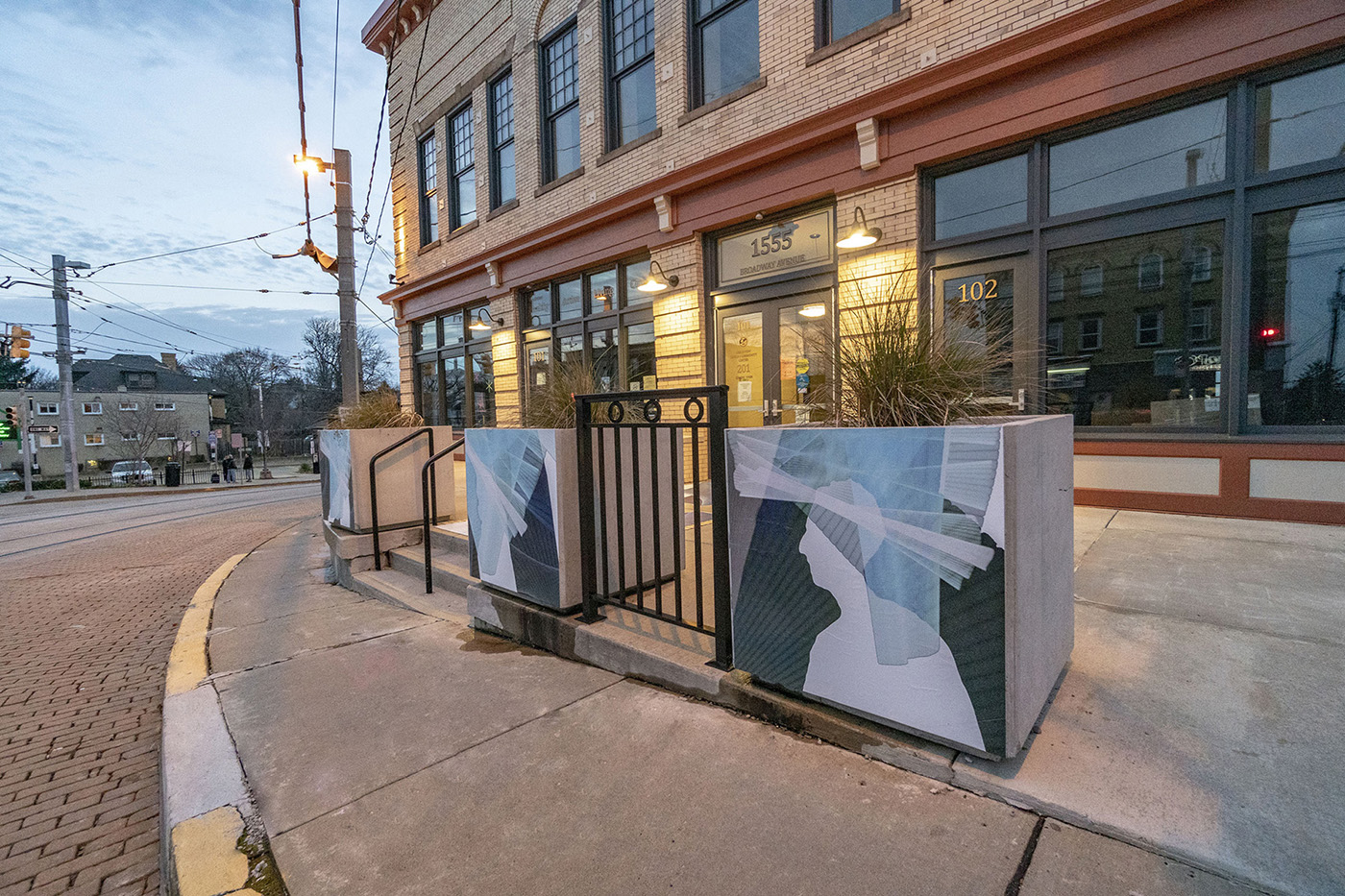 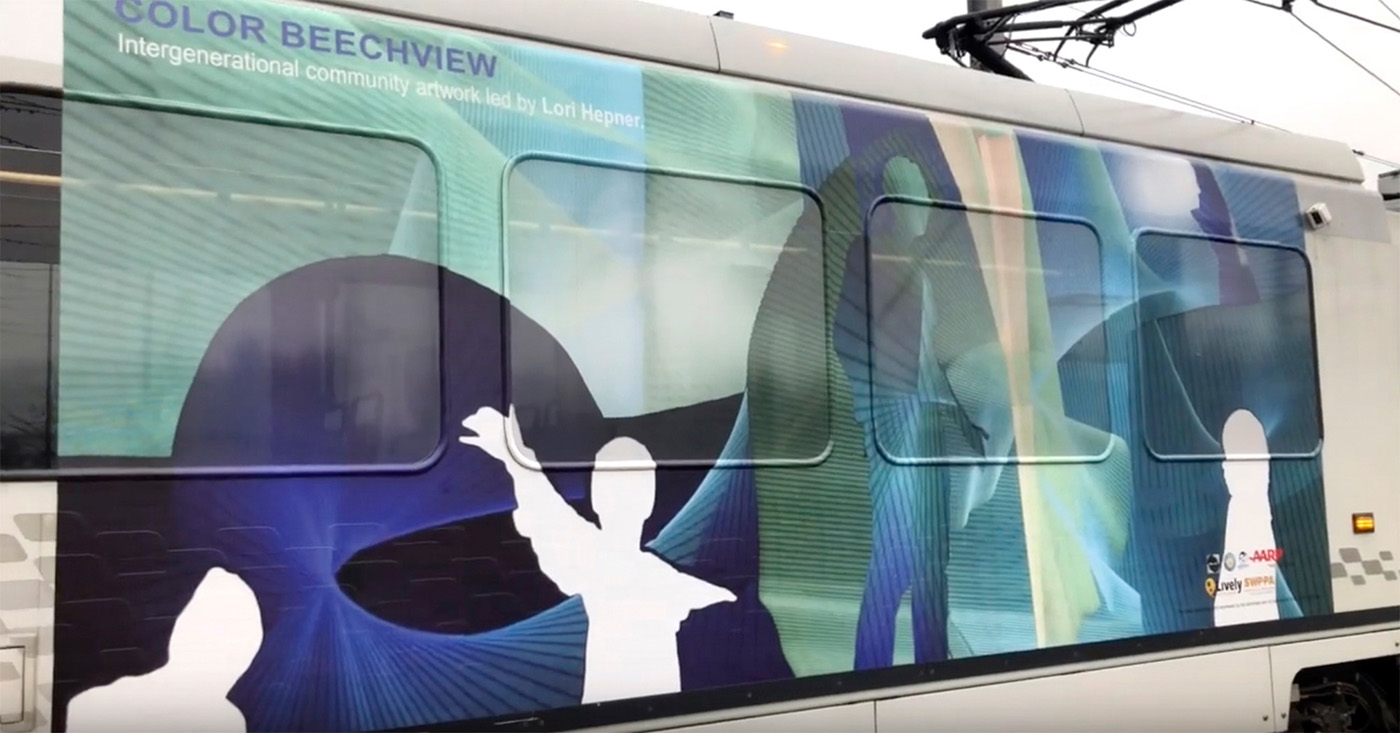 Client: Age-Friendly Pittsburgh, SWPPA, Pittsburgh CitiParks, and The Public Art and Civic Design Division of the City of Pittsburgh

Public Art and Civic Design Division of the City of Pittsburgh

Public Art and Civic Design Division of the City of Pittsburgh

Color Beechview, a collaboration between multiple non-profit organizations in the diverse Beechview neighborhood of Pittsburgh is one project that could relate to an approach for this public art opportunity with stakeholders and users of BHTF. The community participated in three artmaking workshops where they had fun and created silhouette light painting portraits. The light paintings could be seen as a real time video projection behind the participants and the videos that resulted from these intergenerational, light-painting-portrait, and improv dance sessions in the Beechview Healthy Active Living Center. They became my palette to create with as I designed a 9’ x 20’ digital mural that was integrated to the exterior of one of the T-cars that traveled from the neighborhood to downtown Pittsburgh for three months, as well as six digital print murals that were installed onto the building’s façade and sidewalk for the next year. The project was featured as a part of the Visible documentary by WQED Pittsburgh as well as in a video from one of the community partners, Age Friendly Pittsburgh.

- To encourage collaborative, intergenerational art making in the Beechview neighborhood of Pittsburgh, PA.
- To create temporary, outdoor, facade and sidewalk activation on the newly renovated Beechview Healthy Active Living Center.
- To create a T transit car vehicle wrap mural for a Red Line T Car that traveled aboveground from the Beechview neighborhood of Pittsburgh to Downtown Pittsburgh for 3 months.