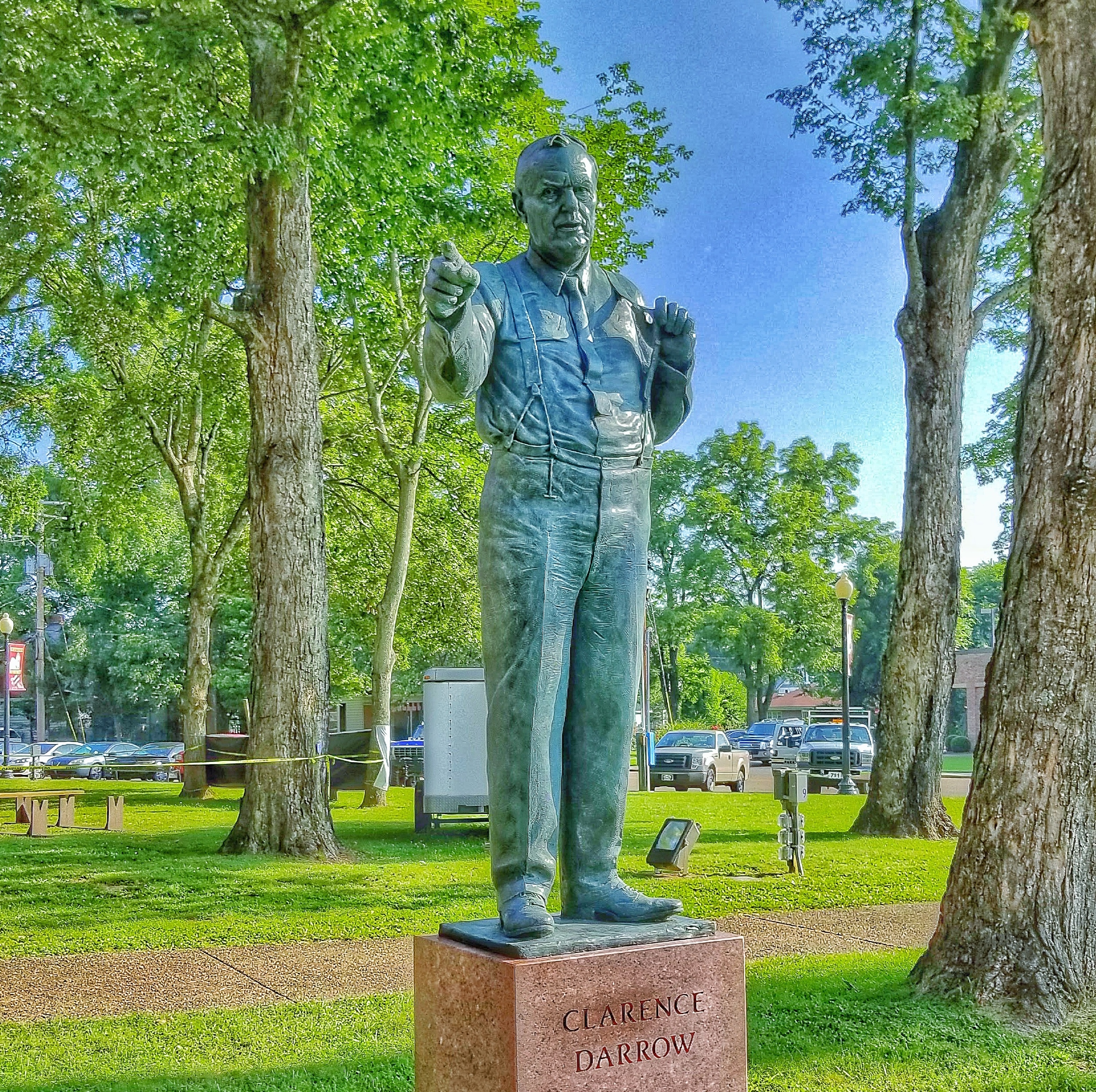 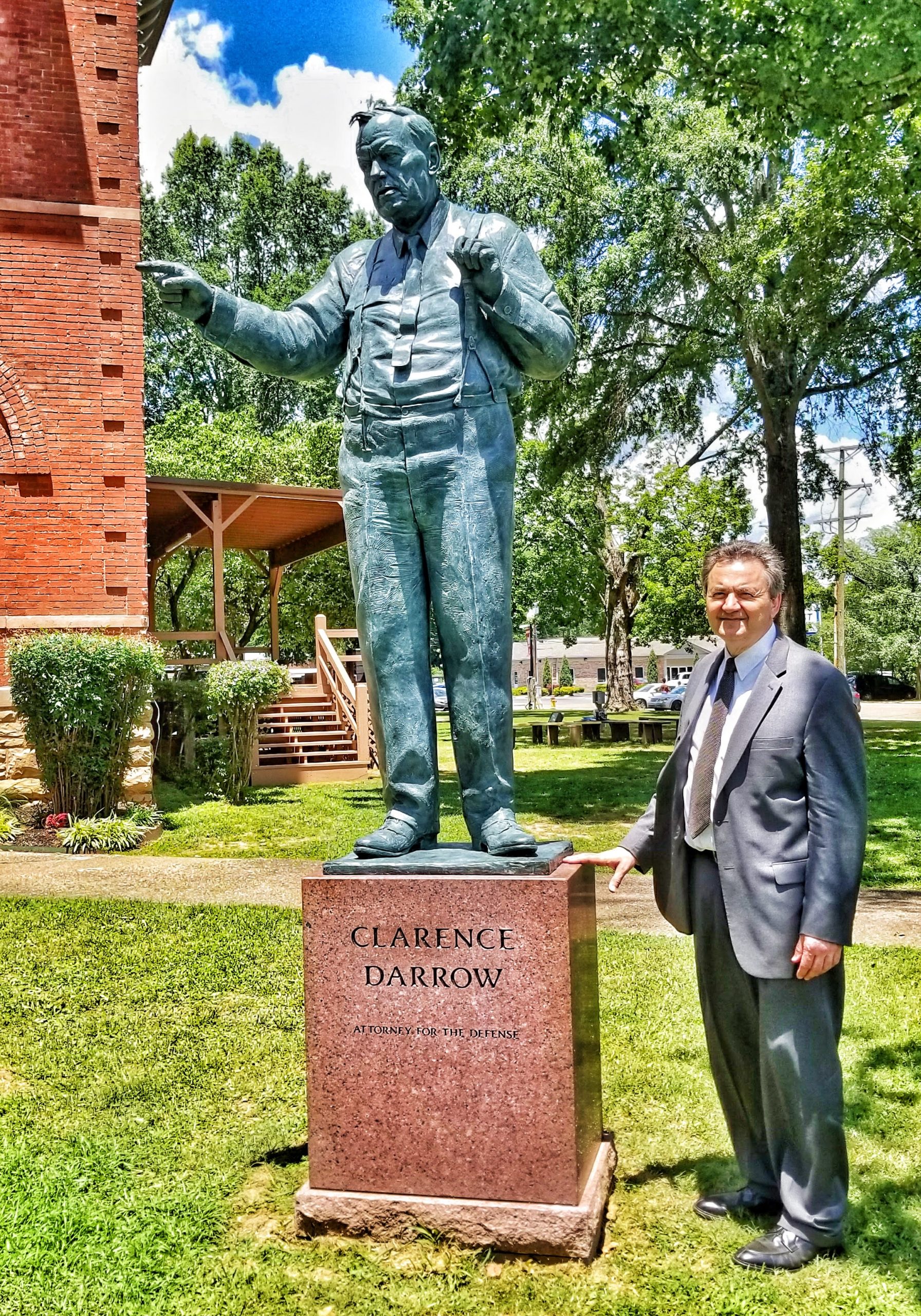 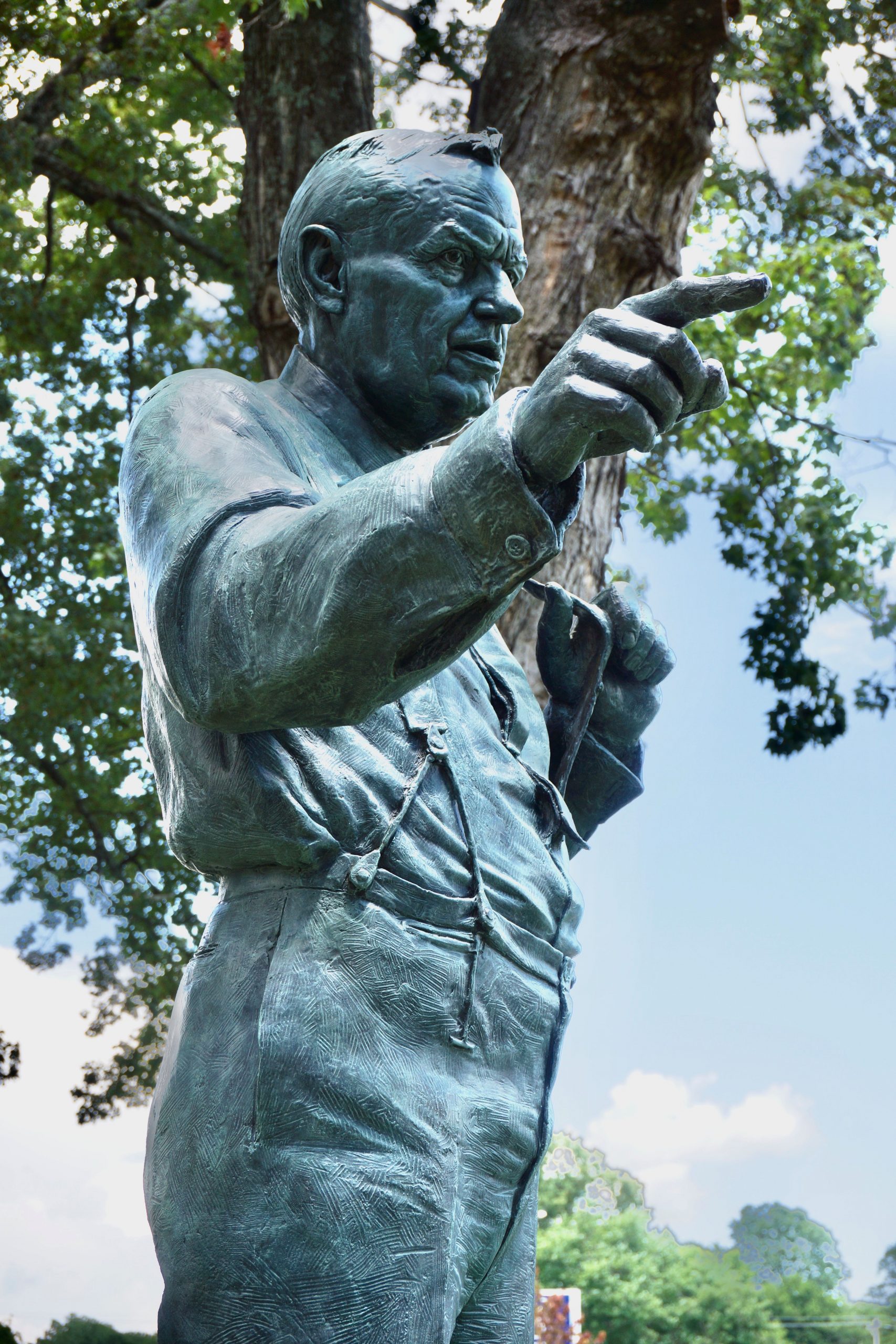 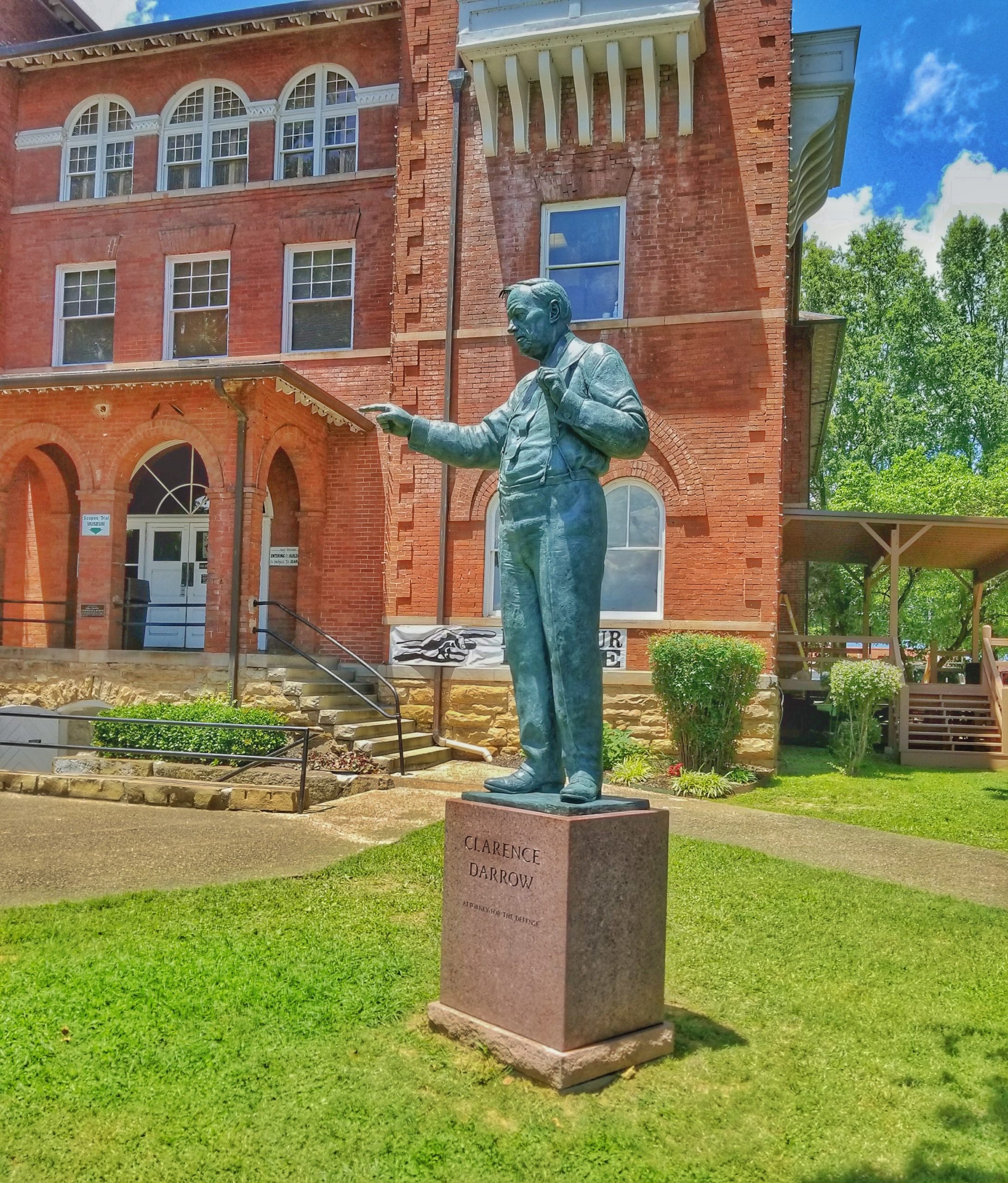 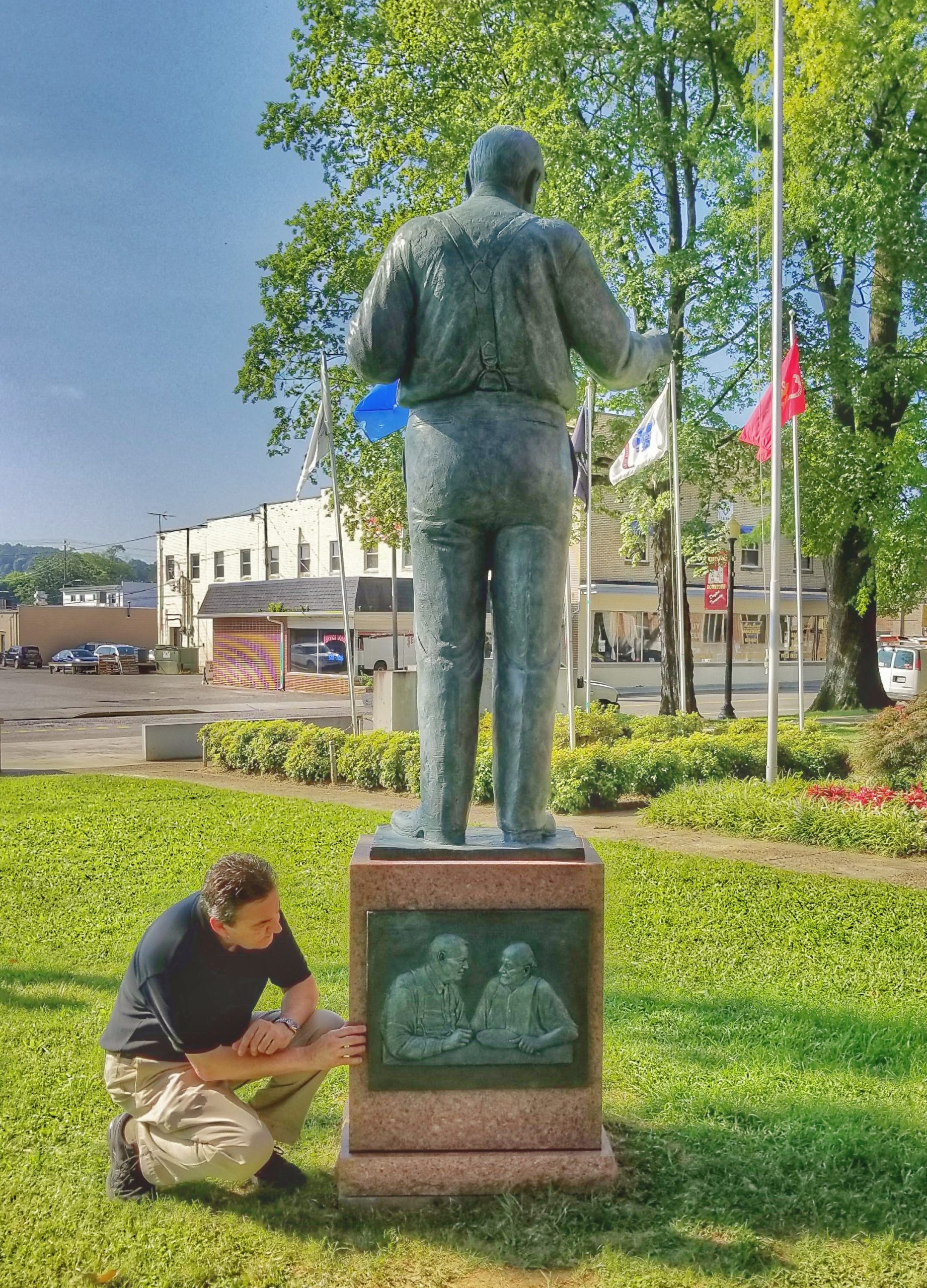 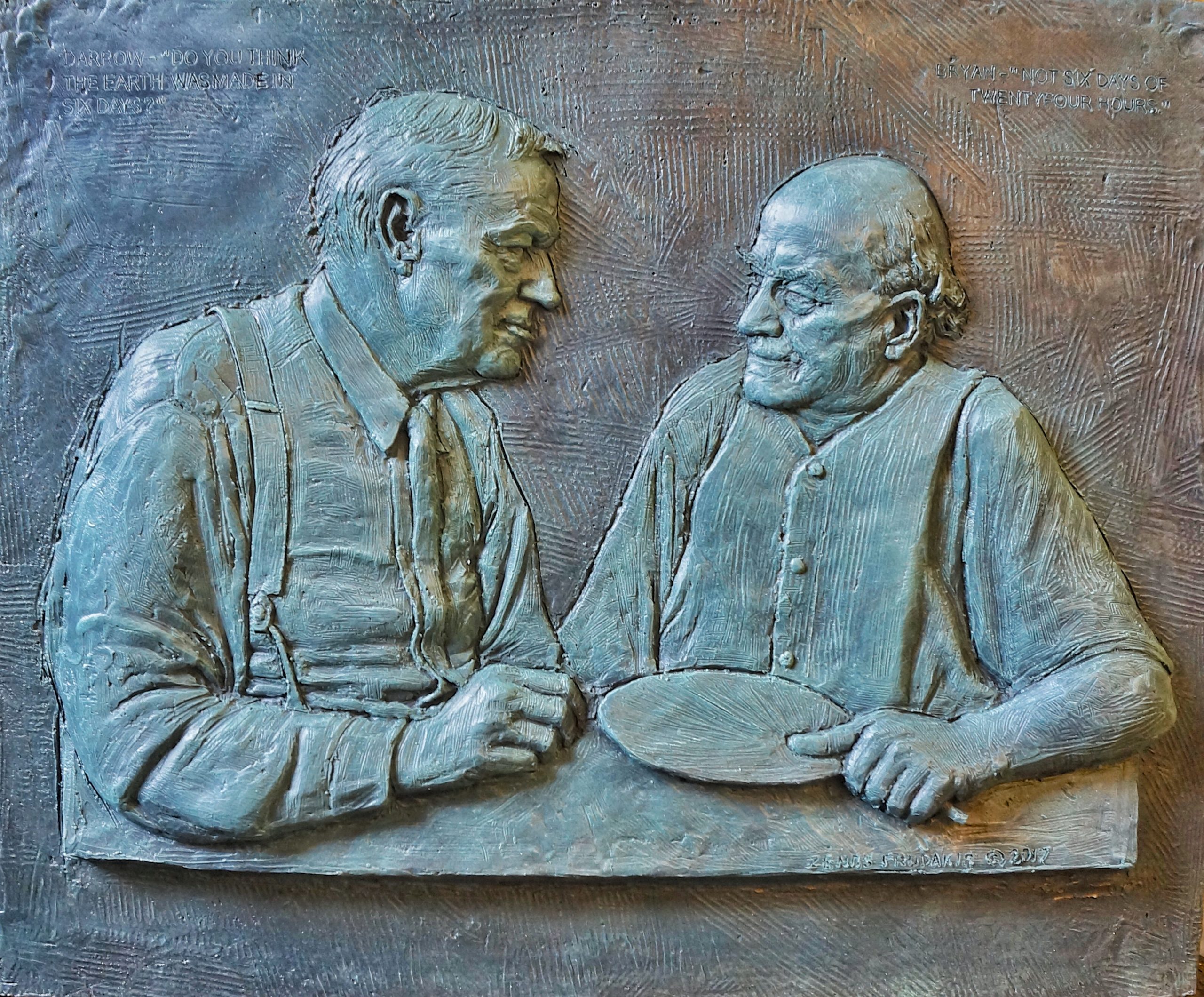 A 7 foot high bronze sculpture of Clarence Darrow in historical dress in action on a 3 foot high base.

A sculpture of William Jennings Bryant created for the Courthouse site stood alone on the grounds for many years. I wished to balance the setting with a sculpture of Clarence Darrow, Bryant’s friend, colleague, and his opponent at the historical Scopes Trial which took place there.

Funds were raised for creation of a clay model of Darrow, then additional funds were raised for bronze casting. I created the clay model, enlarged it, and cast it in bronze. With consideration, advice, careful guidance, and continuous involvement from the Rhea County Historical Society, plans were made to install the work. A ceremony honoring Clarence Darrow followed the installation. The wonderful owners of Main Stage Music in Dayton helped us with speakers and other things we needed for the event. They even made a cover for the sculpture reveal ceremony.