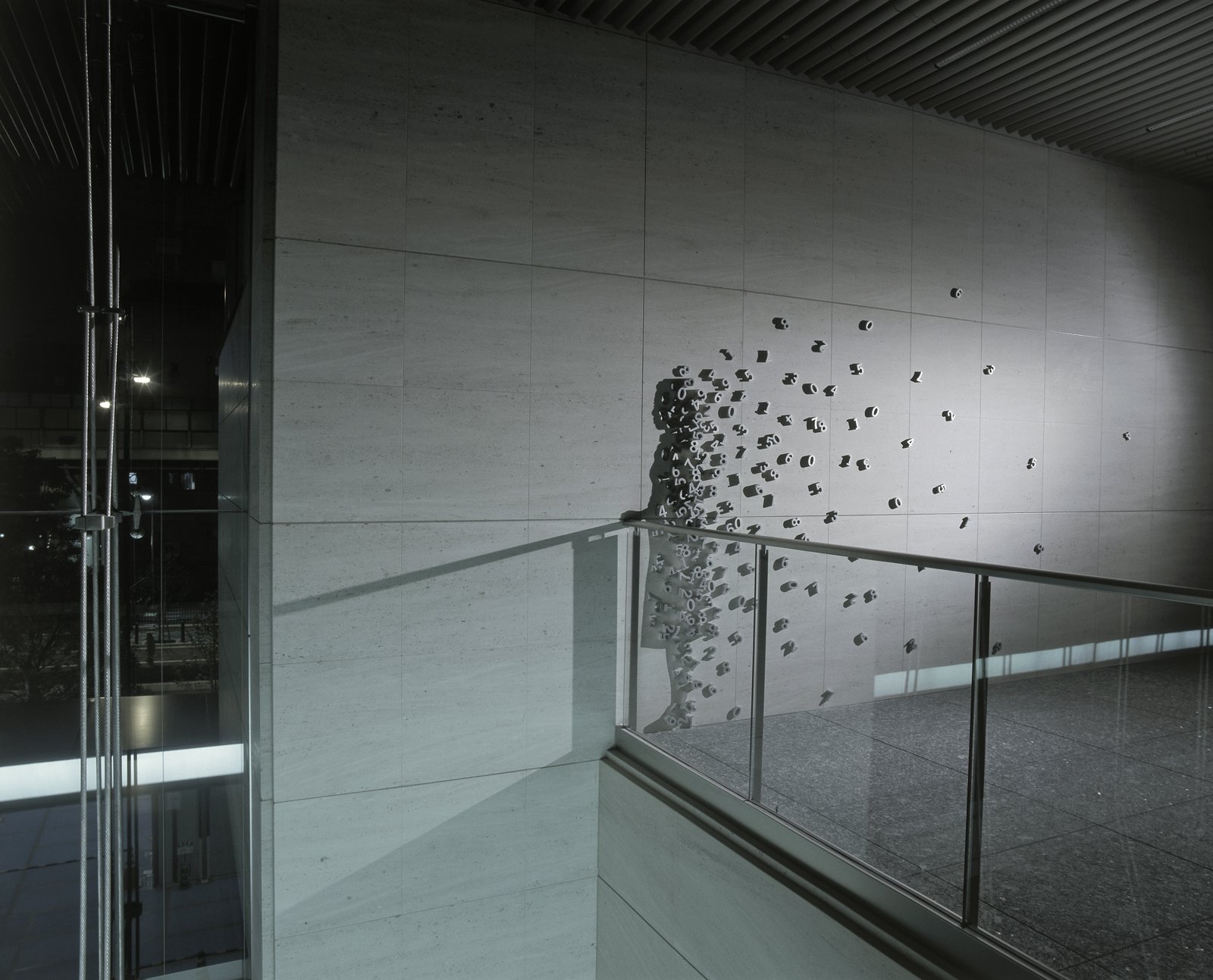 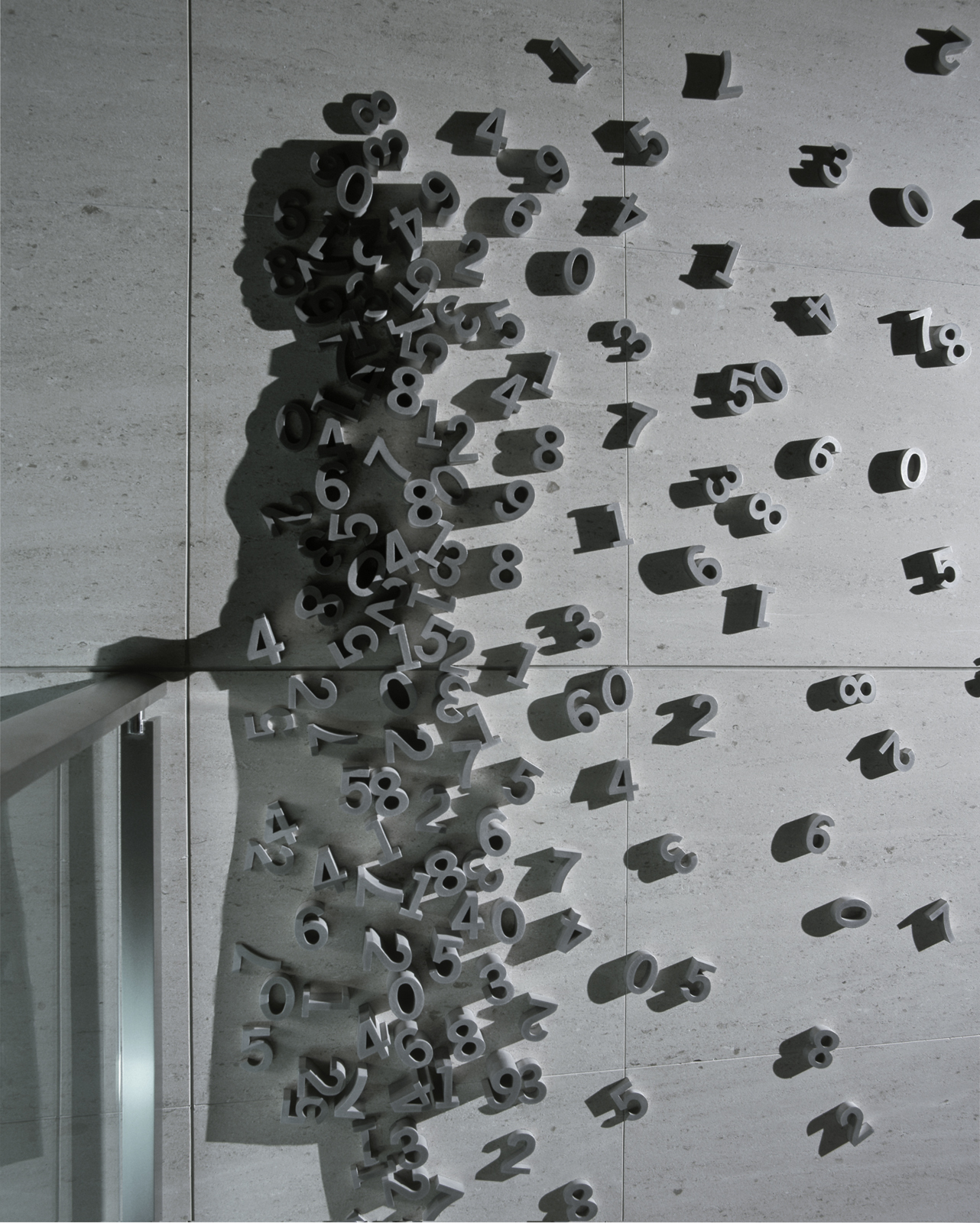 “City View” is one of two Light & Shadow sculptures commissioned by Nankai Railways for their new office tower in Osaka, Japan – the Namba Parks Tower. The sculpture, situated on an expanse of stone wall (approximately 15 linear feet) on the mezzanine level overlooking the building's entrance, consists of 200 aluminum numbers of varying depths, a single metal halide light fixture, and the resulting cast shadow of a woman standing at the balcony railing looking out the building's glass facade to the city beyond.

Having been given near complete artistic freedom on this project, I was able to concentrate on creating a cohesive work which attempted to fully utilize the surrounding structure / environment within the logic of the artwork itself. Therefore, the balcony railing became the focus point for situating and grounding the sculpture within the building's space. And the city outside the soaring glass windows also informed the artwork and contributed to the mood of the sculpture.

As this commission was secured by my gallery in Tokyo, almost all communications went through them. Since the installation coincided with the construction of the building, the dialogue between myself, my Tokyo gallery, and the architects and project managers of the building concerned practical issues such as light fixture placement and electrical needs.