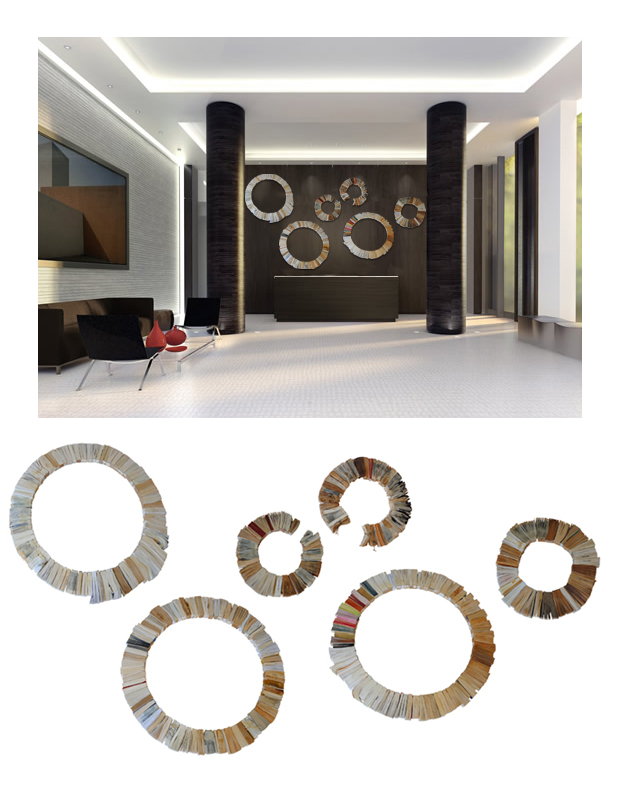 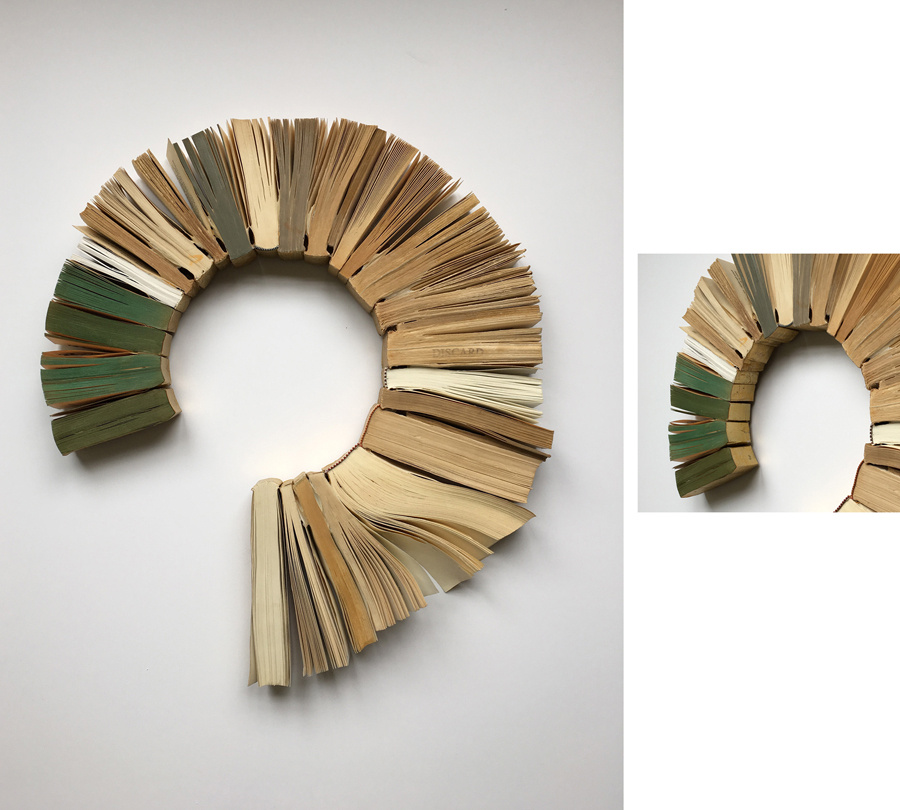 A multi-piece wall relief sculpture for a hotel lobby made from obsolete books. The work is about the way in which books connect people, places and time, not just the author-reader relationship but the history of the book itself: who has owned it, who borrowed it, where it has traveled to. In this way, they are historical objects, containing a vigor and by re-conﬁguring them into new forms they have a life off the shelf. The piece is composed it six forms, three large rings at 54″ diameter and three at 28″ diameter.

To create a feeling of warmth while maintaining a sense of modernity, books were cut and assembled onto wooden rings and installed flush on the wall, with the fore edge of the book being the subject matter and source of color and texture. Six rings are staggered to create a sense of movement.

After initial contact, we discussed the intent of the project, the position and distance from which it was to be viewed as well as color. Scale drawings were sent to the art consultant for approval of details and a timeline was set and met.