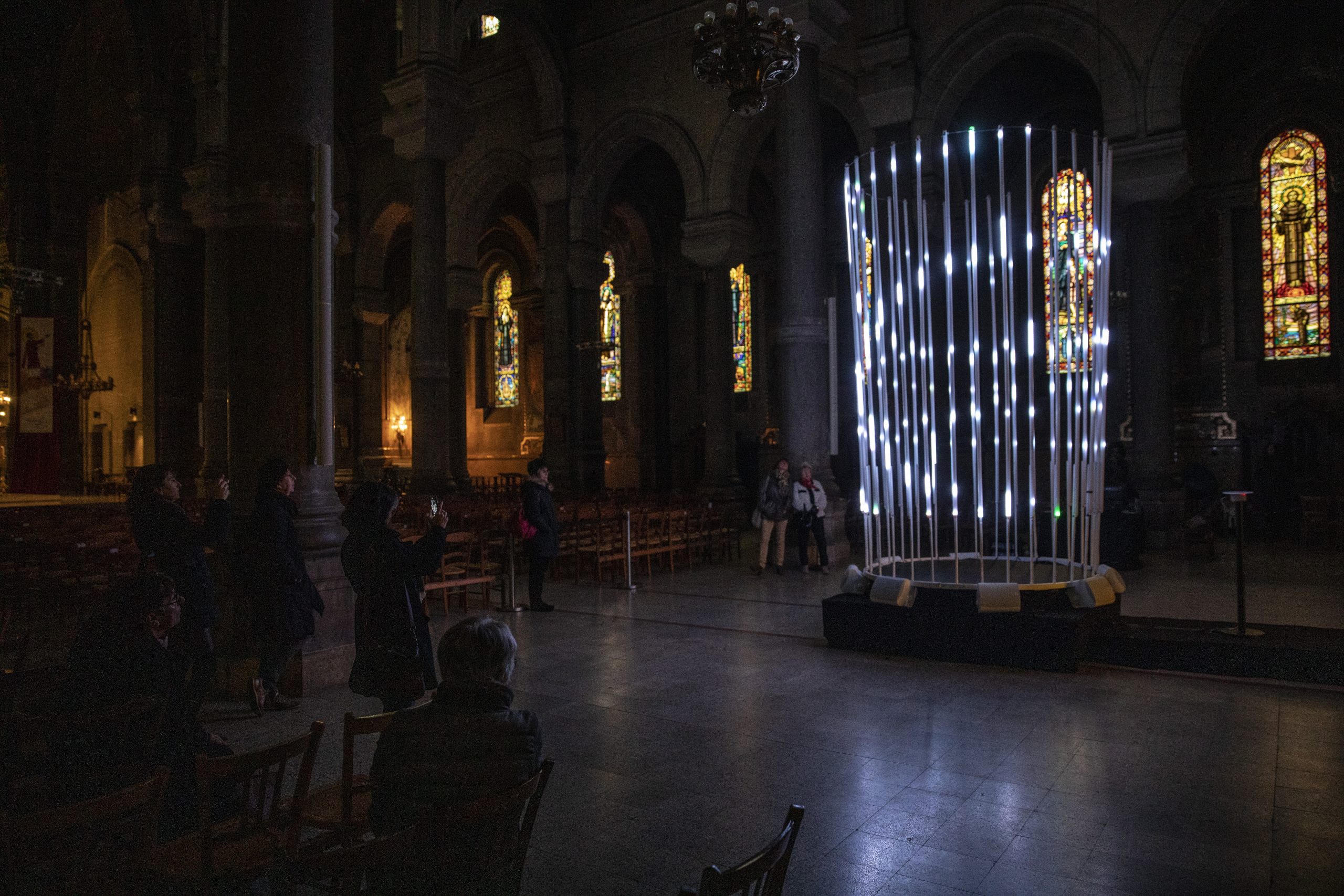 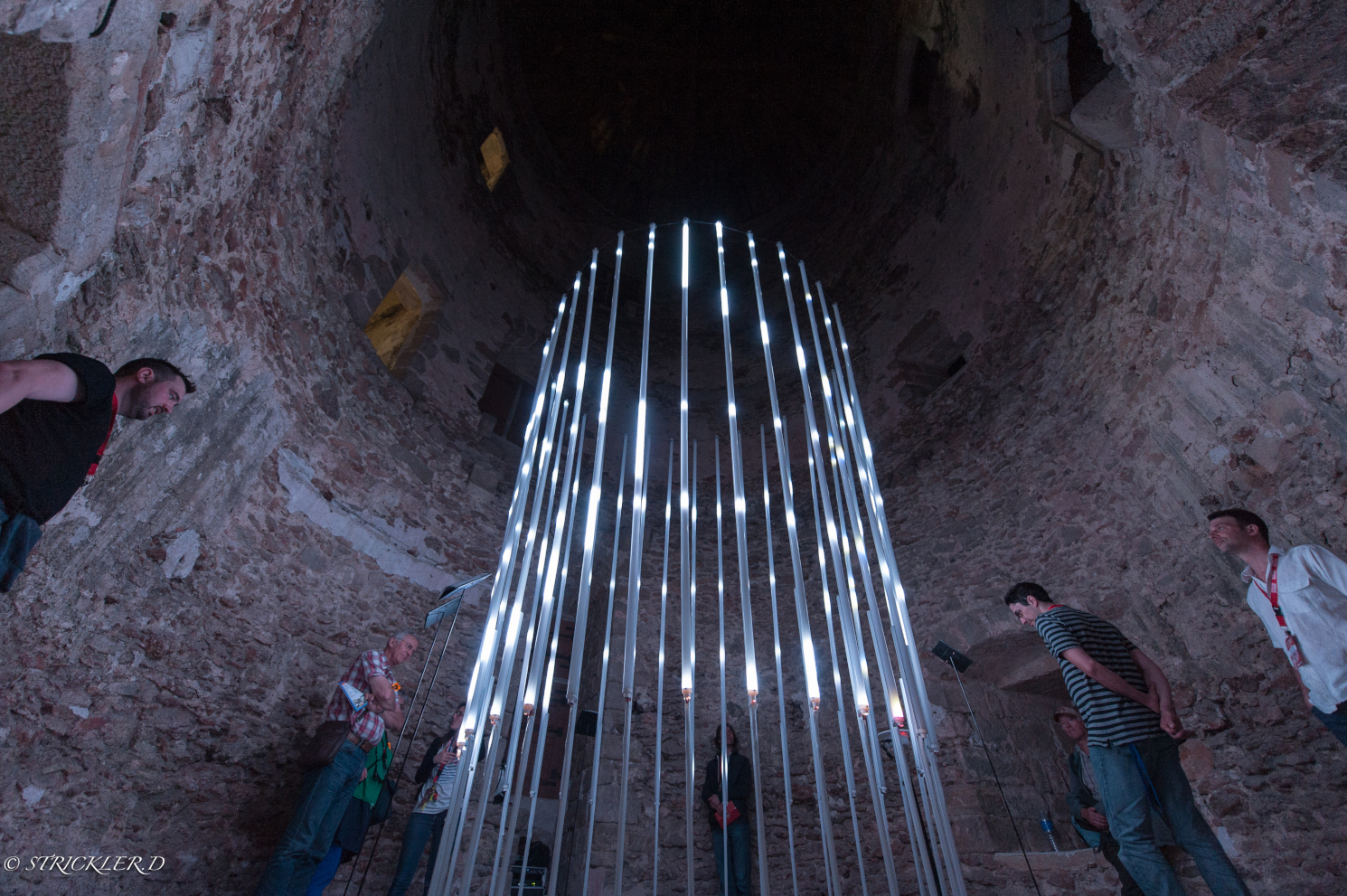 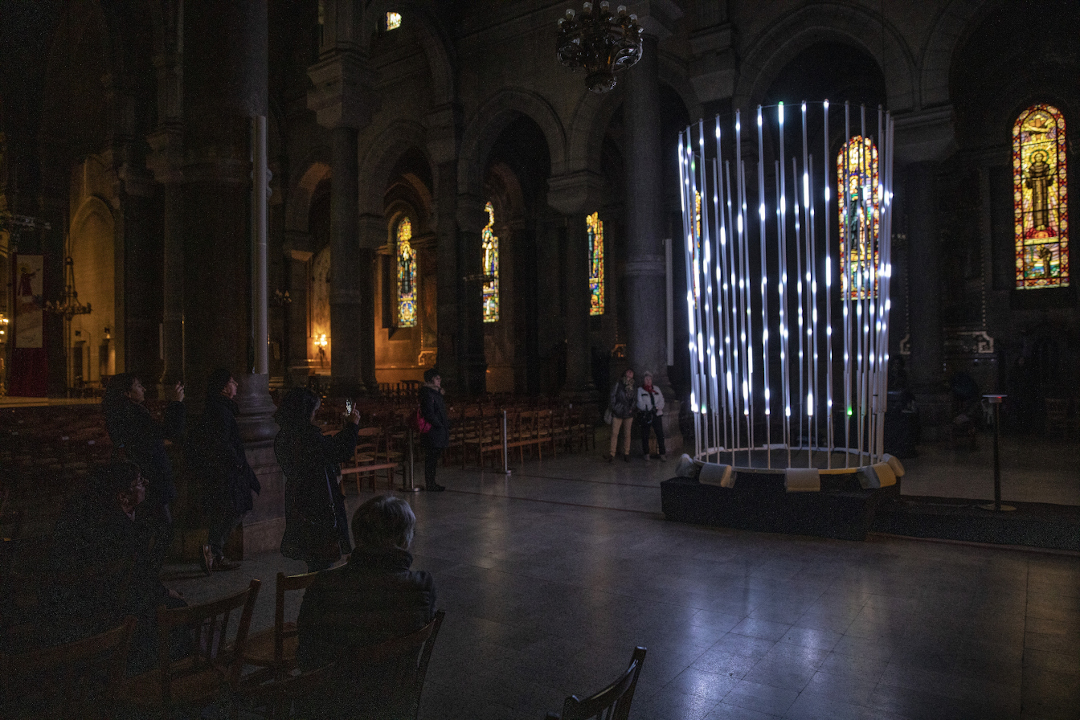 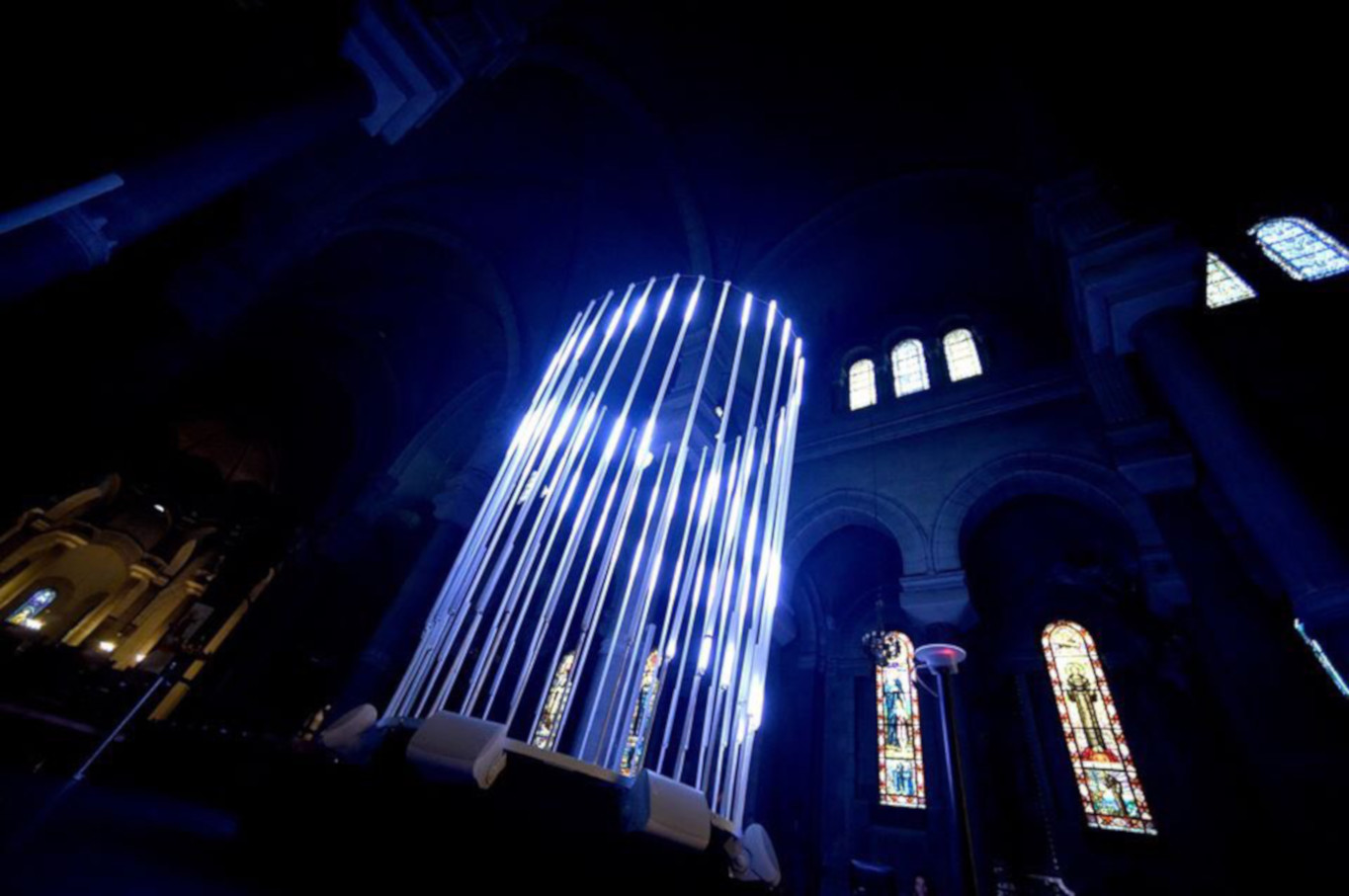 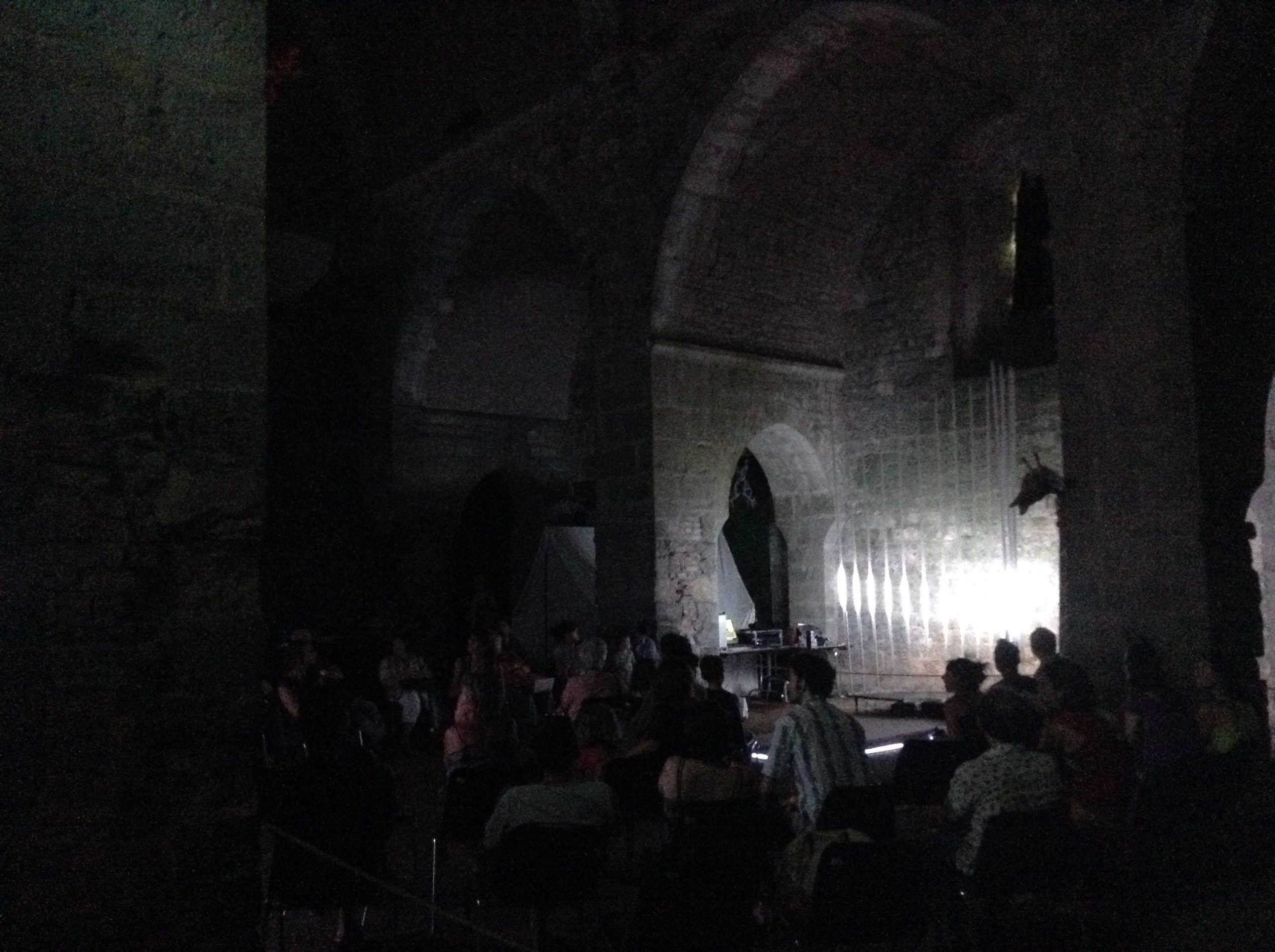 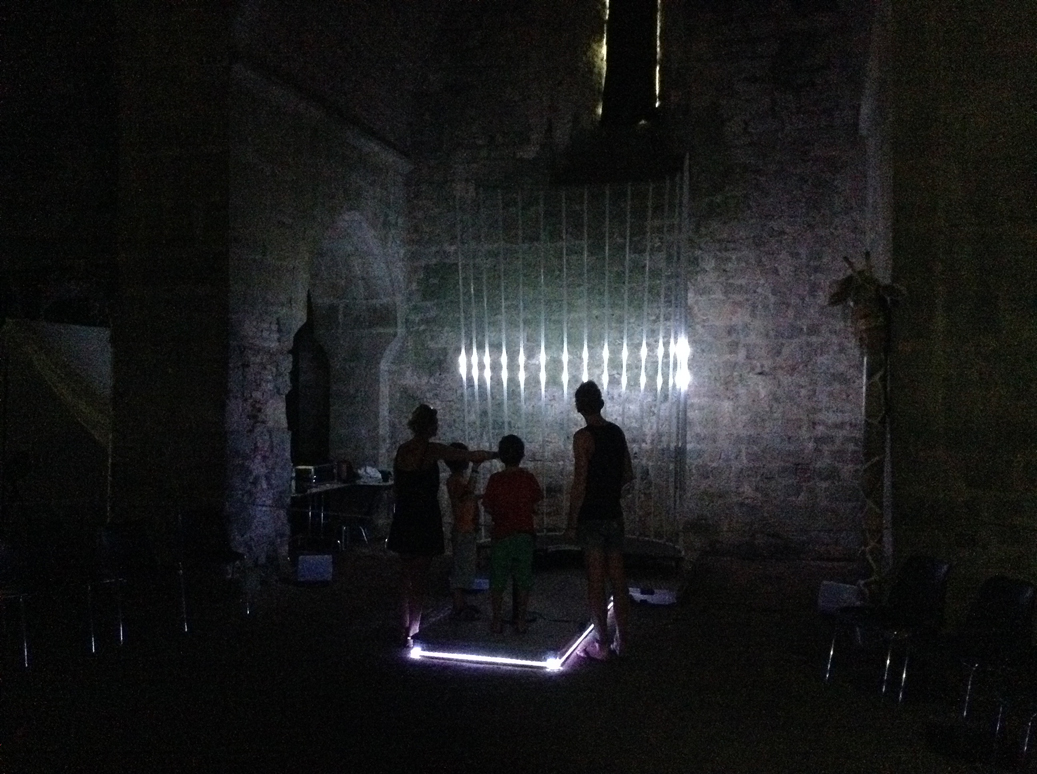 Beautiful bright sonorous white lady since 2016 , that’s what Circularium is.

That kinetic and interactive masterpiece of 4 to 6 meters height has architecture based on the circle and the concept of circular light.

Circularium is both a short light & sound show and an interactive installation for public experimentation, through a handwork gestural controller working with no contact required. Sound composition and narration matters.

With this panoptic scenography and its spatialized sound, the artist immerses the audience in a multimedia atmosphere: 360 degrees of light and sound projected on heritage walls

Circularium was commissioned by the General Council of Seine-et-Marne (french area department) and the ministry for the “Archive Tower” of Blandy-Les-Tours Castle.

Since 2016 several versions have been produced each year for Churches, Cathedrals and Abbaye, mainly in France.

Last production of Circularium was set up in the Cathedral of Saint-Etienne city (labelled french unesco city of design) for the announcement of Pleïades Festival first edition in november 2019.

The project starts with meeting the team from Blandy-Les-Tours Castle (near Versailles), a completely revamped medieval historic and grandiose french heritage.

The "Archive Tower" is a tubular medieval tower, the commision was to build a cylindrical shape profiled kinetic sculpture for circulating light frames and sounds in all directions, mysteriously revealing the heritage and raising bridges with the collective imagination.