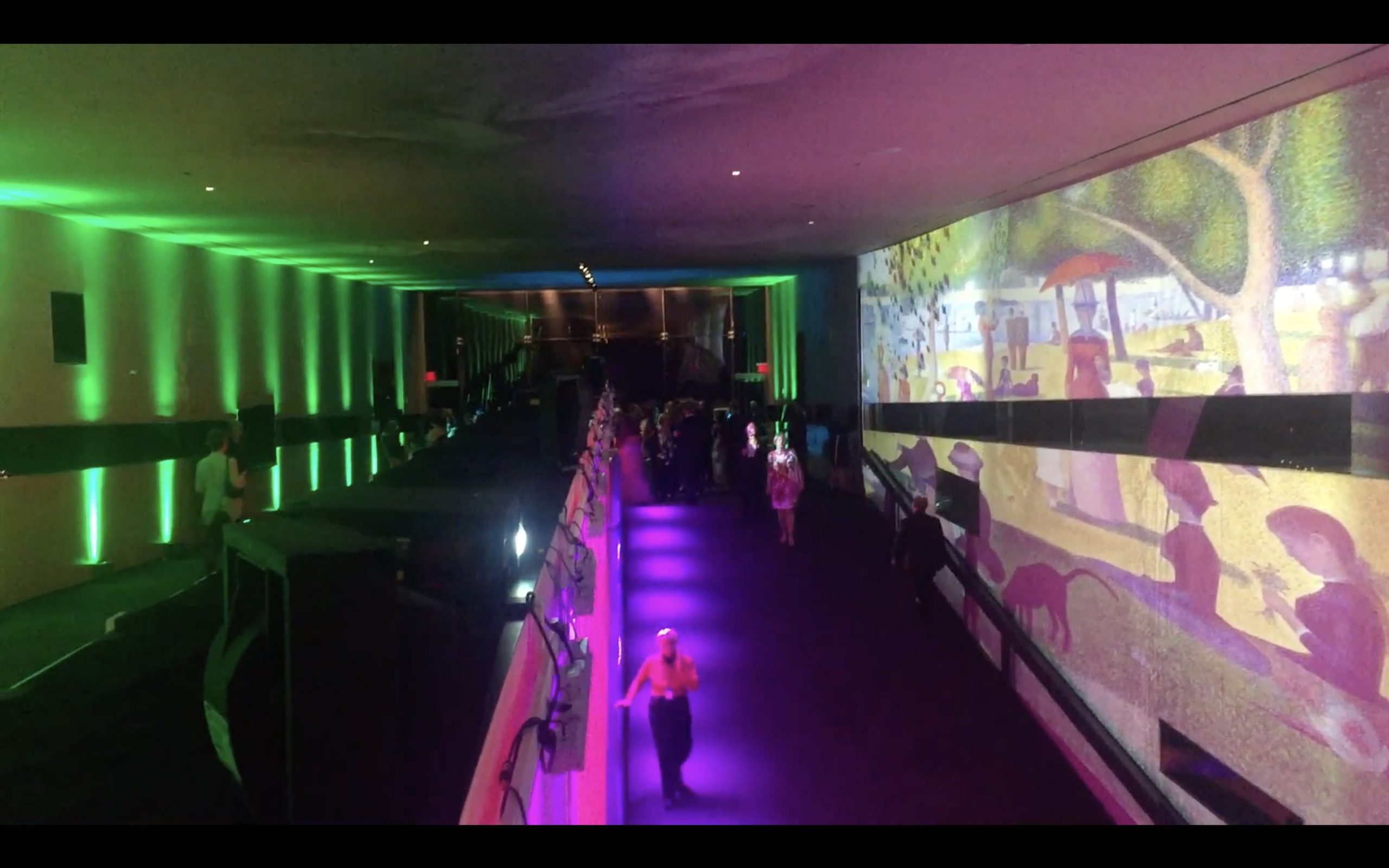 The primary goal was to create a work that connected to the production of "Sunday in the Park with George" and to make the work engaging, entertaining, and intriguing to allow the viewers to explore the work.

Discussions with the production staff led to the incorporation of 4 interactive installations located throughout the Guthrie Theatre to engage with the audience members before the production, during intermission and after the production. After the creation of a few prototypes, the final works were created on-site.