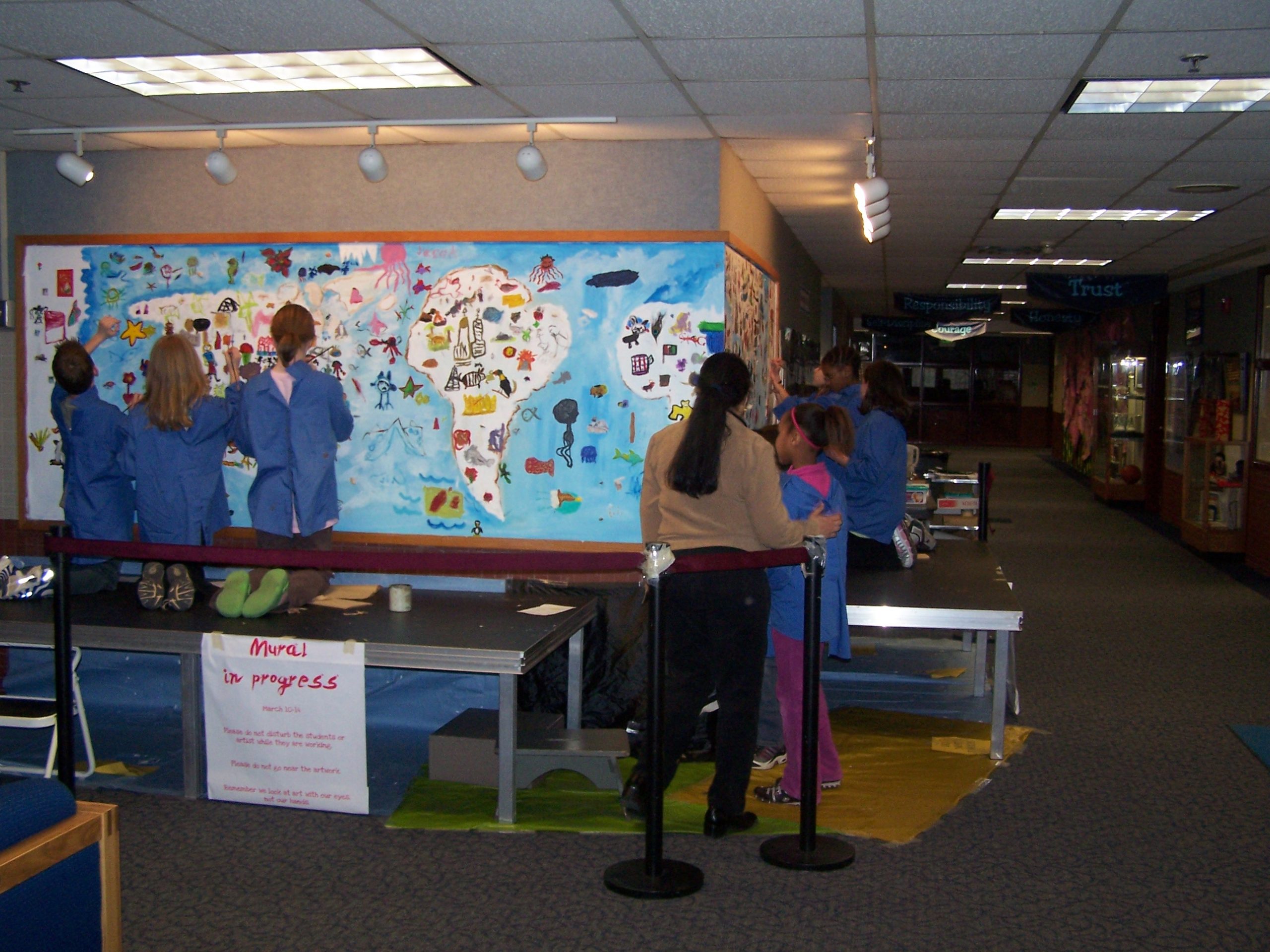 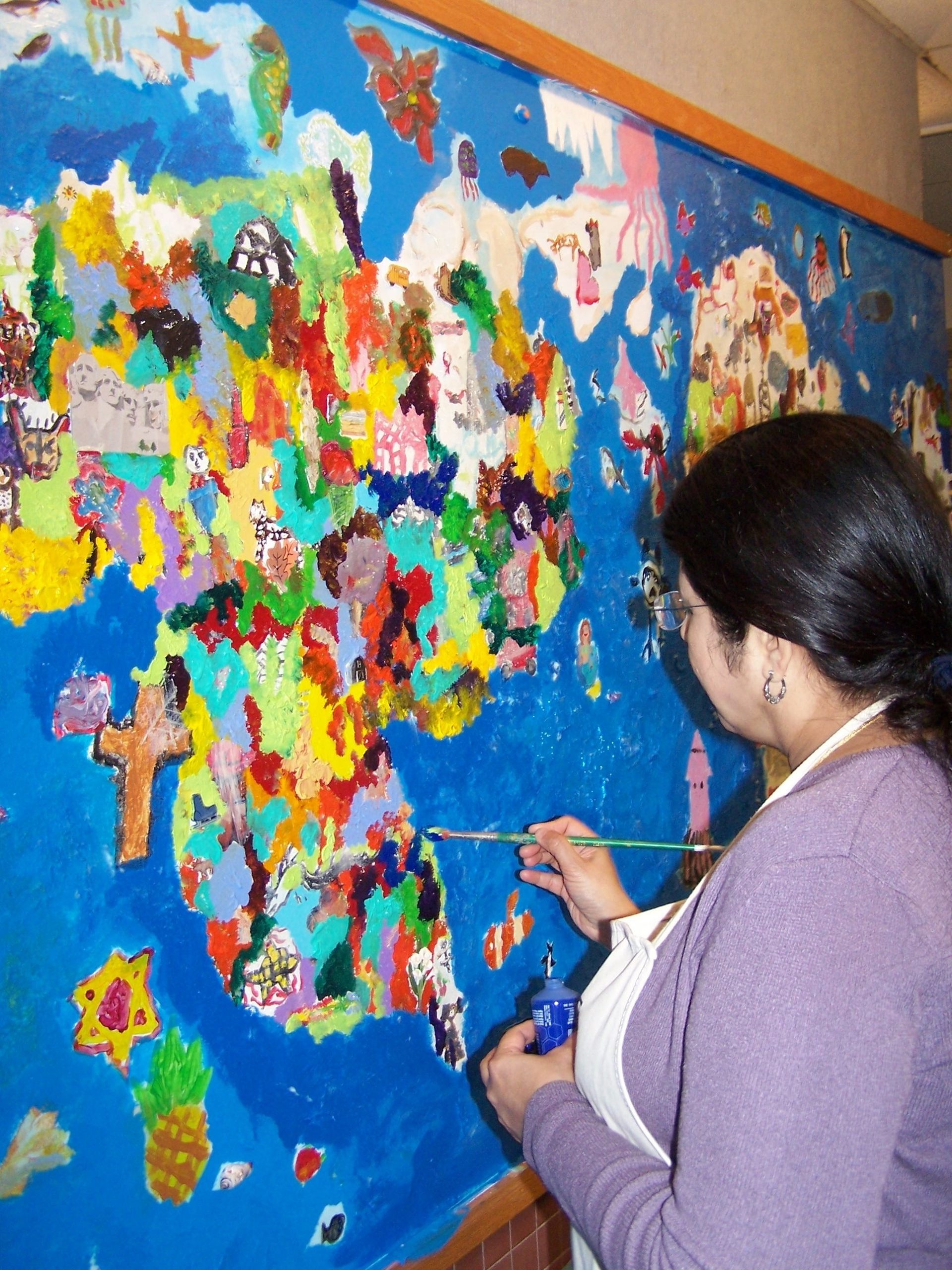 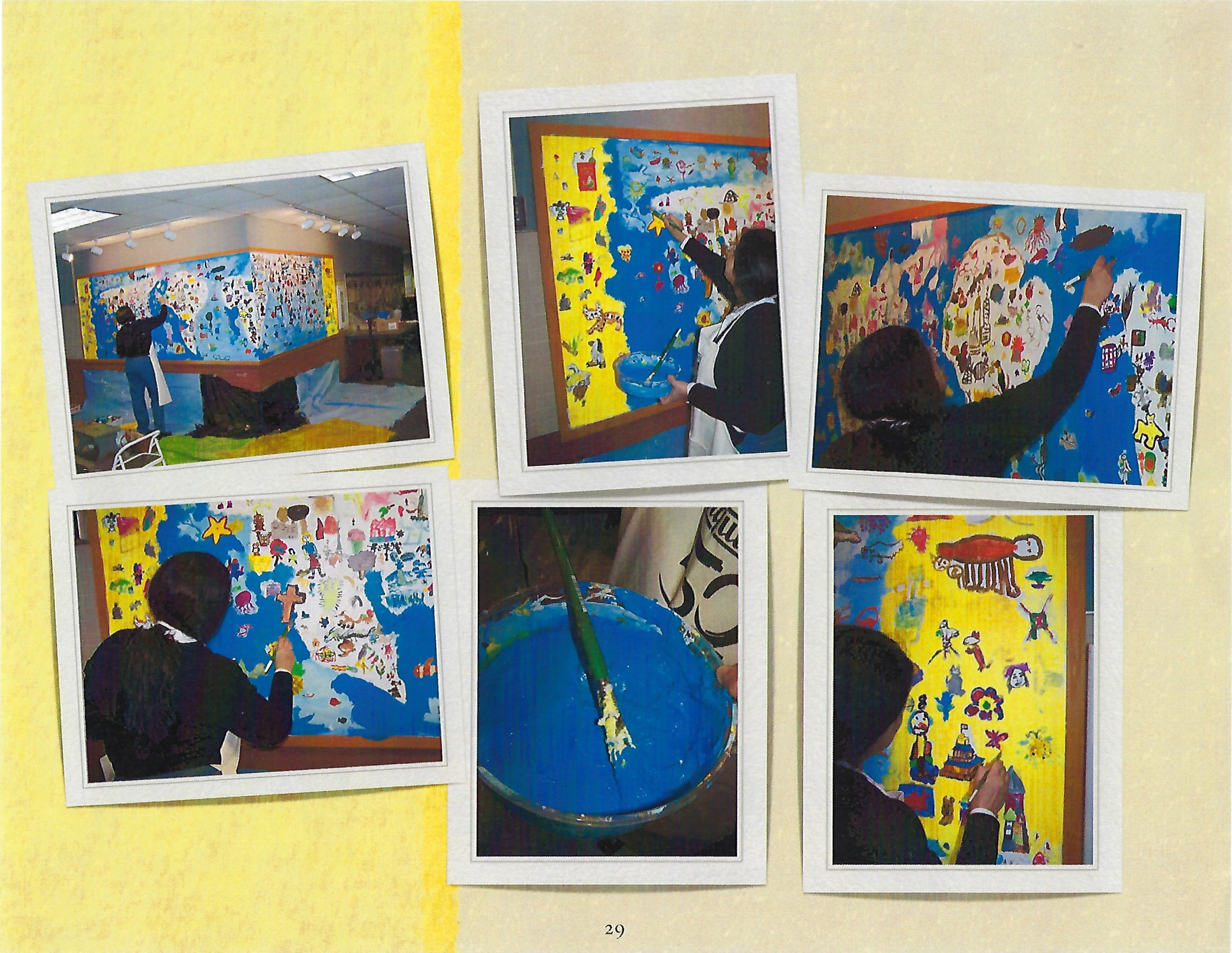 Commissioned by the Washington Township School District in Indianapolis, Indiana USA in 2008 for Crooked Creek Elementary School in Indianapolis, the theme was to create a wall mural for children to feature permanently in the front lobby of the school.

A wall measuring 13.8 feet wide and 4 feet tall was announced as needing a mural at Crooked Creek Elementary School in Indianapolis, Indiana USA. The school contacted artist Chitra Ramanathan, chosen for the project. Being an educational institution with a global student enrollment to its credit with children from different parts of the globe, the project was titled as such.

The contact for the project was a educator in the school who was assigned as collaborator and contact person for the public art project. After detailed discussion between artist and collaborator, it was decided that the wall space which had an existing mural had to be first removed to reveal the plaster beneath which then primed afresh. Chitra Ramanathan undertook this preliminary work which lasted for a week. The new painting was entirely left to the artist's signature abstract style to be completed as she conceived the theme. Since the school had students from various countries enrolled from kindergarten to grade 5, Chitra Ramanathan decided that it would be best to have each child create a small drawing or cut out image, with the option of painting or drawing her imagination directly on the surface. The idea became a welcome one, as each child brought in a specified sized piece to contribute, as a measure of his pride in taking part in such a school activity! When all children had contributed, Chitra Ramanathan completed the mural in her signature style of abstraction. The final painting was a child- like rendering of a world map image with continents and ocean portrayed

This site-specific public art project was made possible by a grant to the school by the Washington Township School District, Indianapolis. Once the project was completed, the school recorded a video of the work during progress. An image of Chitra Ramanathan completing the work became featured as a Wikipedia image.