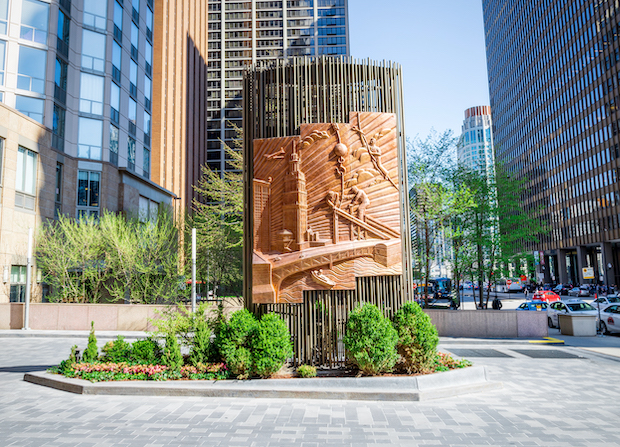 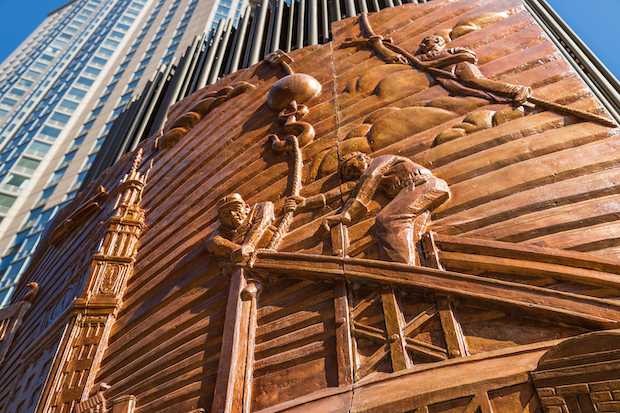 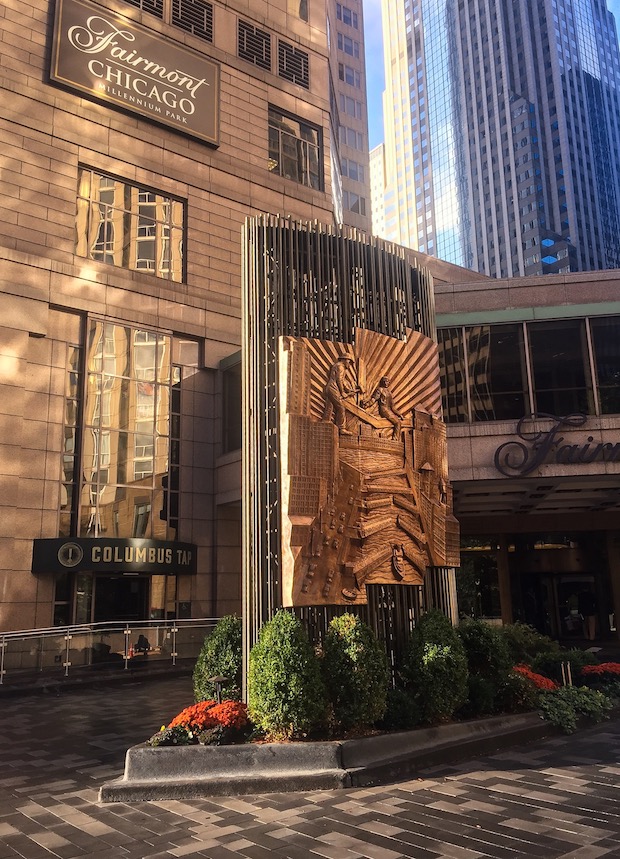 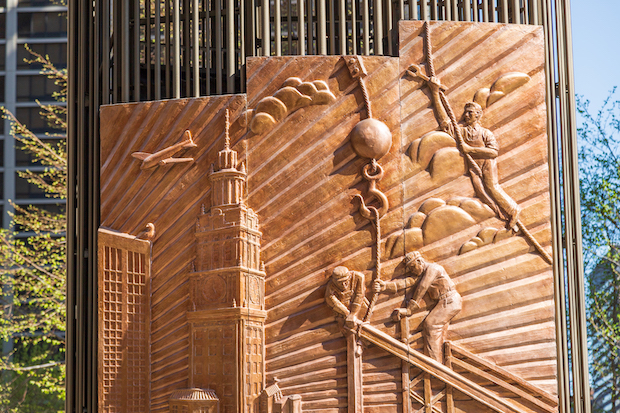 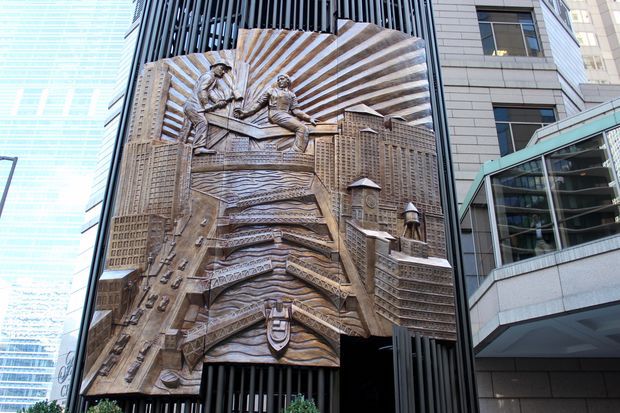 Located one block from Chicago’s Millennium Park, “Chicago Works” stands 20ft tall, 14ft wide, and 8ft deep in front of The Fairmont Hotel. The sculpture is composed of several panels of casted aluminum with a bronze patina. The design and style of “Chicago Works” creates a sense of movement in telling the story of how downtown Chicago was built. As the light hits the panels in different parts of the day, it takes on various shades of warm brown and gold.

Initially, the ownership of The Fairmont installed a digital art board on an oval-shaped aluminum rod structure near the entrance to the hotel. The light, which bled from the boards, caused many neighborhood complaints, so the hotel called upon Brad Oldham Sculpture to create a sculptural solution for the hotel guests and neighborhood residents alike that worked within the footprint of the digital art board. The artists created two iconic Chicago scenes in a social realist political movement style that was a popular artistic expression during the 1920s and 30s. This style is well-suited to show the building of the city. “Chicago Works” gives insight into the people and work behind the bridges and building in downtown Chicago. The story, materials, and functions of the installation works together to transform the space, and provide the artistic experience that hotel needed.

“Chicago Works” started with a site-visit by the artists, local interviews, and research into the history of the neighborhood. When creating site-specific sculpture, Brad and Christy invest time on the front end to get the tone, style, and story solidly in place.

Brad sculpted the artwork in the final 12-foot-tall scale. Once the clay version of the bas-relief sculpture was complete, it was then cut into three pieces to create a stair-step design that was able to install onto the existing aluminum rod and brackets structure. The artist team was able to reuse and reimagine the existing rod structure (because the overall shape and style worked well in the space) by casting the bas-relief panels in aluminum, which weighs 40% less than bronze. Oldham then created a warm, bronze-colored patina to complement the hotel design and neighborhood sensibility. On installation day, neighbors were so thrilled with the new artwork that they called the local television stations and newspapers. It was nice to have the immediate embrace of the neighborhood and media, especially since it was at their request that the hotel consider artwork that represented this part of Chicago with so much history.

Many of the city’s movable bridges were built in the 1920s-30s. Today these pathways continue to operate within walking distance of the hotel. “Chicago Works” is a immediate identifier to the hotel’s location near the Chicago River, and the style of the sculpture nods to the period when the bridges were built. The details within the sculpture also play a key role in its story. The clock on the Wrigley Tower is set to 5:00pm, as the workday is about to end. This is a time of reflection on the accomplishments of the day for hard working Chicagoans. Chicago Works!