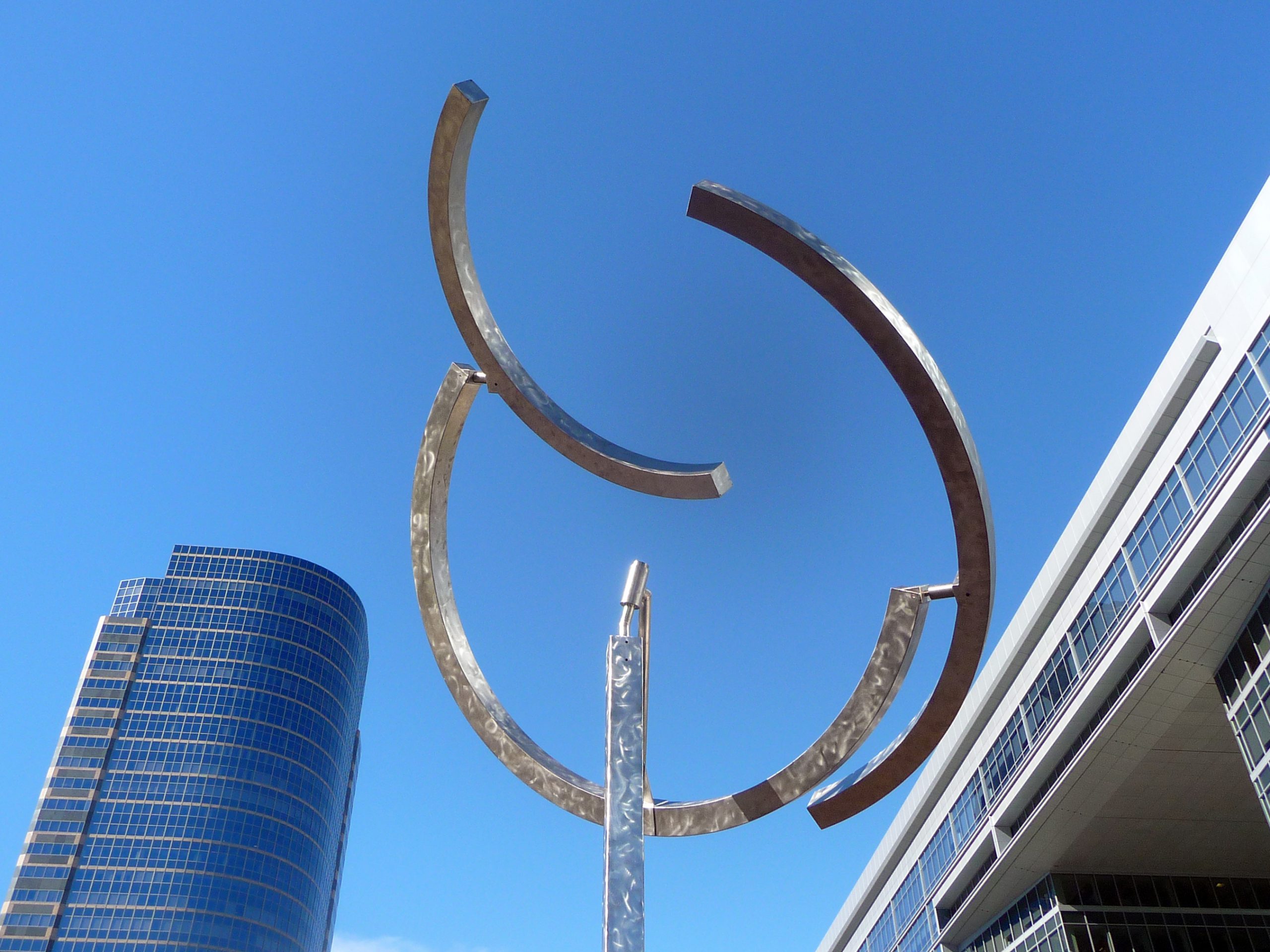 Century City Sculpture 2015 is a year long temporary exhibition of public sculpture throughout Century City, California. Jeffery Laudenslager has installed 3 large kinetic sculptures on the median of Avenue of the Stars.

The goal of installing these three of kinetic sculptures along Avenue of the Stars is intended to reflect the contemporary elegance of the area and the dynamic character that is Century City. Arched elements of each of the sculptures refers to the city's CC logo and motion to its considerable power and kinetic energy.