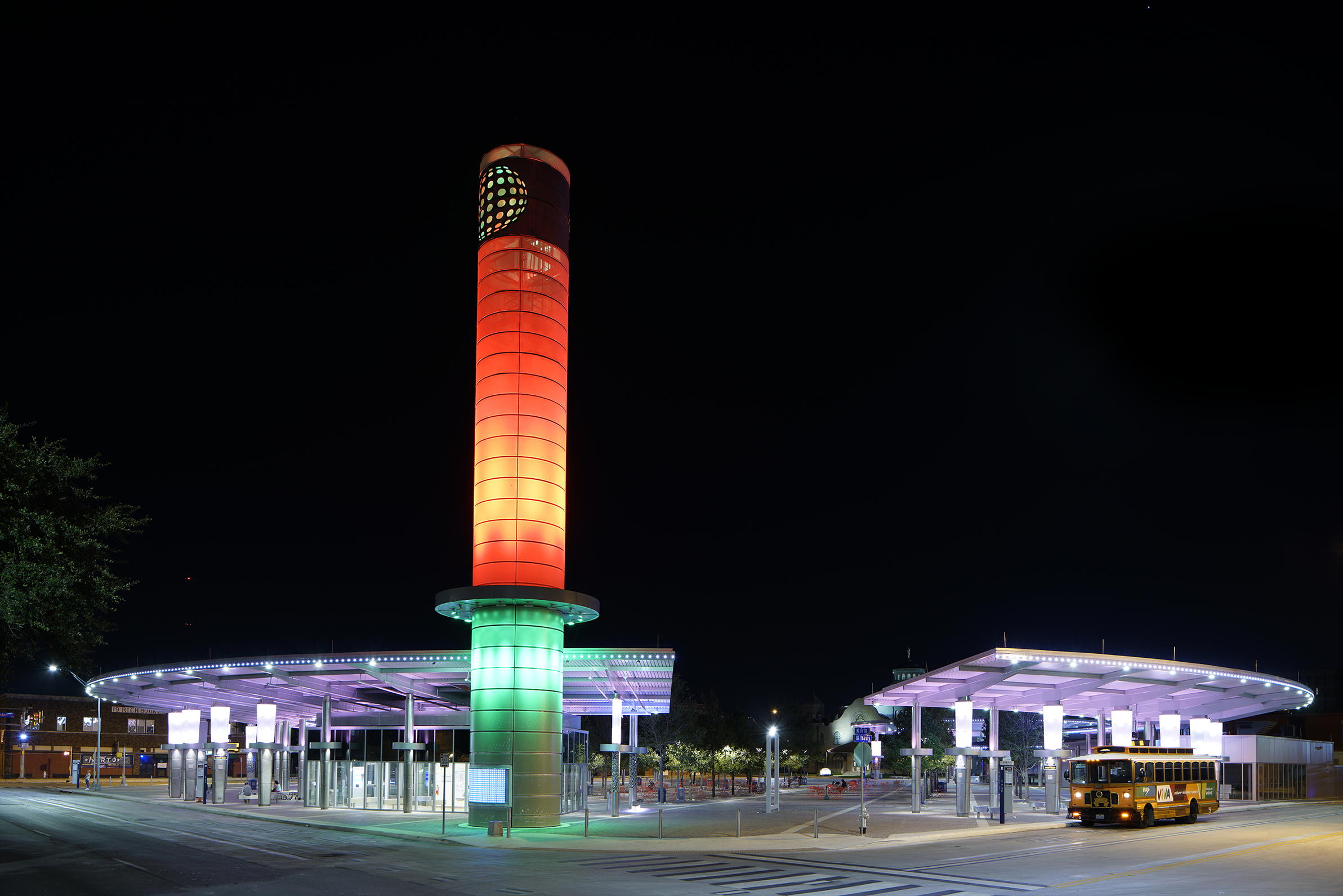 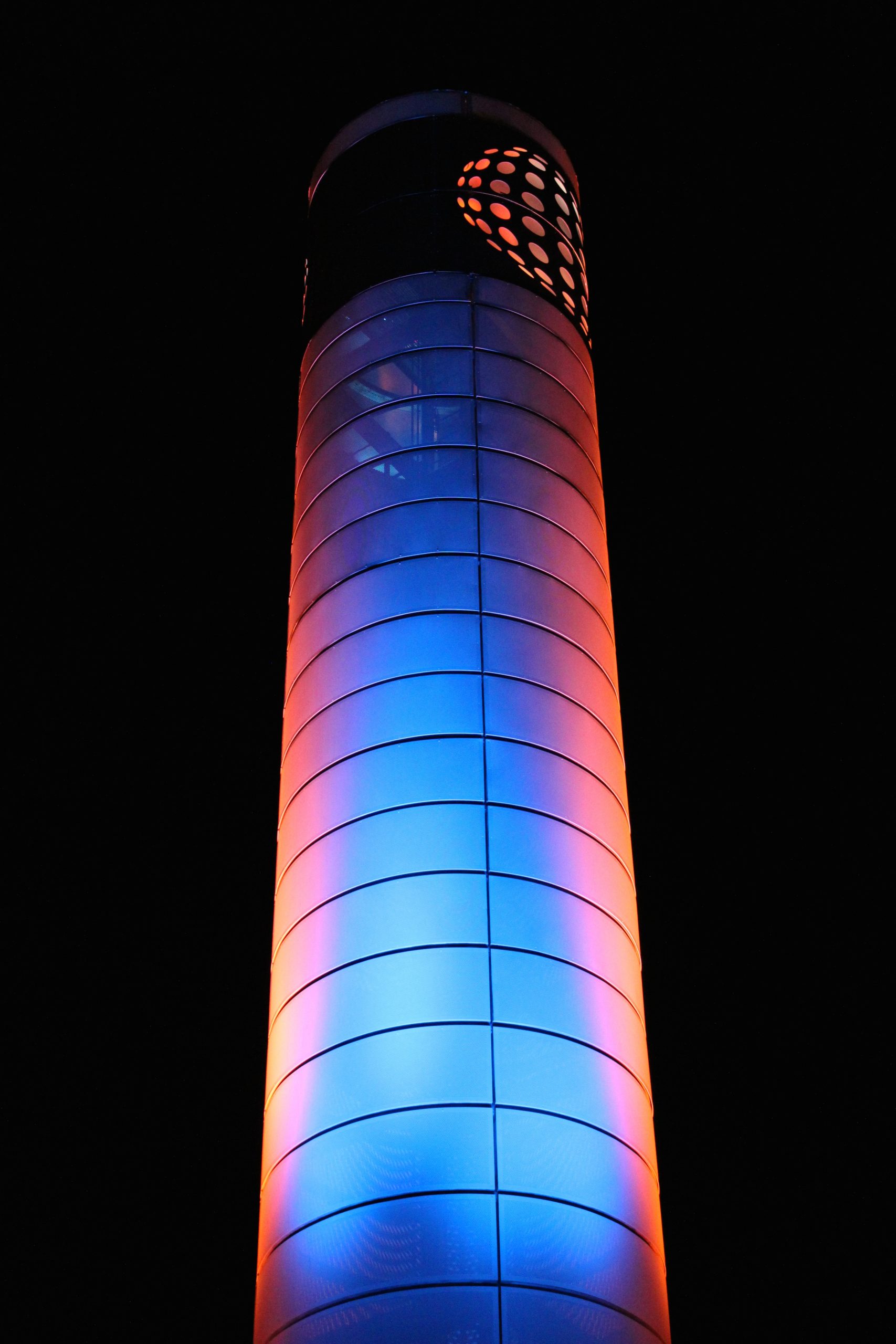 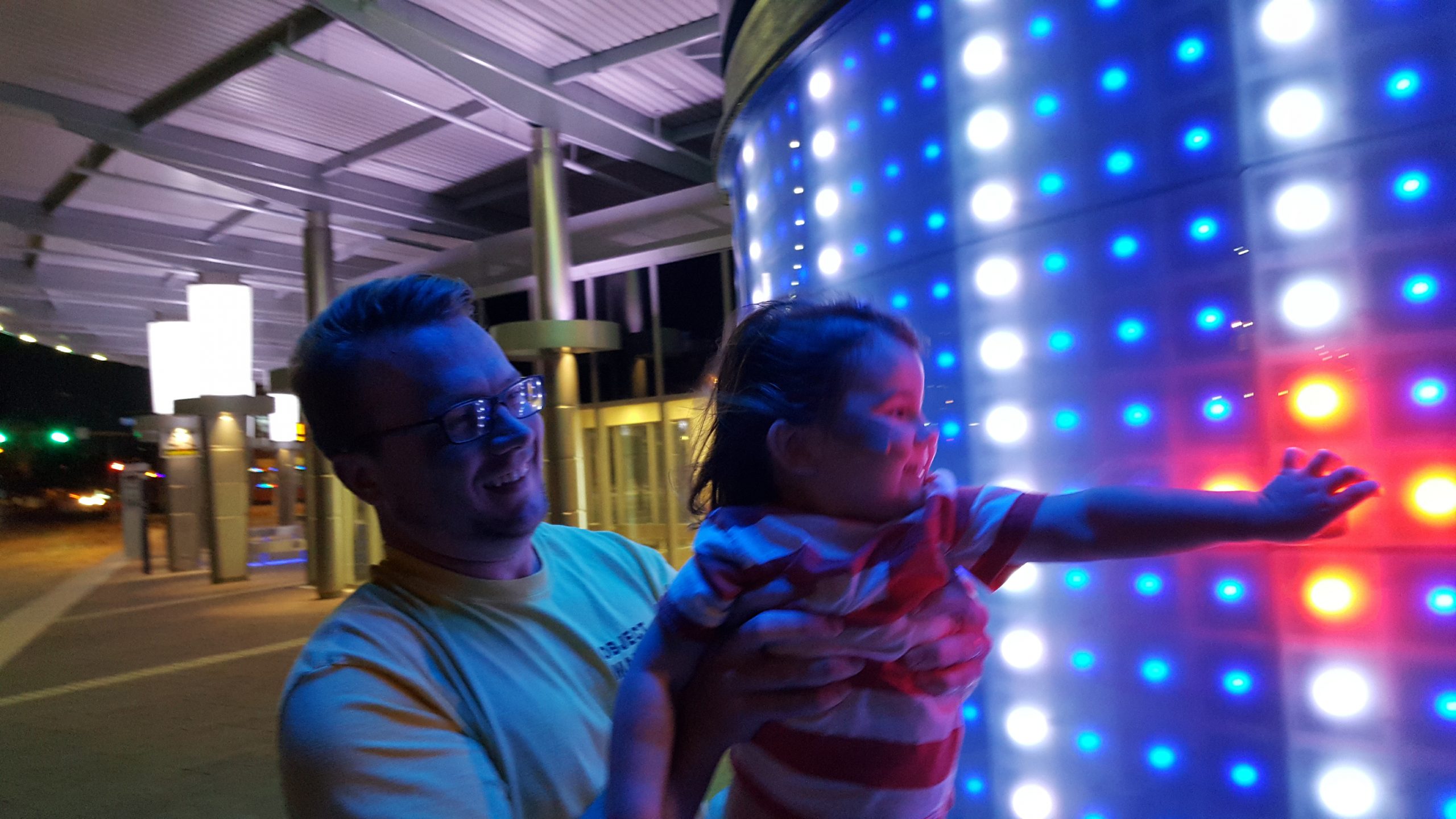 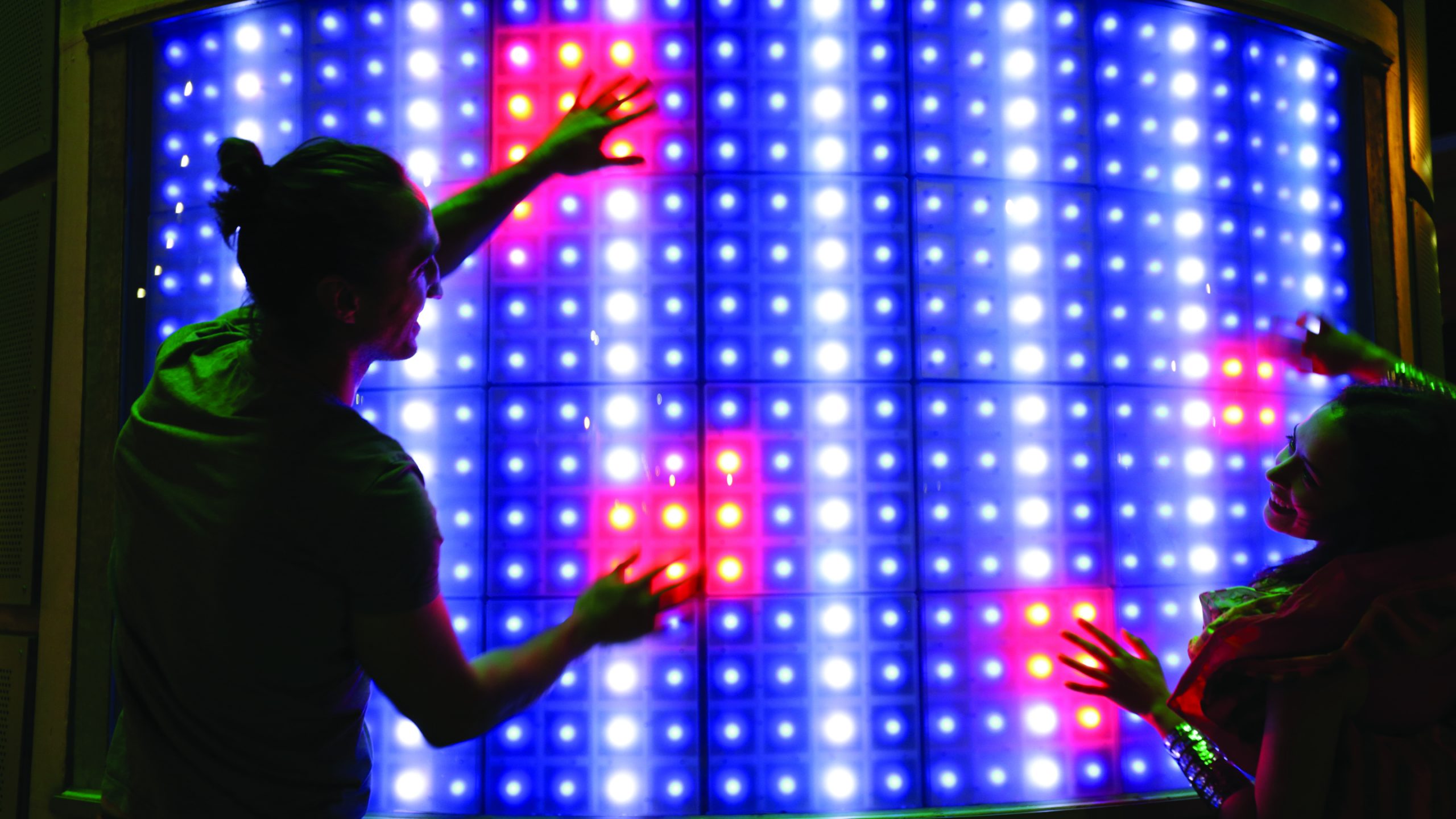 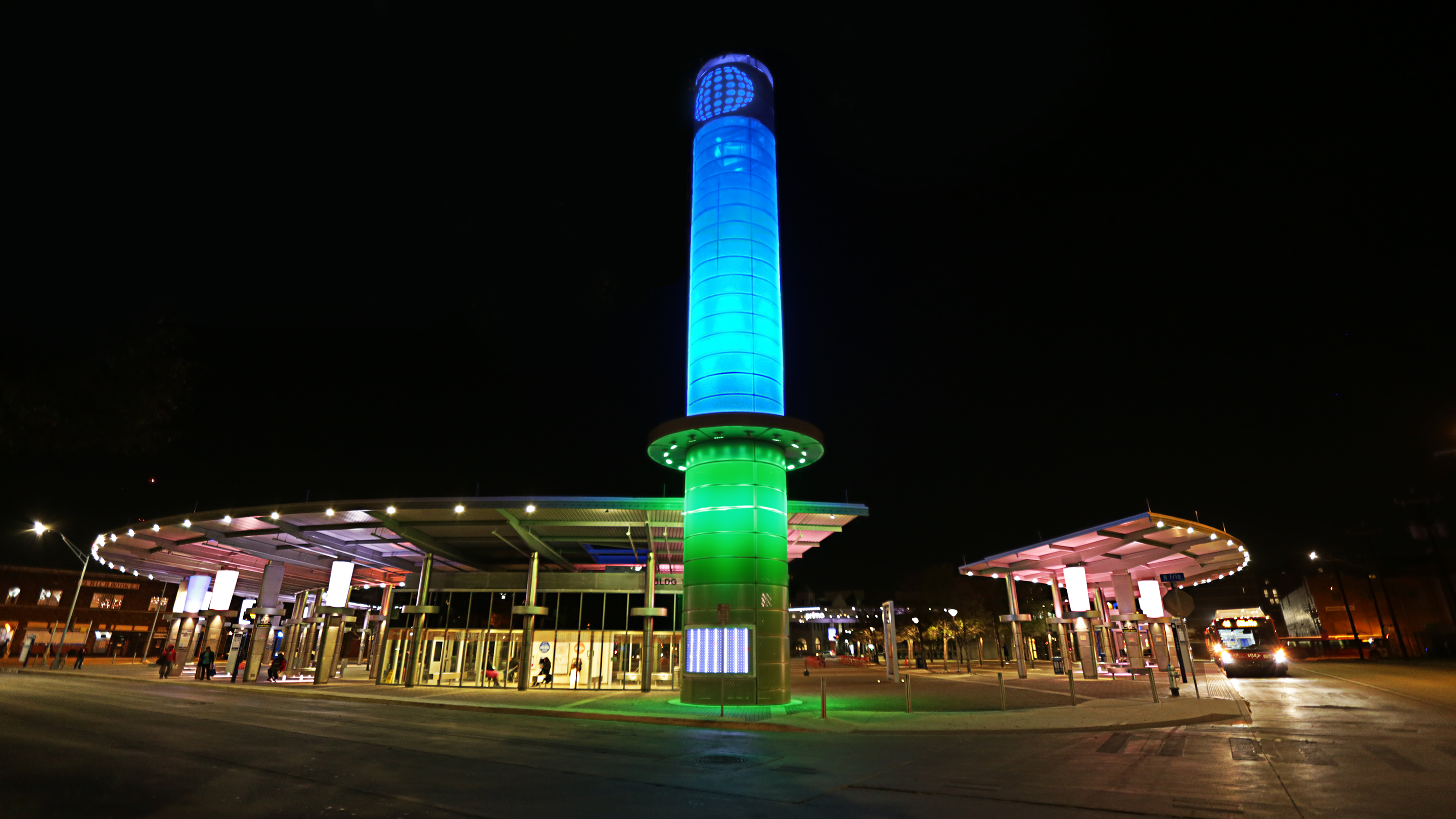 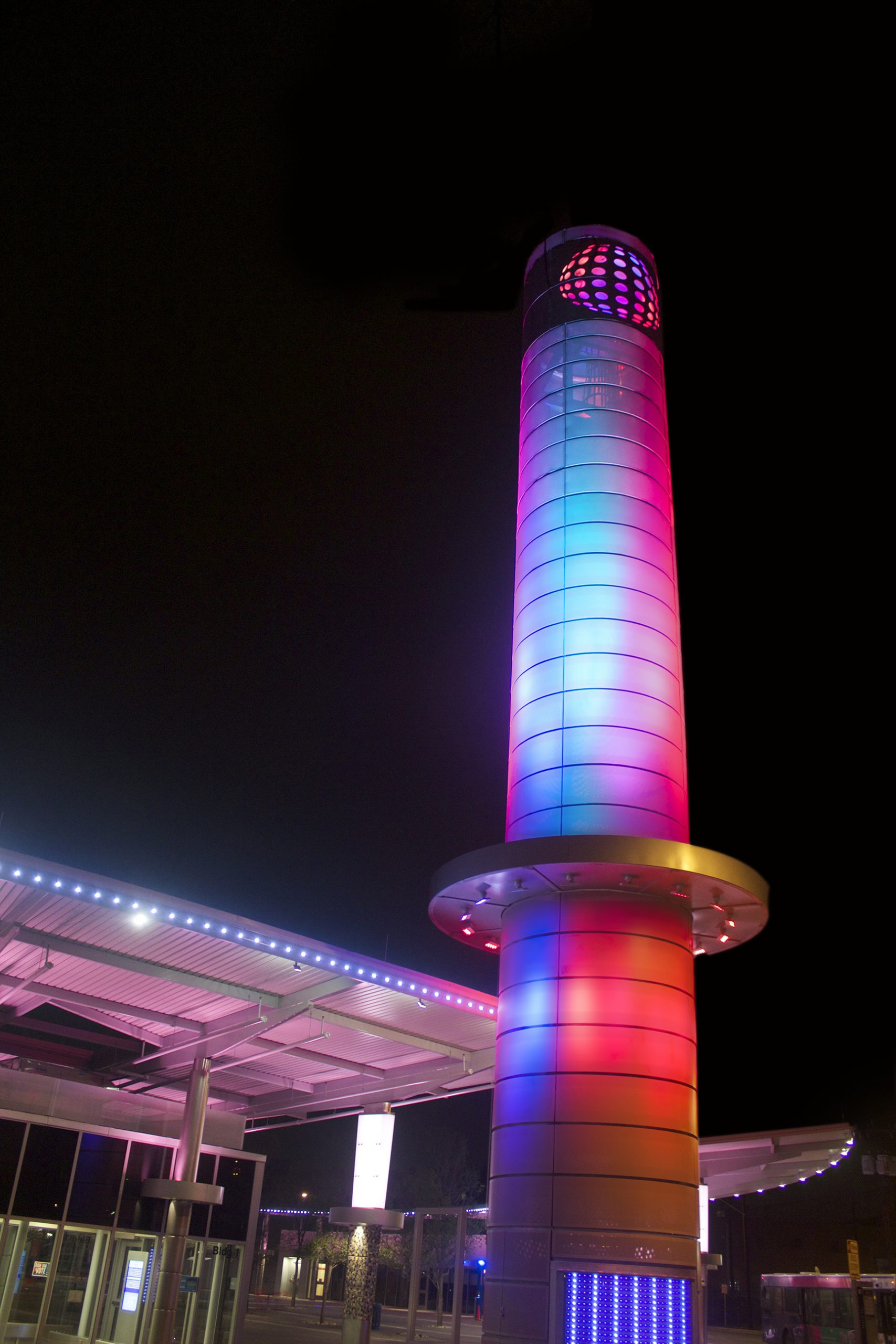 “Centro Chroma Tower” is an 80′ computerized LED light sculpture that functions as a way finding device for VIA Metropolitan Transit’s new Centro Plaza Transit Center in San Antonio. This iconic public art piece has a bus rider and pedestrian interactive aspect. At the base there are two interactive LED panels that respond to a participant’s movement.

VIA Transit wanted this new transit center to interface with all of the downtown bus service so it is a critical part of the transit system. The goal of the "Centro Chroma Tower" was to not only to function as a way finding device but also symbolize this new center. The integration of this public art piece was crucial to the success of the overall goals of the transit center.

I worked closely with the architectural team throughout the design process of the transit center. Collaboration between the artist and architects was essential for the success of this project. Because of this partnership I was able to have input on other aspects of the project and vice versa