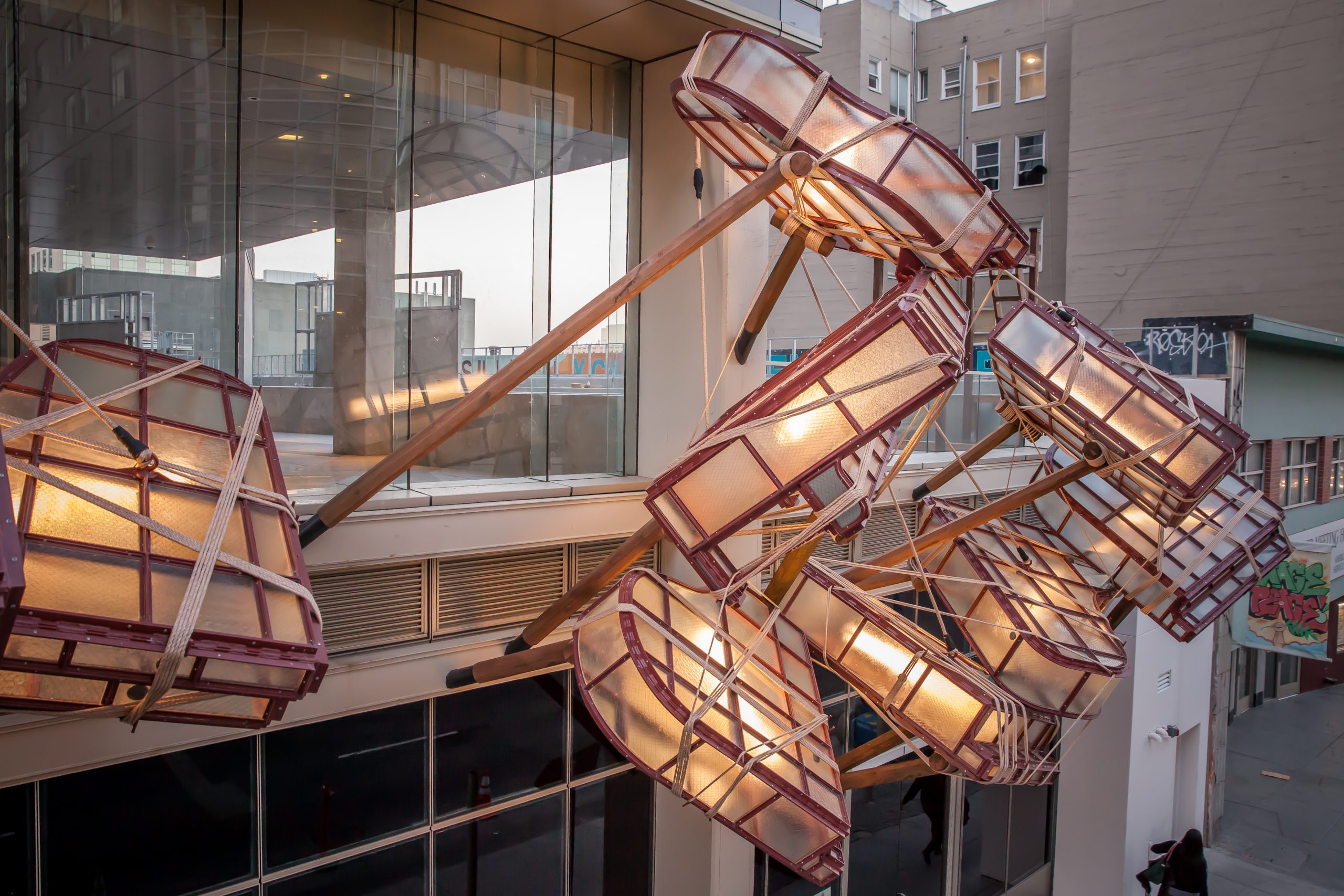 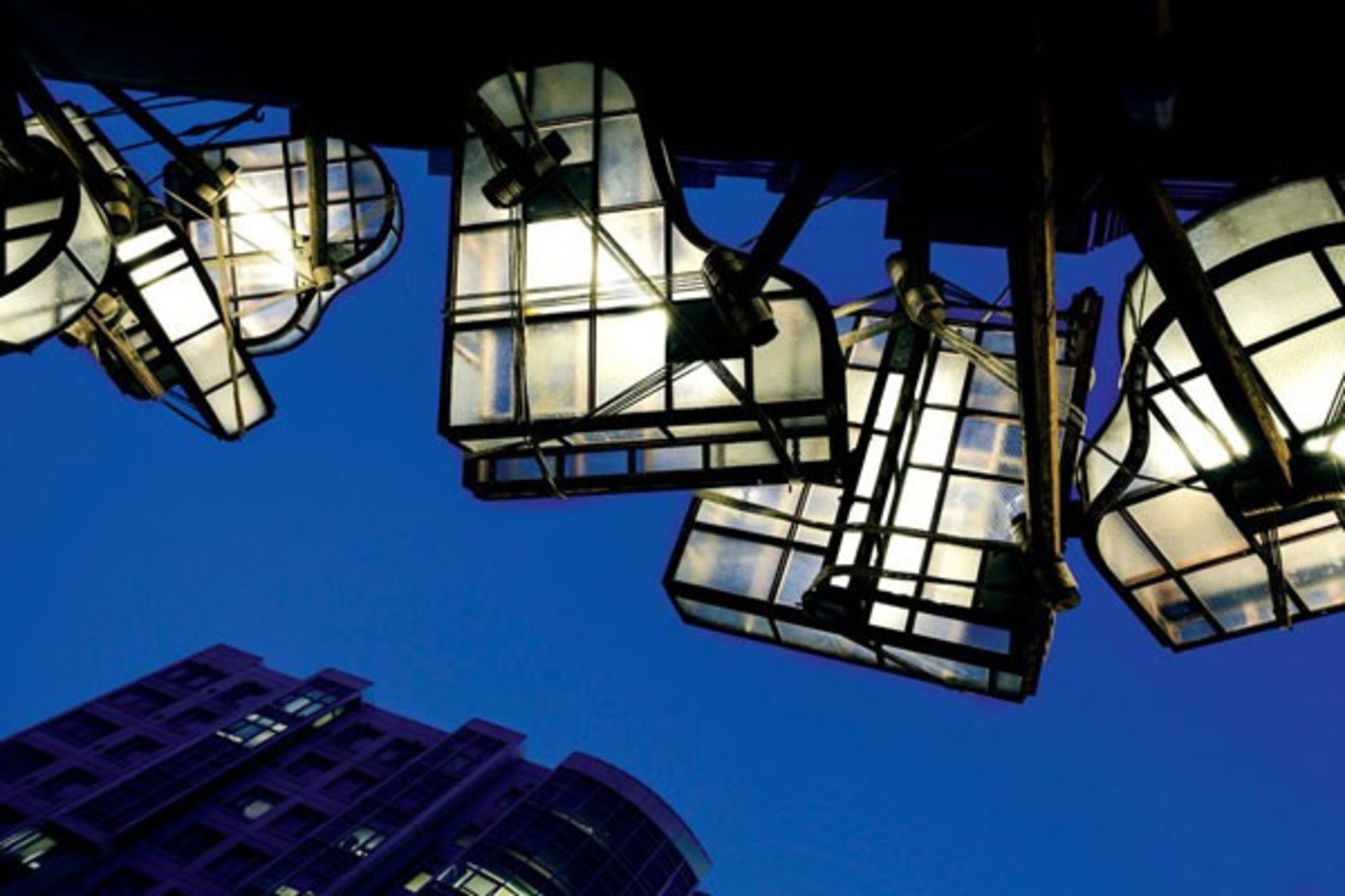 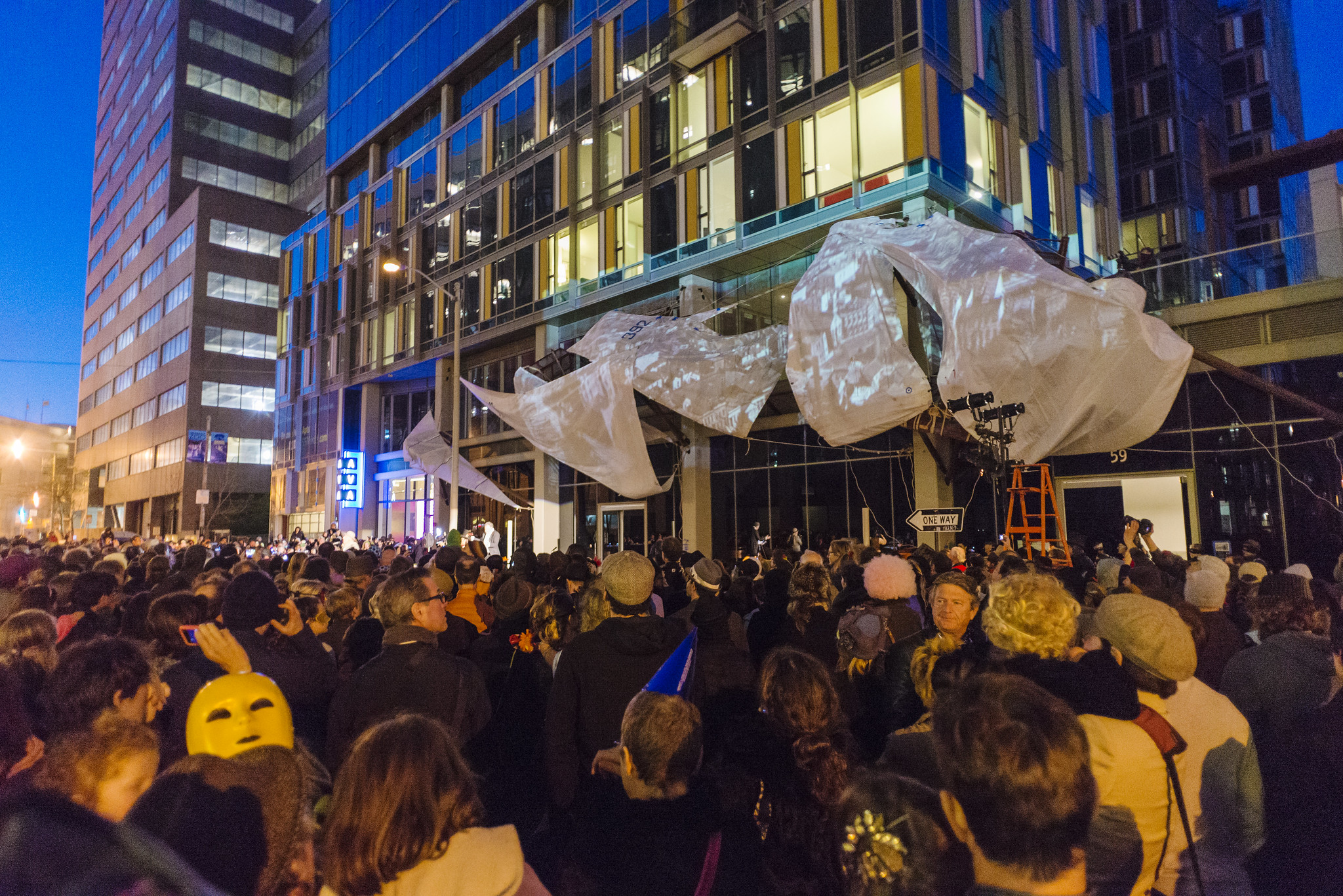 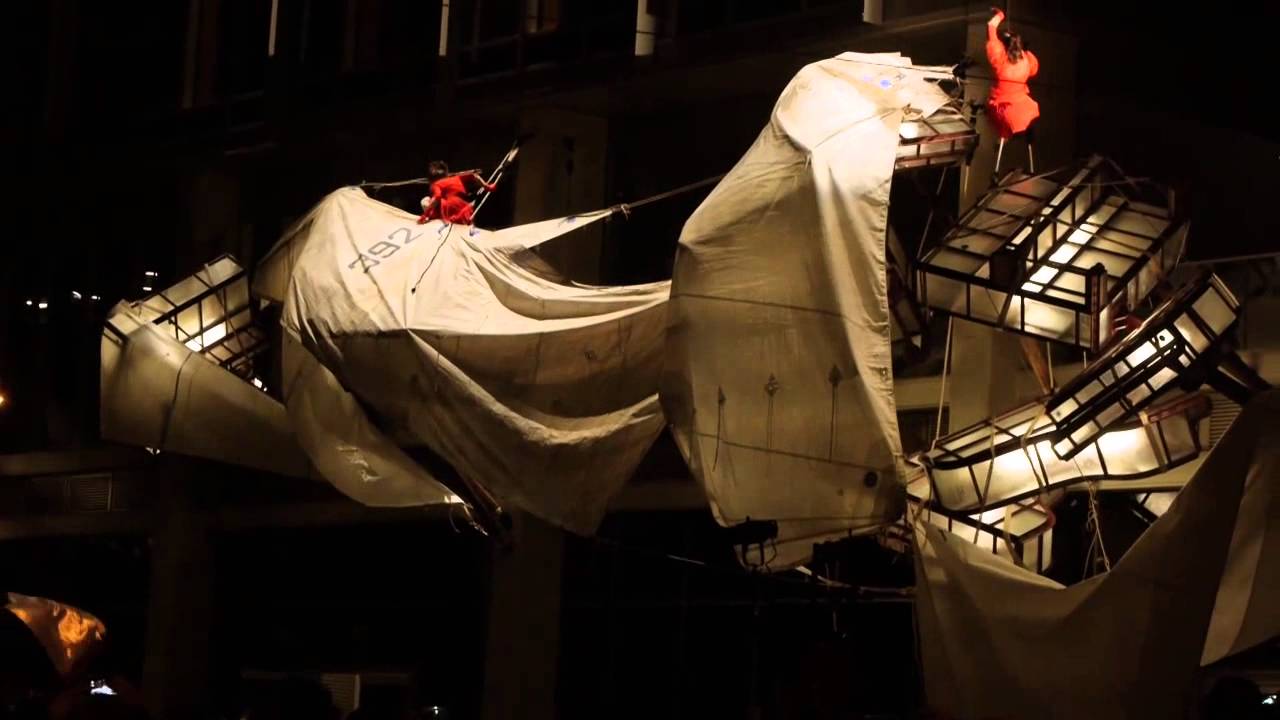 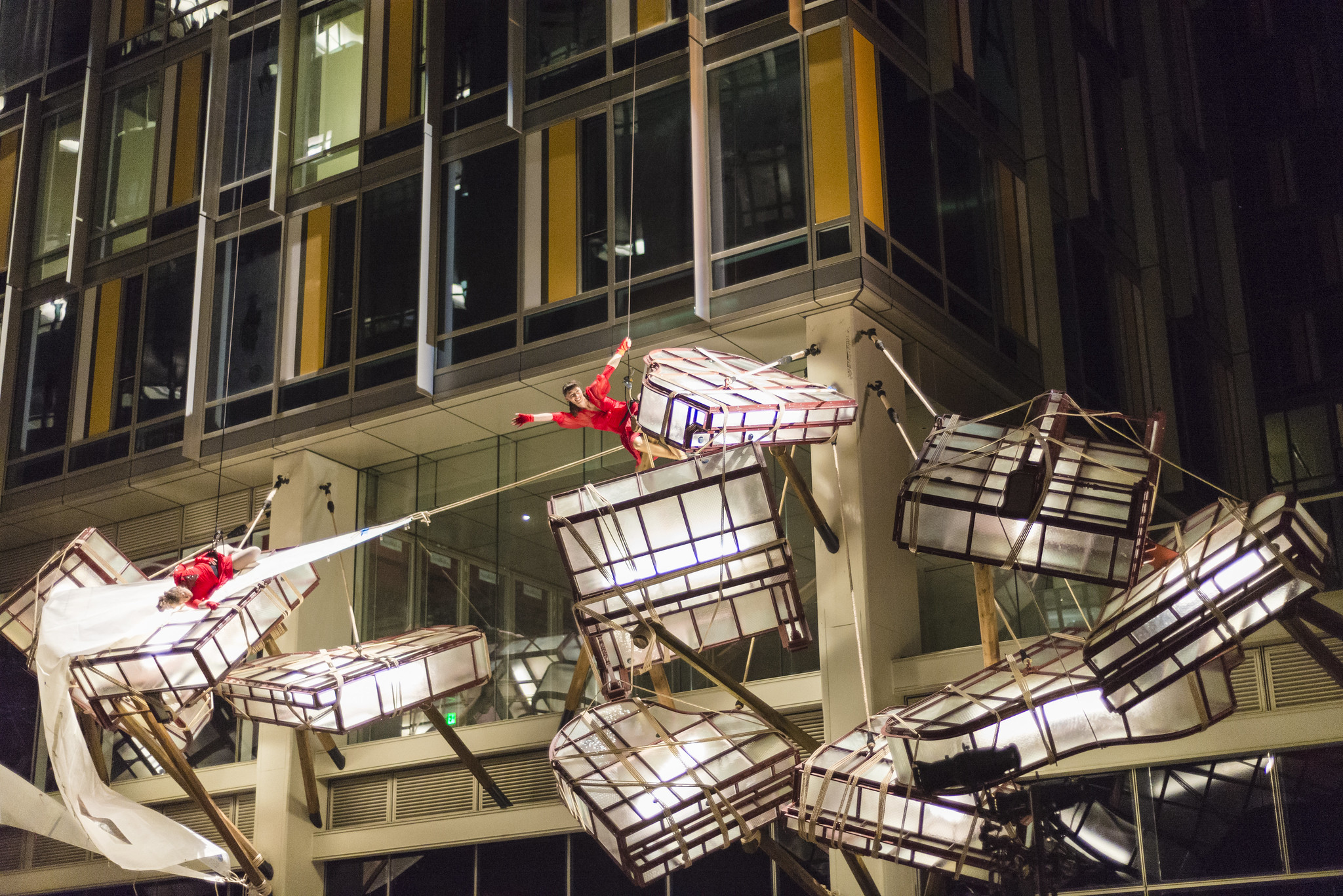 After singing “Carmen” in San Francisco, the beloved tenor Enrico Caruso awoke the next morning in his room at the Palace Hotel to the fantastic shaking of the 1906 Earthquake. “But what an awakening!” he was quoted in the newspaper, “…feeling my bed rocking as though I am on a ship in the ocean, and for a moment I think I am dreaming.” This artwork reimagines Caruso’s dream on that fateful night.

A sculptural canopy of glass and steel pianos, illuminate at dusk with internal LEDs that move in sync with Enrico Caruso’s operatic singing audible via radio micro-broadcast. The use of radio was conceptually relevant as Caruso’s voice was the first voice aired on the radio. Several piano companies were founded in San Francisco. Notably Sherman Clay, operating continuously for over 142 years until 2013, was built on the spot where a piano was buried to fill a large pothole.

The project was commissioned by the developer, AvalonBay Communities with funds allocated from San Francisco's 1% for the arts program. The goal was to create a public artwork that would be integrated into the building.