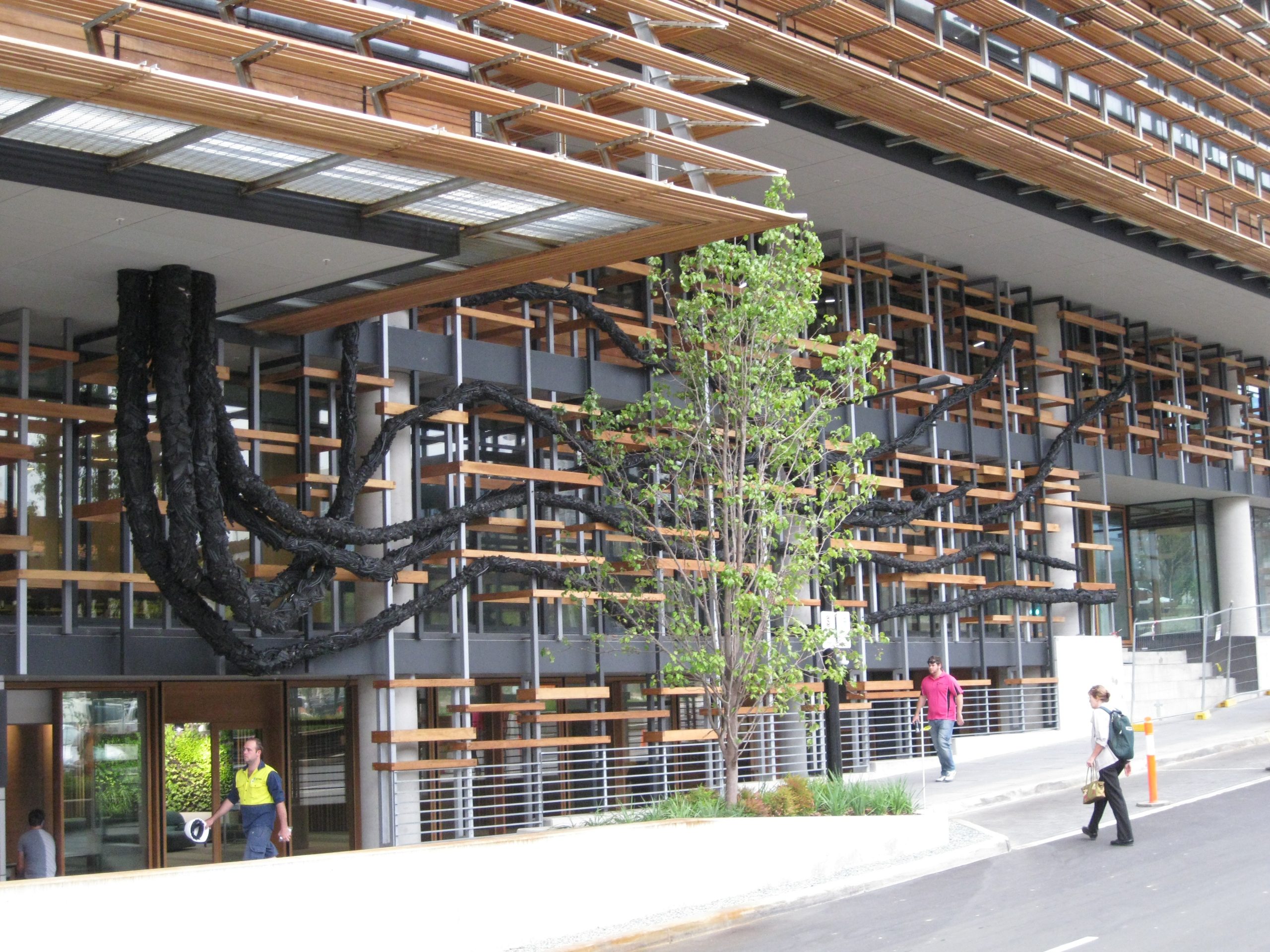 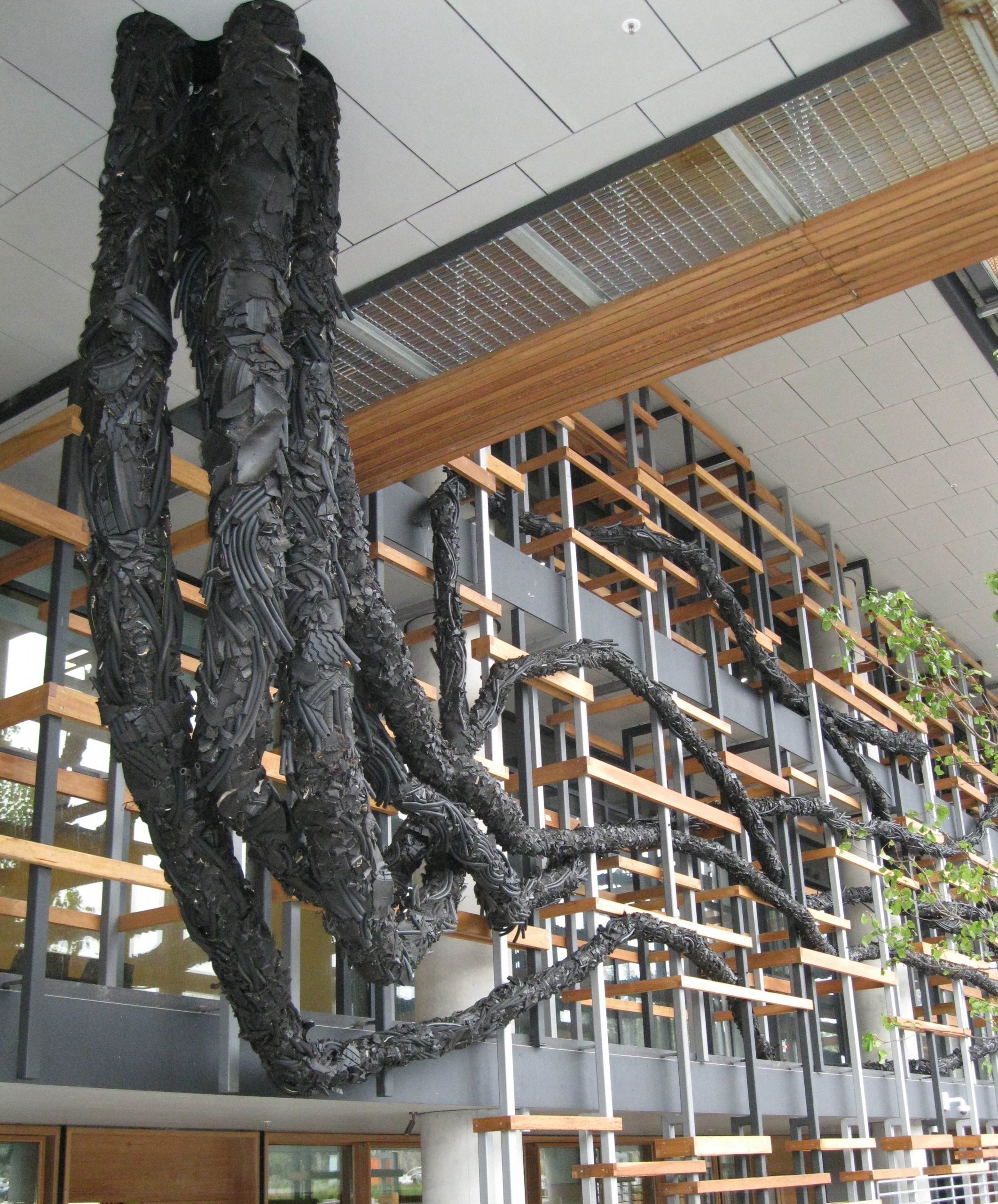 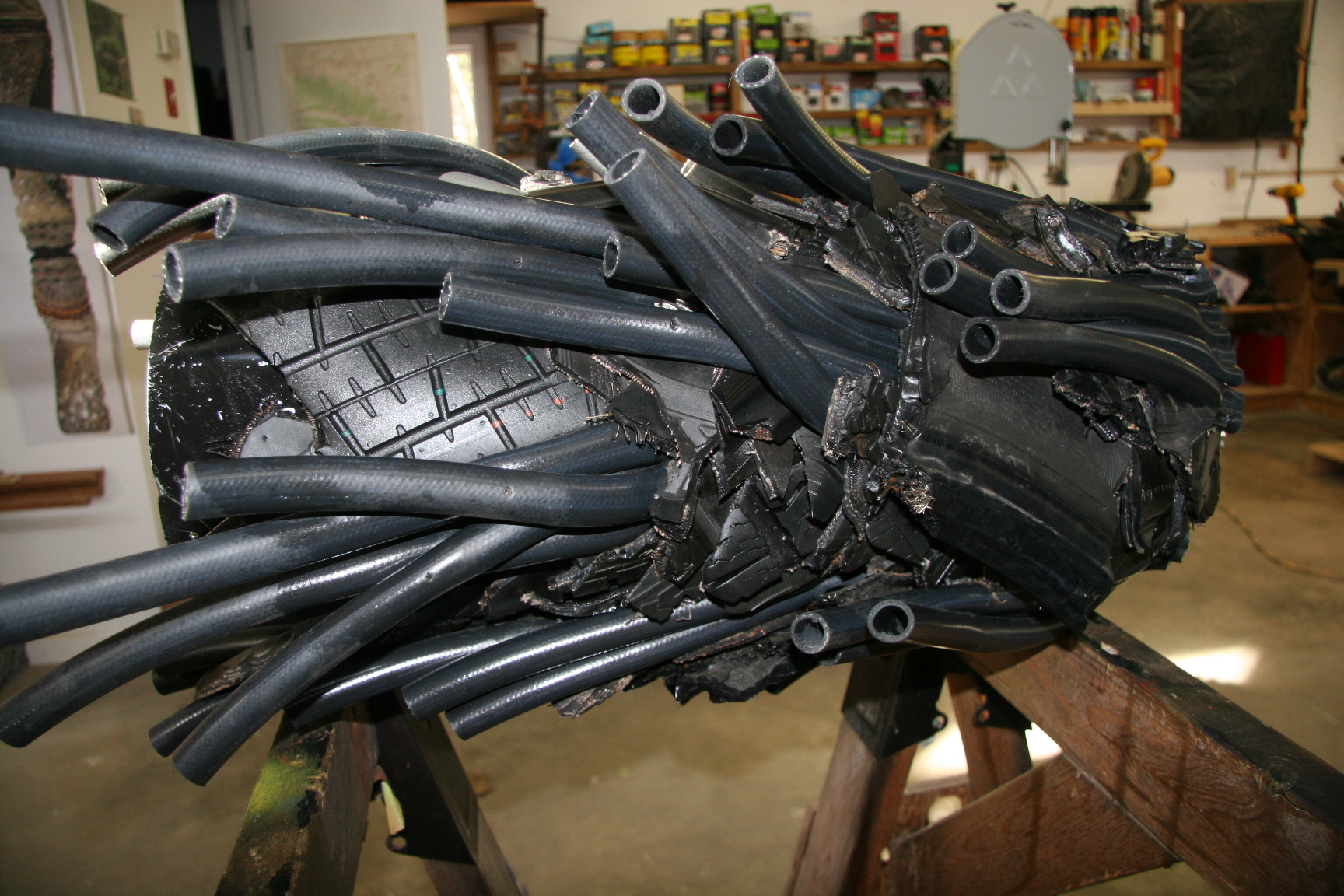 New Acton Nishi commissioned Carbon for the facade of the largest sustainable building in Australia for the entranceway over Office of Climate Change. It is made of rubber and steel. It was largely prefabricated in upstate New York and then shipped to Canberra, where it was installed by a professional crew over a three week period. The piece is highly engineered and designed to last indefinitely.

The developers were designing everything from a sustainable perspective. This included a 14 story wooden facade, gray water reuse, solar panels, low impact materials, and artwork that reflected the stated goal of sustainability. The materials in Carbon - mostly repurposed rubber tires which are carbon based - comment on climate change, as does the presence of the work itself.

This work involved art consultants, engineers, a CAD operator, studio assistants, and an Australian ground crew, in addition to the principles of the developer. I made three lengthy trips to Canberra to meet with the involved parties and coordinate everything. A lot had to be learned about doing such an enormous trans-oceanic project efficiently and on budget. We succeeded at both.