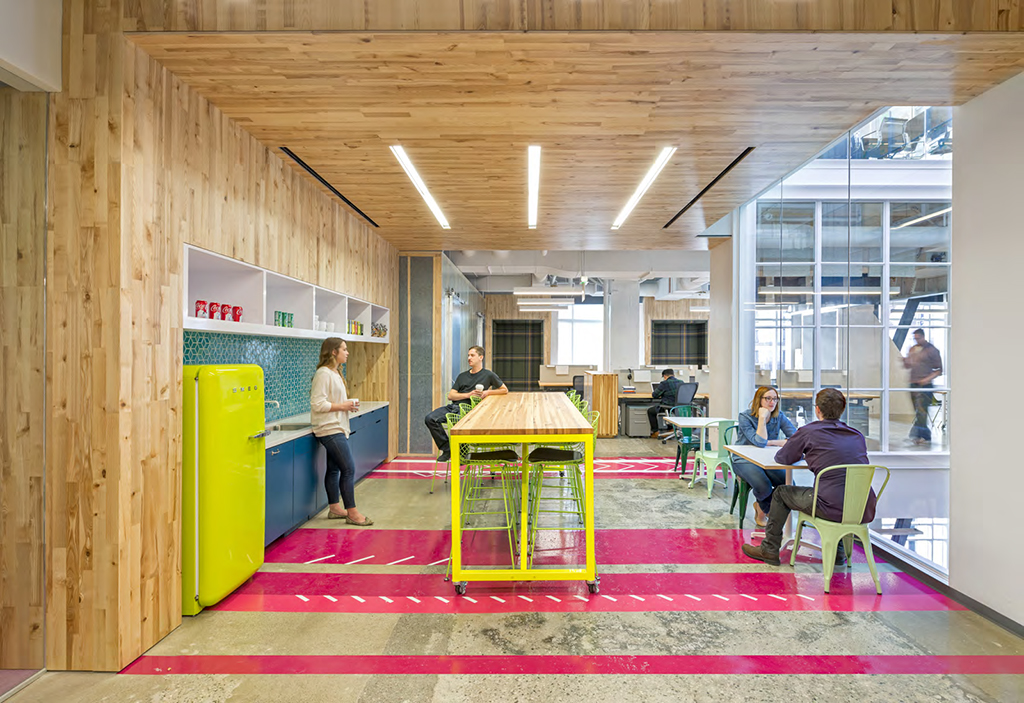 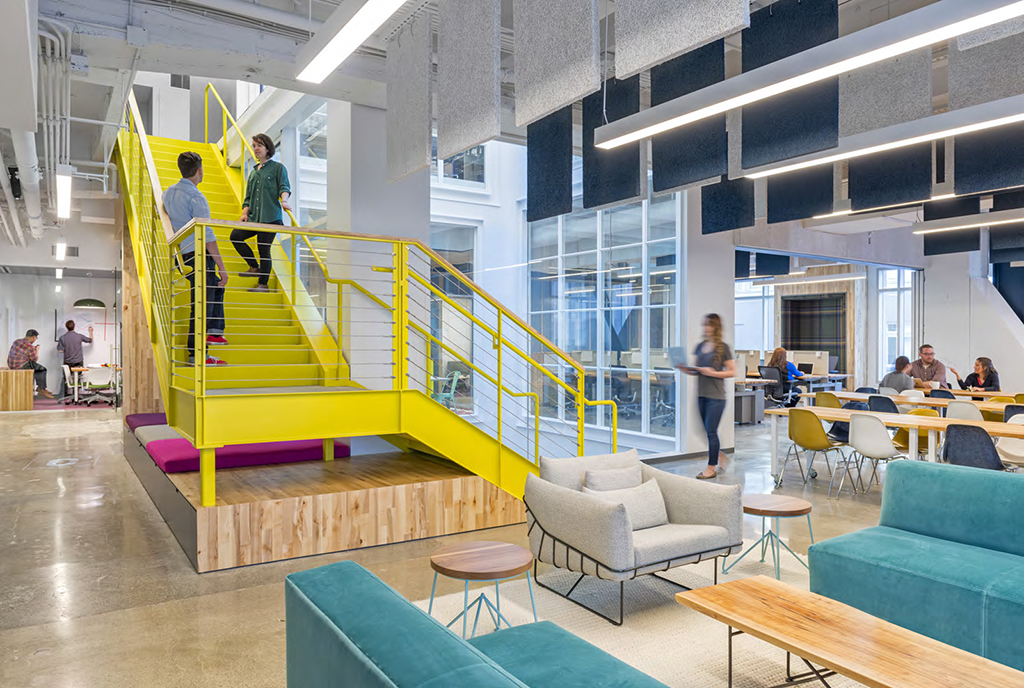 Capital One Labs is essentially a design studio. The space helps Capital One bank employees use design thinking to solve management challenges in banking developed using the ideas coming out of Stanford University's D-School. The gross square footage of the space is 3,500.

Creating an experience was the driving force behind all of Studio O A’s design choices. From the wall cubbies fitted out in Paul Smith plaid to the sound-absorbing Tectum panels suspended from the ceiling to the lime and pink kitchen and the phone room with recycled denim walls—every aspect of this environment is meant to enhance the experience of the creative people who are working in the space.

Color was just one aspect of a playfulness that extends throughout the design. Responding to the client’s request that the new space include a place to rest, O A went beyond a soft couch to create an elevated sleeping nook that is one of the central features of the space. The nook, which is accessed by a ladder, recreates the cozy isolation of a treehouse while providing a practical retreat. While the sleeping nook may be the most original of Capital One’s features, the most striking in visual terms is the staircase. Connecting the second and third floors, not with a hidden stairwell, but with a centralized, bright yellow piece of vertical sculpture, accomplishes the practical object while adding the intangible value that comes from inhabiting well-made space.