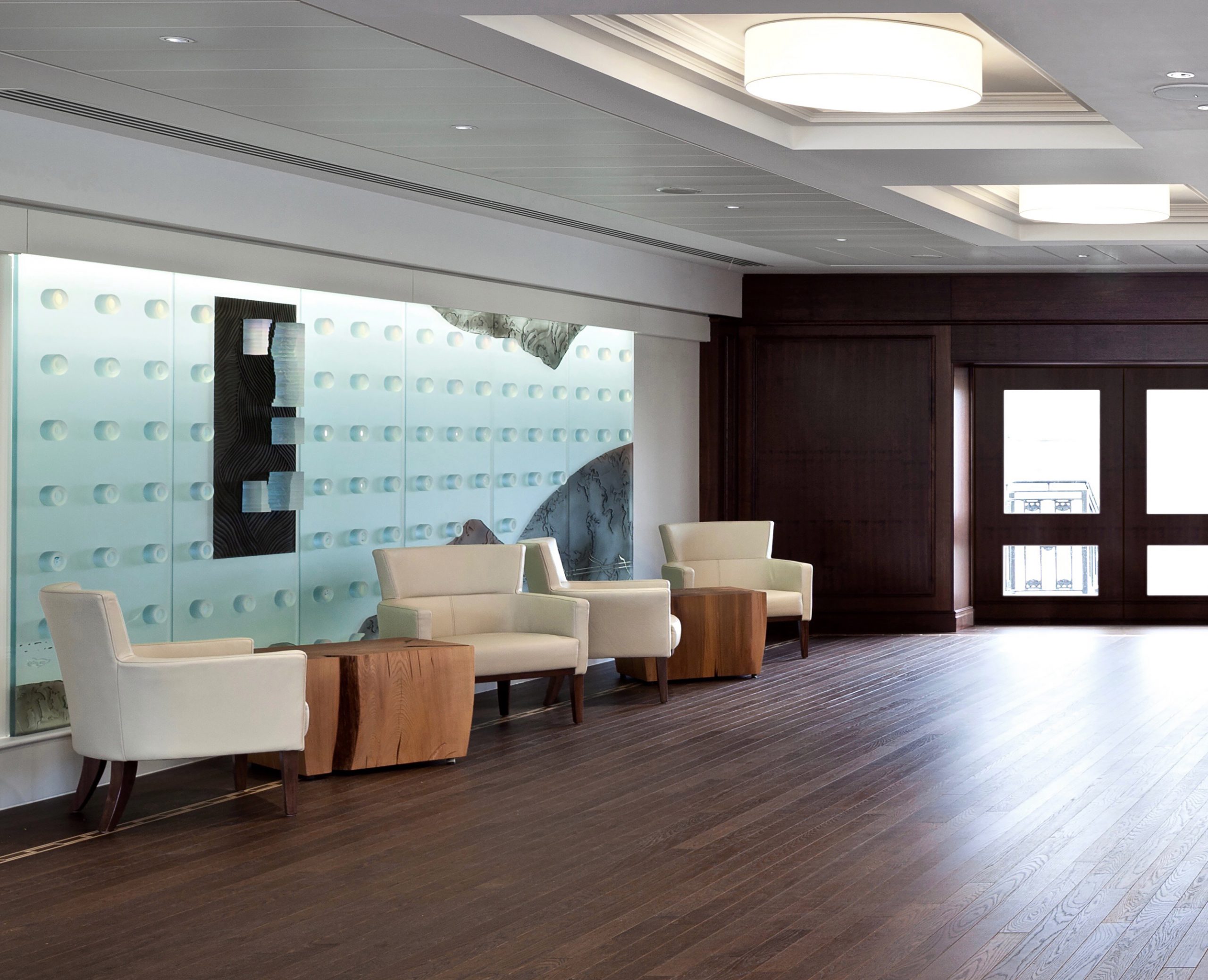 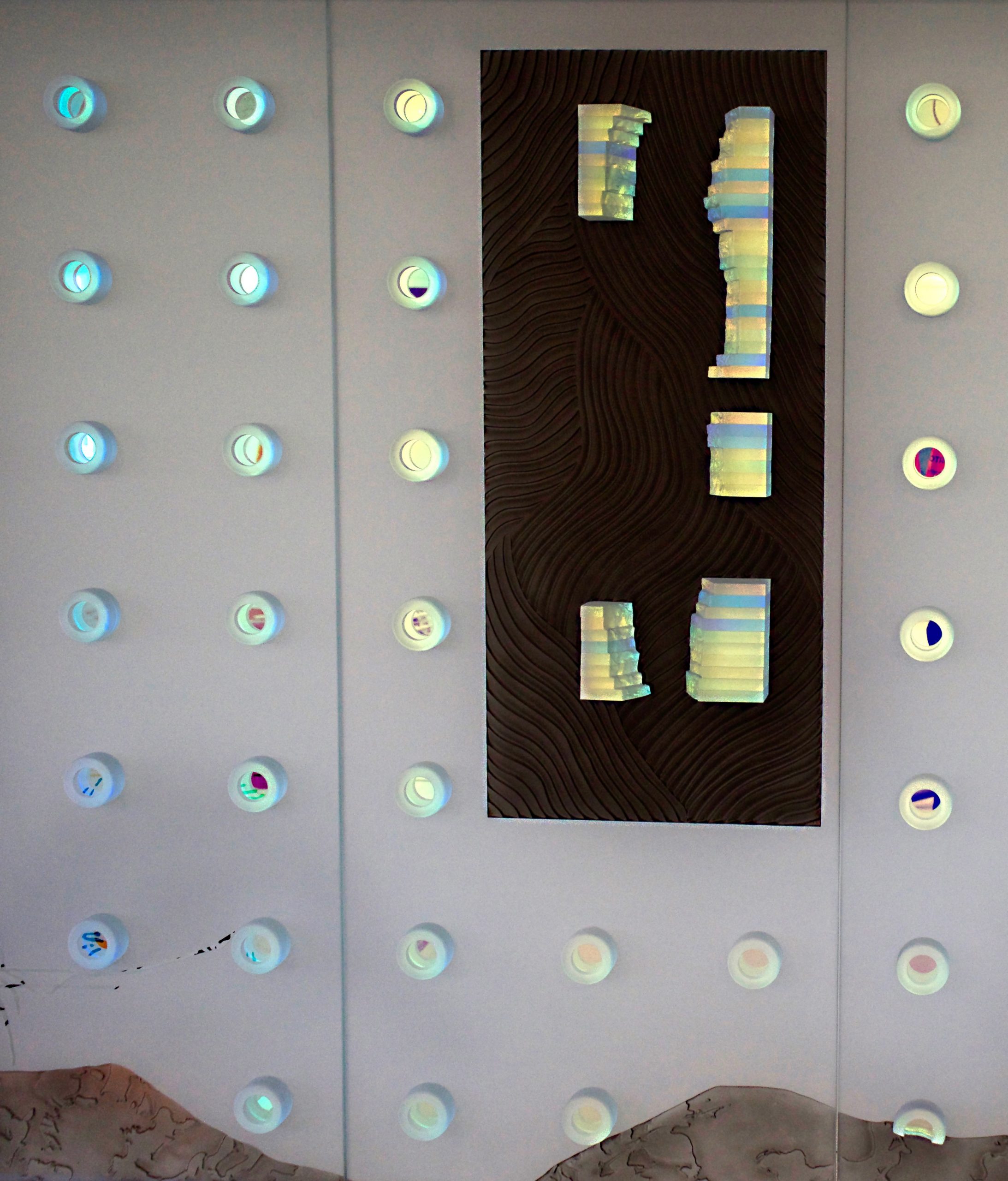 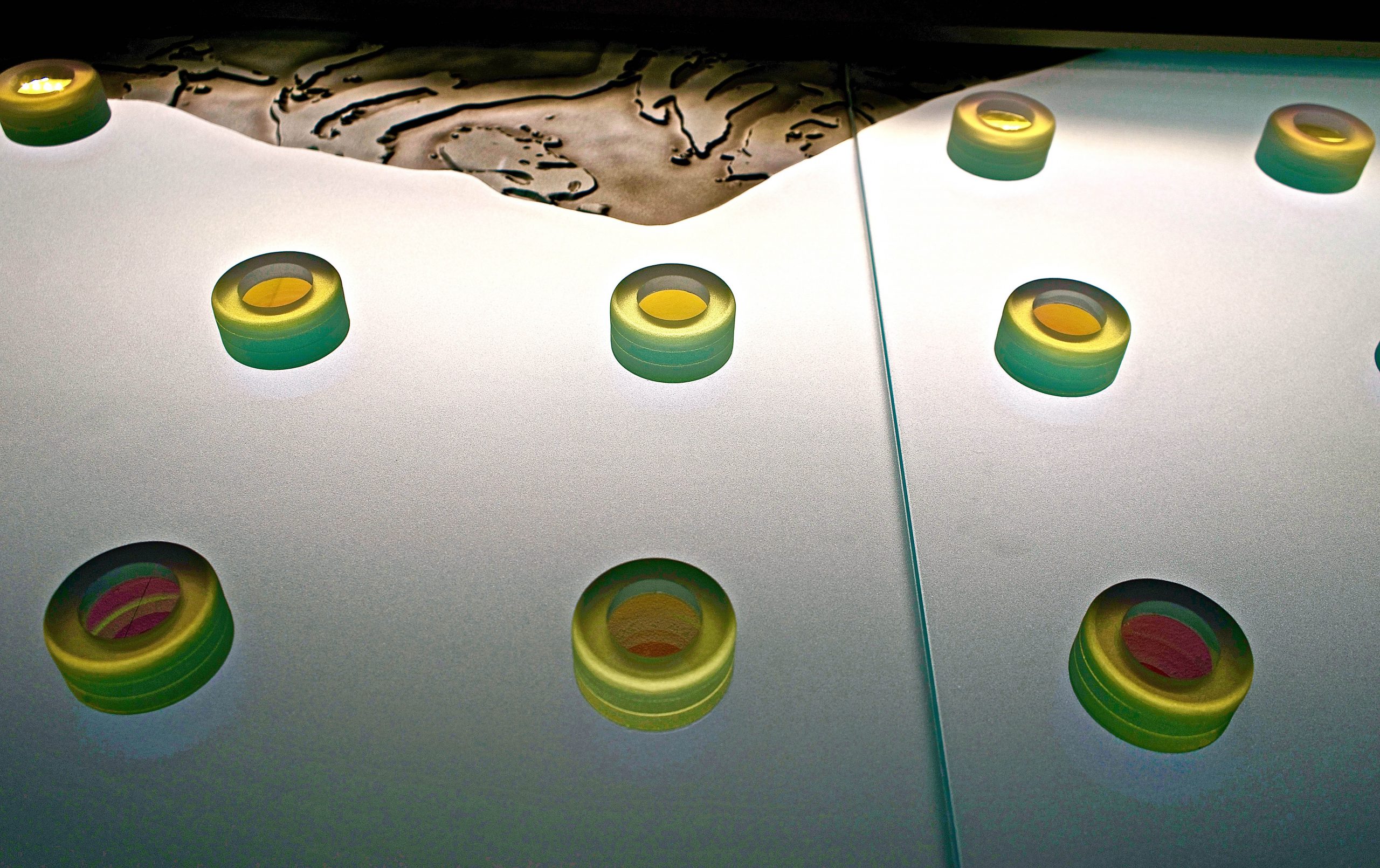 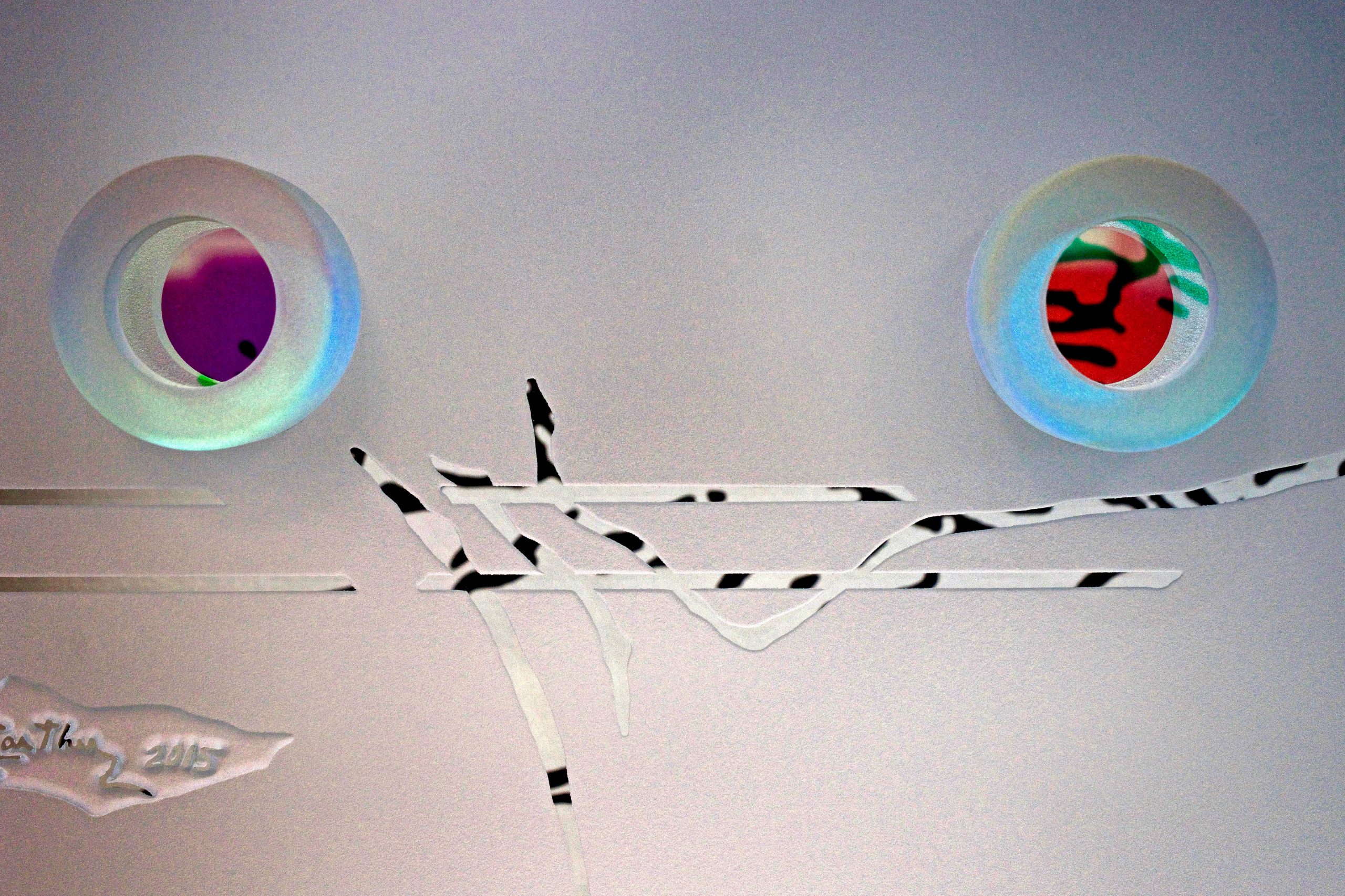 The 16 ft. x 7 ft. sculptural glass wall is located in the Laurier Room of the Canadian Embassy, London, UK. The room is located on the top floor of the embassy and is used as a VIP dining and meeting room. It is adjacent to a rooftop garden that overlooks Trafalgar Square. The sculptural glass wall reflects historical and natural aspects of Canada, while doing so through a contemporary lens. More specifically, the glass wall reflects symbolically the origins of Canada within the context of its relationship with the United Kingdom.

My objective was to create a work that would respond to the historical aspects of the architecture, while looking at Canada from a contemporary perspective.
The beaver, a Canadian symbol with a historic connection to Canada and the UK, is referenced in a large rectangular area with a carved linear pattern resembling fur.

Located on the wall behind the glass, are line drawings of beaver. They are only partially visible through narrow clear areas in the glass. A kinetic or moiré effect occurs due the spatial relationship of the lines as the viewer moves past the wall. The lines intersect creating an unexpected perception of movement. Though the beavers are mostly hidden from view, as they would be in nature, they create an awareness of their presence through fleeting glances.

The 93 cylindrical forms that float within the composition reference falling snow. Viewed from the side, the 3D forms are pure white but as you move past the work, colors emerge. The wall exhibits color shifts due to the dichroic glass. As you walk, they successively shift in waves of color, creating a kinetic visual experience. When directly in front of the work, the colors are their brightest.

The collaborative process between myself, as the artist, and the designers on the project was very close. Cindy Rodych and Jean-Pierre Vos of Stantec Architecture, were great collaborators. I had worked with Cindy on several projects before the embassy and we already had established a dialogue that allowed us to work well together. We knew what to expect from each other and that made things flow very well. Cindy and Jean-Pierre were a tremendous help in defining the context of the nearly 200-year-old building on Trafalgar Square and were supportive for the ideas I had in creating a contemporary work that would be counterpoint to the historical setting.

Though not officially a collaborator, the High Commissioner, Gordon Campbell was also involved in this process, offering his insight into the politics of that prestigious but sensitive site.
There was a lot of pressure near the completion of the project as the unveiling of the sculptural glass wall and of the renovated embassy was being attended by Her Majesty the Queen. During the final push when tensions were high, the team worked well together and the completion went smoothly.

The kinetic visual experience is an important aspect of this work. The perceived movement within the stationary work, is a primary element of the concept. The site is a VIP dining room at the top on the embassy. Guests will often walk past the glass wall while moving to the rooftop garden overlooking Trafalgar Square. In the process of doing so, the viewers experience the kinetics of the work.