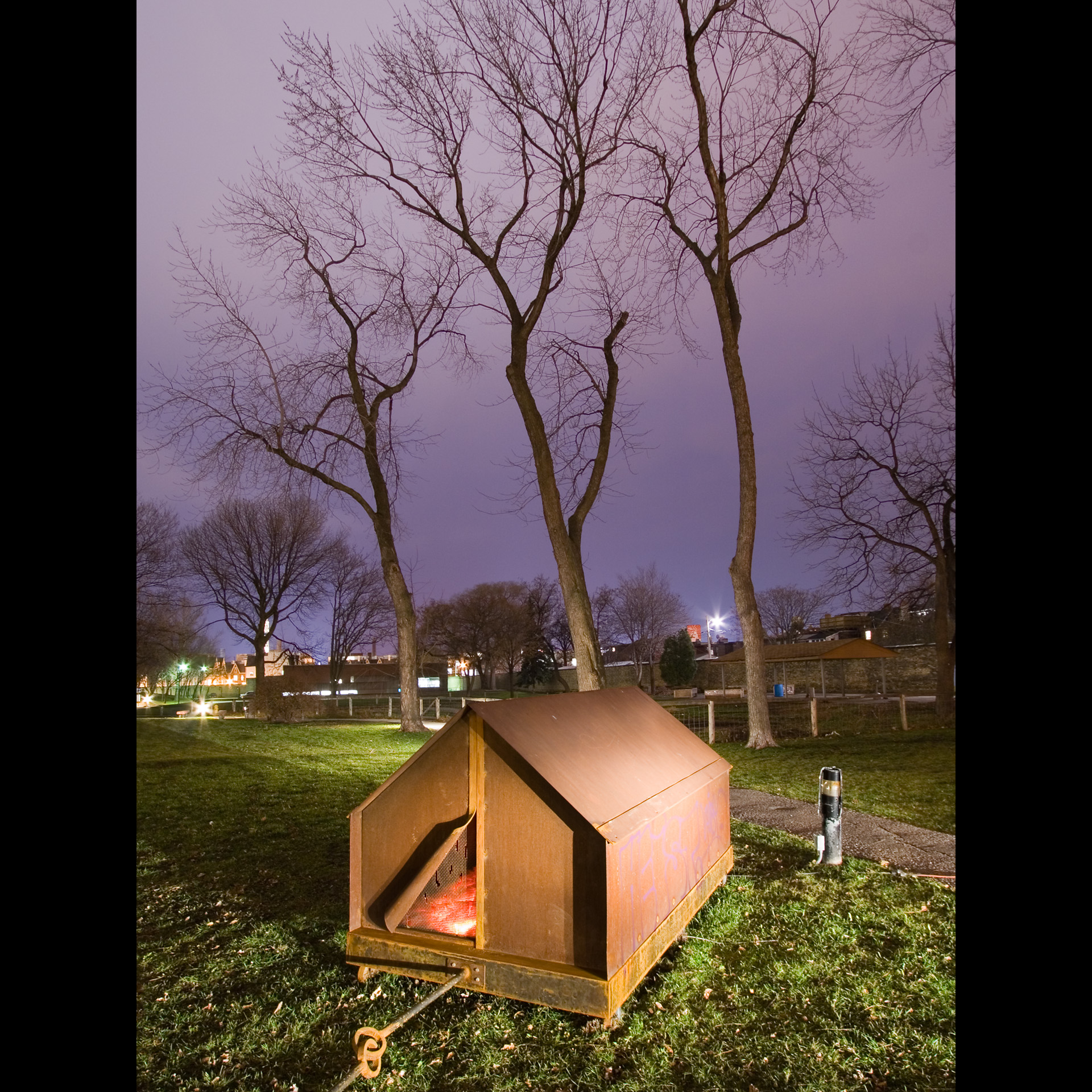 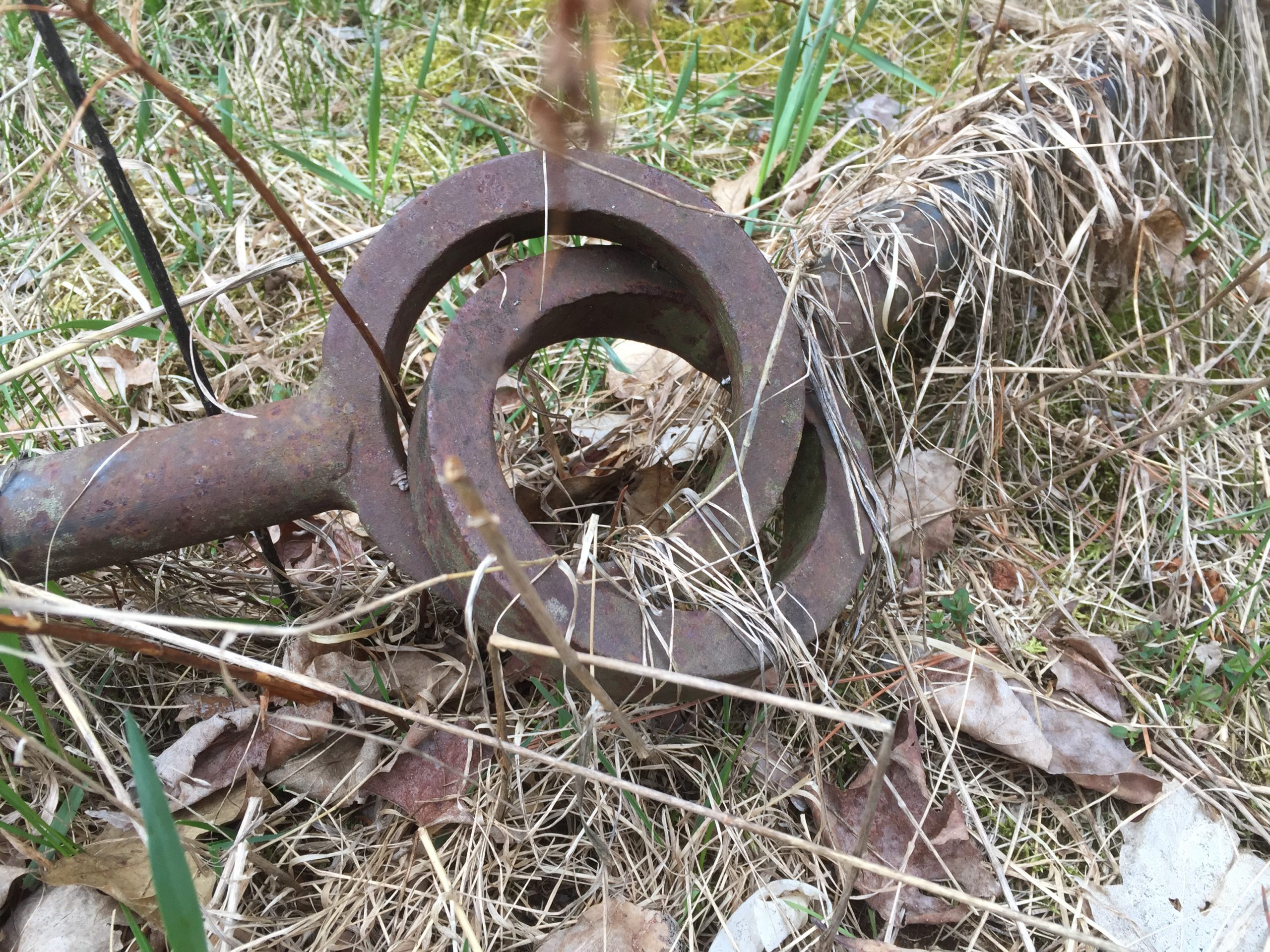 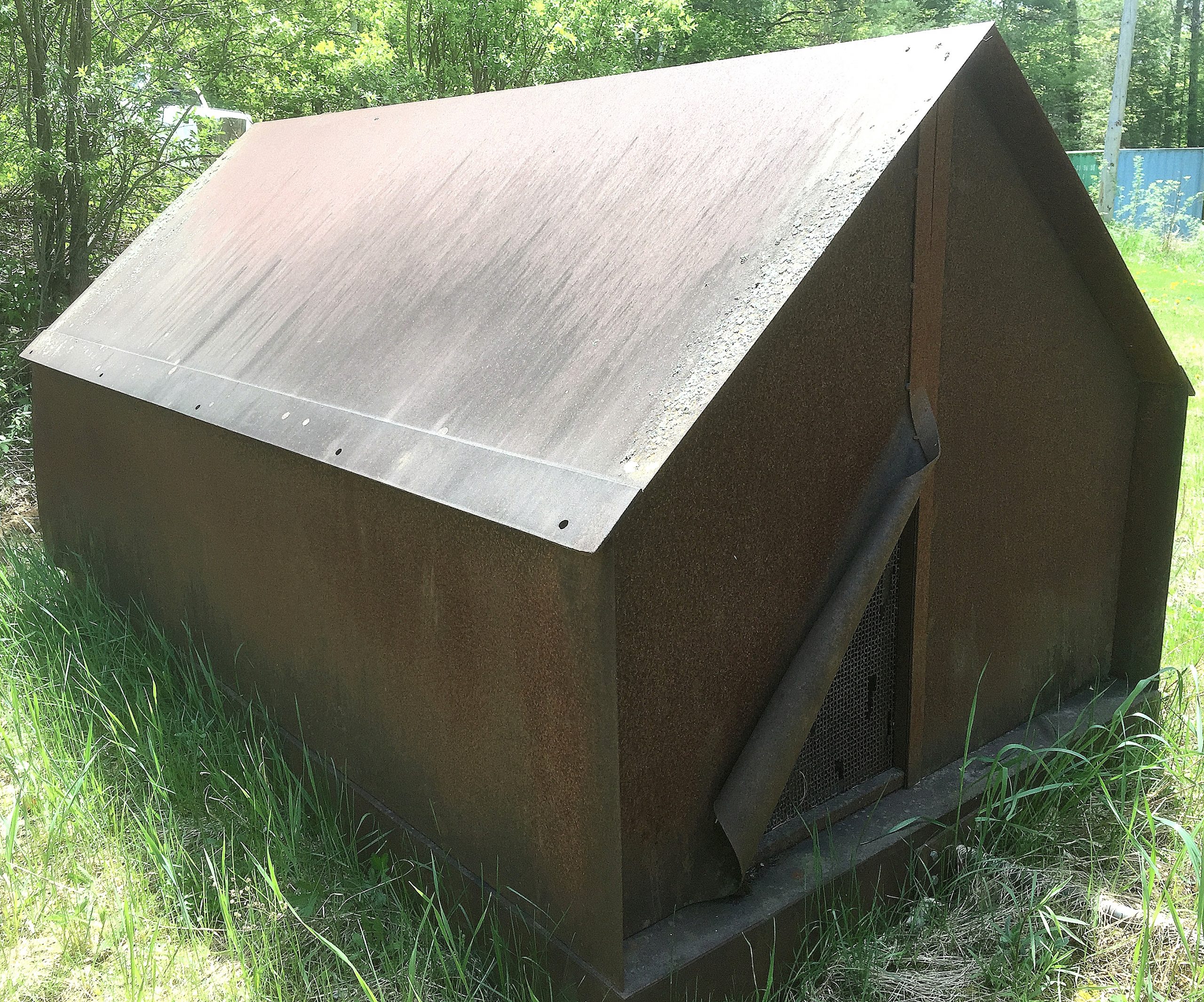 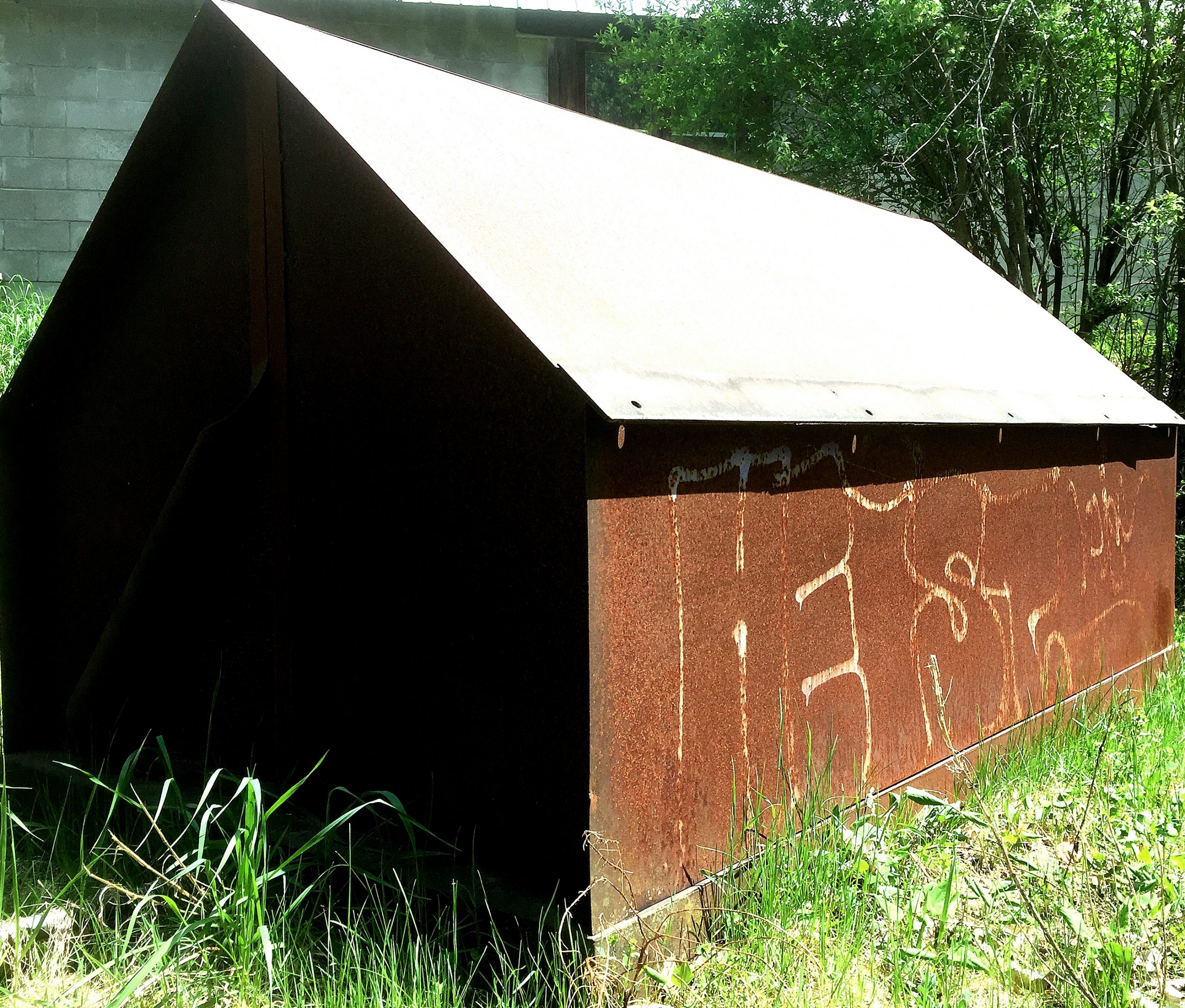 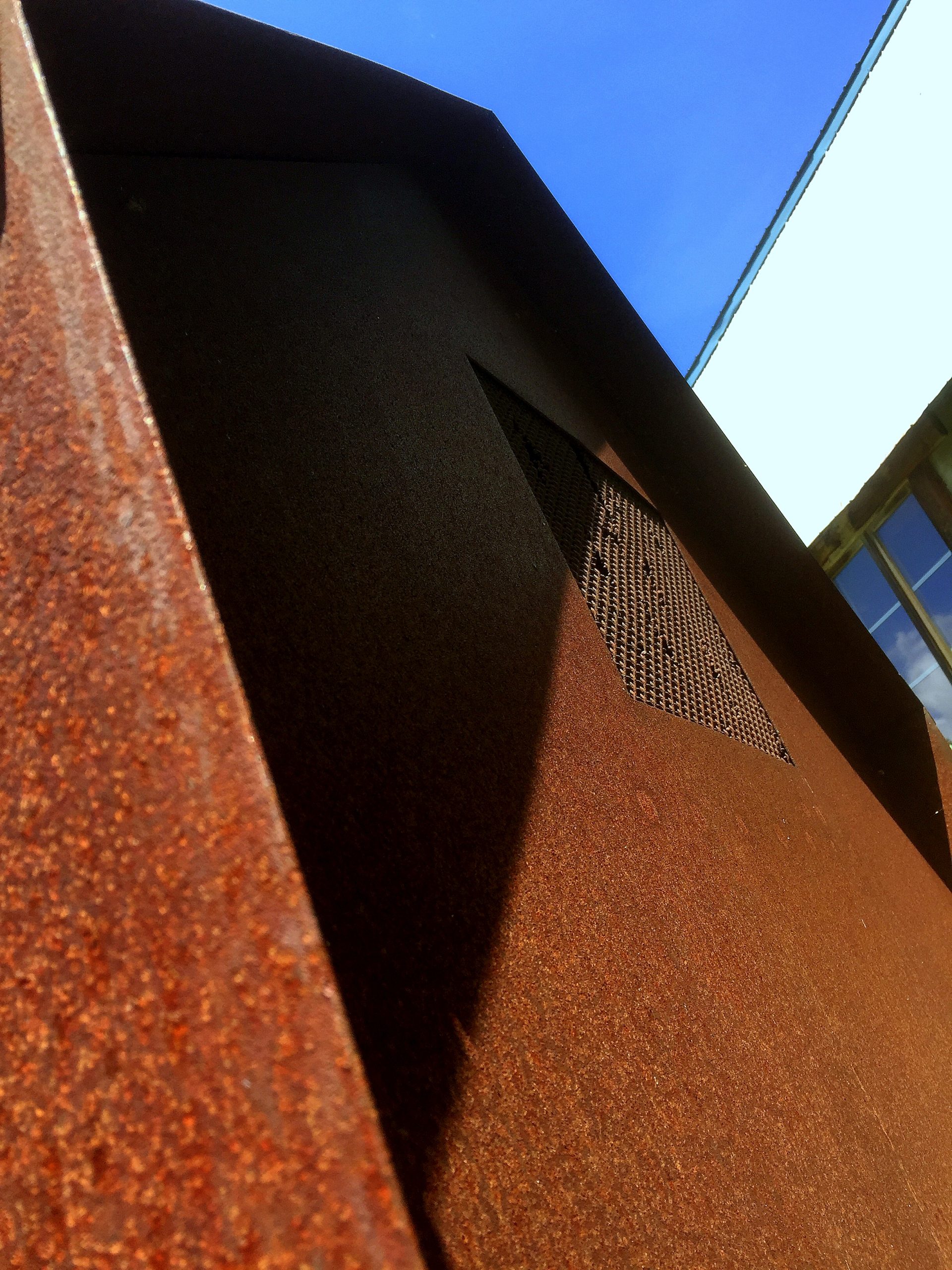 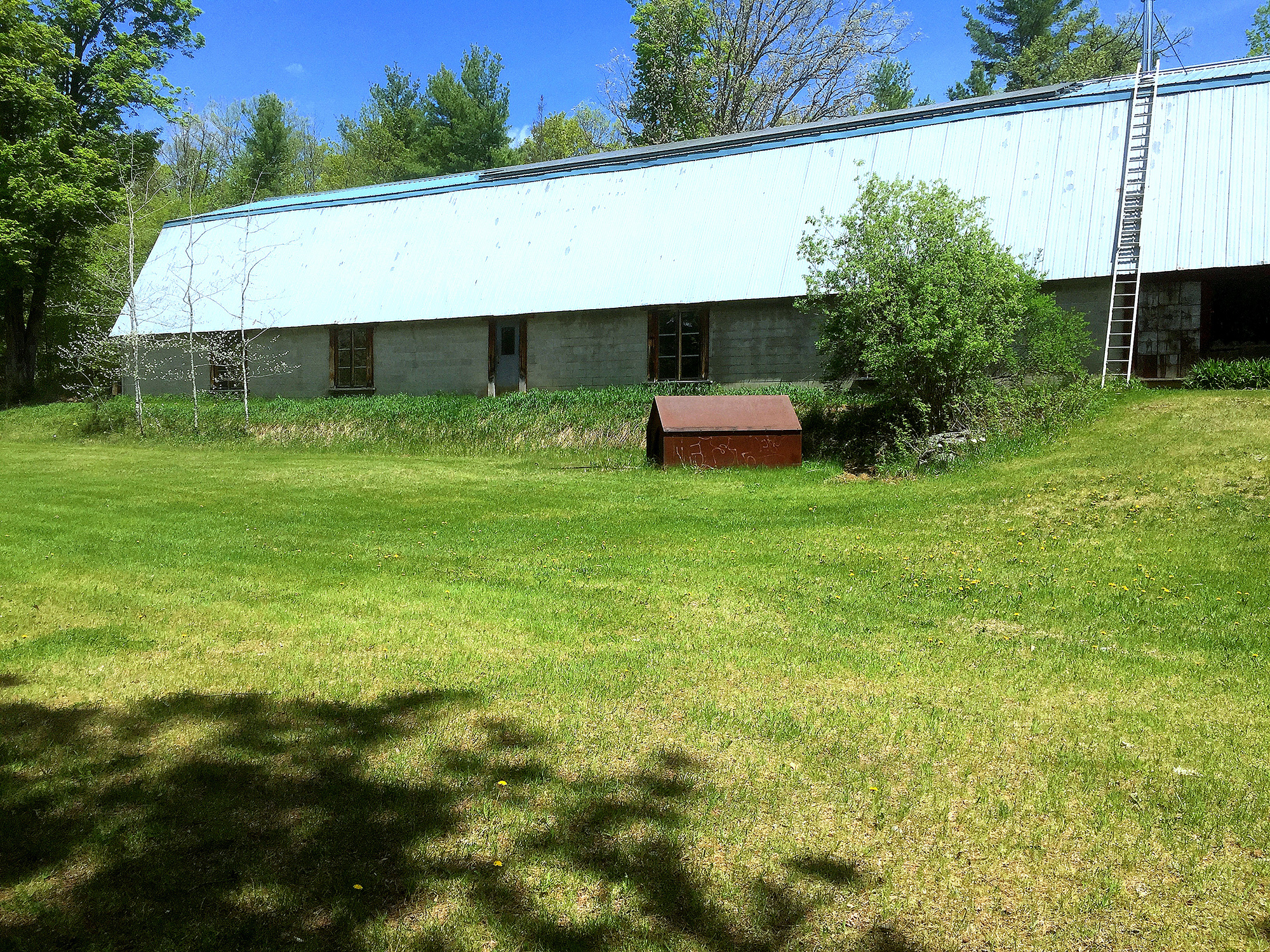 This project had several enactments before the one shown. The first time it was in front of Toronto City Hall. At that time it had a camp-fire tepee style in front fashioned from ocean eroded re-bar from the coast of North Carolina. So, metal fire that can’t burn, that looks like wood, in front of a steel tent with steel mesh windows partly torched that cant be entered. With a burning coal fibre glass bed.There was a bench in front of the installation on which a homeless person slept. I had the photo but it was lost. The piece was made in my basement in a rented house when I was moving around Toronto, trying to find a place to live with my second partner, another artist, and 4 children.The CAMH enactment occurred during a separation, so it both reflected my personal state, the plight of the homeless, and those with mental illness. I think, I was also thinking about my brother in Chicago who suffered from psychotic breaks, and died in his mid-fifties. So it is also a memorial…

The initial goal was to raise awareness about homelessness and mental health issues in the city of Toronto. It was in front of the biggest mental health centre.

Camp was on the road from 2000 to 2005. First it was called The Tent Project at Toronto City Hall. It was there for a Coalition Against Poverty show and for CAMH—Centre for Addiction and Mental Health. The HEIST graffiti on the side was painted at CAMH by someone. It means something "stolen". Then it went to the Open Space Gallery in Allentown PA. At that time, this was a gutted ex-steel mill town. In 2002, it was on the Toronto Islands for a show called Rogue Wave. In 2005 it was at the Centre for Addiction and Mental Health as part of Visual Art Ontario's 30th Anniversary. It then travelled to the Art Gallery of Sudbury, Ontario, and after that to the Art Gallery of Thunder Bay. In 2007 I got my studio out of town and in the large partly renovated newer barn property Camp is now parked.