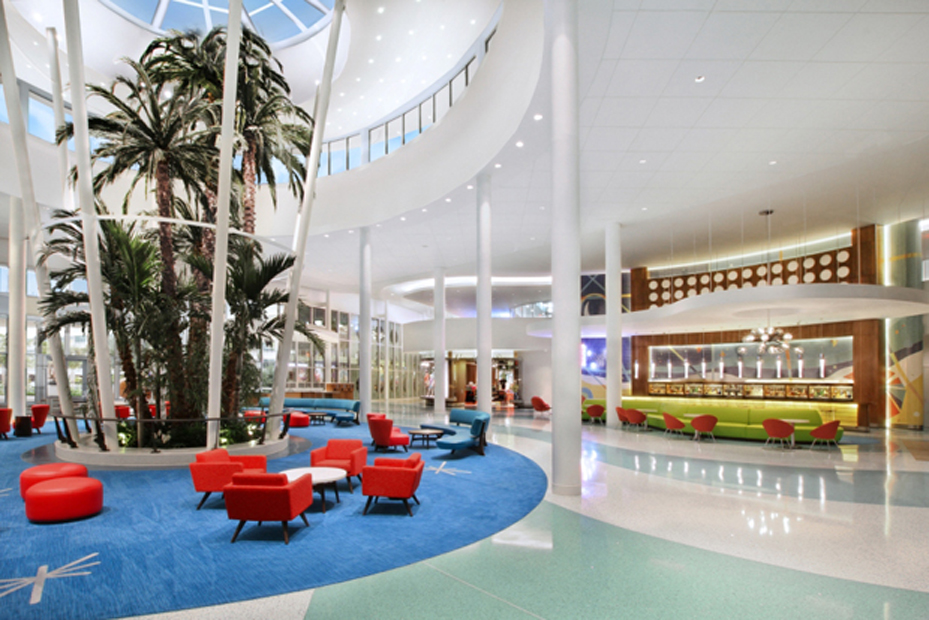 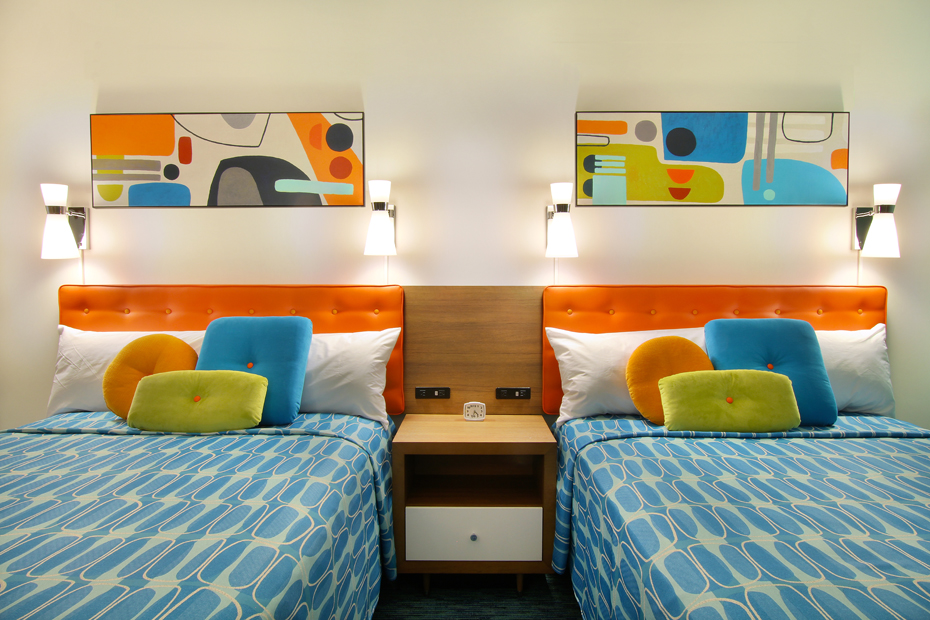 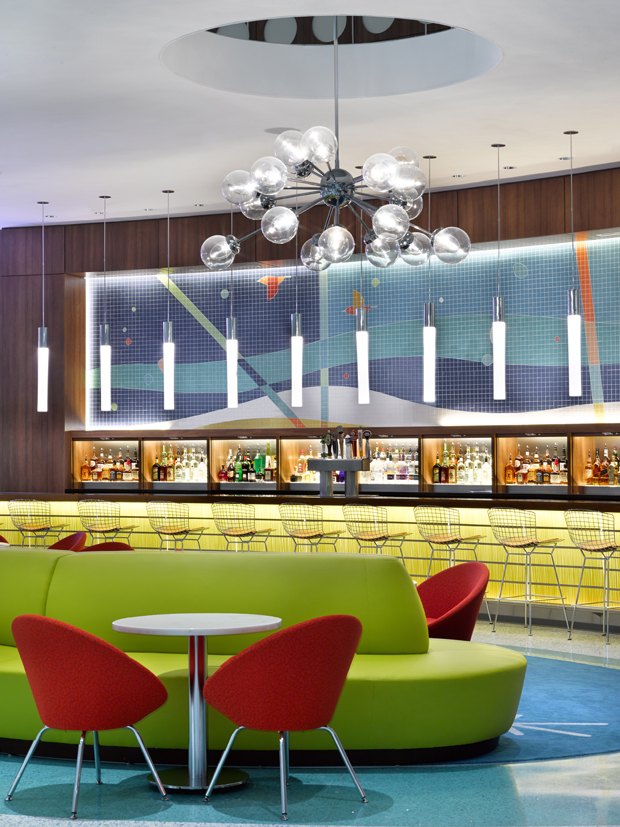 That giddy, goofy Age of Acceleration — specifically 1958 to 1962— with its postcard colors and futurist architecture, form the essence of the Cabana Bay Beach Resort, Universal Orlando's fourth on site hotel.

This project began as a collaboration between Universal Studios and Loews Hotels. The first phase opened in March of 2014. The remainder will open completely in June of 2014. When complete, the hotel will have 1,800 keys consisting of 900 suites complete with kitchenette, living room and sleeping accommodations for six with the remaining 900 keys being double queen guestrooms.

Every element of this room was an exaggeration of the original inspiration.

The overall design concept blends the flashiness and scale of the many roadside motels of Wildwood, New Jersey with the elegance and exaggerated proportions of the Americana Hotel in Miami. The design team’s challenge was to blend those two archetypes into one cohesive environment. The artwork in the lobby was a collaboration between DDI, Universal Creative and Wrenhouse). The artwork in the guest suites was a collaboration between DDI and Studio El.

The overall project team was very collaborative. Shulman Associates was the building design architect. DDI served both as interior architects and interior designers. Wrenhouse was the graphic designer and LPBC was the architect of record.

The team at Universal Creative prepared a brief that described a desire to create a mid century moderately priced hotel offering. The design teams prepare at first separate image and visioning boards and then once the team was finalized, the cross pollination of ideas help to make the project a richer experience for all.

Somewhere a terrarium was needed… inspired by the one Morris Lapidus designed for the original Americana Hotel in Miami, the design team blended the interior architecture and building architecture to create this signature element for the hotel. Rising up nearly fifty feet, the lobby interior is as impressive as any four or five star hotel lobby. Twenty five foot sofas were inspired by the serpentine shapes designed by Vladimir Kagan. Flooring patterns were inspired by exterior paving patterns in Rio de Janeiro.