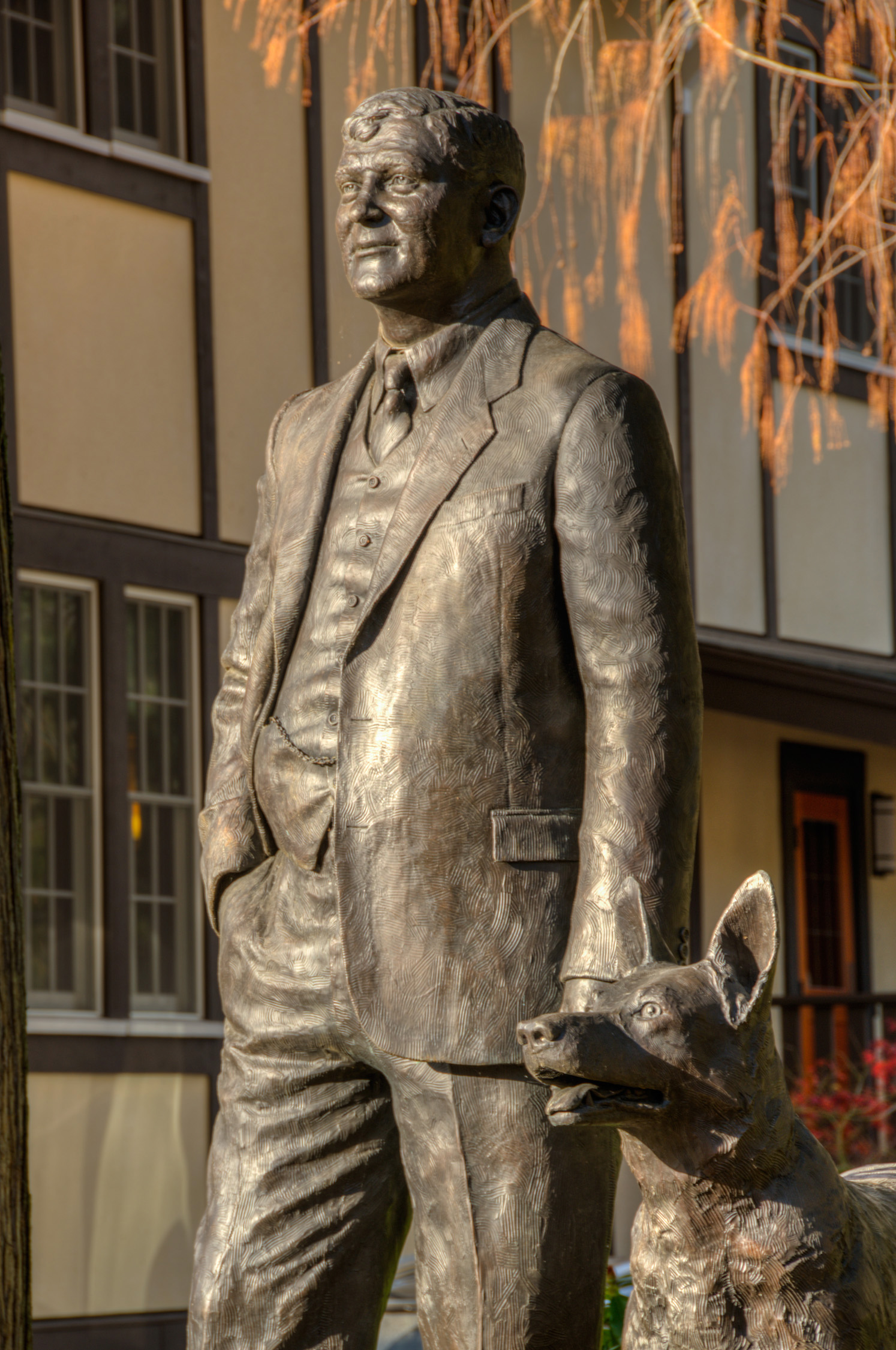 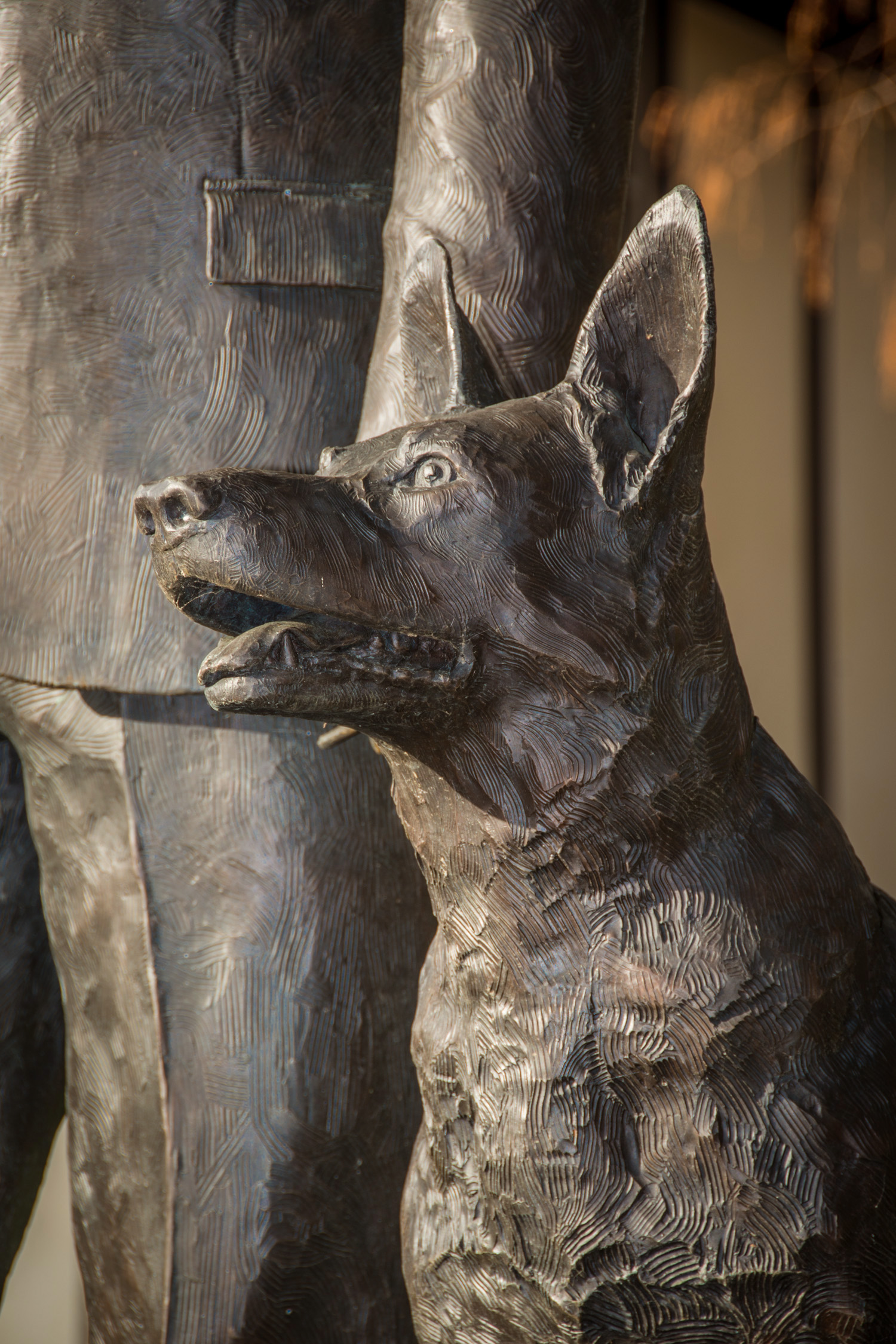 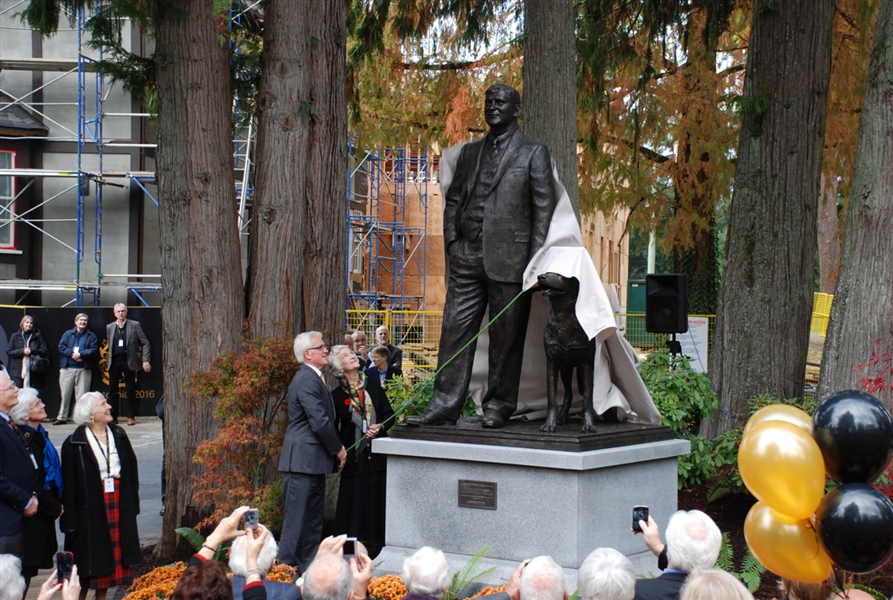 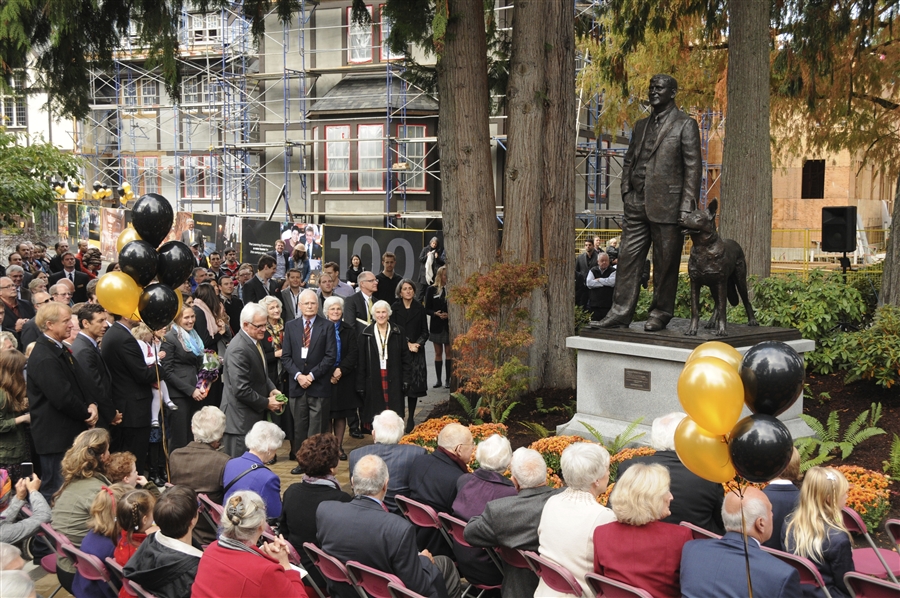 Christopher Windley Lonsdale and his german shepherd dog stand eight feet high in bronze on a bronze platform forty eight inches square. The traditionally styled bronze edging motif and three-tiered solid granite base add to the timeless quality of this elite boarding school honoring their founder and first headmaster of 100 years. The sculpture is set into a grove of trees offset by an english garden and seen from the campus' entry gate.

An existing group of alumni (who were actually students during Lonsdale’s tenure) and the school’s current headmaster sought a statue of their founder for their upcoming centennial. Seemingly offering contrasting opinions, the school desired a work that spoke to their heritage and future and the Alumni desired a character revealing Lonsdale’s gritty leadership style. Mardie settled on an appropriate and historic representation of the founder: poised looking outward as he oversaw the reconstruction of the school after a historic fire claimed the main building. In the concept she married the qualities of resilience, rebuilding, leadership and vision. With these iconic qualities the sculpture was placed in a grove trees outside the original headmaster's office window and visible as you enter through the campus gate.

Shawnigan Lake School administration, the Centennial Committee and trusted Alumni had different visions for the bronze statue that would honor the founder and headmaster of the elite boarding school. Mardie considered all viewpoints and succeeded in creating a monumental sculpture that would be engaging, unique, and a complement to the beautiful campus.

Mardie worked closely with co-designer Jeremy of Broderick Design Build to create a successful granite base and deliver a smooth installation.