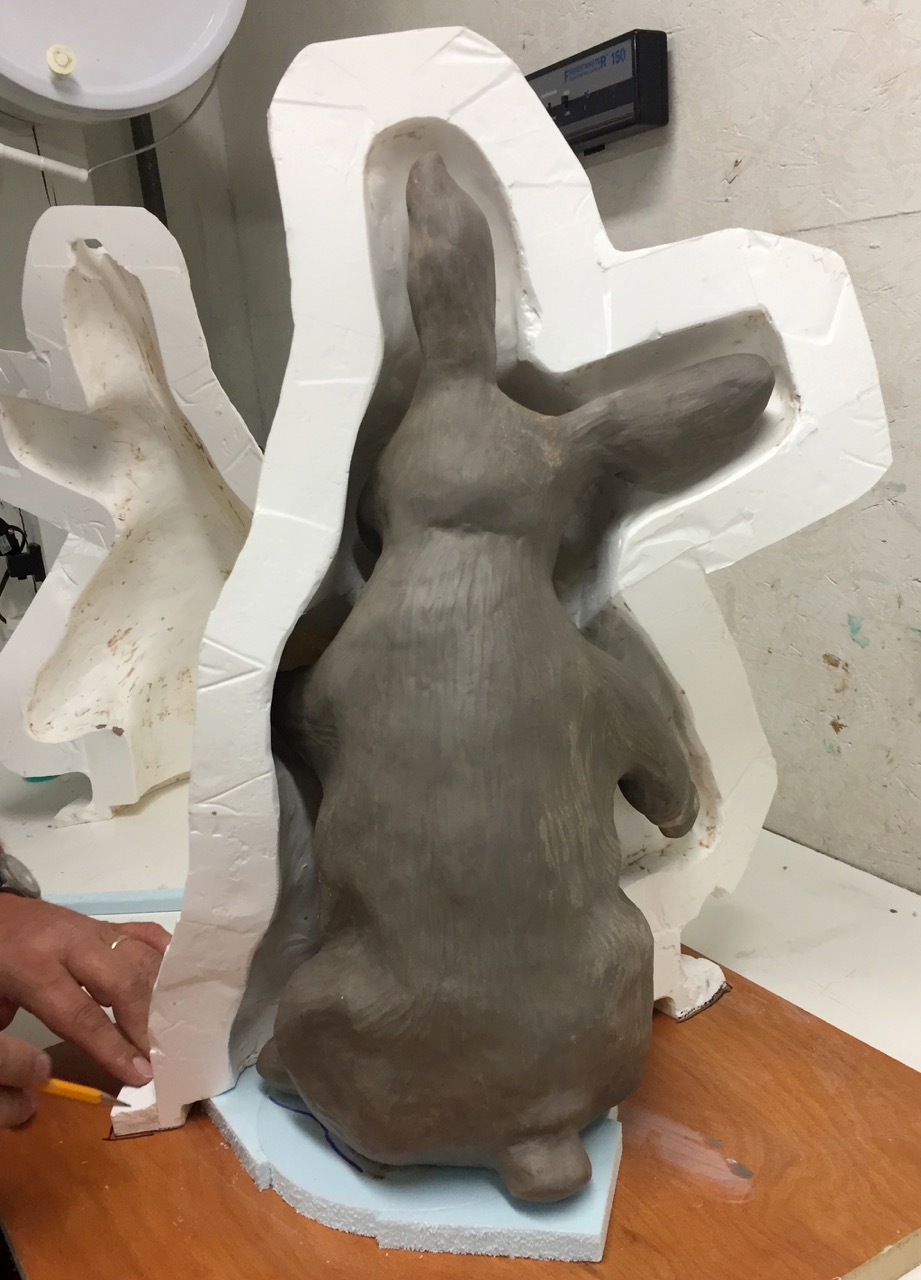 I created an installation of paintings and sculptures for ETCH (East TN Children’s Hospital, Knoxville, TN) that is 9’ h x 12’ w called “Bunny World.” My concept was to create story about bunnies who hop up steps to look out of a window into a distant “Bunny World” of bunnies hopping about and looking up at the sky with a large bunny cloud reflecting into the water with the Knoxville skyline in the distance. On the wall around the 3-D bunny sculptures are bunnies painting the wall and writing a quote on the wall that reads, “THE WORLD IS BUT A CANVAS TO OUR IMAGINATIONS” Henry David Thoreau, with a tiny bunny hiding beneath it all, quietly reading a book.
For the children on the oncology ward, this is an experiential piece that they can look at and touch. The six sculptures were made by sculpting in wet clay and having them cast in resin and then painted in acrylic by me.
I wrote about the process of creating this installation in Nashville Arts Magazine. And there are pictures of the process on my website. This installation was funded by Nina Bowling-Milner and Mike Milner.

My goal was to transport the patients, family and staff into an imaginary world of playfulness and wonder as they wait for treatment at the hospital's Hematology/Oncology ward at East TN Children's Hospital.

I worked with a committee at the hospital. I first provided 3 different ideas for work there. They chose the "Bunny World" idea from a colored sketch. I then priced everything out from the 9' x 12' wall mural on canvas that had to be removable and painted onsite by me. I priced out and created the six sculptures and had them cast in resin at a foundry in E. TN. I had someone build the stairs that were installed on the wall with the bunnies installed on top of those. I painted the large oil painting separately and had that installed last.