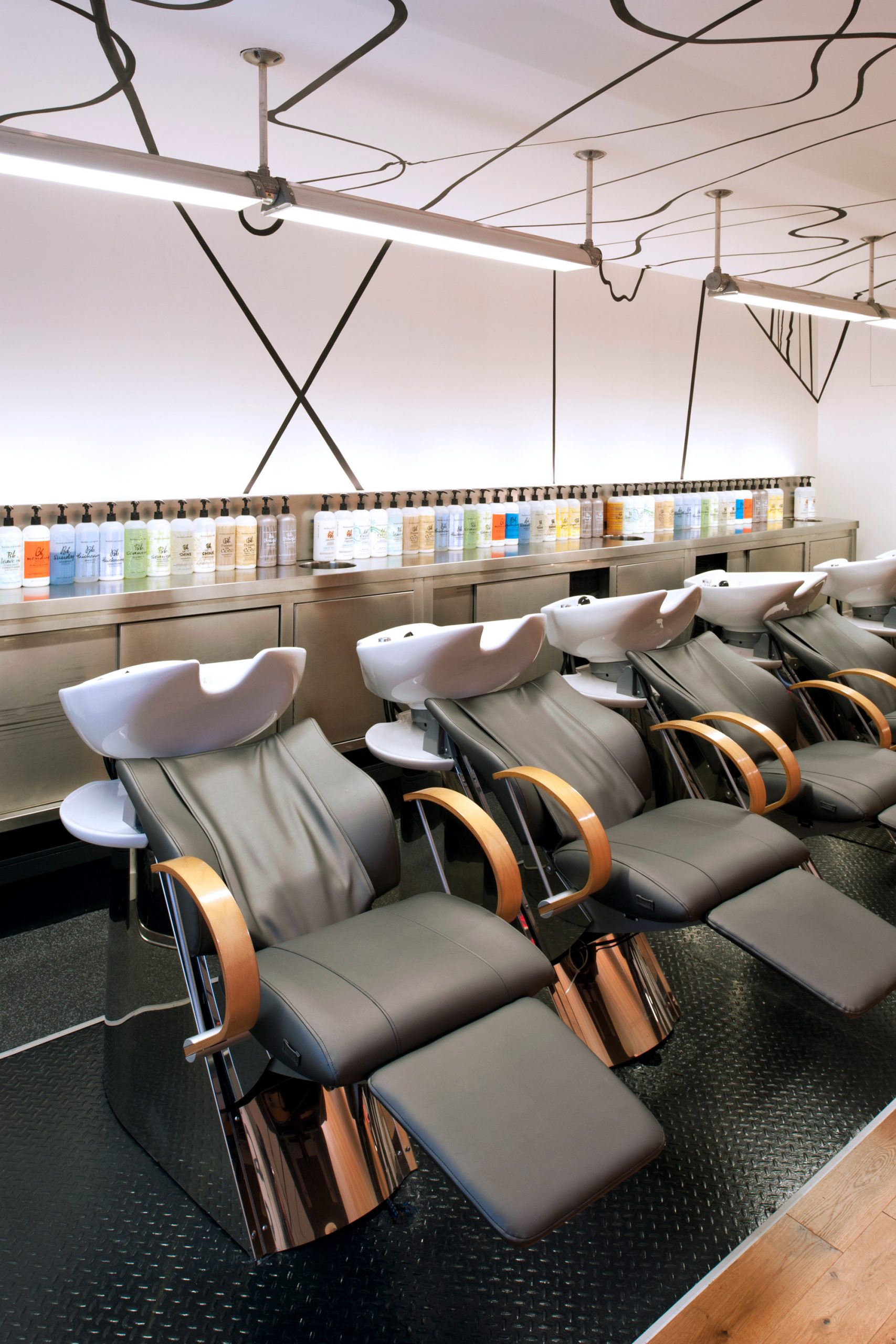 Re-imagination of the founding salon of Bumbleandbumble on E 56 St inNew York.
The project included a new retail front area, a redesigned cut floor and hair wash area and a new consulting area plus all service areas. Total surface area around 3000sft.

Artist commision was for the hairwash and lounge area. We were seeking for an artwork that would activate the space in an unusual way. Jay created for us a mural on the ceiling. The dynamic graphic covers the ceiling and parts of the walls, thus wrapping the customer into a surprising moment. Hand painted.
The artwork became so popular that it defined the new salon design by word of mouth.

We have worked with Jay previously so the intent was easily explained. He understood what effect we were after. He made first sketches into our perspective renderings. Then he mocked up parts of the graphic in full scale to show us how it would look and feel in space. we the reviewed stroke lengths and thicknesses together before he hand painted the entire graphic onto ceiling and walls.