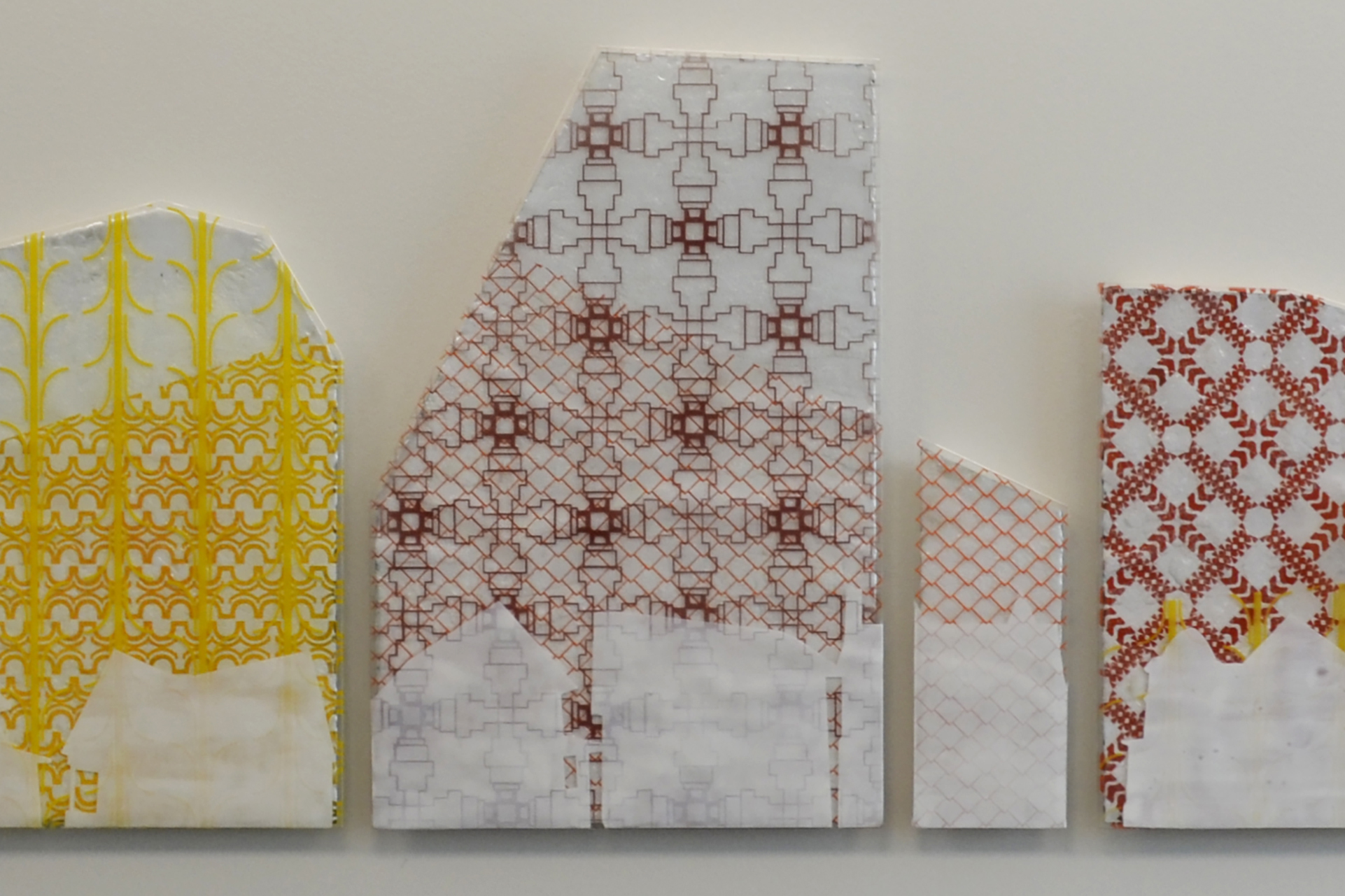 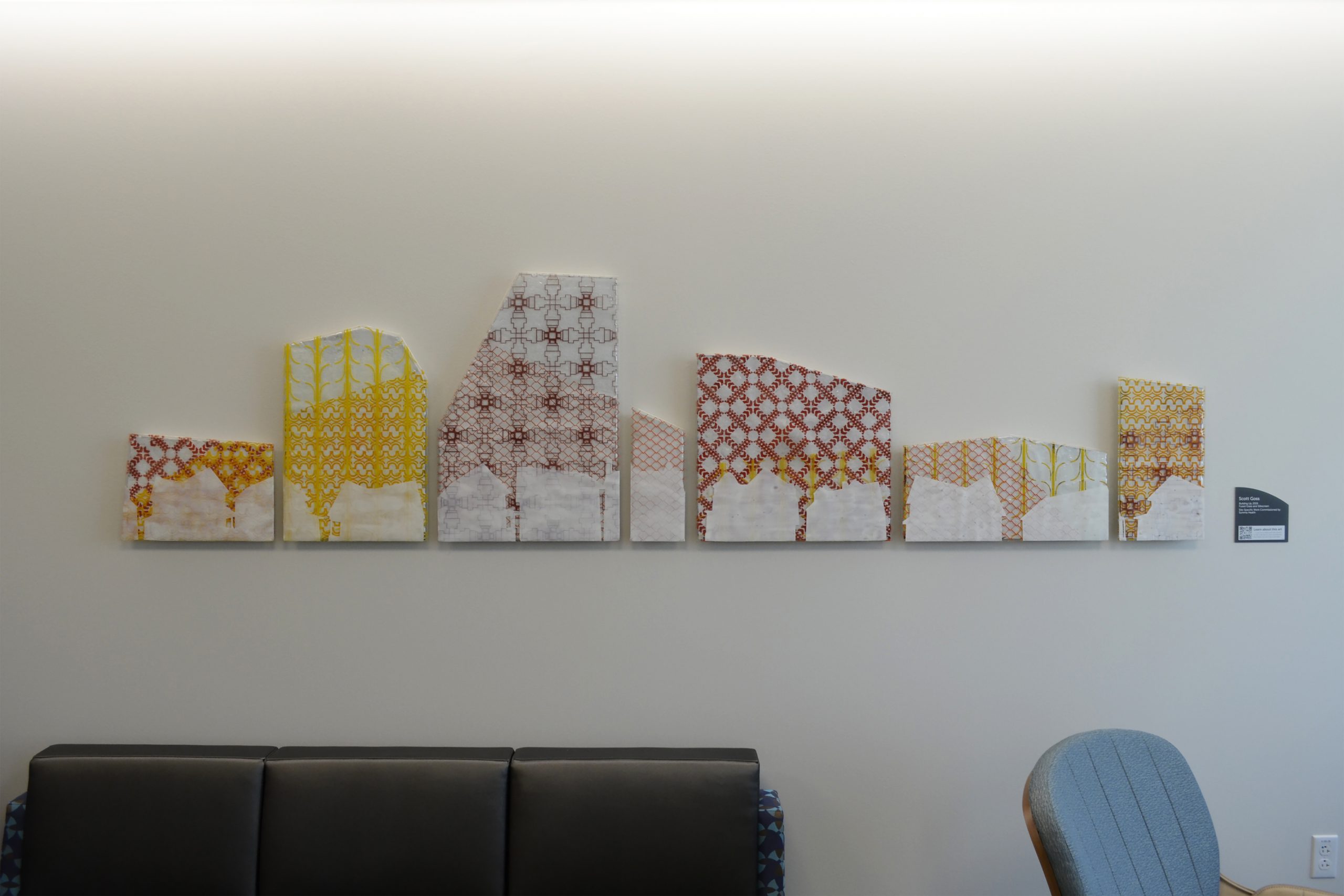 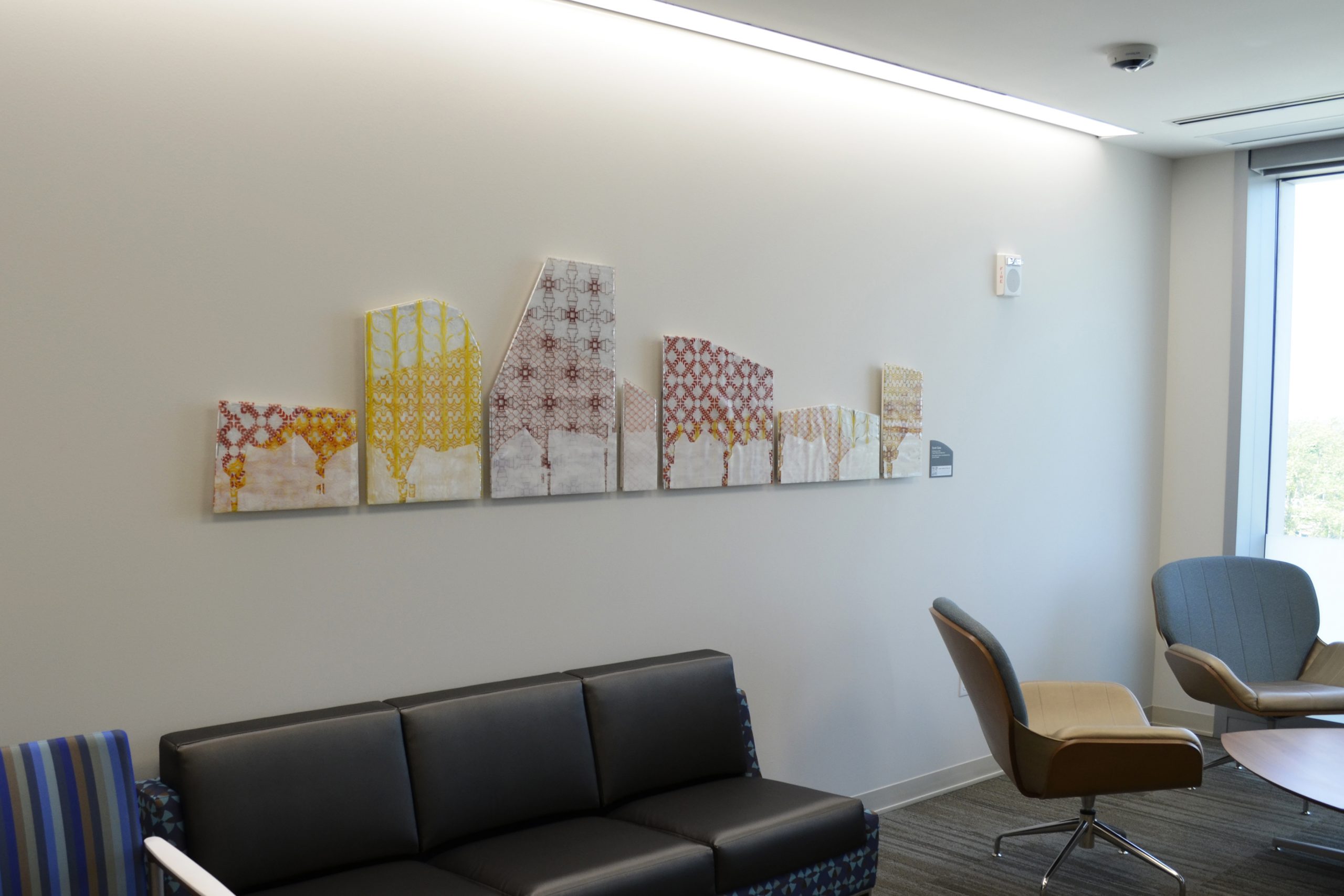 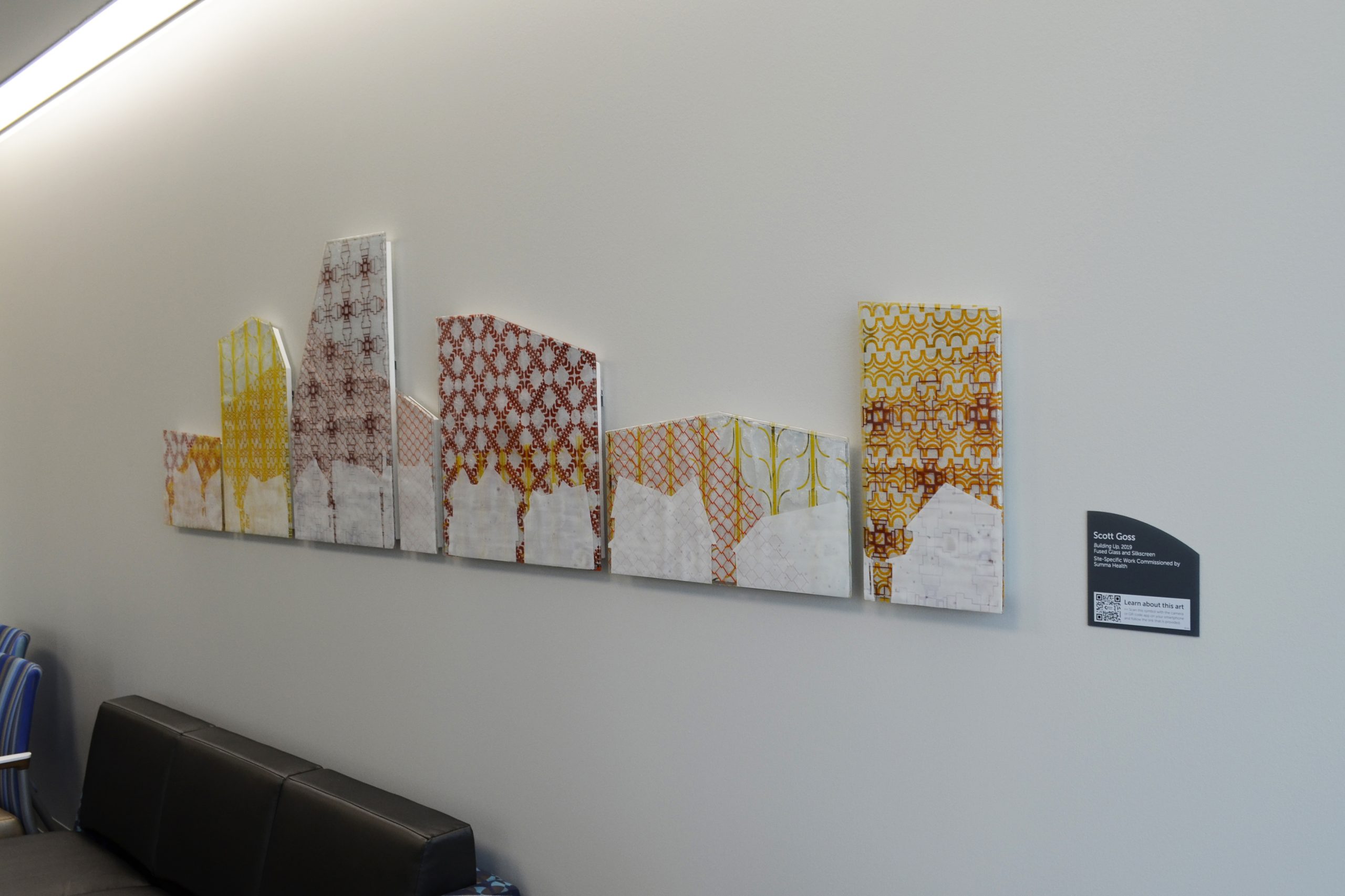 The concept for “Building Up” originated in the architectural diversity found throughout downtown Akron. Each piece of glass was cut in the perspective of these buildings, among others, to create an original landscape. Patterns derived from the facades of these structures were then layered on top of each other to create an abstracted sky that appears to awaken this beautiful city. As an additional layer, white-washed houses captured from nearby neighborhoods were included in the foreground. In totality, “Building Up” symbolizes the relationship and interdependence between the main Akron commercial district and its surrounding residential communities.

This project was designed to create positive reflection of the community that would rely on the new, state of the art hospital. With the integration of architecture in both the downtown and outlying neighborhoods, visitors to the hospital could reflect on their relationship to their community and the importance of the Summa Hospital in keeping the area safe and healthy.

This collaborative project began with a conversation with Meg Stanton of the Healing Arts Council, an branch of the hospital in charge of commissioning new works for the hospital. With her guidance a design was developed that positively reflected the community who would rely on the hospital, while also integrating the artists concepts of architecture and history. Additional collaborations included assistance from Benchmark Studios in Cleveland and the production of the glasswork and Harris Stanton Gallery with the pieces installation.