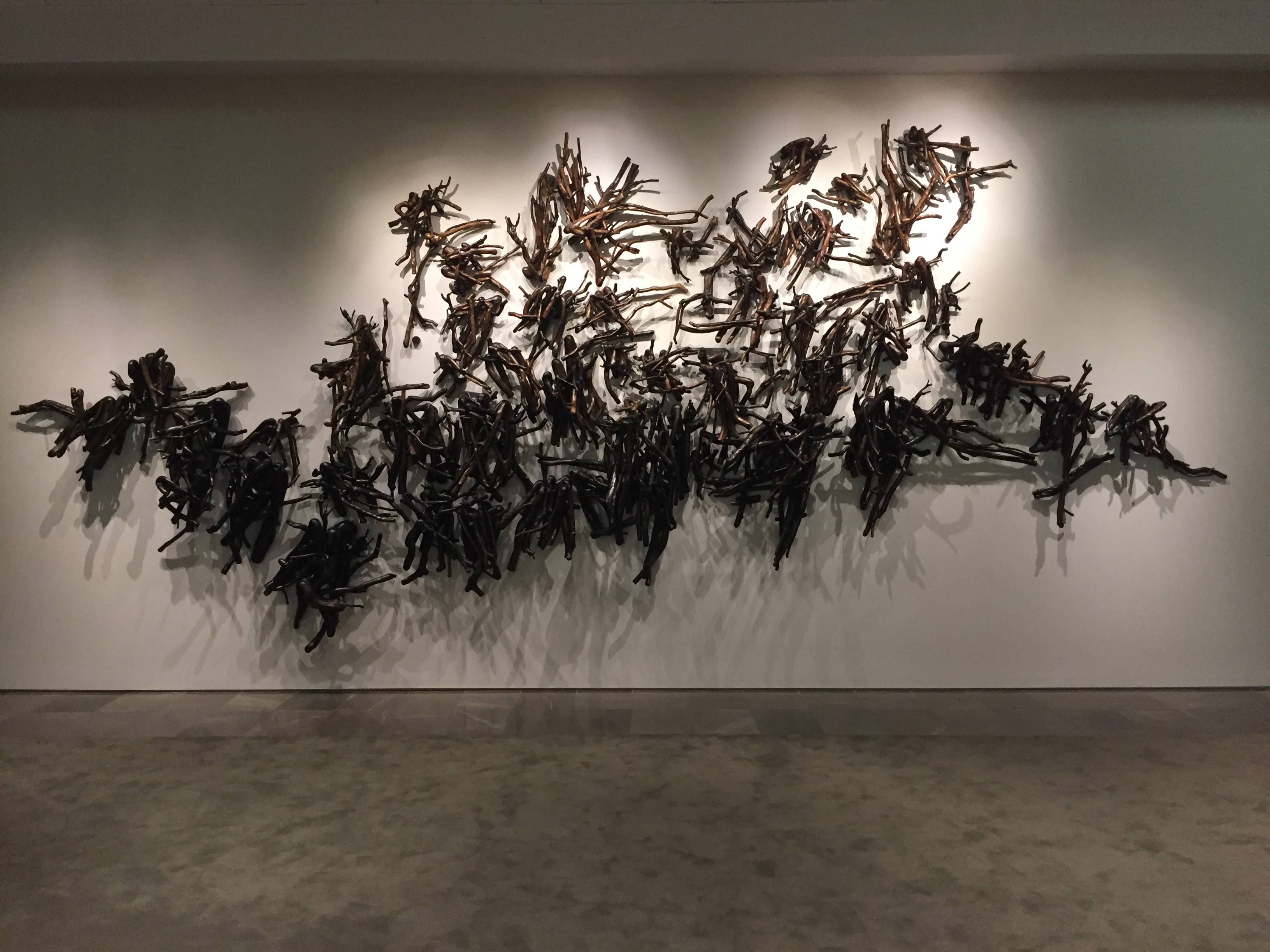 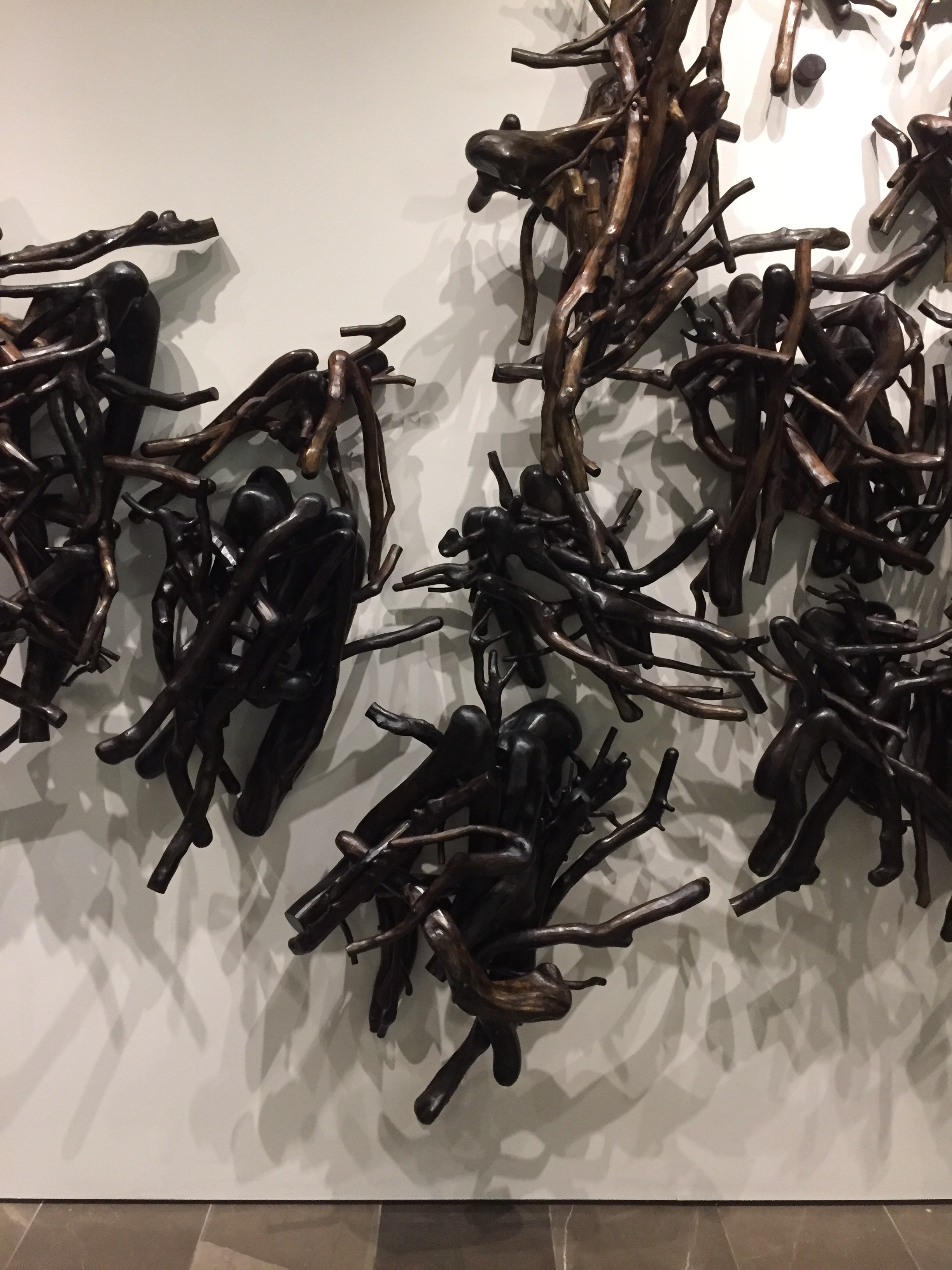 As new offices were under construction, I was contacted by Howard Hallam, President and COO of Ben E. Keith Company in Dallas to discuss a commission for the west wall of the Executive Waiting Area. This 320 square foot wall is seen from a lobby bridge connecting the new with the old offices. It is the focal point of the waiting area in the Executive Lobby.

Visiting the offices and the proposed site, I immediately realized the company had a vast collection of realistic Western art. So I proposed an abstract vision of a stampeding herd of buffalo to complement their collection. My intentions were well received and my goal of adding a contemporary abstract artwork to the new offices was successful with the addition of my large wall sculpture on the site.

Parameters were defined for the raw space to determine the size and scope of the artwork. I presented a series of initial sketches; one was selected and enlarged to full scale placed on the wall for a meeting of the acquisition committee that included the architect, project manager, and other professional consultants. Once the project was approved, it was determined that adequately lighting the dark forms of the sculpture was important. A lighting designer was brought in to resolve how sufficient lighting could be put in place without distracting from the sculpture. A light cove was added to the full length of the ceiling to conceal all fixtures. Additionally, the existing wall was demolished and rebuilt of materials strong enough to support the weight of the sculpture.