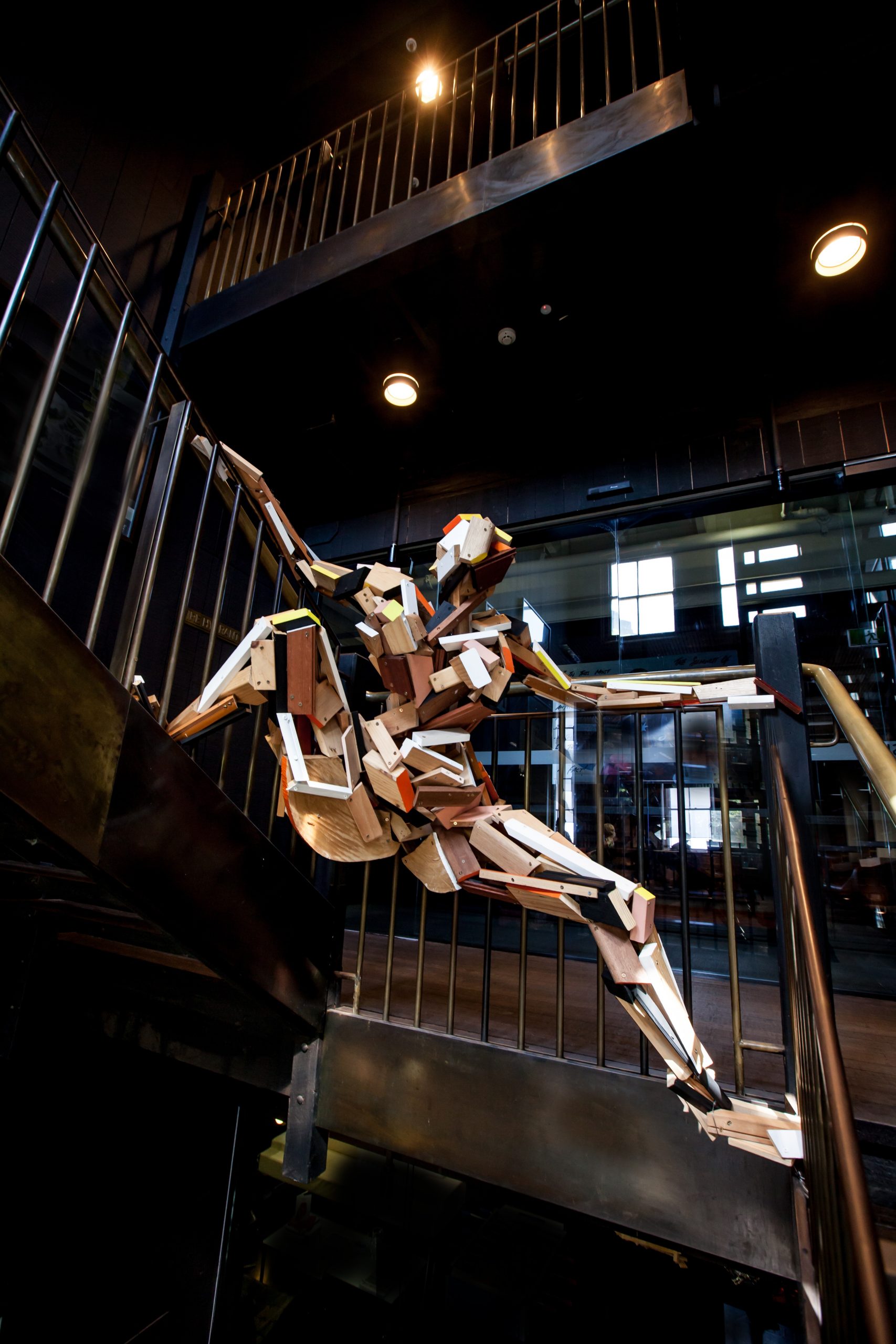 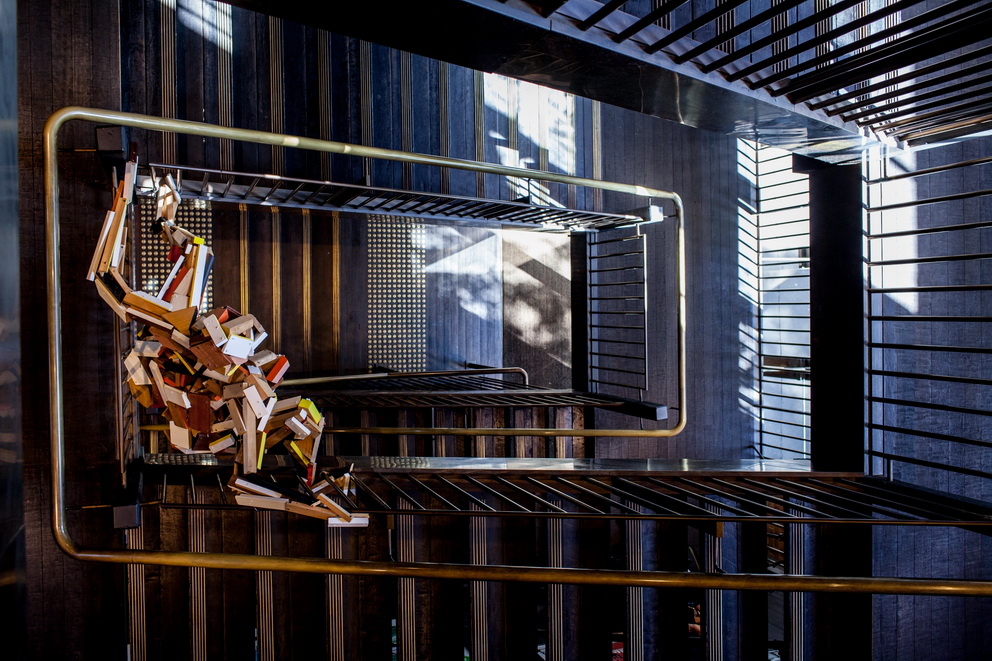 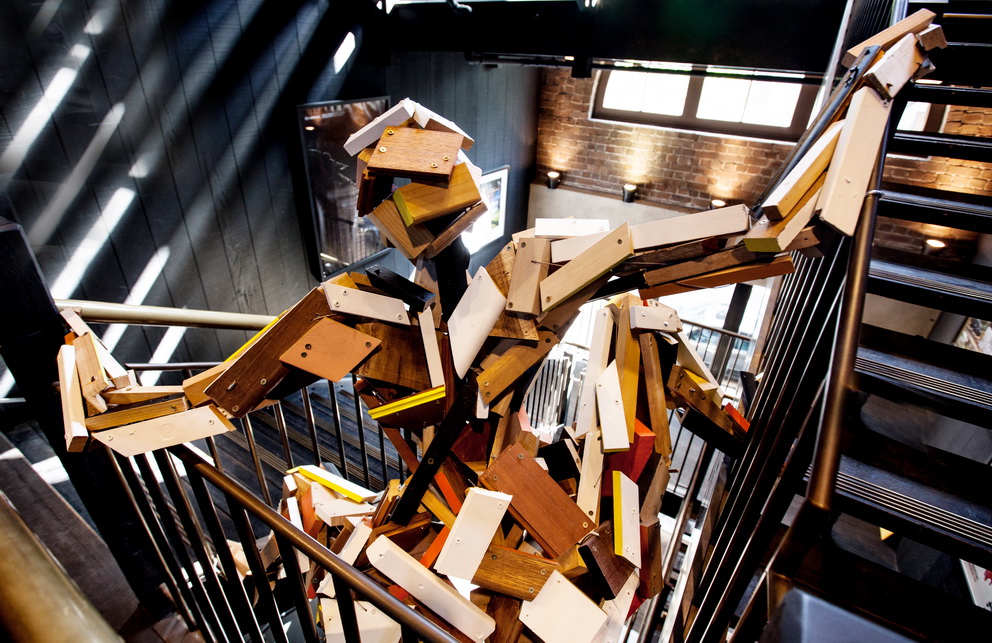 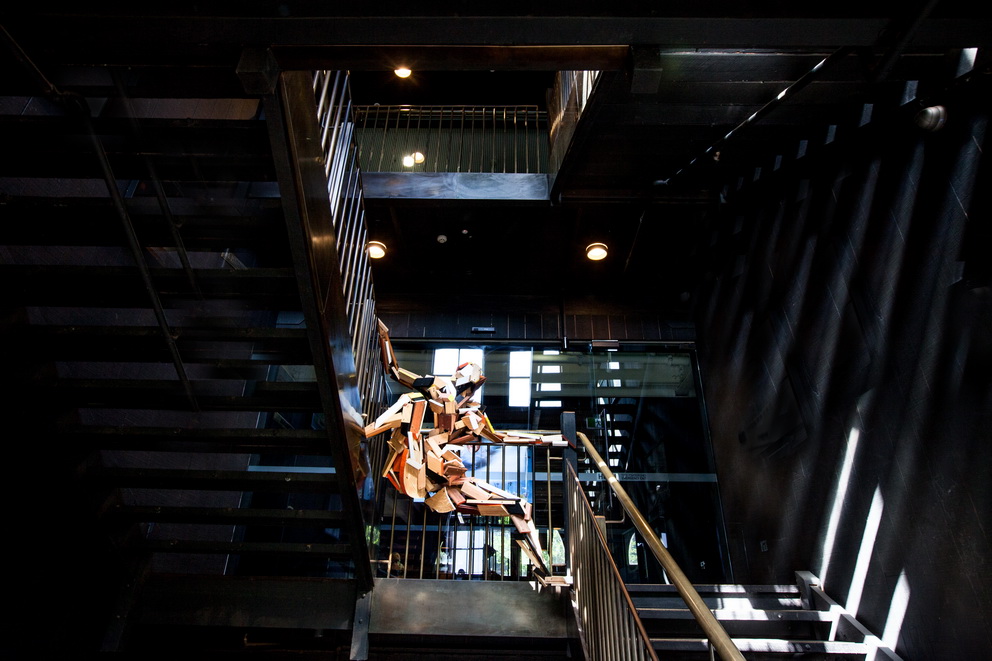 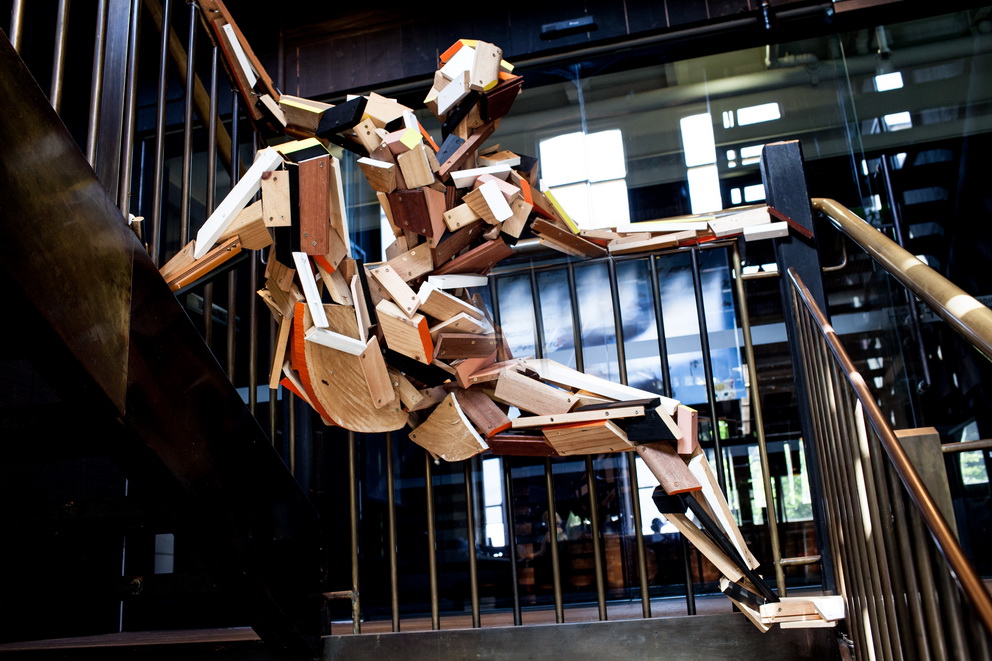 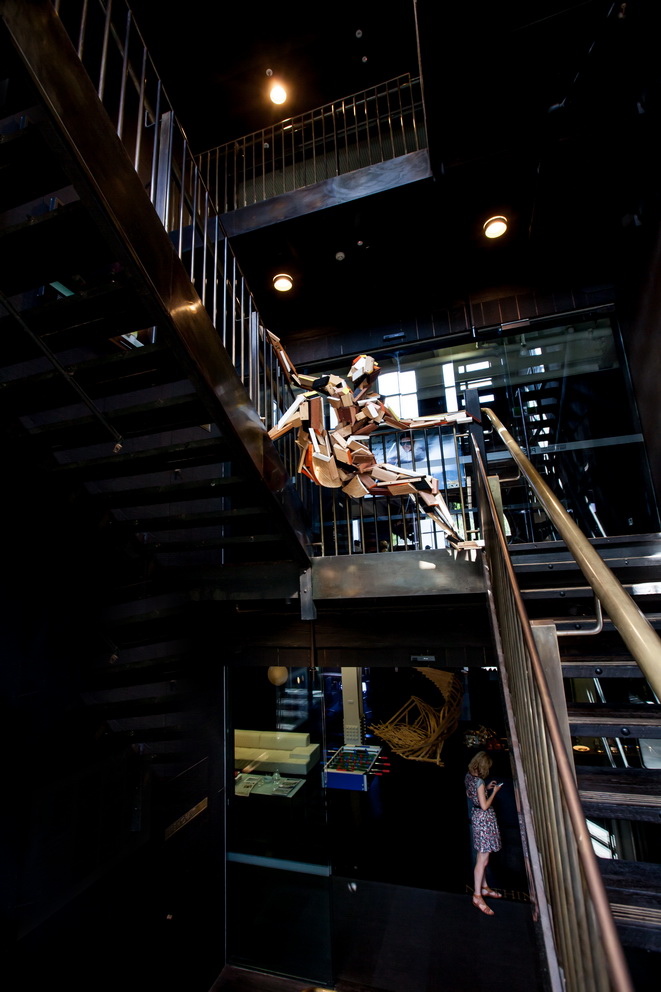 Drawing on the key word ‘Brave’ for inspiration, and embodying Saatchi & Saatchi’s motto “Nothing is impossible”, my site-specific sculpture entitled Brolga connects to the essence of passion, creativity, determination, resilience and feminine power that the Australian myth conveys.

“An Australian myth tells the story of Brolga, her tribe’s most powerfully joyful woman and most innovative dancer, who attracted many suitors but rejected them all. One reject, an evil spirit, decided that if he could not have Brolga, no one else would, and abducted her. When her tribe went looking for her, they found instead a tall, graceful bird engaged in a beautiful, intricate dance. Soon the people realised that Brolga had escaped from the evil spirit and transformed into a bird so that she could fly back to Earth and dance for them again. The crane we now call Brolga still dances in the Australian grasslands, with bows, dips and leaps that have inspired generations of human dancers.”

My idea is to approach the stairwell in an unconventional way: relatively unnoticed space, becomes a functional means to an end with people using the stairs every day. The central channel of space running vertically up through the stairwell is essentially an un-used space created by the zigzag of the stairs gradually spiraling upwards. I want to accentuate this space by breaking into it to demonstrate the essence of Brolga.

Brolga ravishingly climbs up the stairwell, but on the inside, holding onto the rail and leaning out and up into the space - activating the site. With her unrelenting and active stance, Brolga radiates power through movement, inviting an engaging dynamic with anyone who enters, ascends or descends the stairwell. This artwork explores the idea that if you cannot initially achieve your goal in an expected way – determination can achieve another solution!

Creative problem solving: “Nothing Is Impossible”.

The process required multiple site visits to document the location visually and to take measurements and assess methods for attaching the artwork safely to the architecture.

The building is heritage listed and required approval from the Sydney Heritage Foreshore Authority; along with structural engineering certification.

The artwork was created in sections and then assembled onsite, integrated with the site and installed in one day with a small installation team.