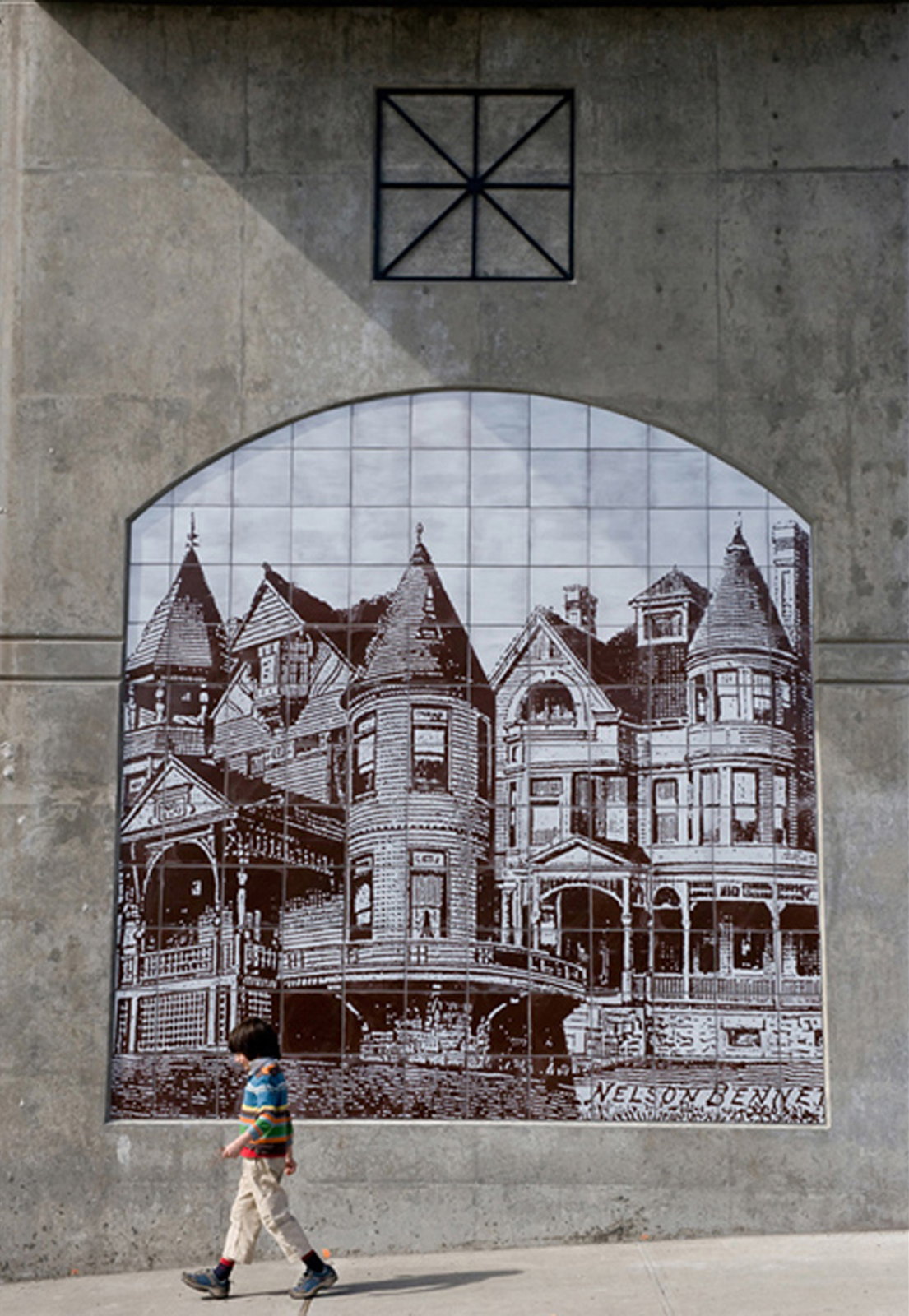 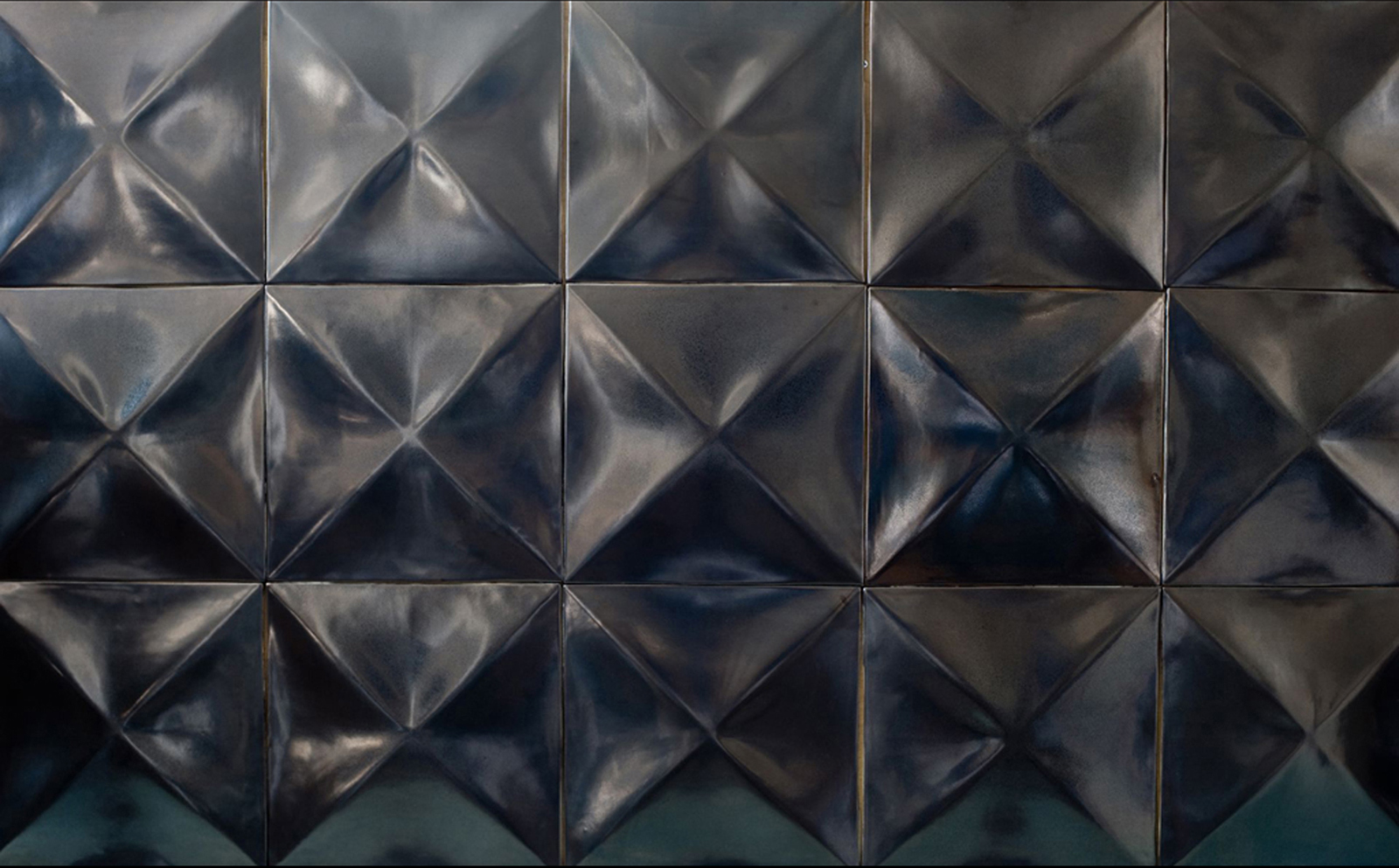 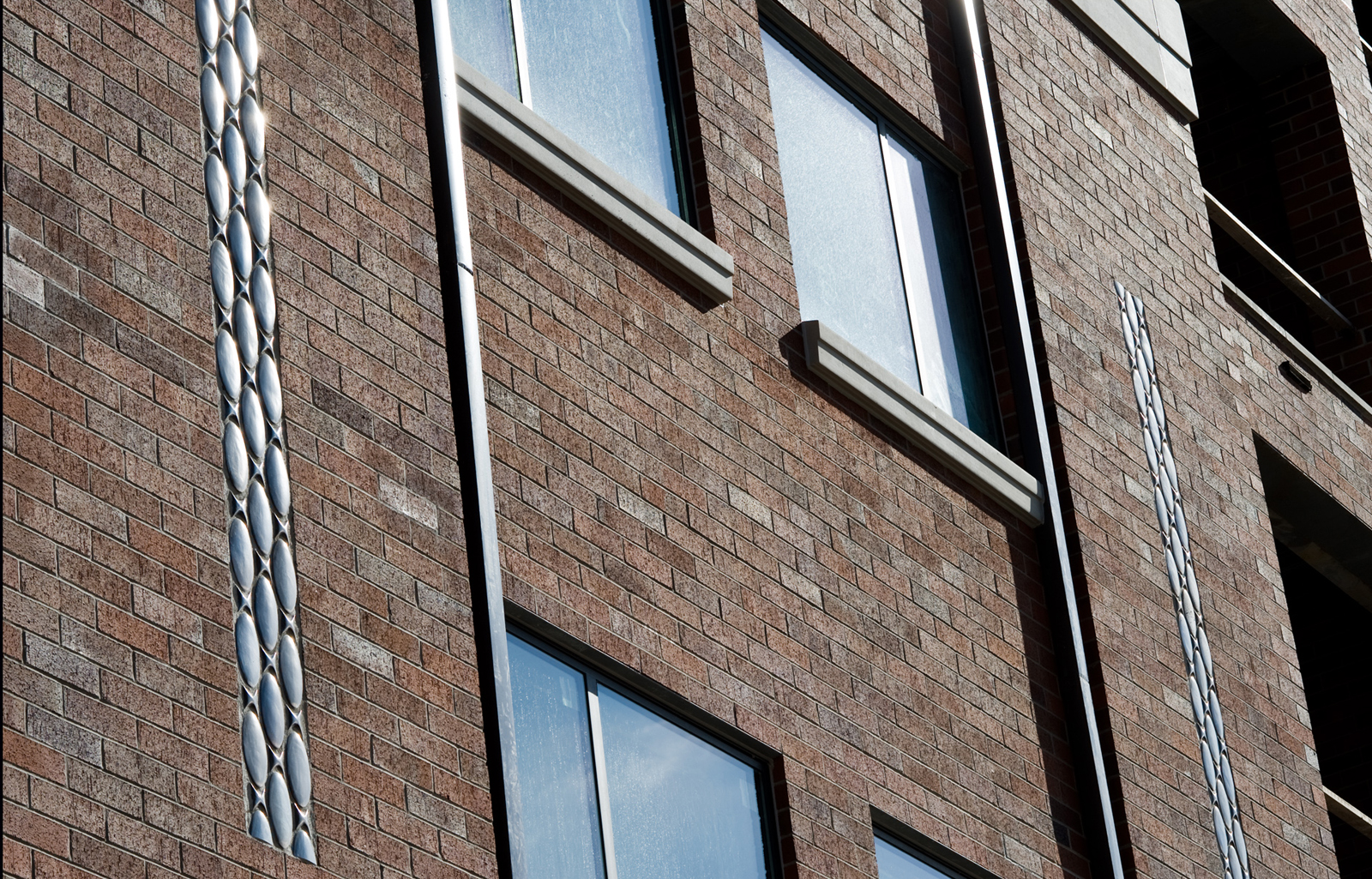 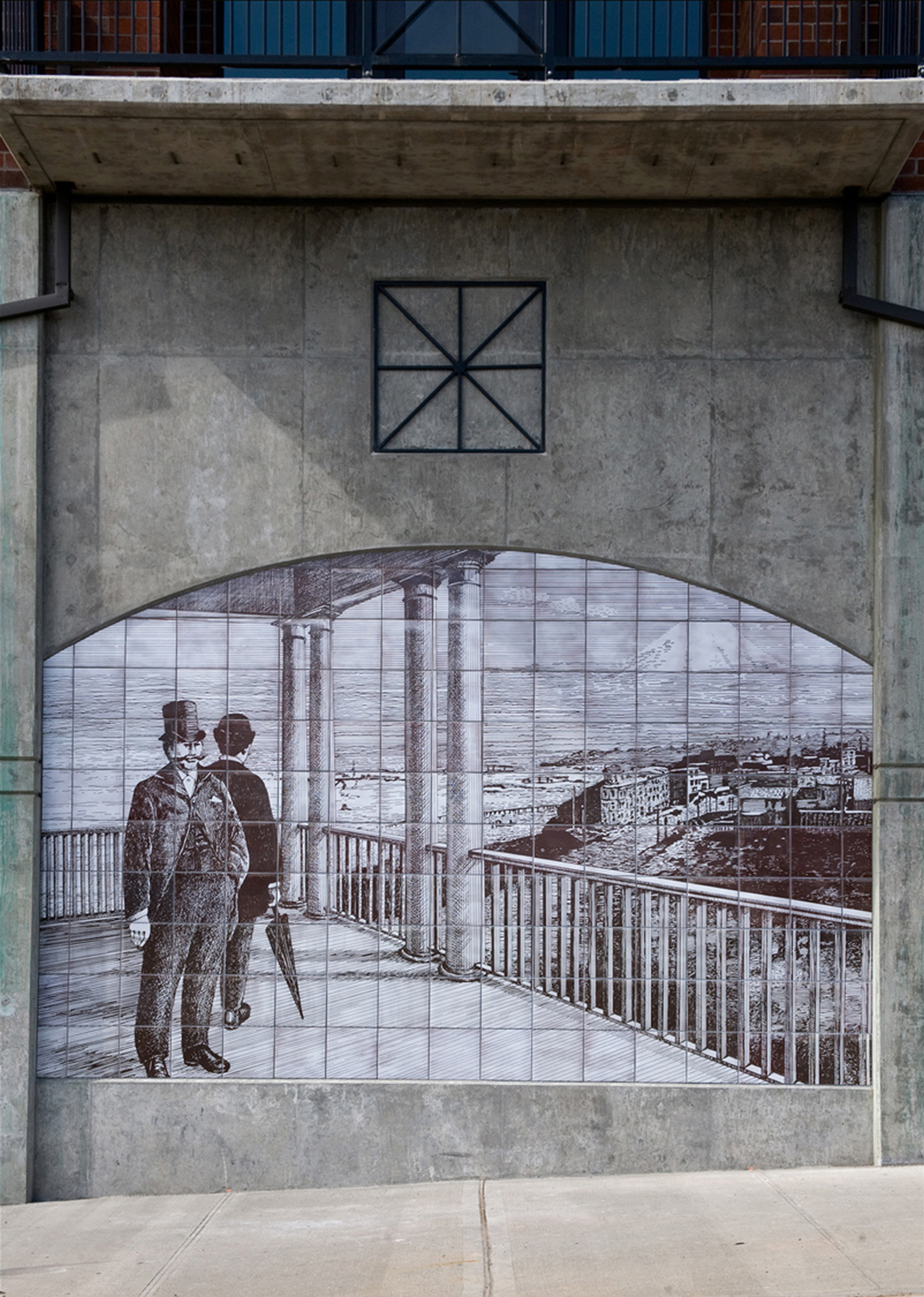 The 505 Broadway Building is an example of private development utilizing public art to enhance its presence by acknowledging the history of the neighborhood in the building’s design.

Five large screen printed ceramic murals draw inspiration from archived historical photographs of the same city block in 1890s Tacoma when Victorian mansions dotted the landscape. The pattern of the sculptural tiles that are inset into the brick columns of the building allude to the leaded glass designs of an existing mansion in the neighborhood.

The 505 Broadway Building sits on what was once called Bankers Row, where mansions were built to overlook Commencement Bay. The building was planned with artistic intentions of tying into the history and architecture of the area. We wanted the art to fit into the neighborhood and to reference what was on the street years ago. The developers wanted to recapture that era of elegance.

I worked very closely with developers Trevin Anderson and Ken Abbot. We all spent hour after hour reading old newspapers and books in the Tacoma Public Library’s Northwest Room. Looking through photos of the specific city block on which 505 Broadway was already rising. The resulting artwork was decided upon early in the design process and is very much integrated into the overall look of the building.