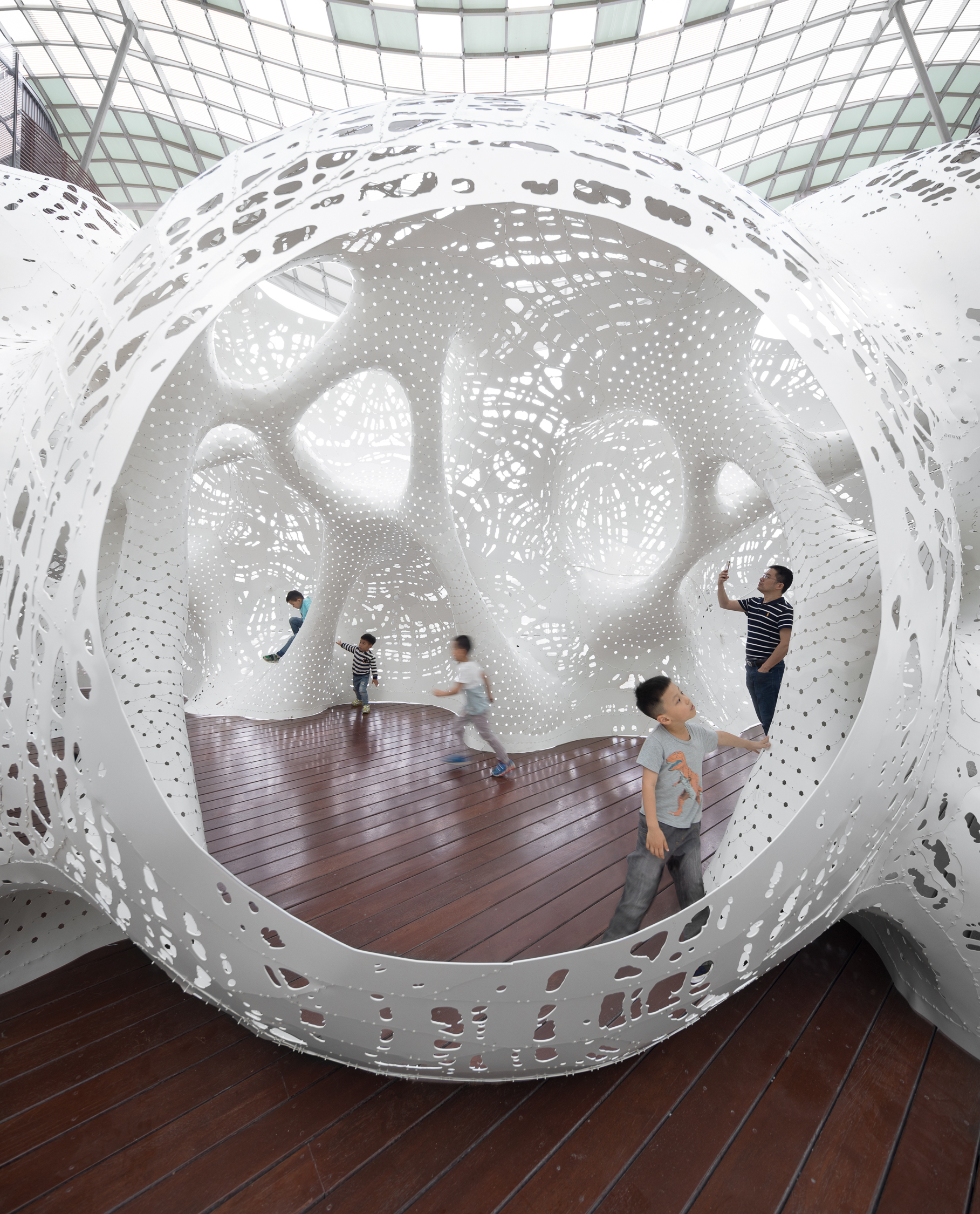 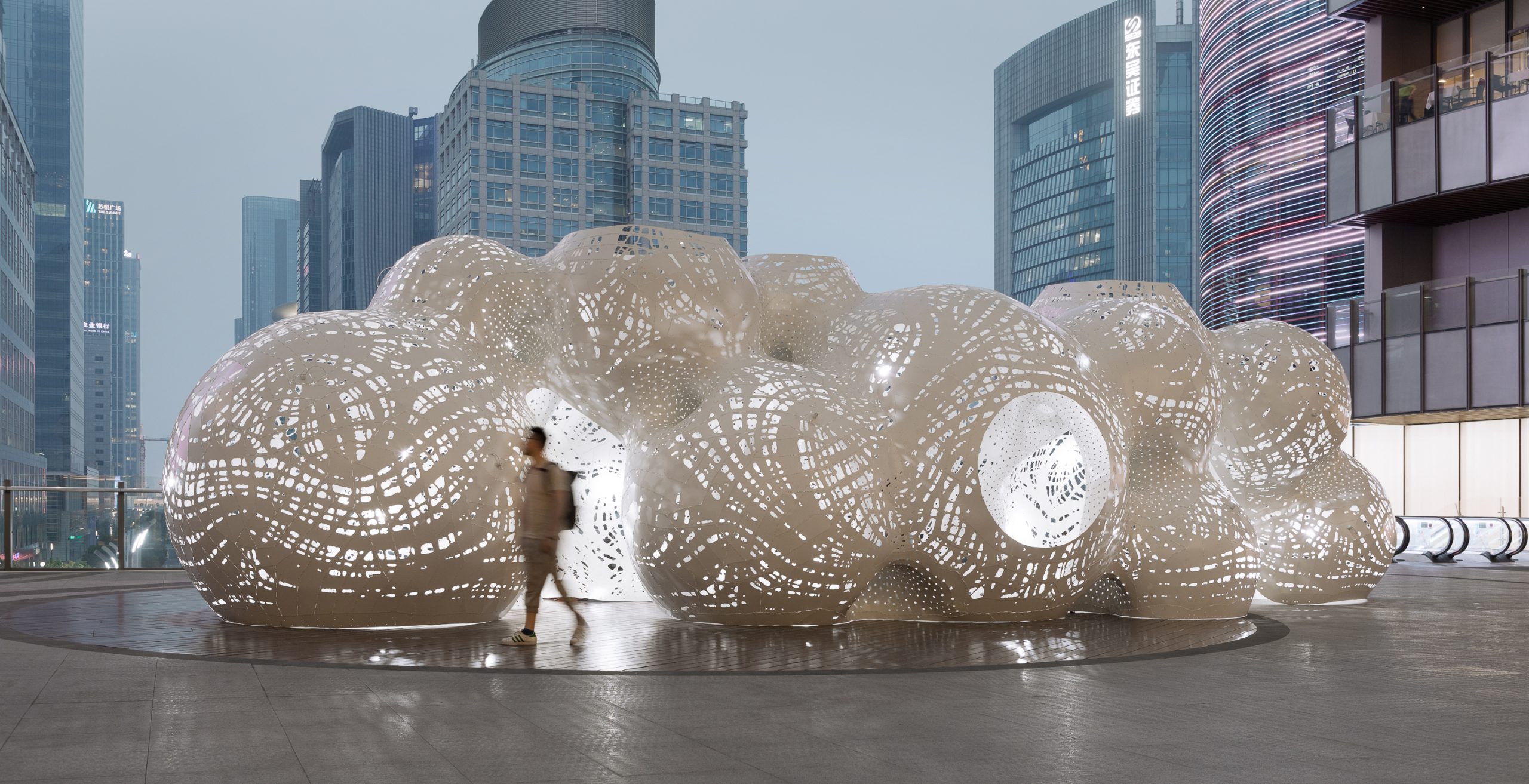 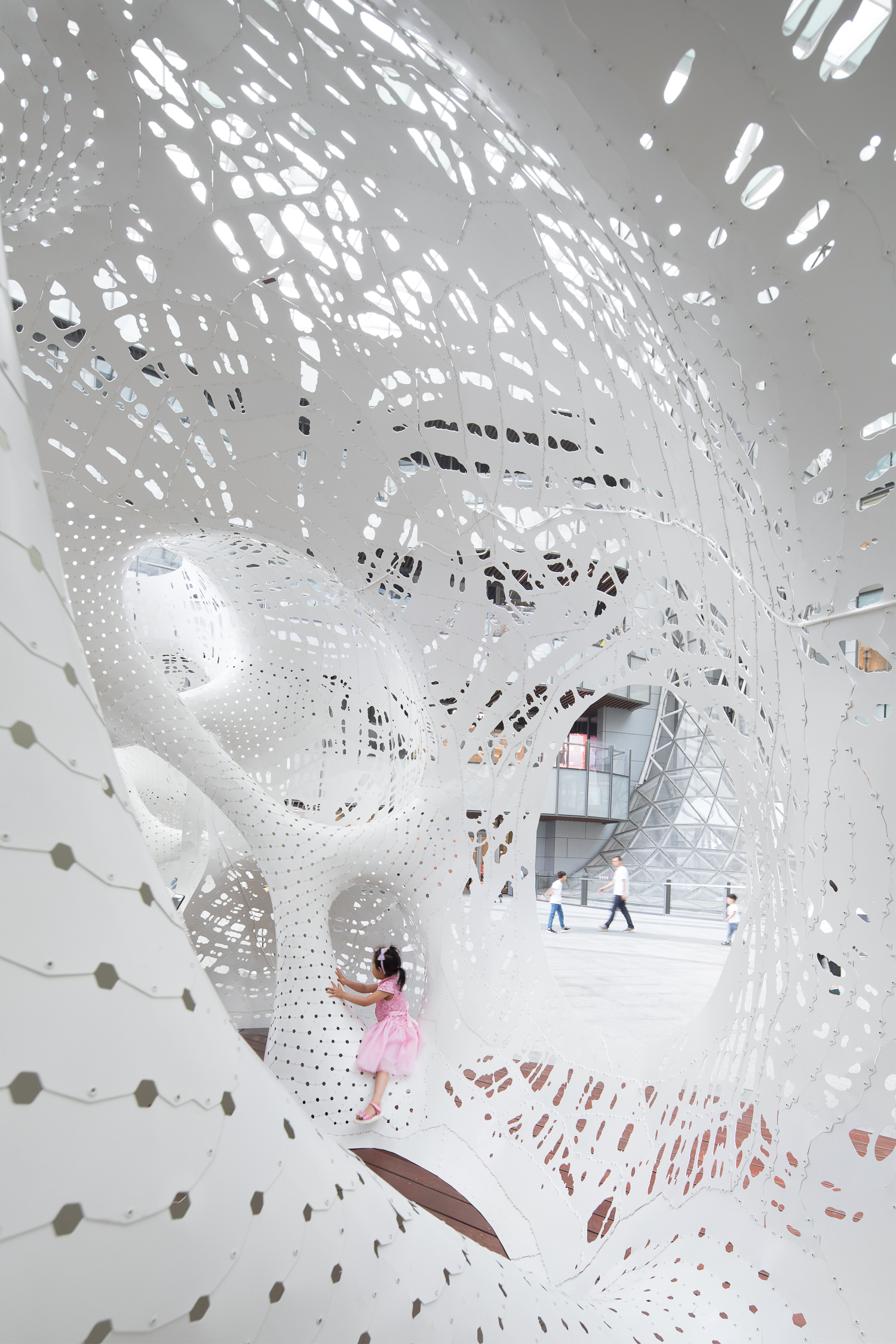 For the event of the Jinji Lake Biennial, MARC FORNES / THEVERYMANY installed a large-scale outdoor pavilion on the elevated plaza of the Suzhou Center. Its undulating enclosure interrupts the usual traffic, as an unexpected, emergent environment. It appears to have bubbled up from the ground, or dropped from the sky. Inside, it luminesces as an immersive escape a world of splitting and merging columns, hollow forms which unfold into the lightweight, porous enclosure. Doubly-curved surfaces cast no regular shadows, complicating the perception of scale or depth. The only way to understand the space is to move through it.

We were asked to contribute a piece to the Suzhou Biennial, a showcase for experimentation in the fields of architecture and design. Boolean Operator is just that: an experiential model for computational design and digital fabrication at the architectural scale. Outside the Suzhou Center, the landmark pavilion became an integral part of the experience and existing life of the plaza, even if just for the duration of the month-long event. As a conspicuous architectural object on the plaza, it was meant to divert people from their usual paths, and reward them with dramatic moment that reveals itself only after entering.

This project in China moved fast and furious. Less than a month from phone call to opening. Ten days for strategy up to production files. Ten days for cutting and painting of the parts. A week assembly by up to 15 people the last few days. It was a true demonstration of what might be accomplished through the work of many.

Despite the focus on technology, and the detailed mechanism of the skin, our goal is always to offer a unique experience. Once the piece lives in the world and is activated by its users -- usually, very curious kids -- then we know if it’s truly a success. Children are the best investigators, they find all the climbable bits, the spaces to hide, to run around.