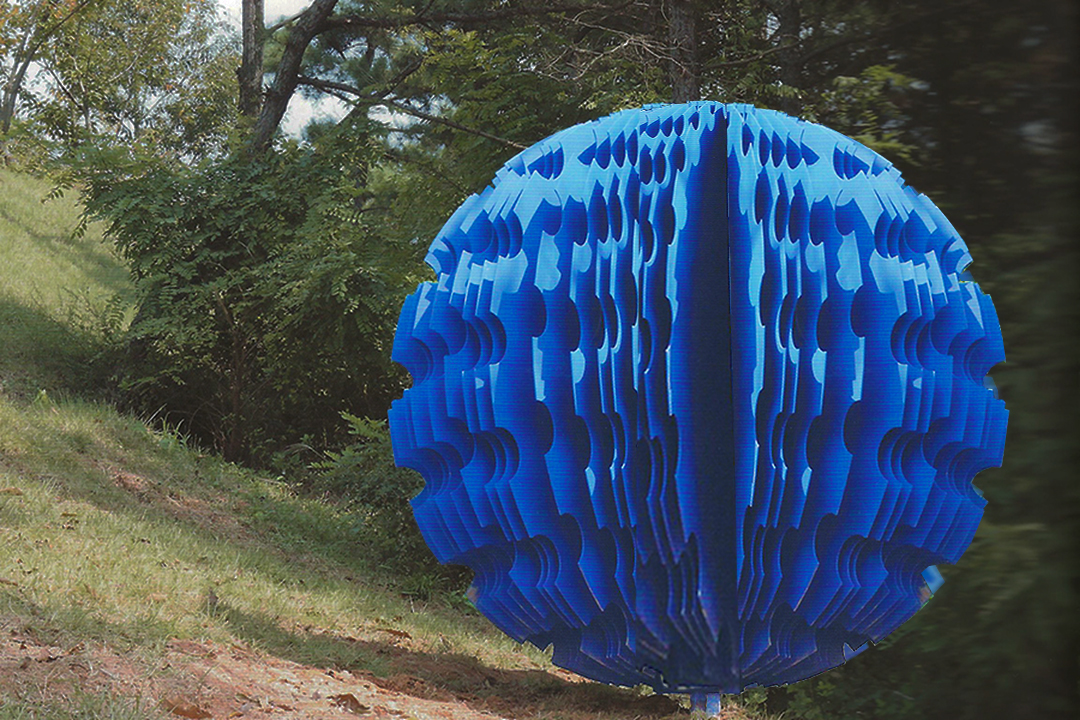 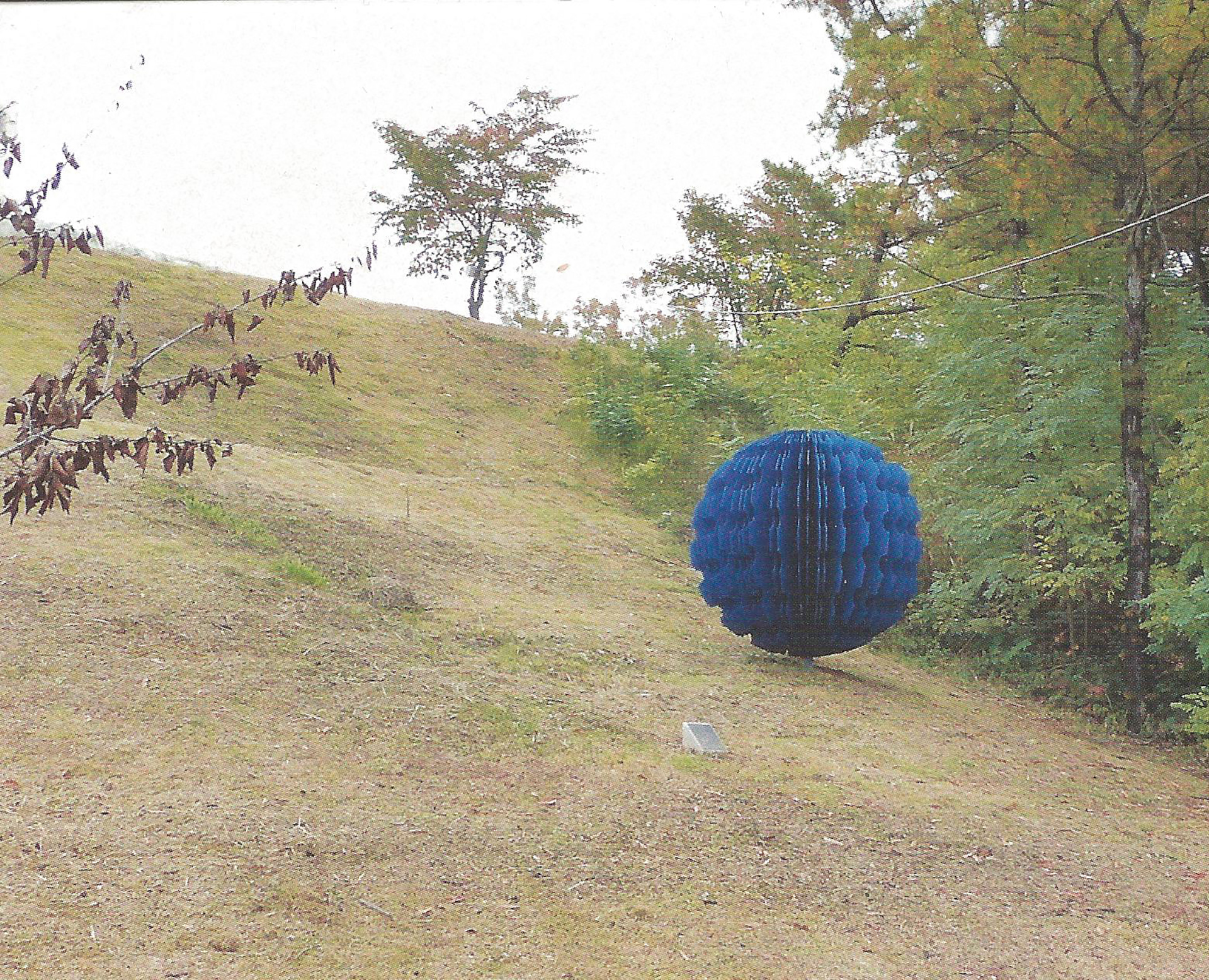 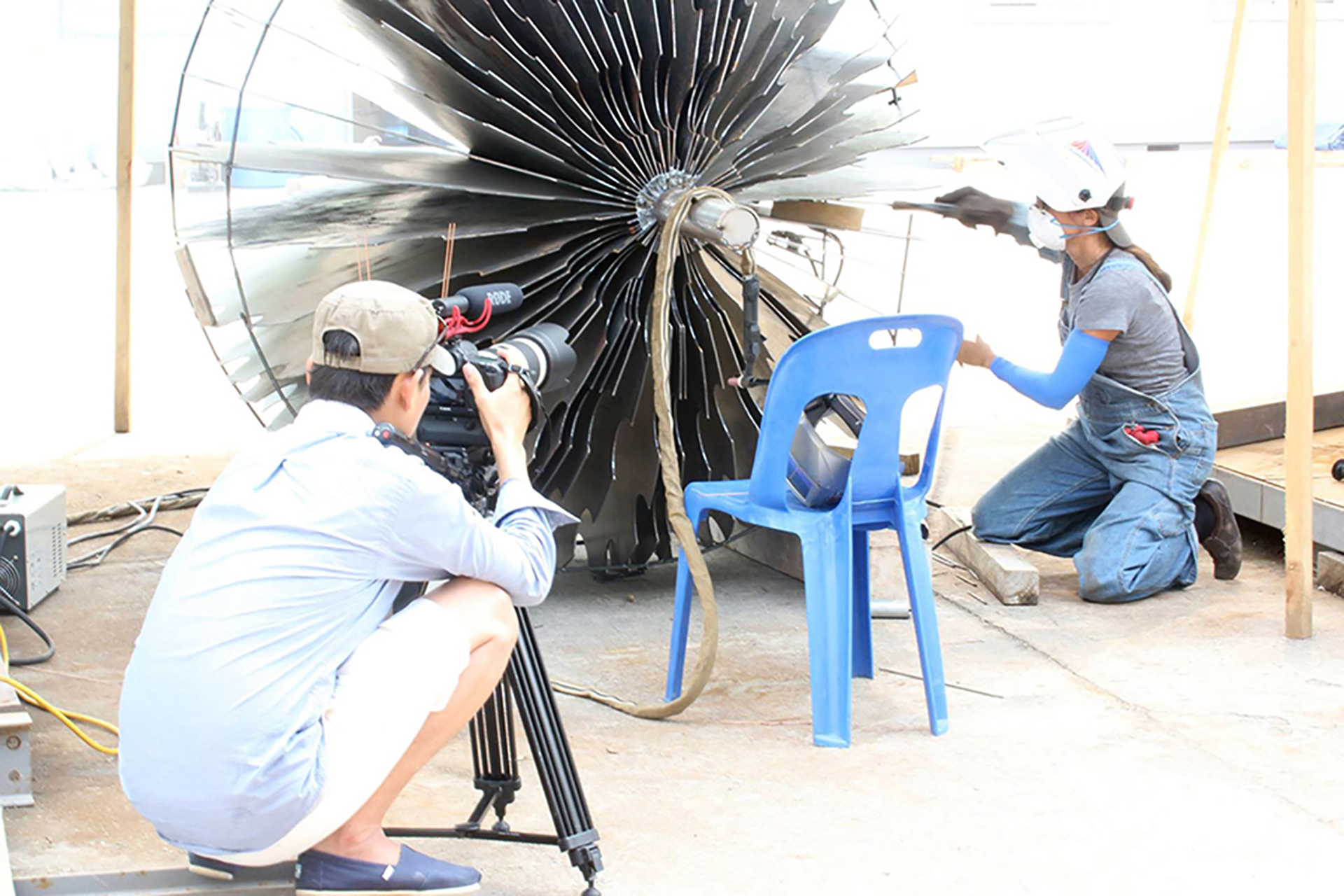 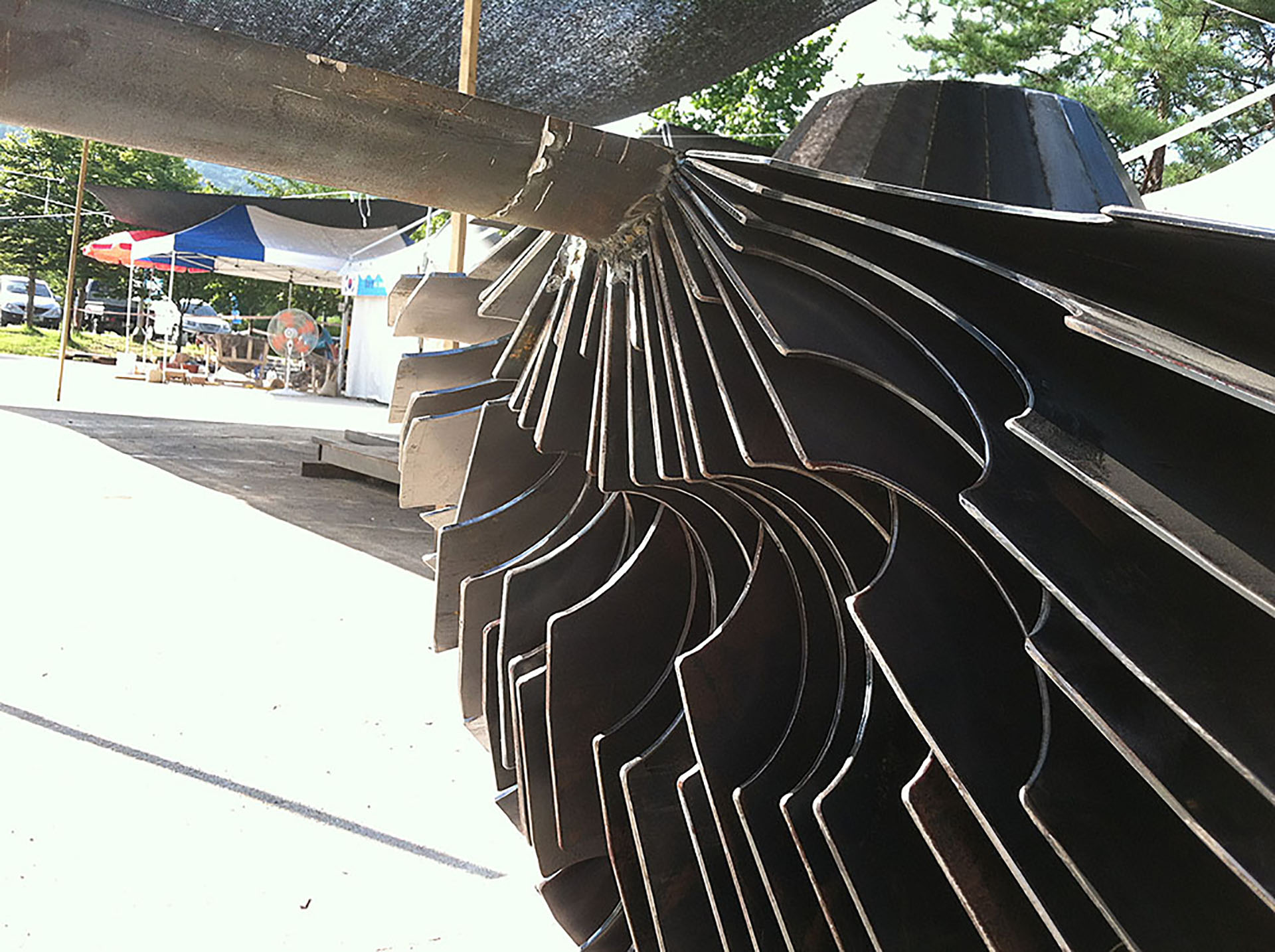 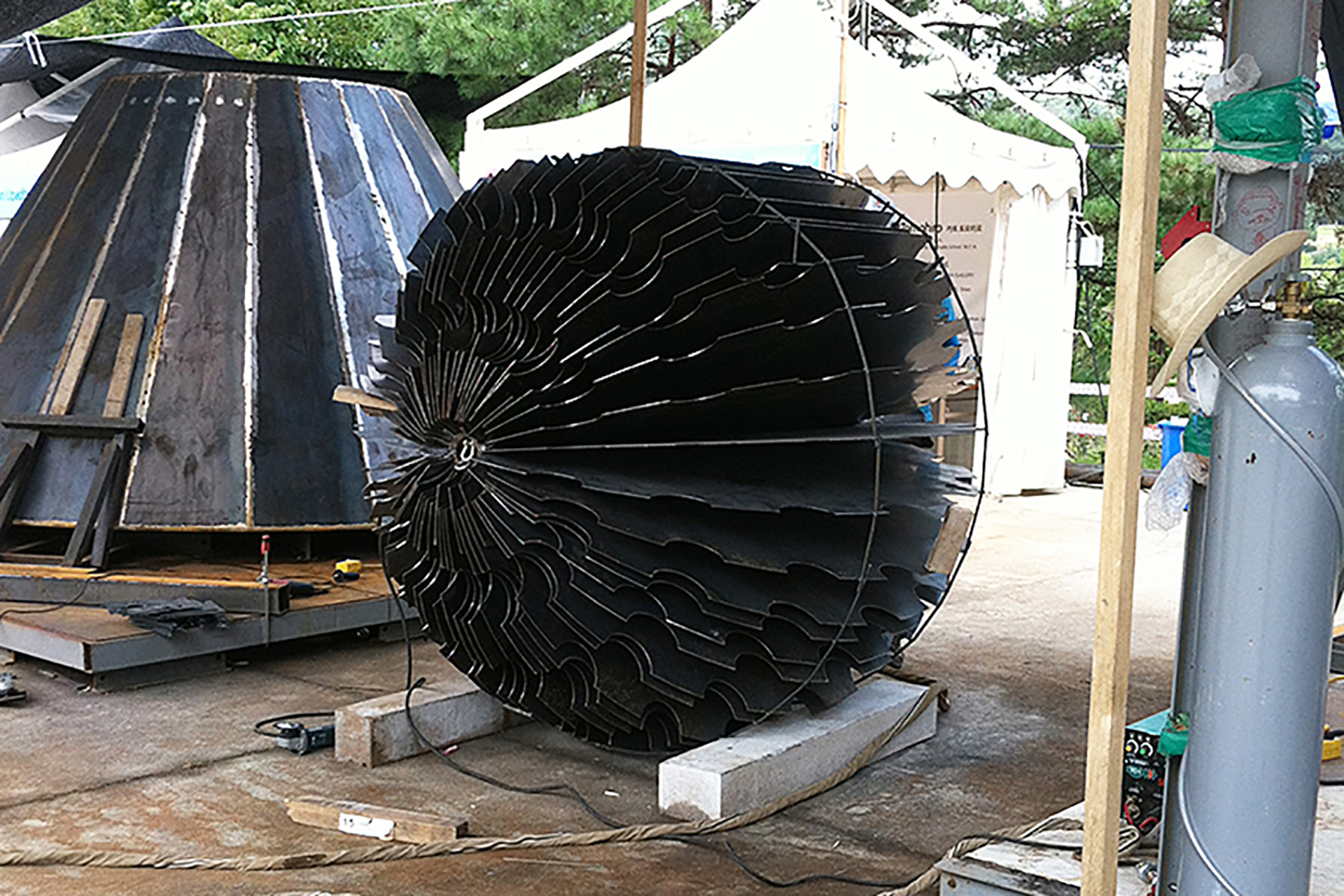 This project was commissioned by the United Nations Educational, Scientific and Cultural Organization (UNESCO) and the City of Santa Fe, New Mexico, and funded by UNESCO for a World Heritage site in Icheon Korea to honor the Korean and New Mexican victims of the Korean War.

In collaboration with Korean UNESCO constituents, I chose this site for Blue Flower because of its distance from the main thoroughfare at Seolbong International Sculpture Park. This specific integration was intentional and reflected my desire for visitors to the park to see this object at first glance as distant, but exciting. My objective was that the distance would beckon visitors off of the main walking paths at the park to engage in encountering this piece through the motion of a walk. In this sense, the composition, through separation and isolation became heightened as an object for which to promote reflection. The human movement towards this object, which is composed of diverse and multiple panels, make it possible for the visitor to access a frozen section of past time while confronting the question of mobility through the fictionalized sculptural animation, made possible by the walk.

Blue Flower was a collaboration between myself, the City of Santa Fe Arts Commission, UNESCO and sister city partners in Korea. It was a fascinating collaboration specifically because of language differences. Ultimately though, my partner fabricators in Korea were able to interface with me through the language of math. A CNC water jet fabricator in Korea cut each of the 102 panels for this piece. My expertise with a powerful 3D software provided an open conduit for relaying information via a simple DXF file to communicate all x and y values for each disk. I also worked with a small team consisting of a structural engineer and several welders while in Korea. Translators and translation apps facilitated this collaboration, which was essential for creating a structurally sound permanent sculpture.