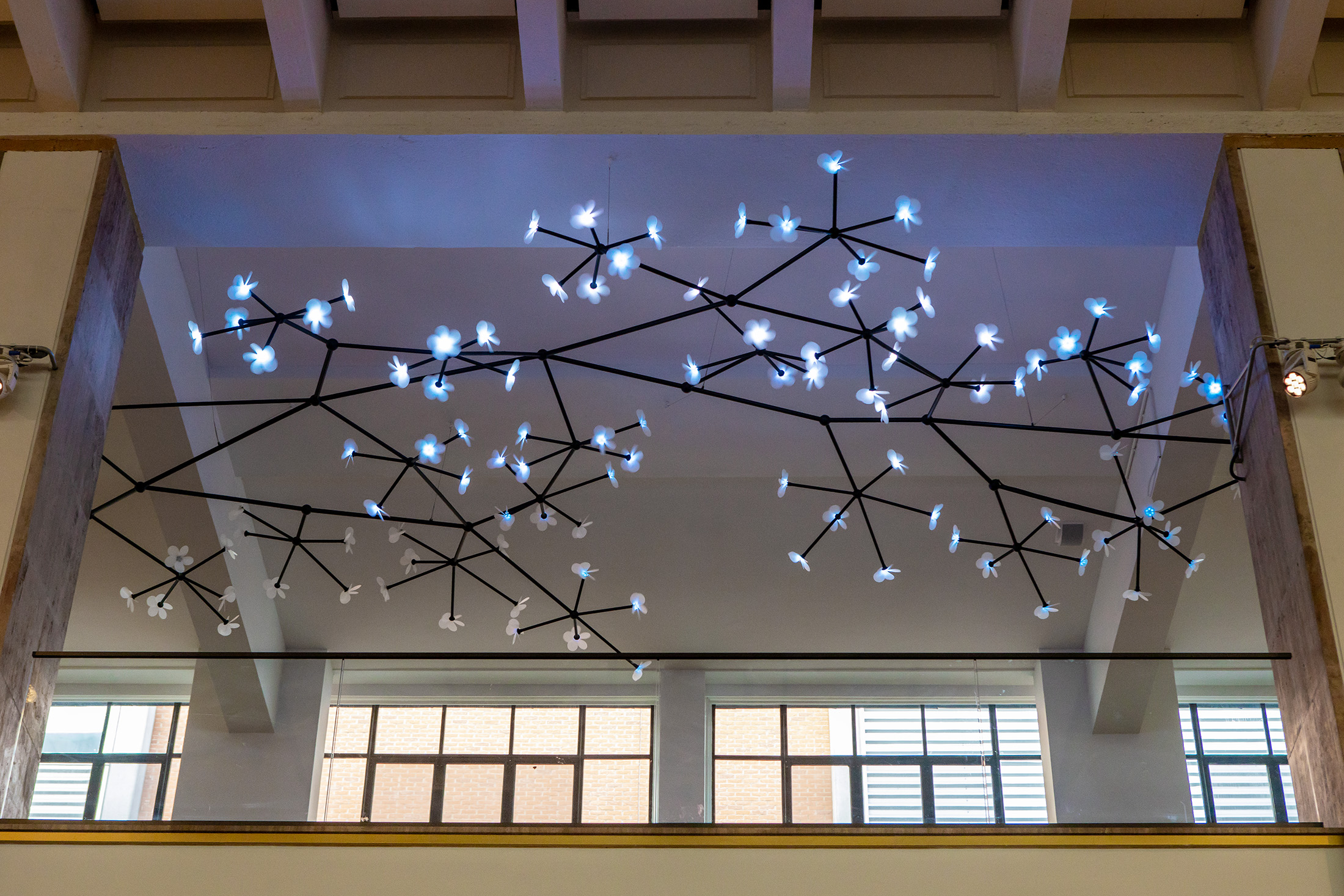 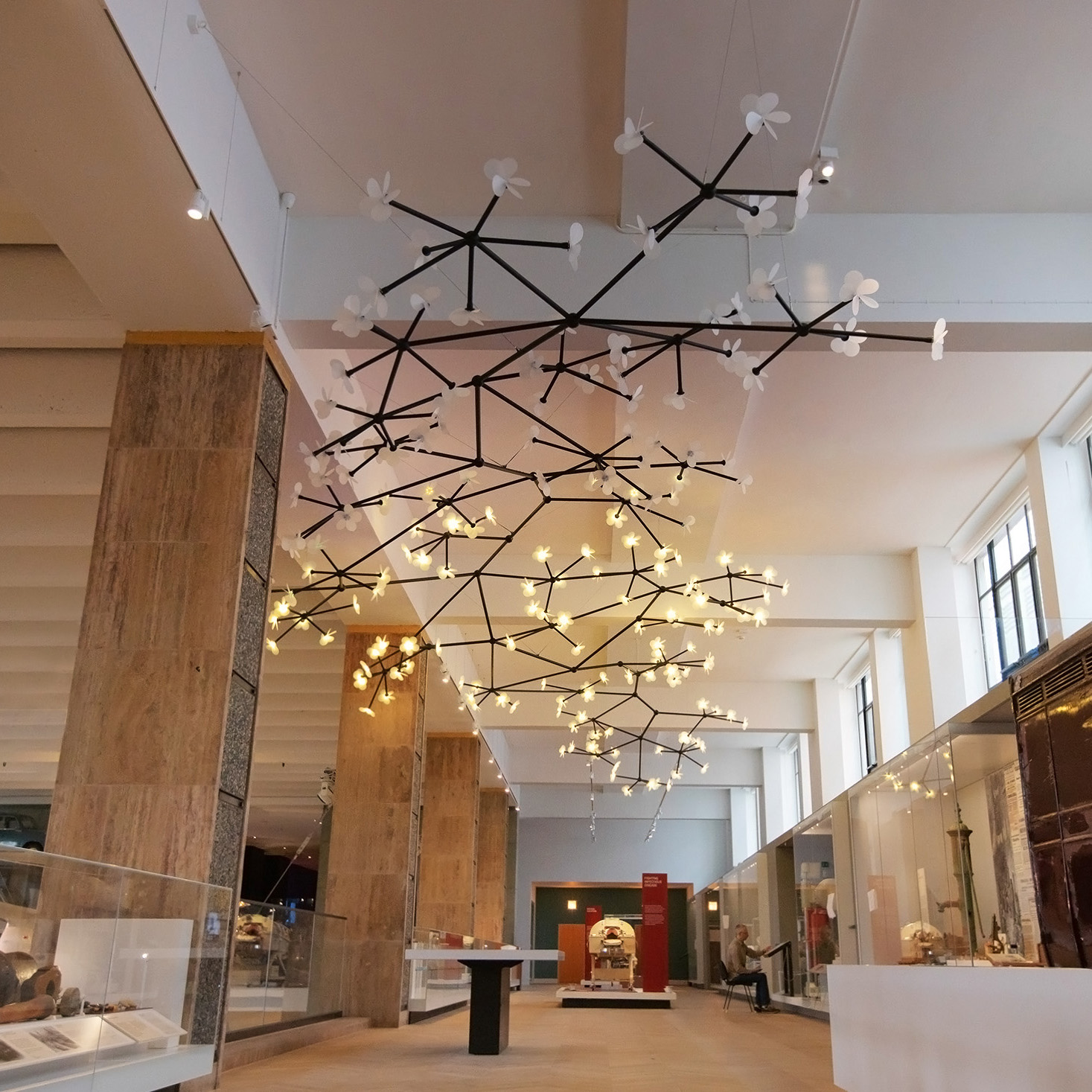 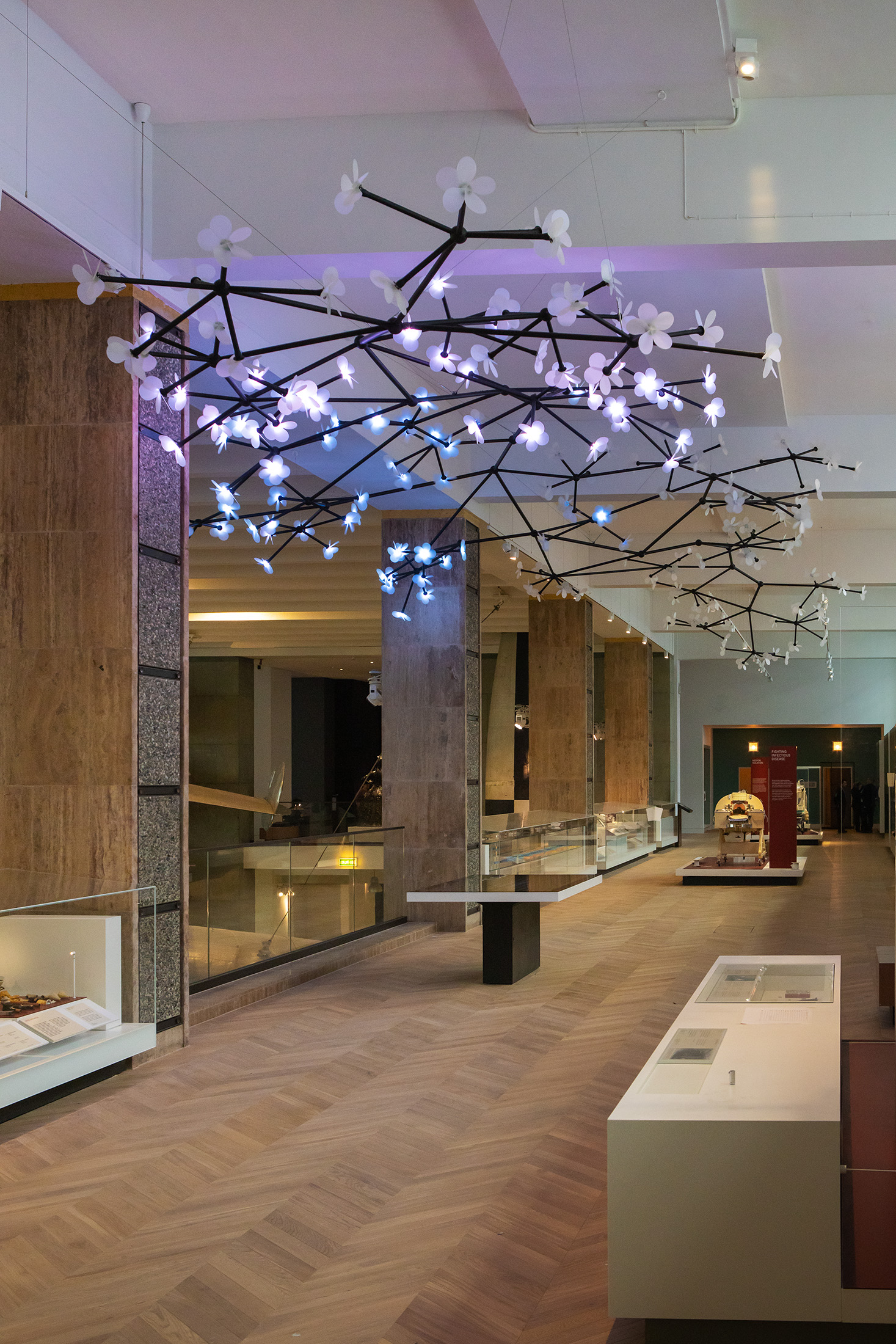 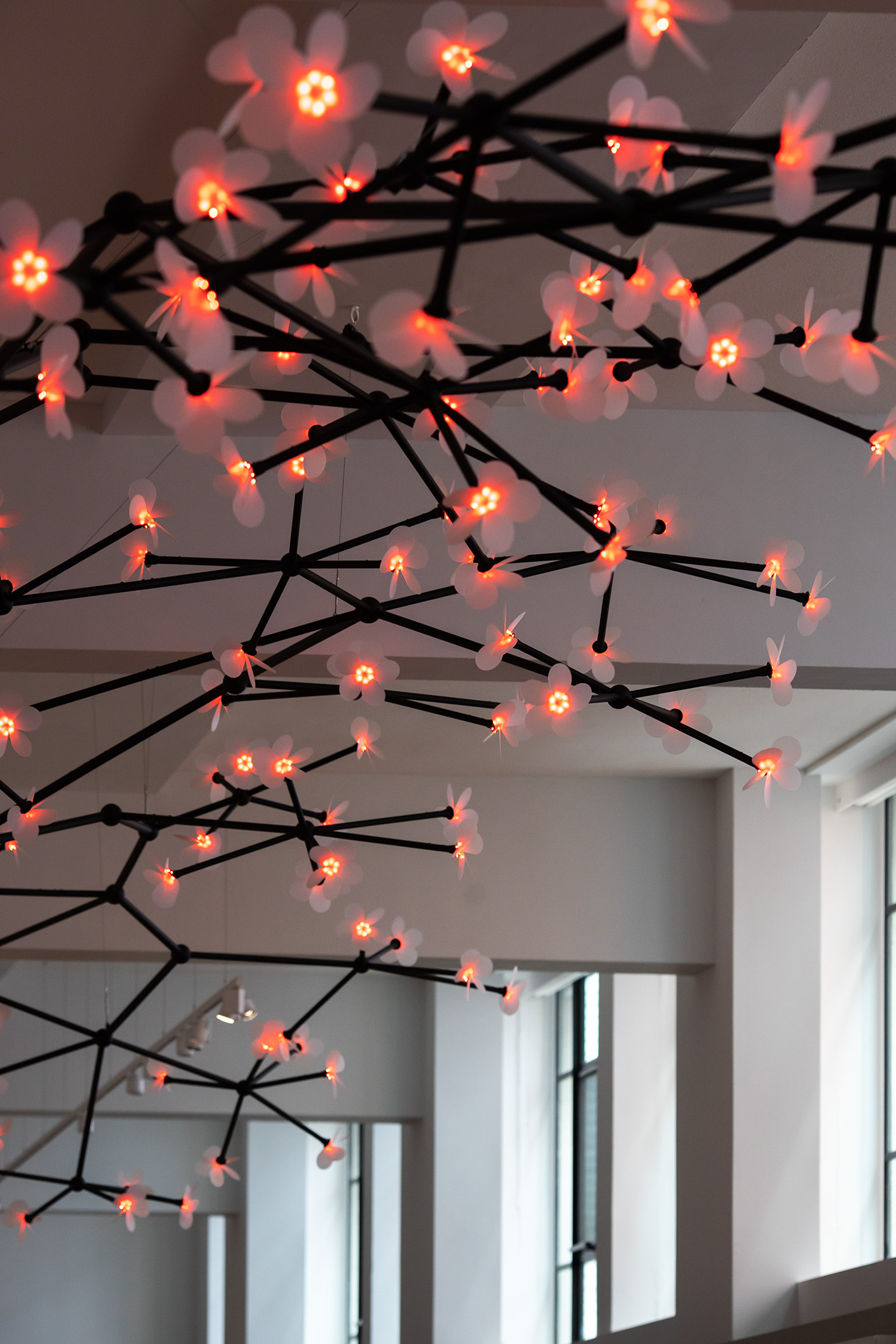 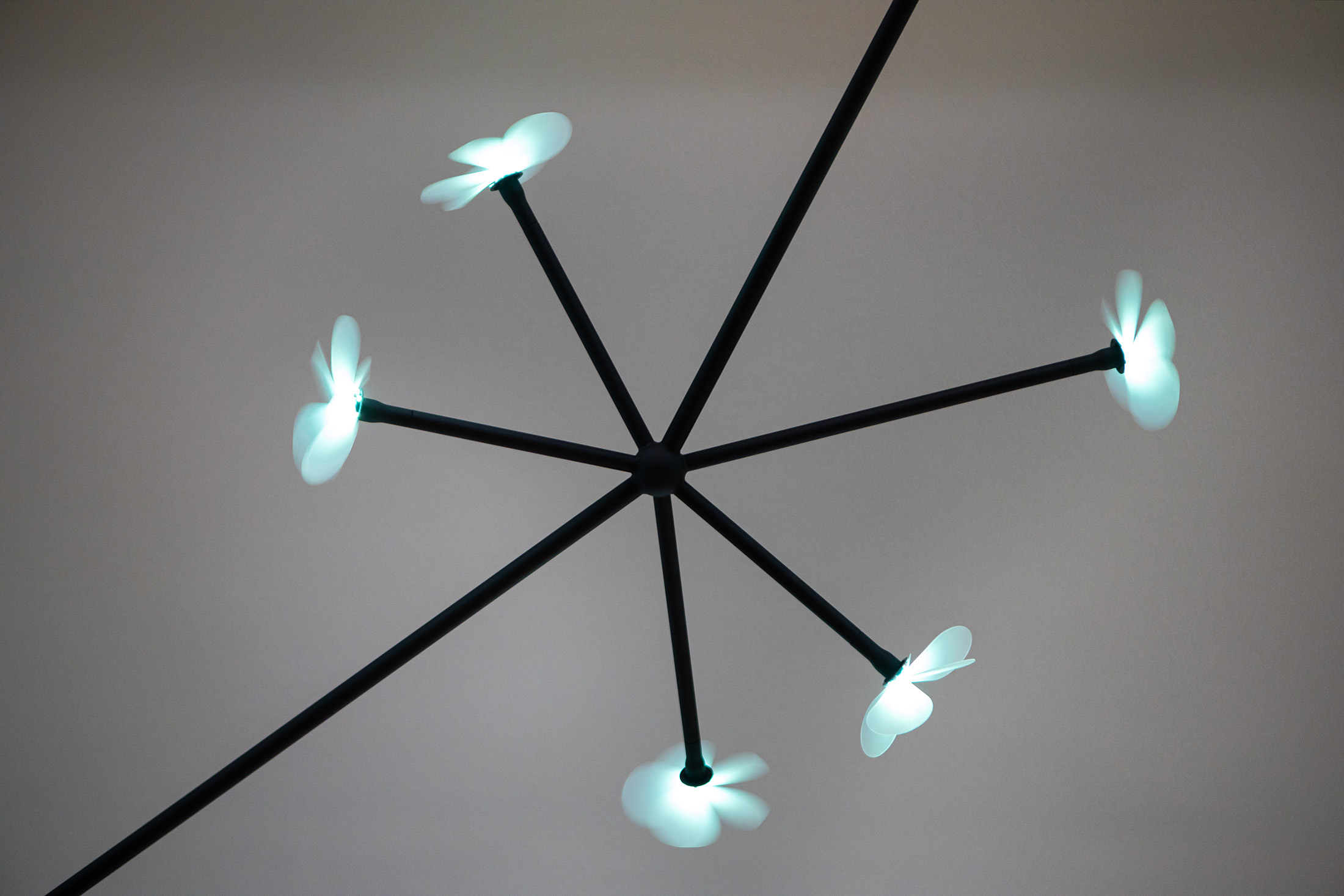 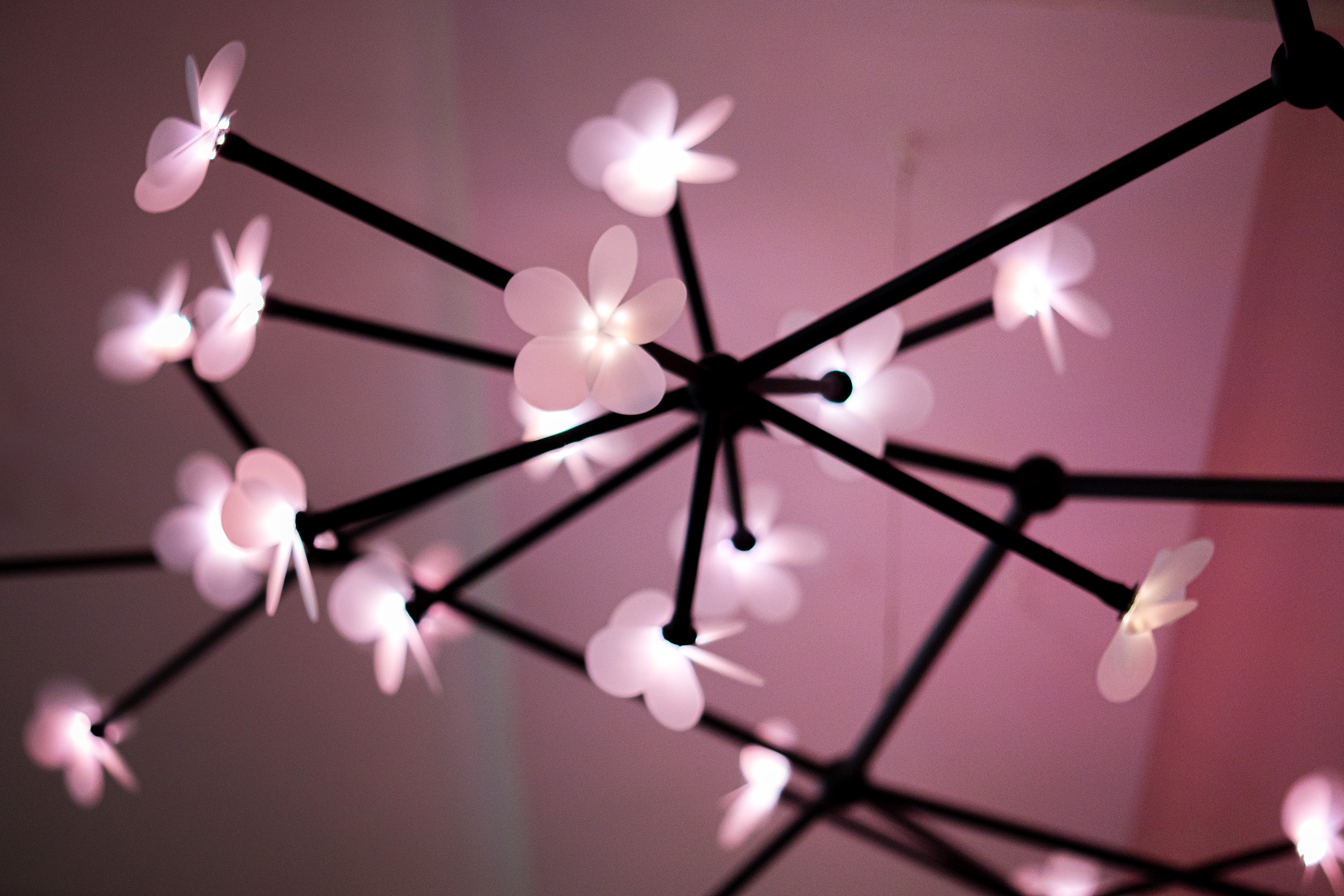 Bloom plays on the notion of air being the carrier and the ‘active’ part in an epidemic system. Like a sneeze that transmits a virus through the air.

The piece is created as a three-dimensional decentralized diagram. Painted black as if drawn directly in the space, it is a powder-coated mild steel
structure, embellished with LED’s, polypropylene propellers and motors at the extremities. Over a set period of time a number of different contagion
scenarios will play out, animating the piece by rotating and lighting the propellers as the disease spreads throughout the structure.

Bloom can be interpreted on macro level, i.e. nodes being cities and the activation of propeller and light alluding to the fast spread of disease caused
by the speed and reach of modern transport networks from one country or city to the next. Or on micro level, with each propeller representing a
single individual and the entire piece animating one propeller at a time by proximity.

“If you blow on a propeller, it will start spinning and, in turn, create its own airflow.
It’s this playful analogy that we use to tell the serious story of how disease spreads,
which can be caused by as simple a thing as breathing air.
We cannot see it, but it travels far and fast.”

The artwork was the first major permanent exhibition extension during the last 20 years in the Science Museum London. It is 3000 ism and features 3 major artworks that all convey source material in an emotive way to further the multiple ways the exhibition seeks to engage the audience in the history of medicine.

The artwork brief came from the content team but was approved at museum executive level.

The commission was finalised only a year before the Covid19 outbreak.