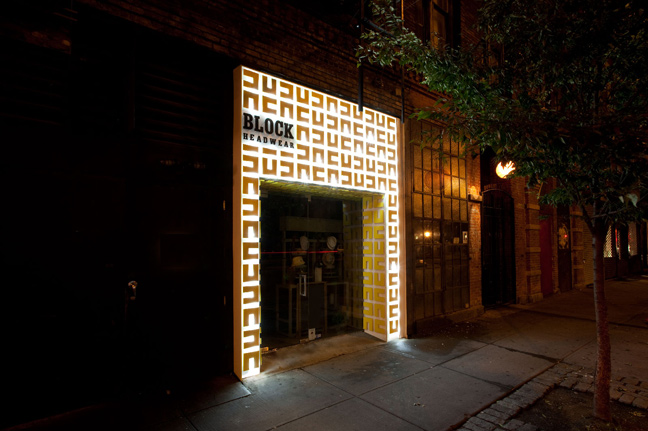 When asked to create Block's headwear's first US store's facade, Sergio Mannino knew that the client wanted this new shop to make a big impact on its Lower East Side neighborhood. Since Block is on a busy street (it stands next to the likes of Pulino's Pizzeria and Katz' Deli), the Studio created a memorable facade that would catch the attention of passerby.

Inspiration first came from the brand's products and its logo as the design is a repetition of the Block Headwear logo. But the inspiration didn't stop there. Location also played a crucial role in the design since the store is set in front of one of New York City's most famous graffiti walls. The Houston/Bowery wall was first painted by Keith Haring more than 30 years ago. After that a countless amount of artists have put their hands on that piece of urban canvas. The intersection still tells the story of a New York that doesn't exist anymore but that is still missed by many.