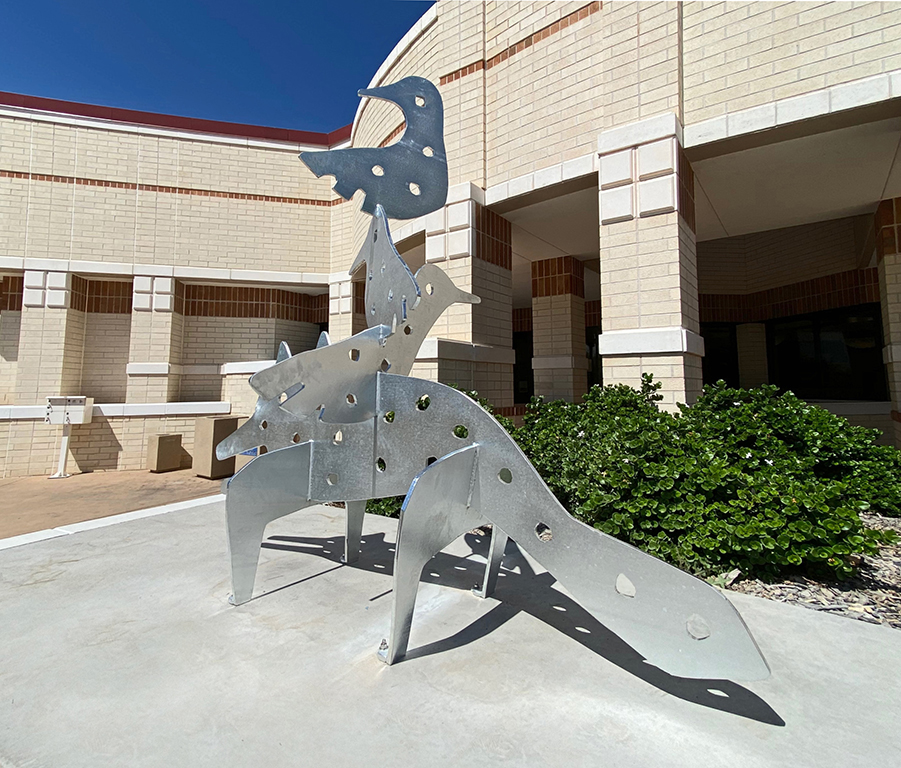 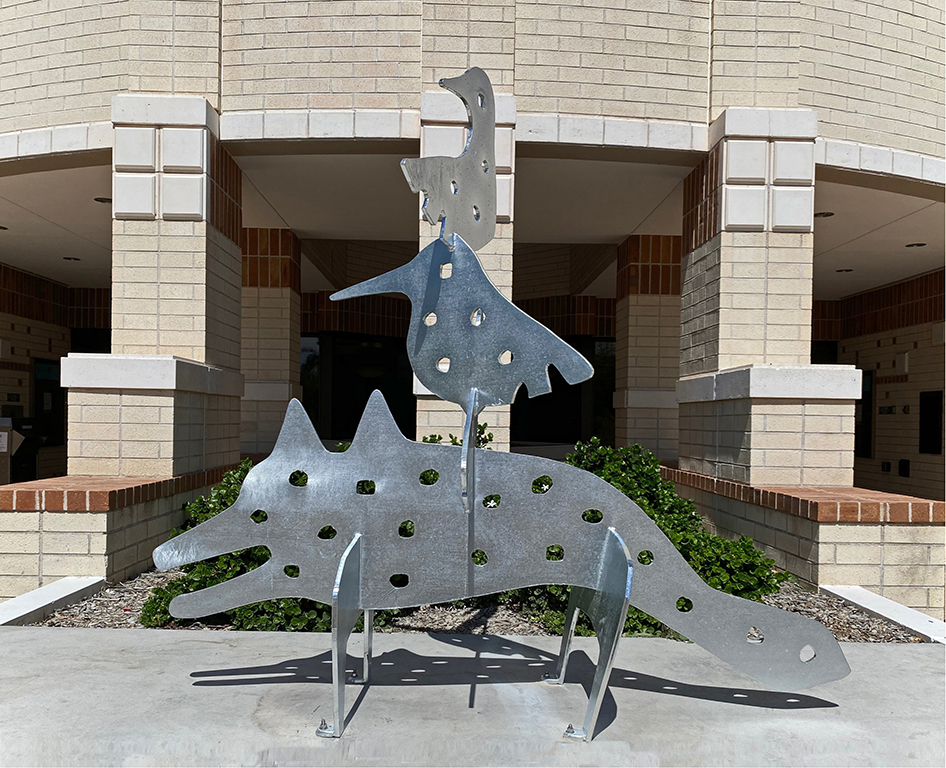 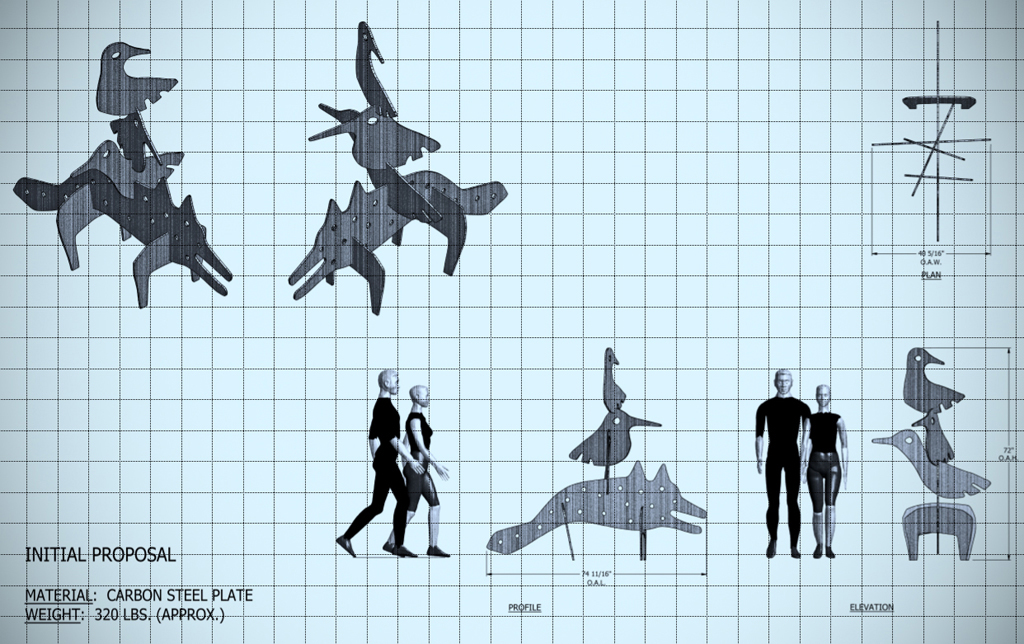 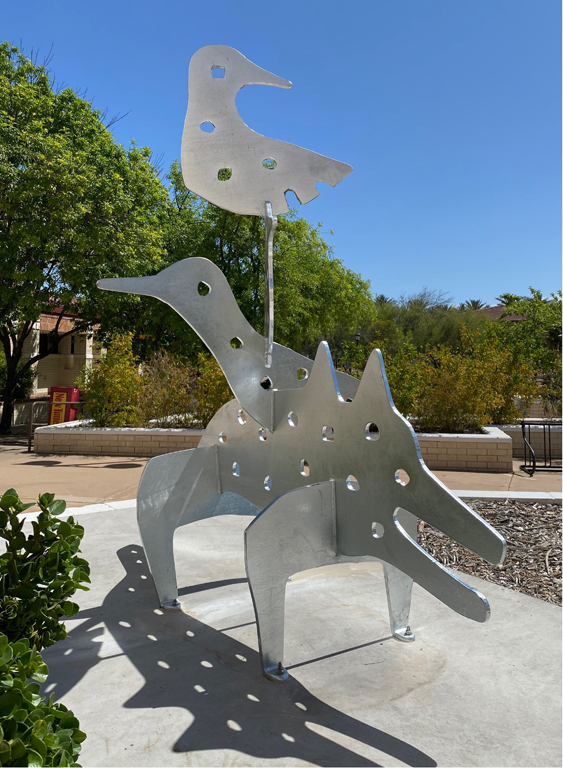 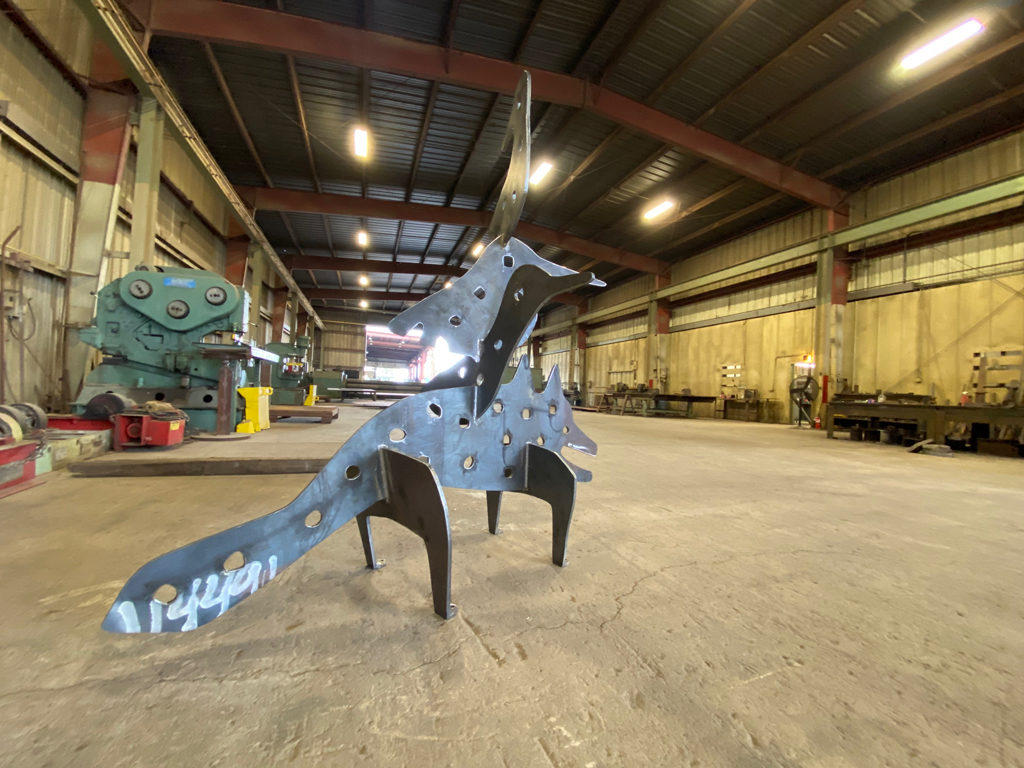 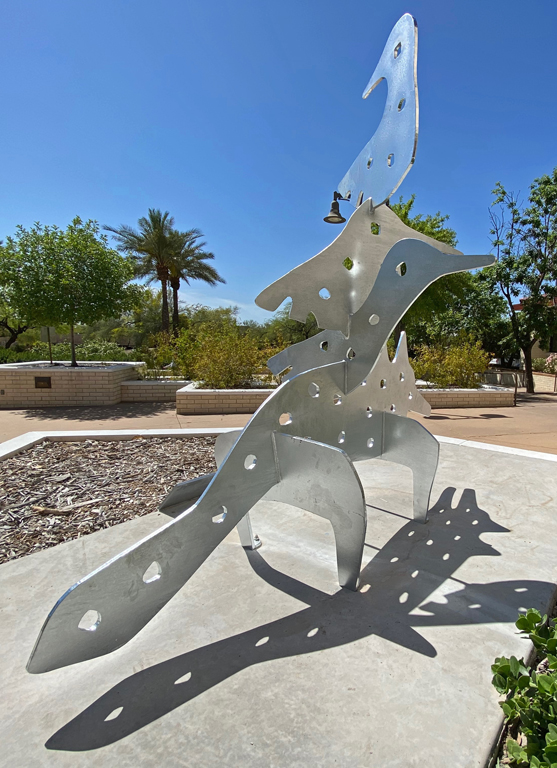 “Birdsong for Wiley”, is a public art piece sited at Peoria Public Library in Peoria, Arizona. “Birdsong for Wiley” is a lark and a fantasy. Like Edward Hick’s “Peaceable Kingdom”, here the Coyote lays down with the Roadrunner, taking a break from his scripted role. The title refers to Wile E. Coyote, the antagonist of the Roadrunner (beep beep), but also gives a nod to William T. Wiley, the West Coast Funk artist who had an outsized influence on my own work.

The goal was to create a signature artwork for the Peoria Public Library.

John Randall Nelson and Ron Ruff partnered with the City of Peoria to produce "Birdsong for Wiley" After discussing a concept and direction with Peoria Public Library and the City of Peoria, we presented several ideas. With feedback from the selection committee, the Coyote/Birds theme was chosen.