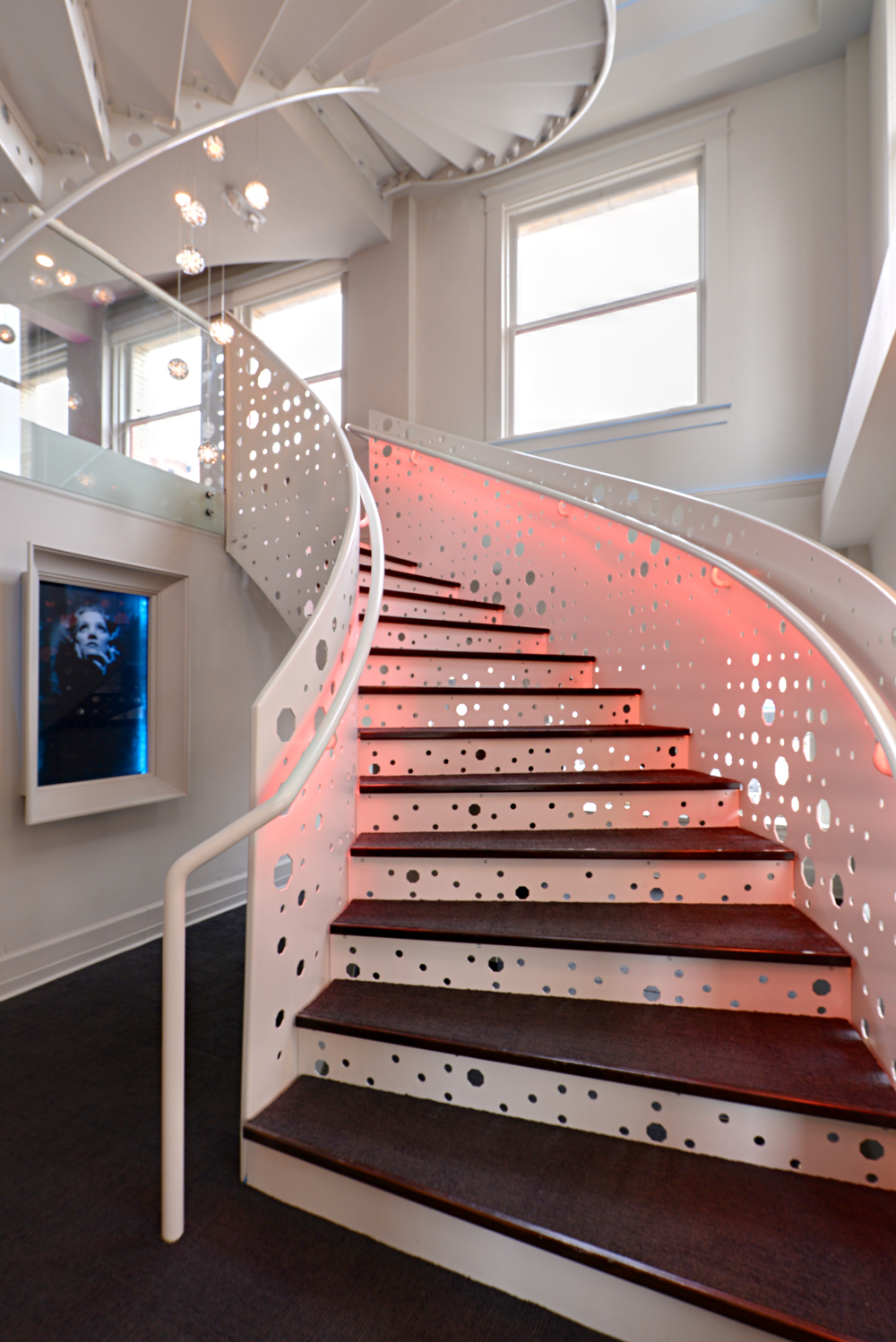 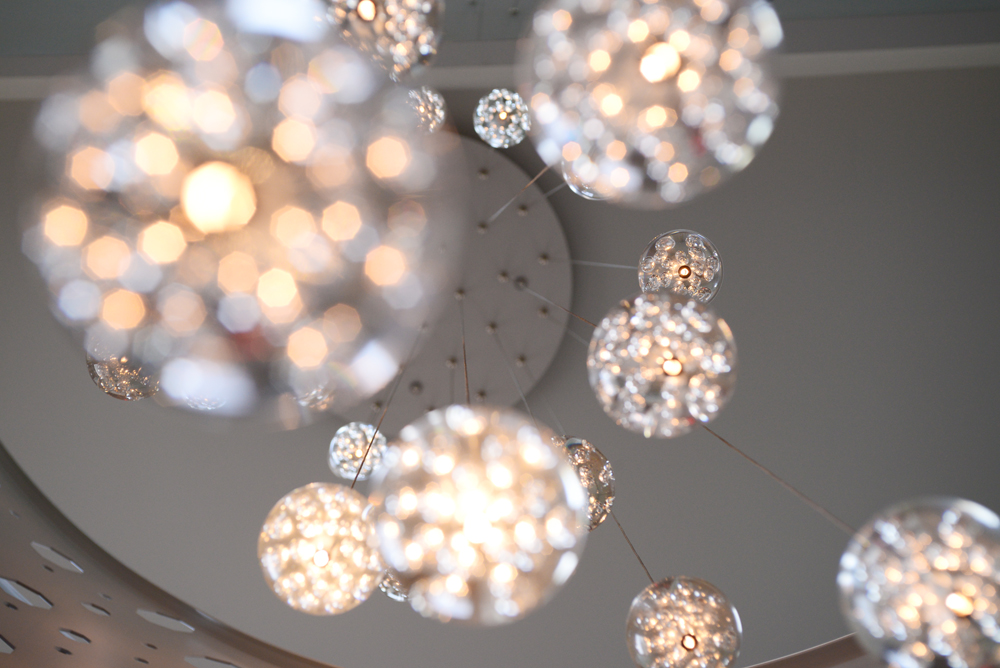 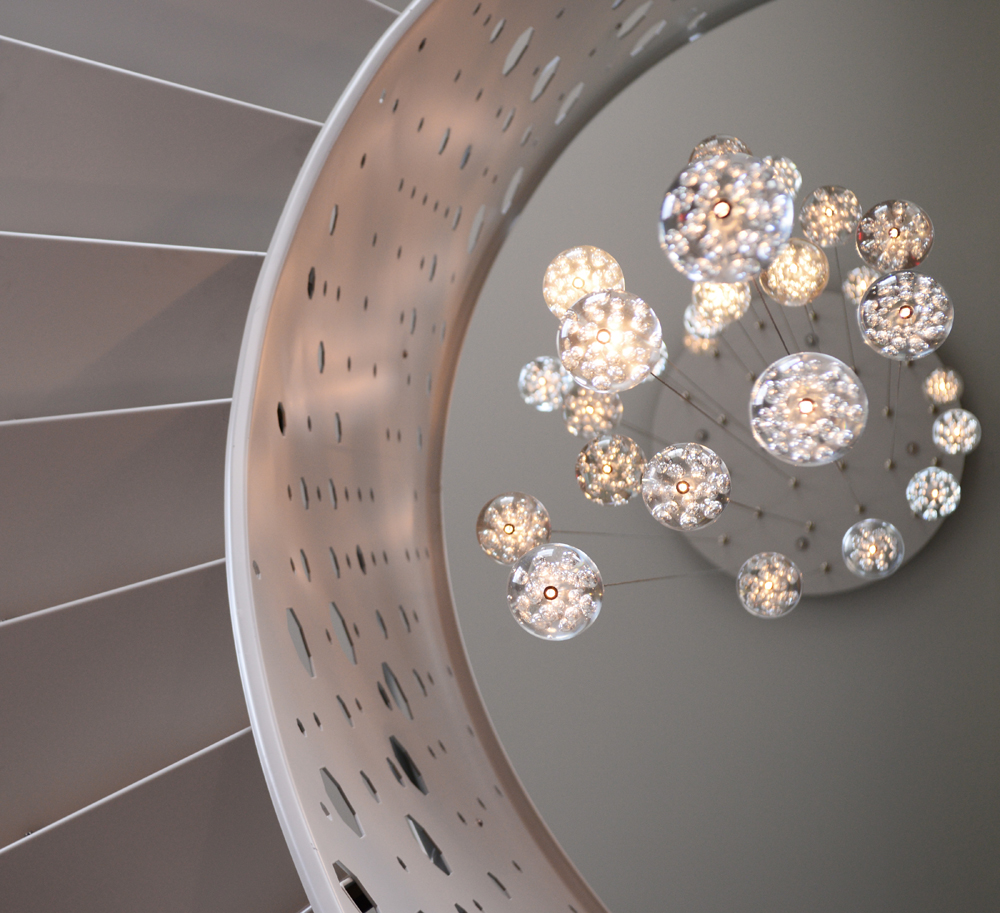 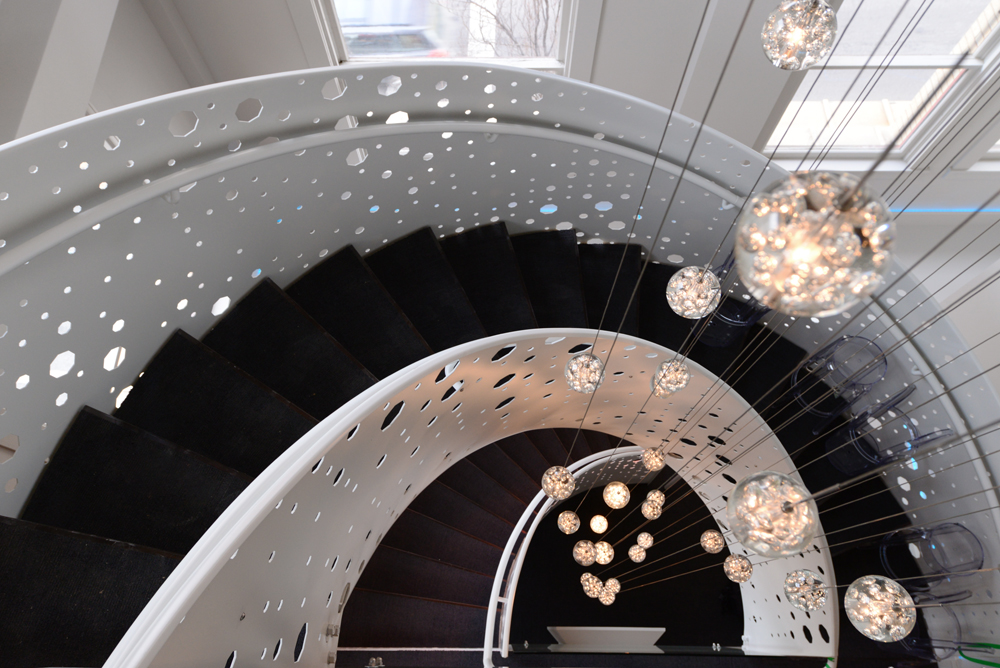 The Bing Stair was developed to provide a sculptural element that could be referenced from the marquee corner of the theater without detracting from the historic facade; in addition, it serves as a gateway to connect the mezzanine level and a new lounge on the third floor, as well as offices above. The project included cutting out approximately 360 total square feet of concrete structure to make room for the monument, a modern interpretation of the art deco geometries found throughout the theater.

The history of the Bing Crosby Theater is one of significance that highlights the importance the arts have in any community. Because of this, integrating artwork and artists in the project was a necessity to keep the essence of the theater as a hub for Spokane arts entertainment intact. What served more significant in this project specifically was the integration of a multitude of professionals to realize the projects goals from start to finish. Without the creative efforts of the contractors, artists, architects, engineers, fabricators and owner, the project wouldn't have reached the level of success and attention to detail as it did.

The Bing Stair provided a unique opportunity to come together as designers, contractors, artists and fabricators to create a piece that reflected the history of the Bing Crosby Theater and its role in promoting the arts community in Spokane, WA. From the inception of the project and discussing the concept, fabrication, and detailing to make the project successful while remaining on budget. The team involved ignored the small square footage of the project and focused on the huge impact it could make on the theater and community if done successfully. All agreed tat the stair needed to be a sculptural piece that was a modern spin on the historical theater. The perforated hexagons draw from the patterns in the vast coffered ceiling seen in the dome of the theater, as well as details throughout the lobby. The continuous metal guardrail serves as a new take on the art deco details throughout the building, utilizing a star-burst pattern to relish in the success of Spokane local Bing Crosby as well as create an eye catching visual that can be seen from the street.