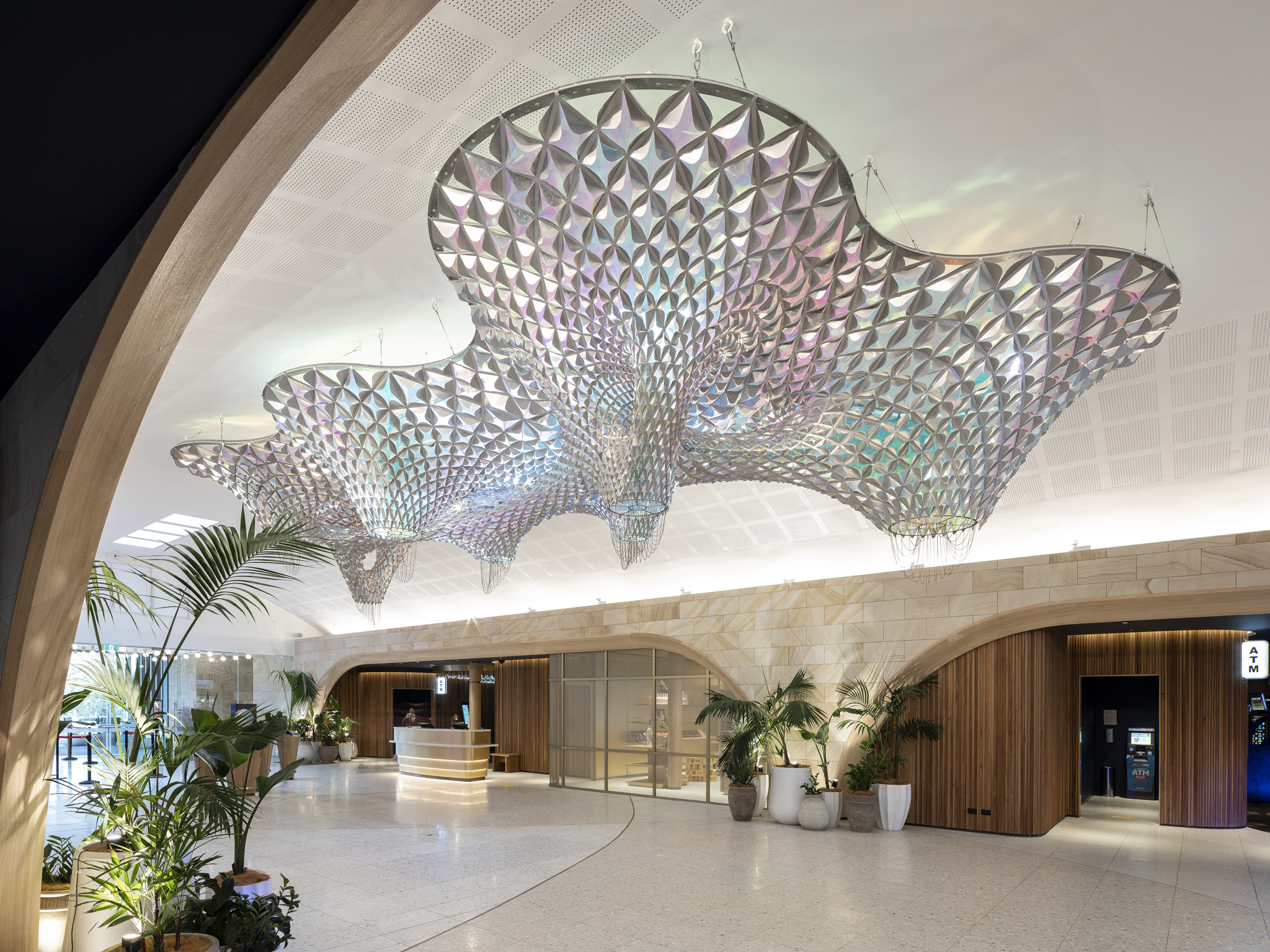 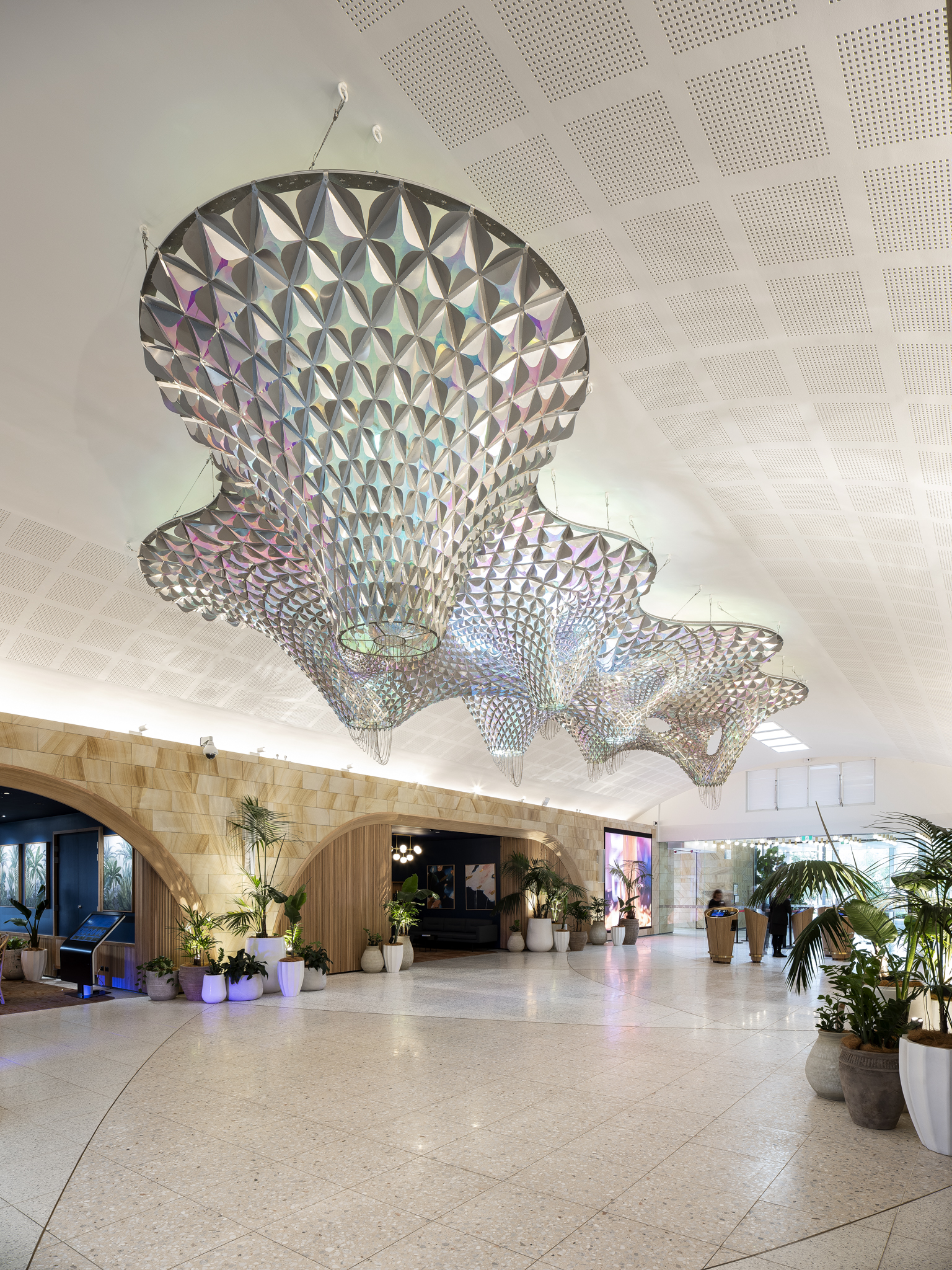 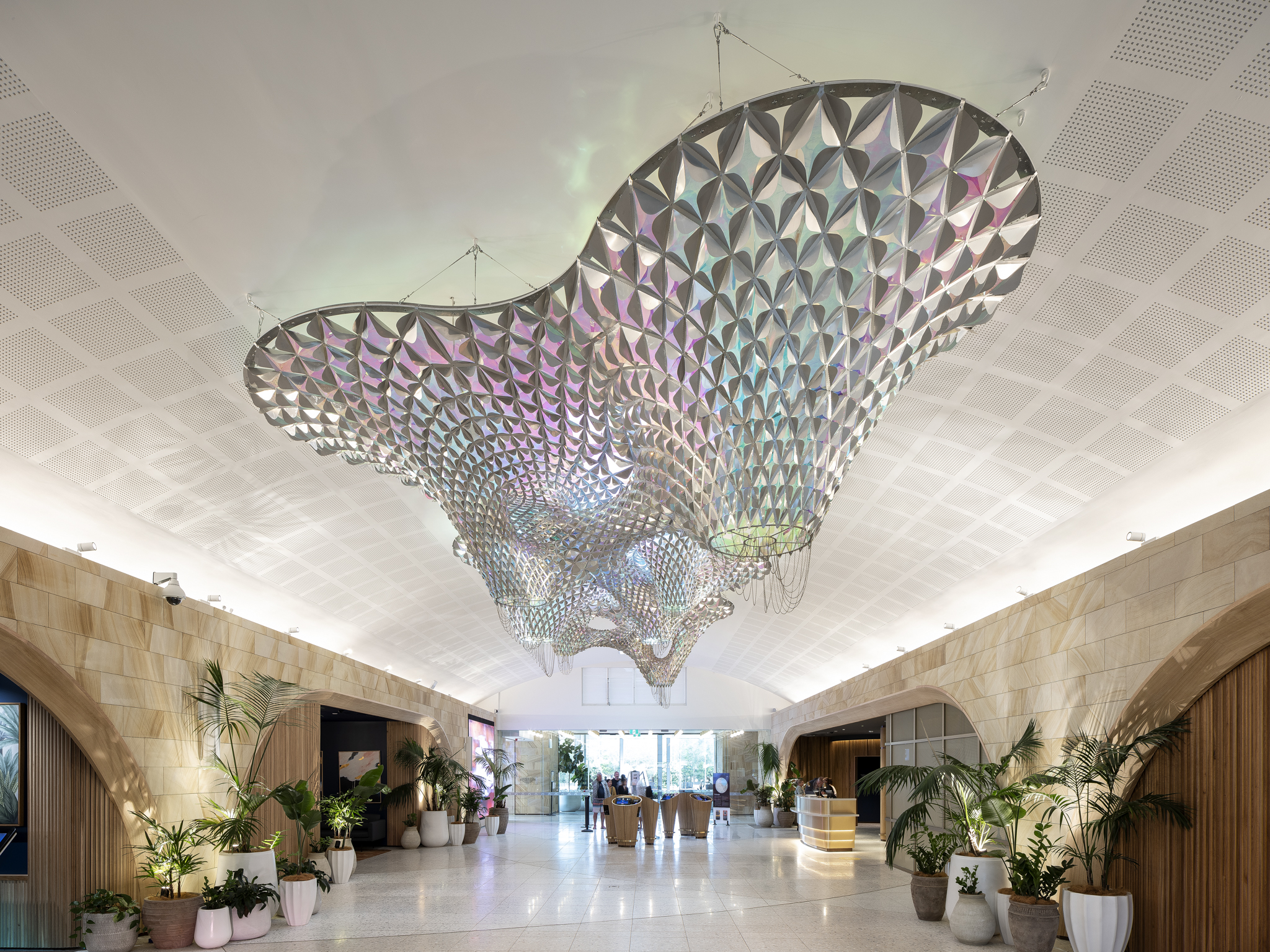 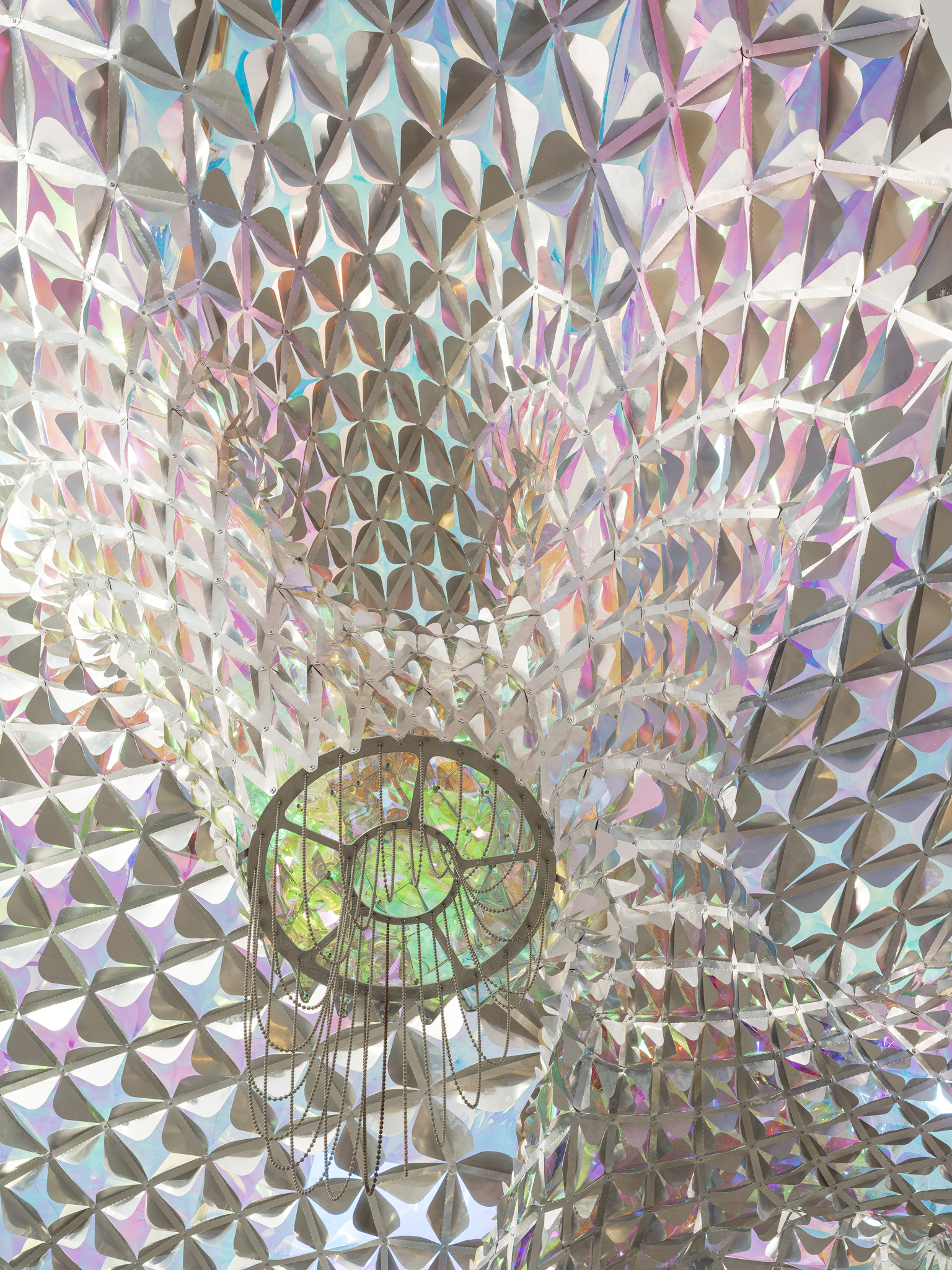 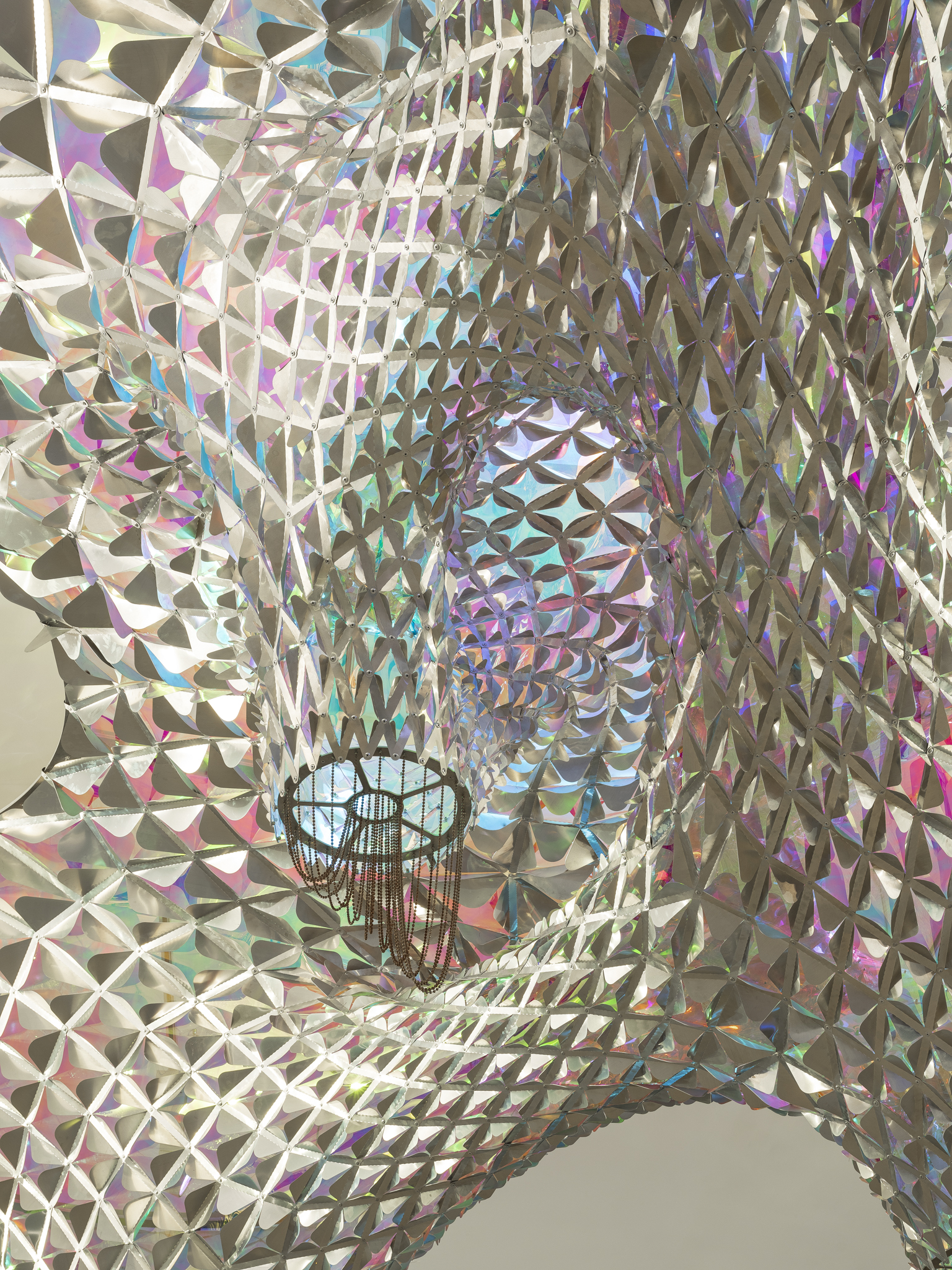 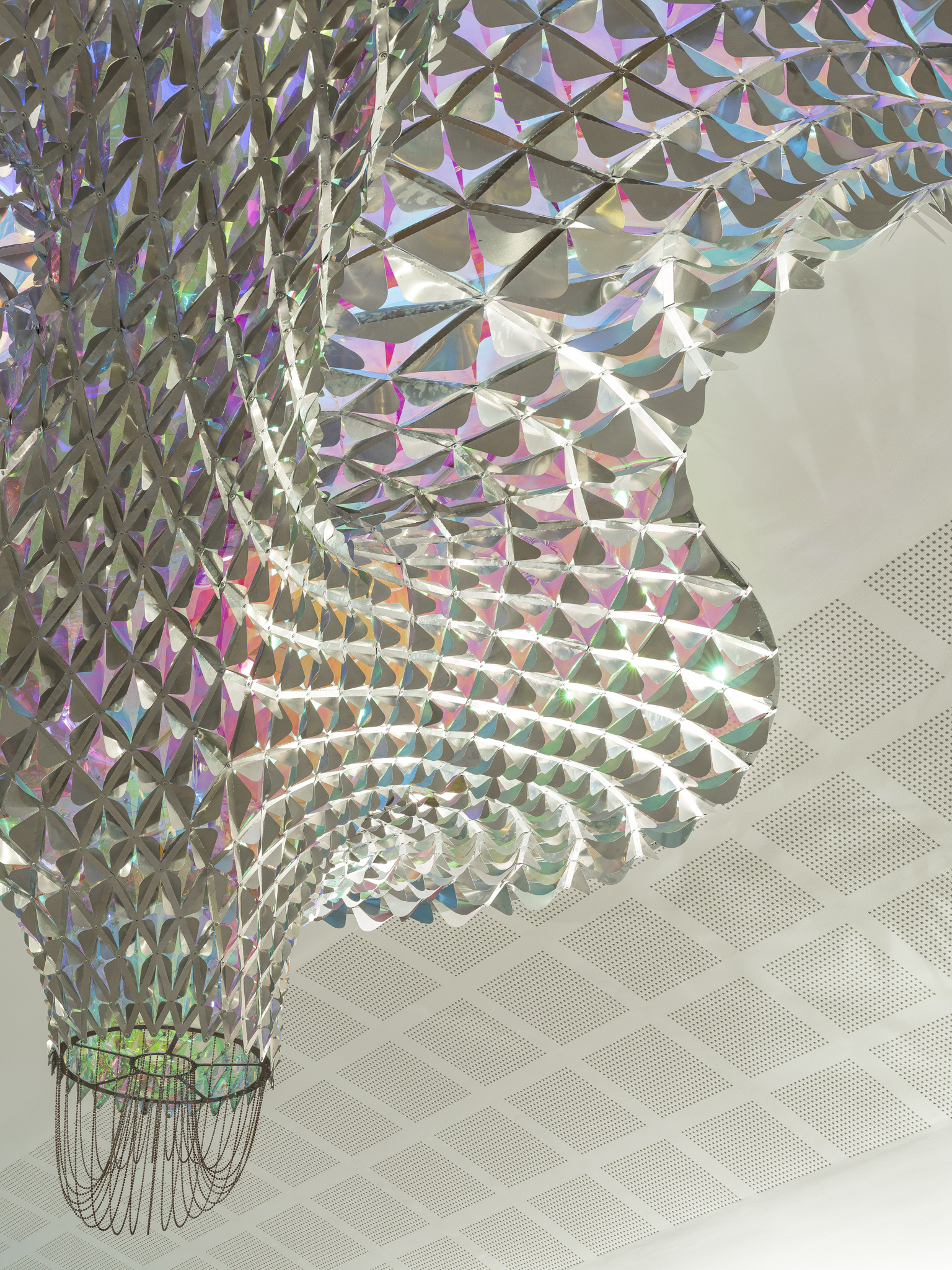 Billow is a large cloud like permanent artwork in the lobby of Mingora, a recently renovated recreational club north of Sydney, Australia. The cloud-like form of the piece hangs from a barrel fault in the main entrance and lobby area greeting visitors and members. Just above the piece are three skylights. The artwork was designed to filter light through the skylights during the day. The inner surface of large form found intertwined shape is clad with dichroic acrylic. The outer aluminum panels have folded petals that redirects sunlight in unexpected ways an it is cast and filtered through the dichroic filters. During the day the sunlight casts shifting patterns on the neutral barrel vault above. At night subtle shifts in color of the LED fixtures above the piece give it a much more animated quality. The compound surface of aluminum and dichroic changes depending on the color an direction of the light. The dichroic film filters the various spectrums of light that intern reflect off of the aluminum surfaces. This effect produces a sense of the piece being alive and floating with the currents of the space like a jellyfish.

The goal was to produce a dynamic artwork at the main entrance of the recently renovated recreational center. The original space has three large skylights and one of the main goals was to create an artwork that would filter sunlight as it came through the skylights. We also wanted to take advantage of the white barrel vault as a surface to cast patterns on. The organic form is driven by its ability to cast light in unexpected ways as well as hang down into the space to engage visitors. The recreational club is also near to the Pacific Ocean, the artwork was also inspired by the shimmering effects of jellyfish and other sea creatures that float along with the currents of water.