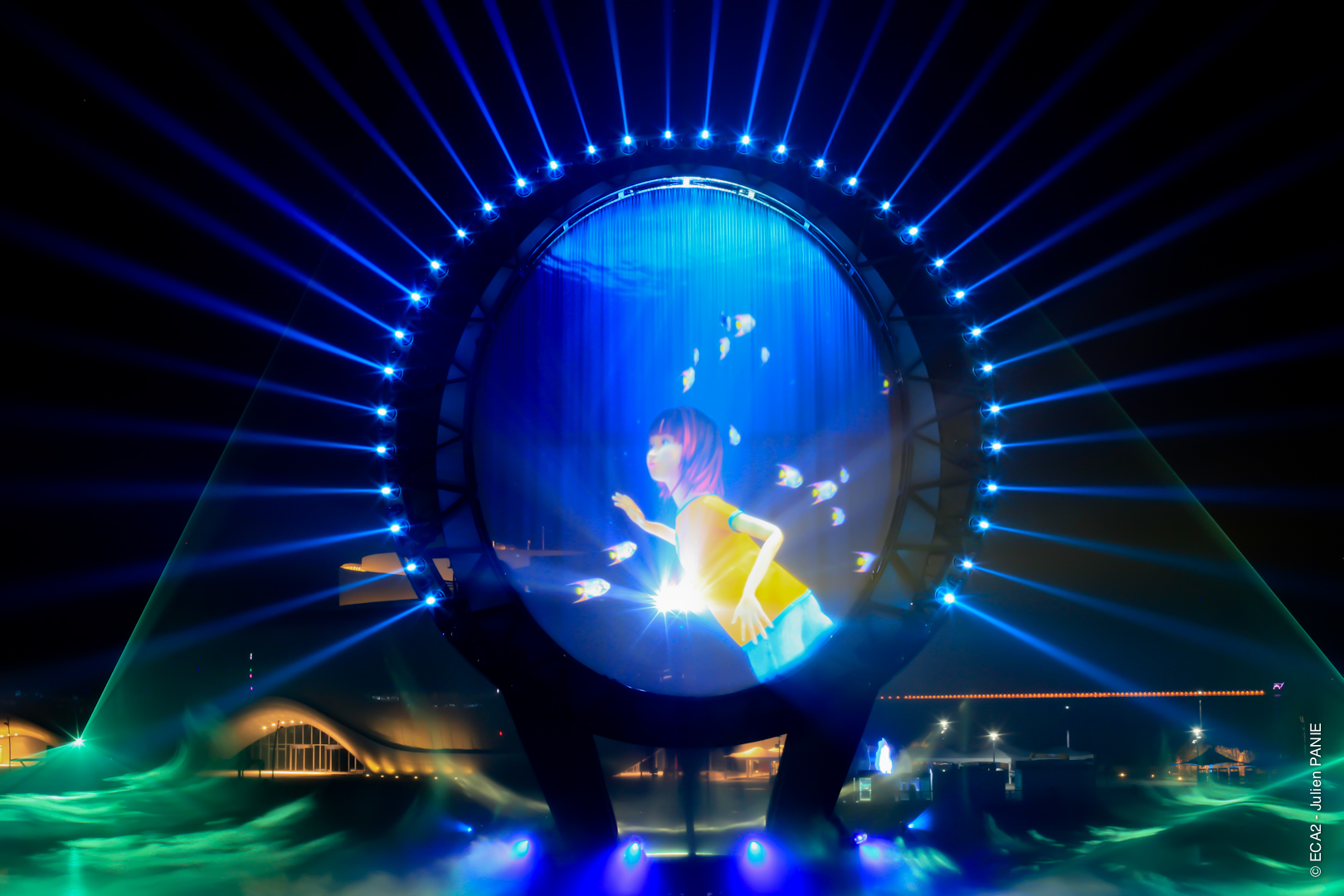 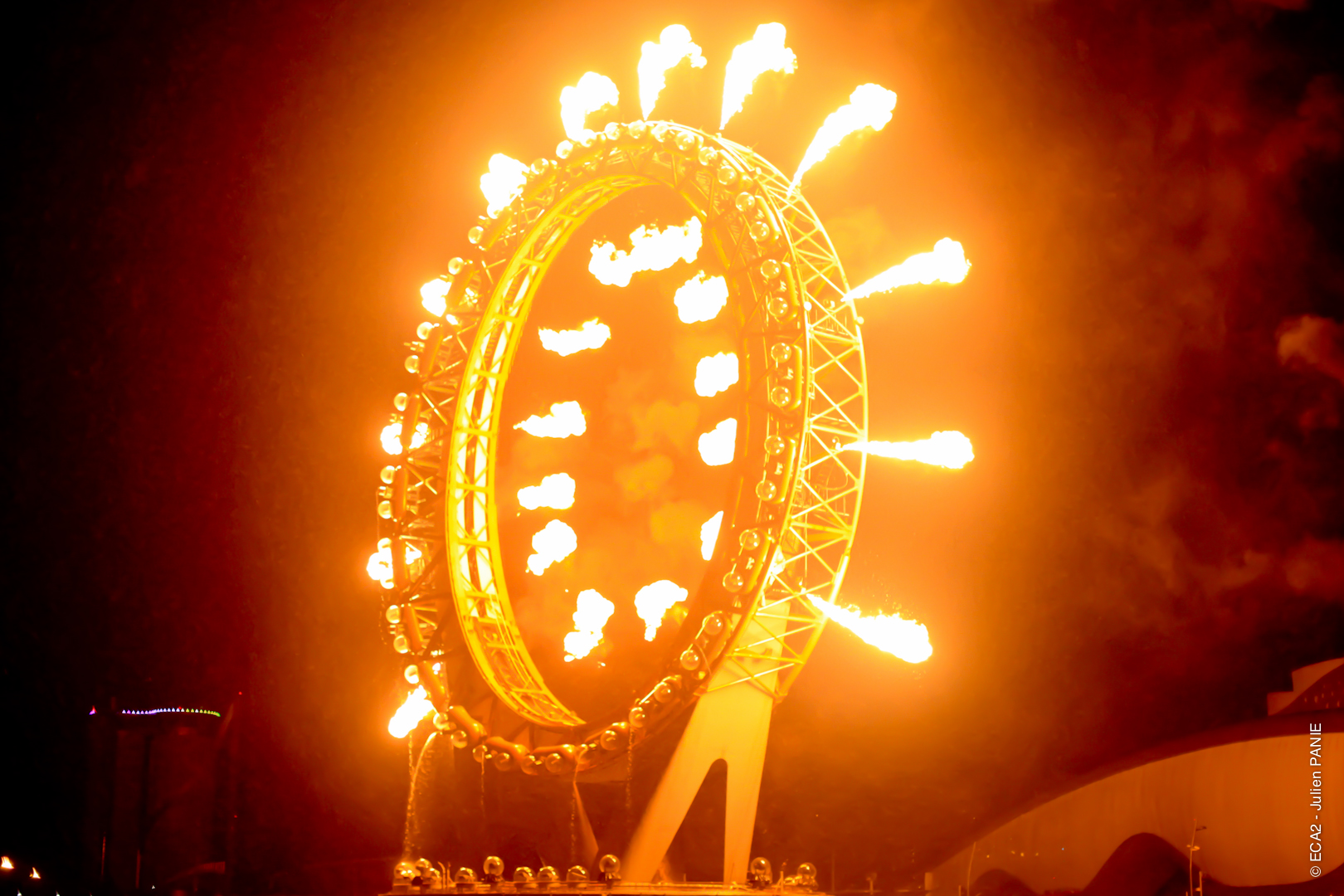 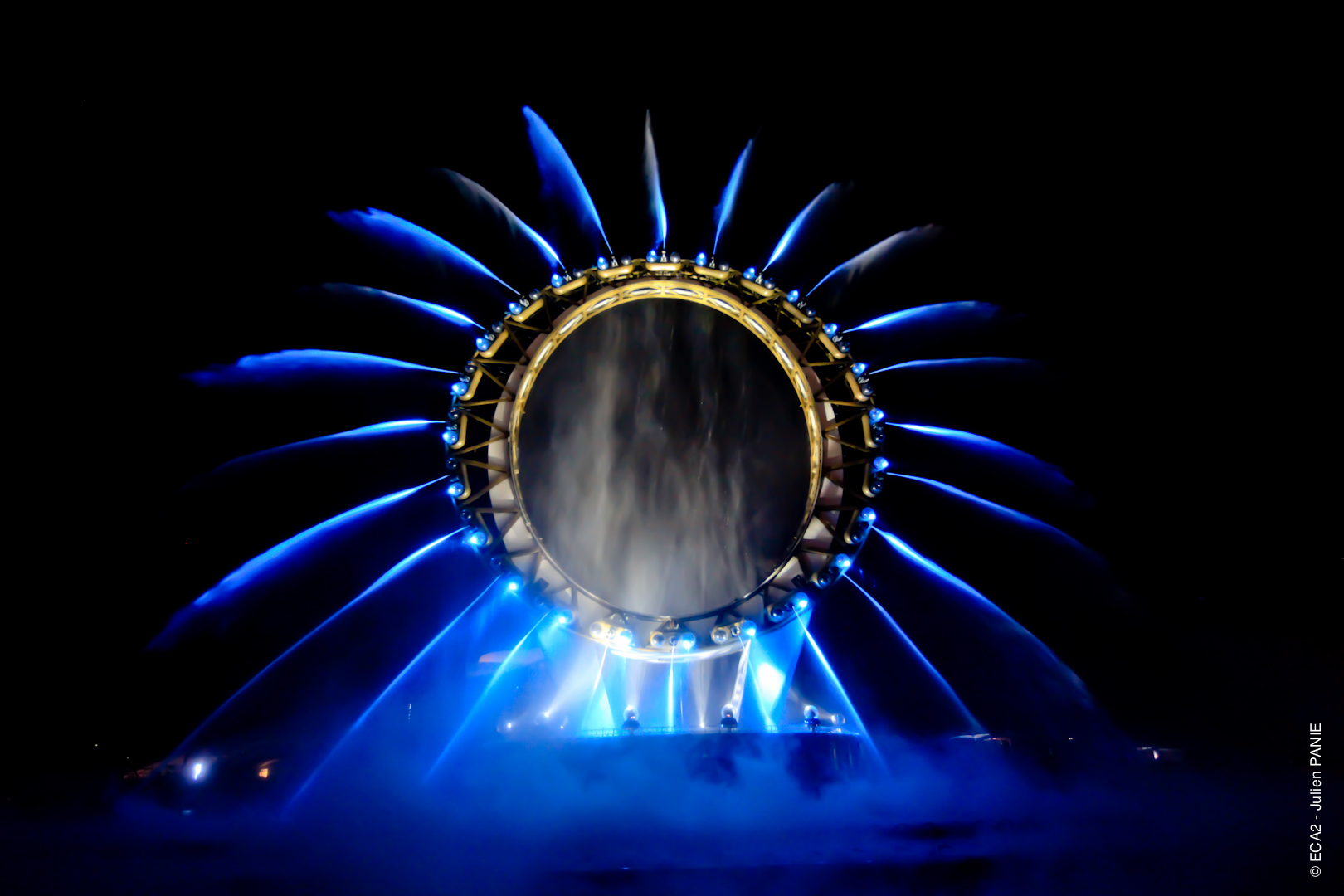 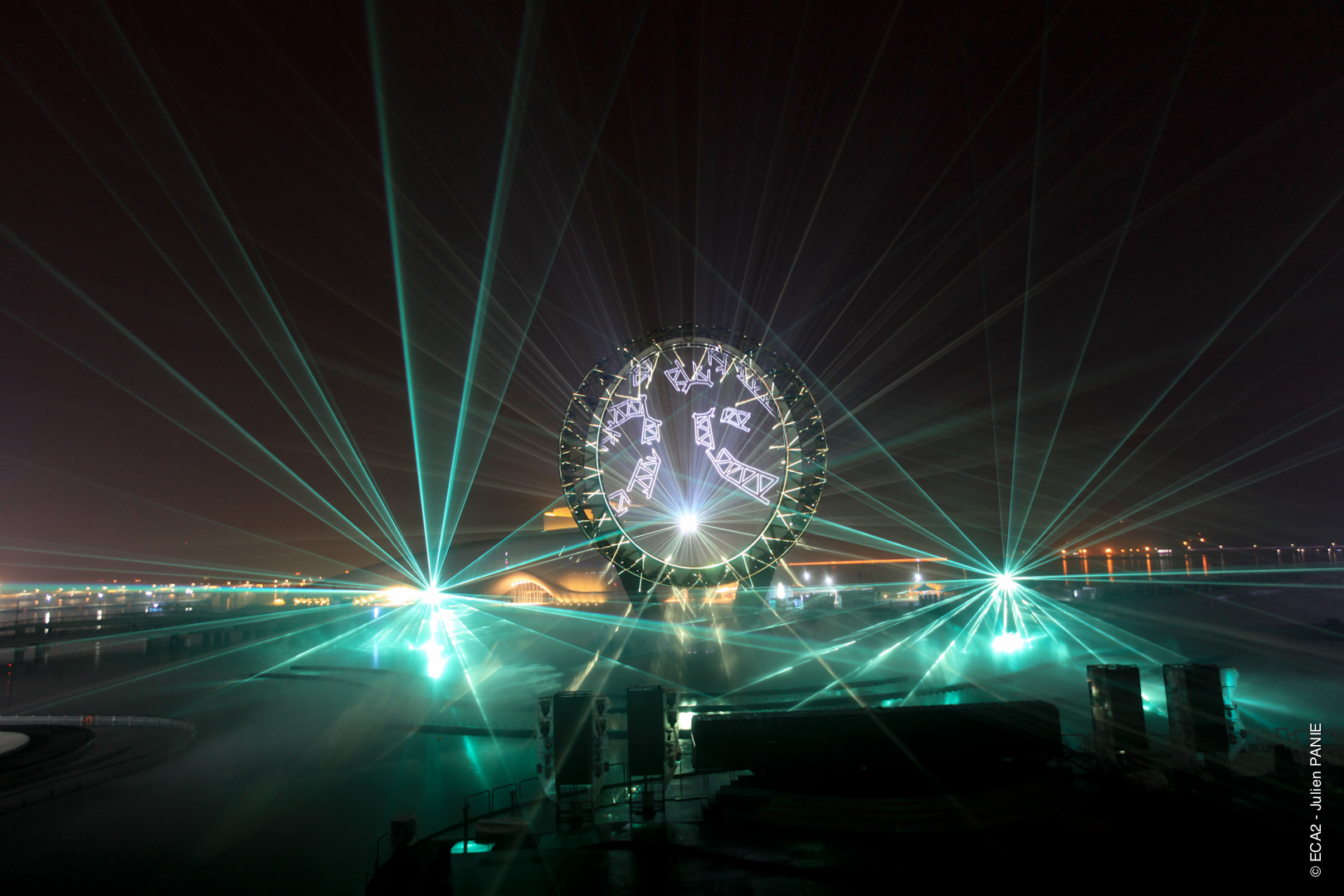 BIG-O is one of the latest breathtaking multimedia installations of its kind in the world. Using world-class technology and breakthrough technical infrastructure, BIG-O is a show that fuses cutting edge technology with show creation while complementing the surrounding sea water lagoon with a permanent iconic structure, towering over the Expo Site. This installation has clearly broken new grounds in the events industry.

BIG-O, impressively stands alone as an iconic giant sculpture gleaming under the sun during the day however it transforms into an immersive show by night that plunges the audience into the heart of a multi sensory narrative. This narrative, which acts as a metaphoric vehicle, transports the people through a visual journey with innovative, breathtaking and original multimedia effects. BIG-O has broken new grounds in show technology with new research and development conducted for the largest sea water curtain ever attempted in a multimedia show. Countless hours went into the design, testing and fabrication of the new pressurized water nozzles and custom made housings and show technical structures, that gave the ECA2 engineers the ability to use various existing show elements like lighting, flames, lasers, video projections and incorporate them on to a fixed structure, in a way never seen or attempted before anywhere in the world.

BIG-O is a customized event with the guest experience in mind from the first day the design process was initiated on the drawing board. Both the technical and creative concepts have had the elements of innovation and creativity heavily incorporated from the early stages of the production creation process and inducted them in the core thinking of the design team. ECA2’s team designed the iconic O, as a mysterious object that has emerged from the Ocean itself.

Certain challenges were presented to the design and engineering teams early on in the process. Direction of flames, water effects that would have to stay in tact for long lateral journeys and incorporation of onboard lighting with sensitive computer circuitry, pushed the engineers to invent solutions which have now remained as legacy in the events industry.
Furthermore, ECA2’s special effects experts pushed the envelope of innovation by taking existing multimedia technologies and using them in a new and unique way, which created new interesting effects for the audience. Downwards flame projectors and water jets towards the audience were able to give the viewer new reactions to this nighttime spectacular.

The 41 meter high landmark, has been directly associated with the Yeosu city and is currently rated as the number one attraction or show to visit. With an impressive attendance of over 100,000 people weekly during the Expo, the government of Yeosu has requested that the show now operates twice daily, due to the great feedback received by the viewers. The show is still daily played in 2016...