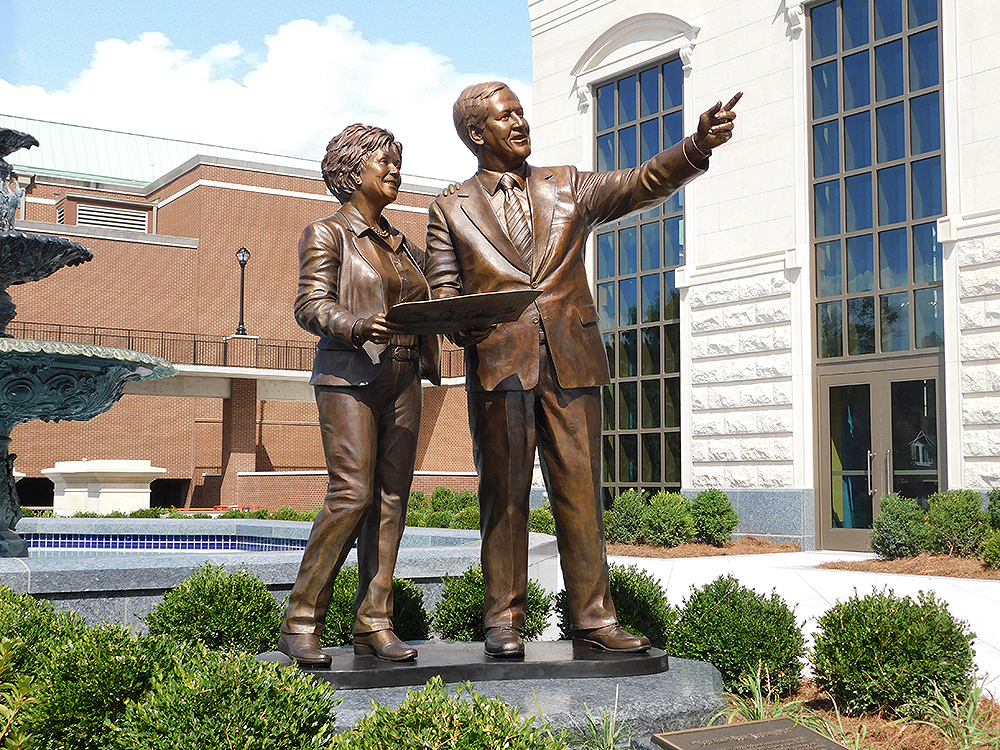 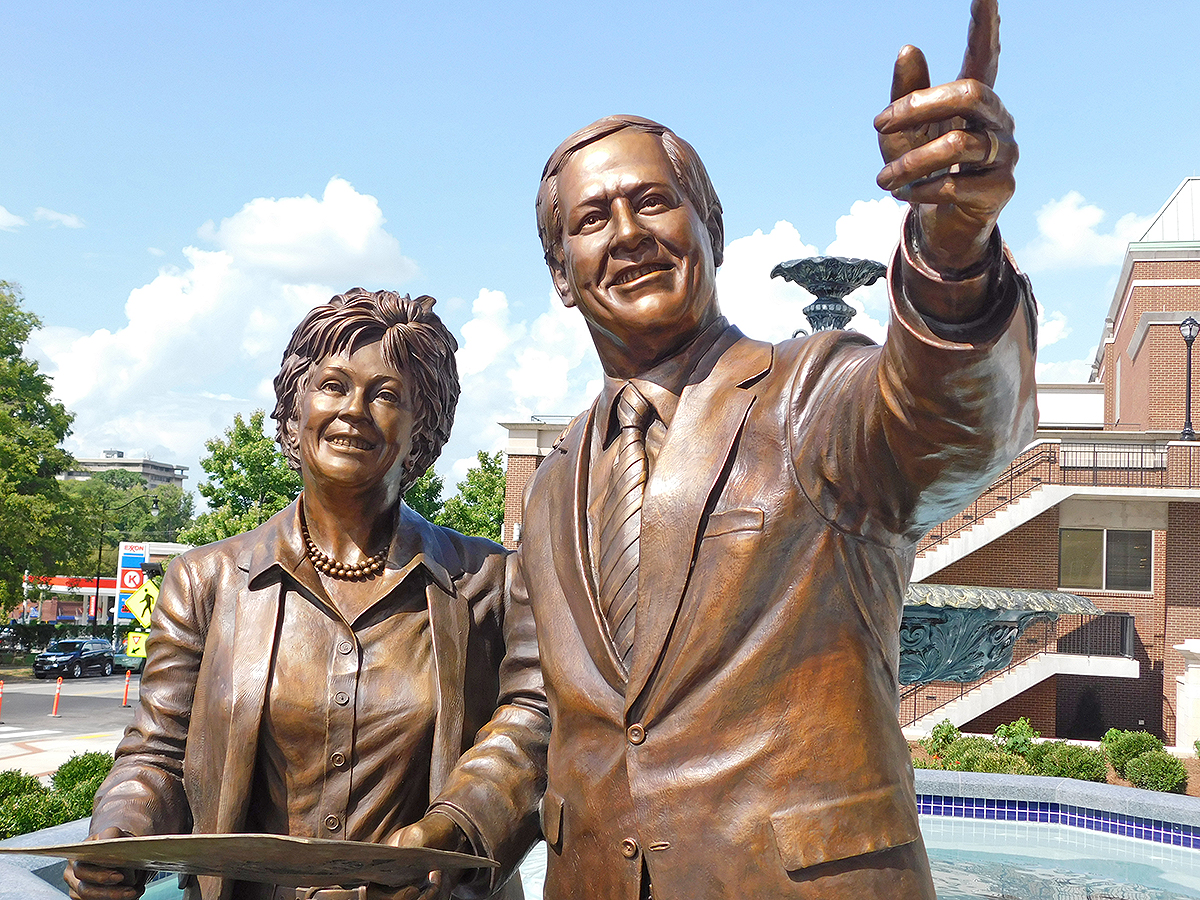 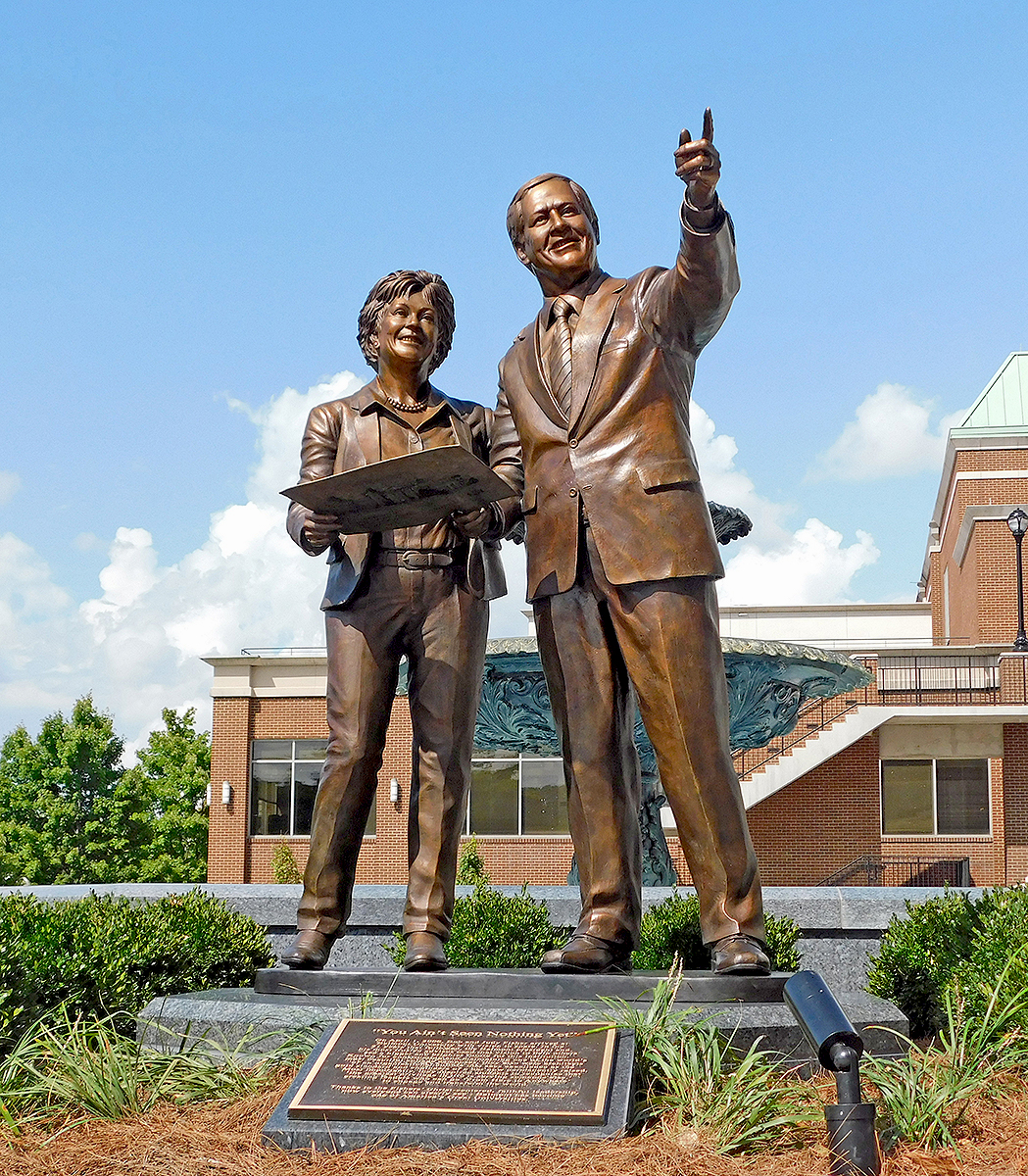 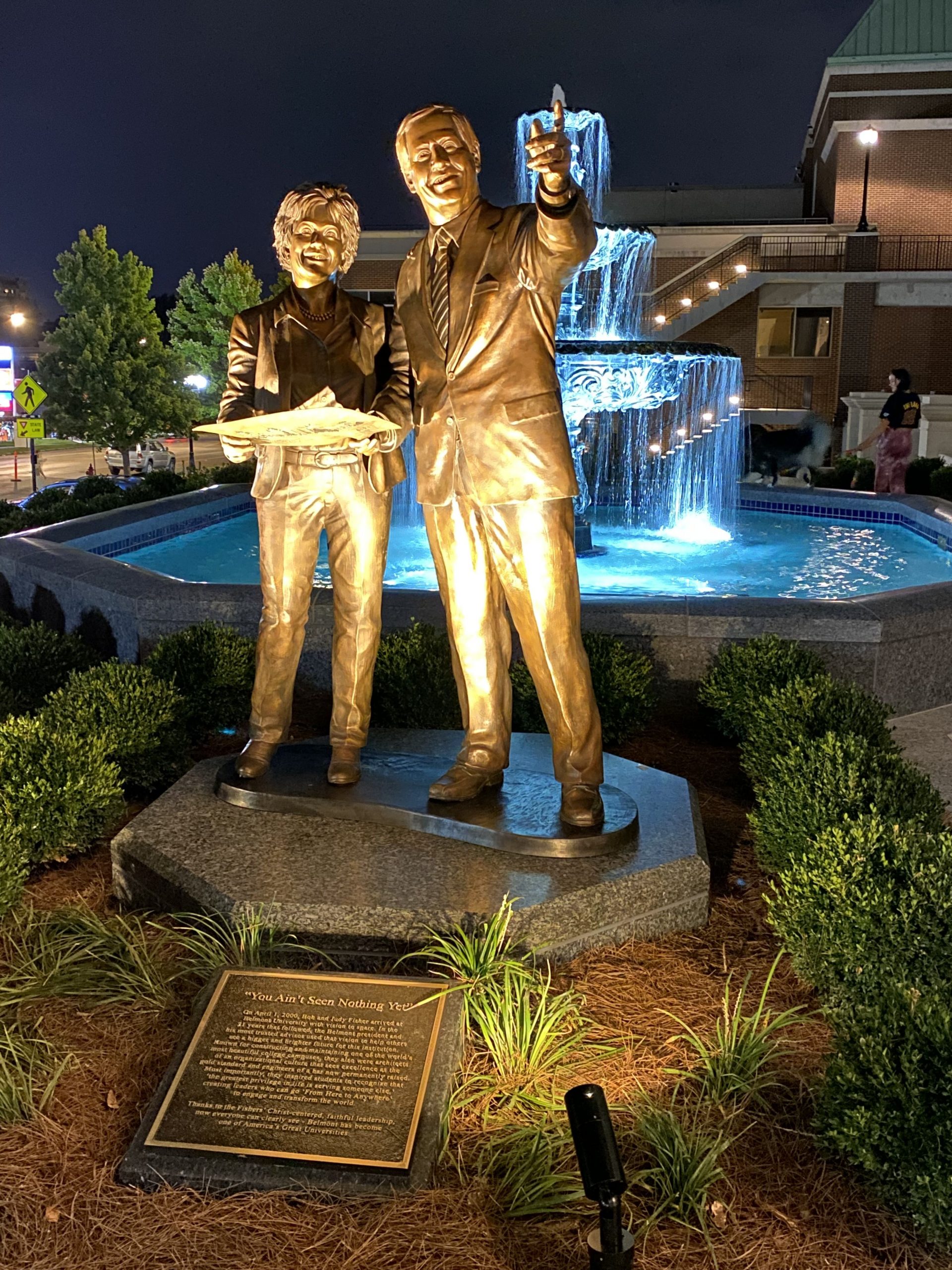 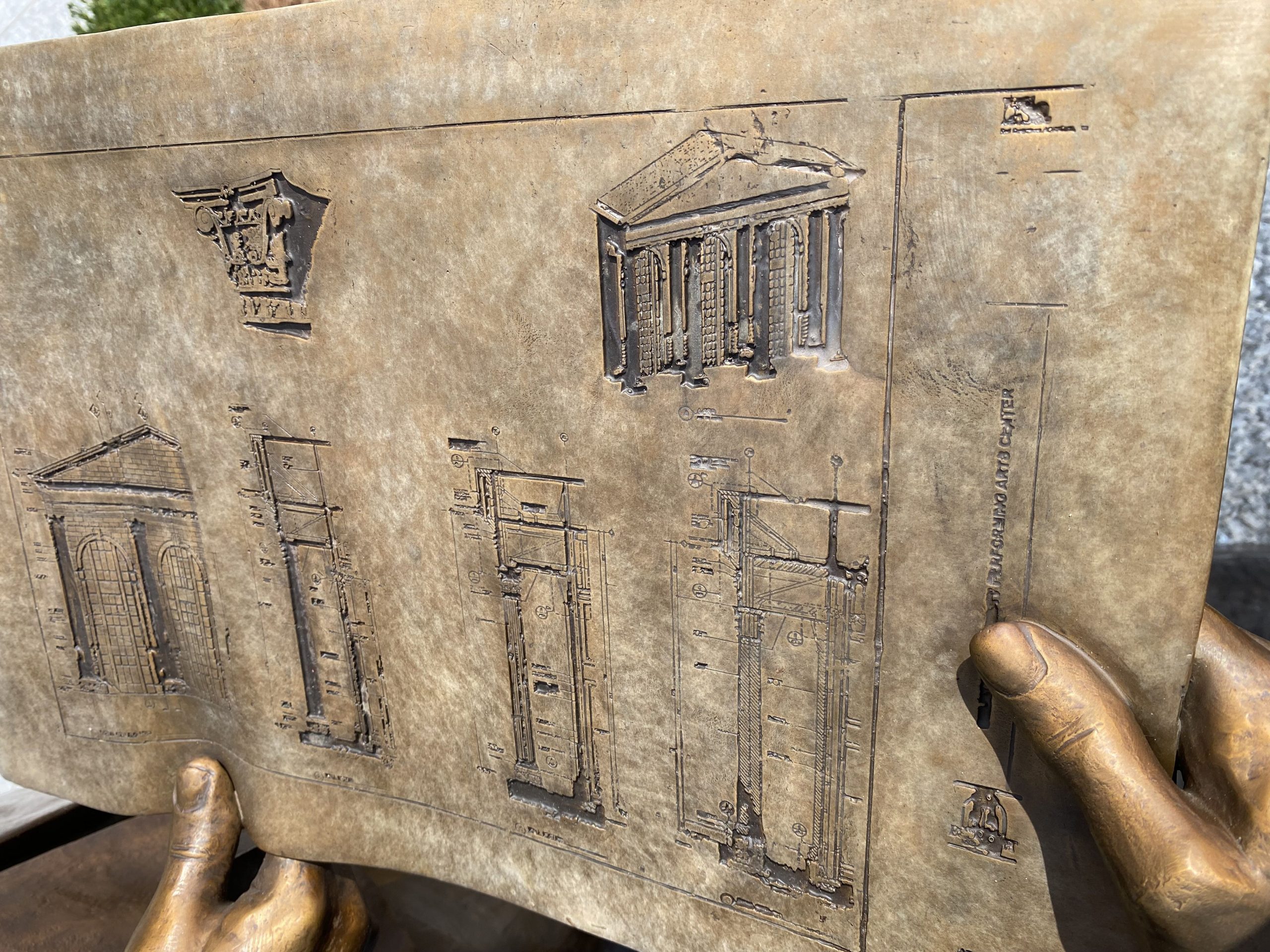 The new performing arts center at Belmont University was to be world class. ESA architects designed a Performing arts center inspired by the classical European theater. The building is named after the president of Belmont Dr. Fisher. The objective was to create a sculpture of the Fishers, Bob and Judy holding blue prints and pointing toward the building that they inspired. when people would ask who were the Fishers there presents in the plaza would endure.

The sculpture was not to be seen by anyone until the unveiling of the building. I collected photos of the Fishers working with the staff photographer and the vice president of Belmont along with the Fishers close friends to capture a likeness in stature and portraits. I visited the building while under construction to get a sense of there relationship to the building. The architect and I found an appropriate place to set the sculpture that would enhance the plaza and welcome visitors by keeping the pedestal low.