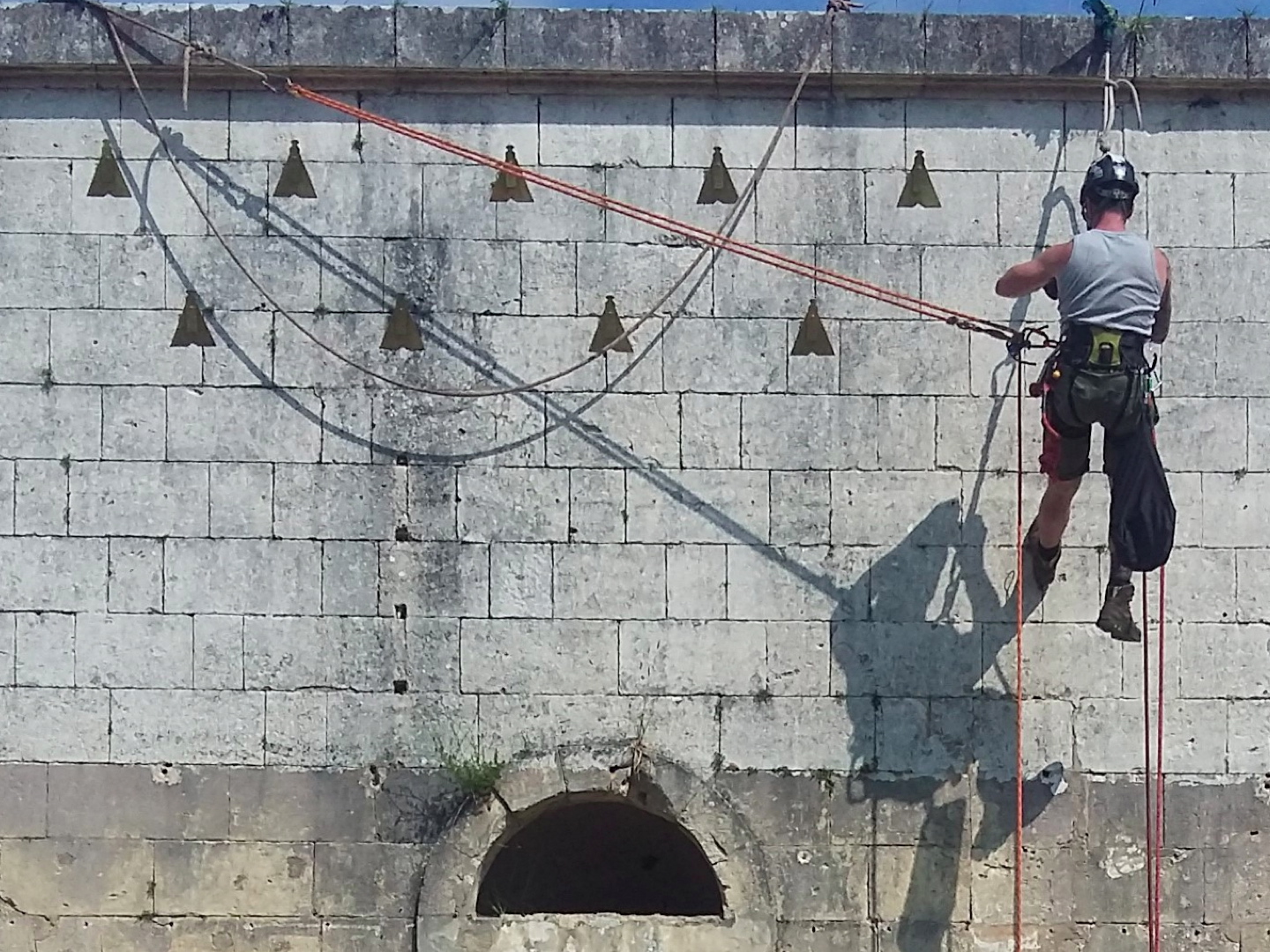 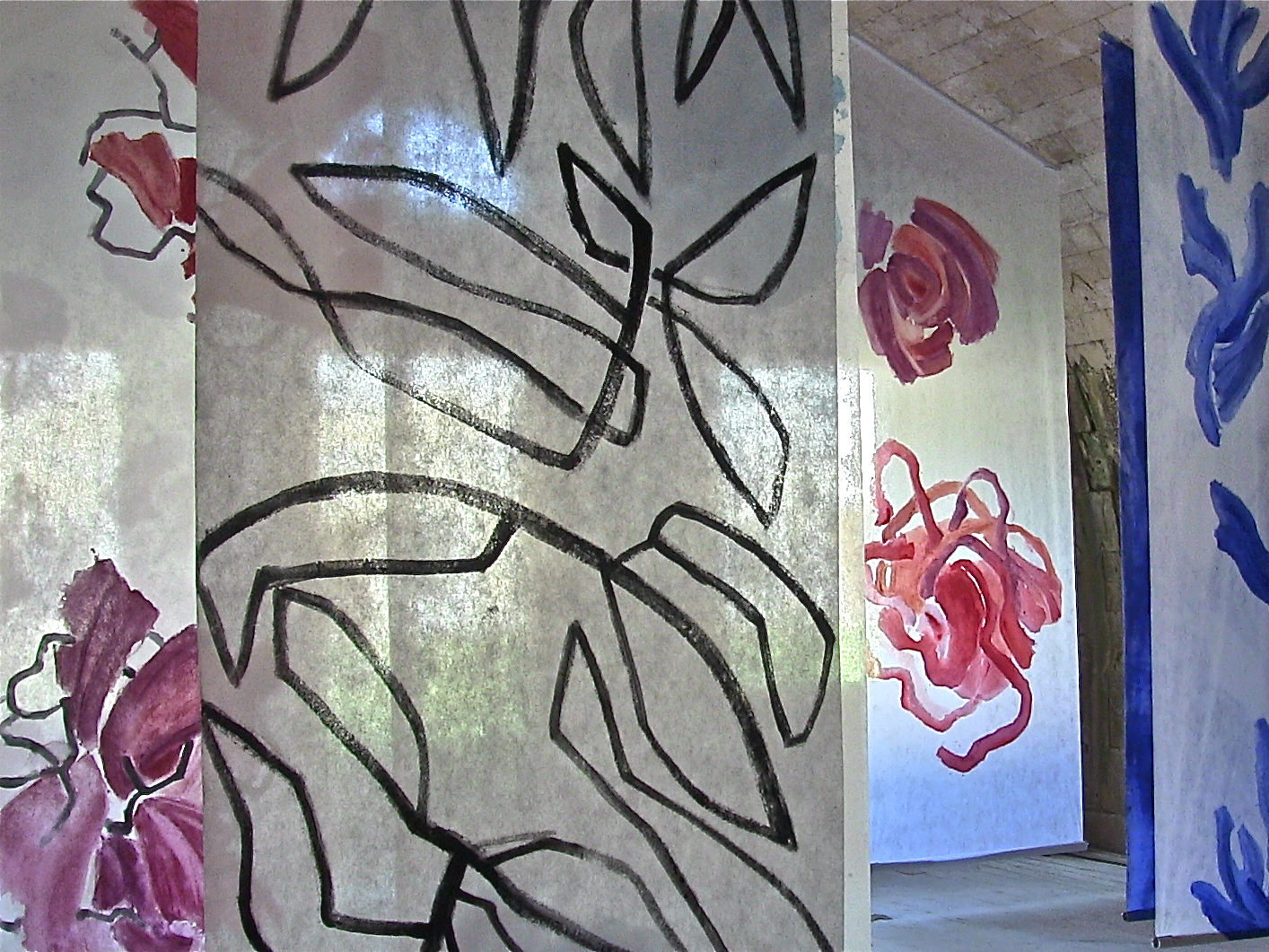 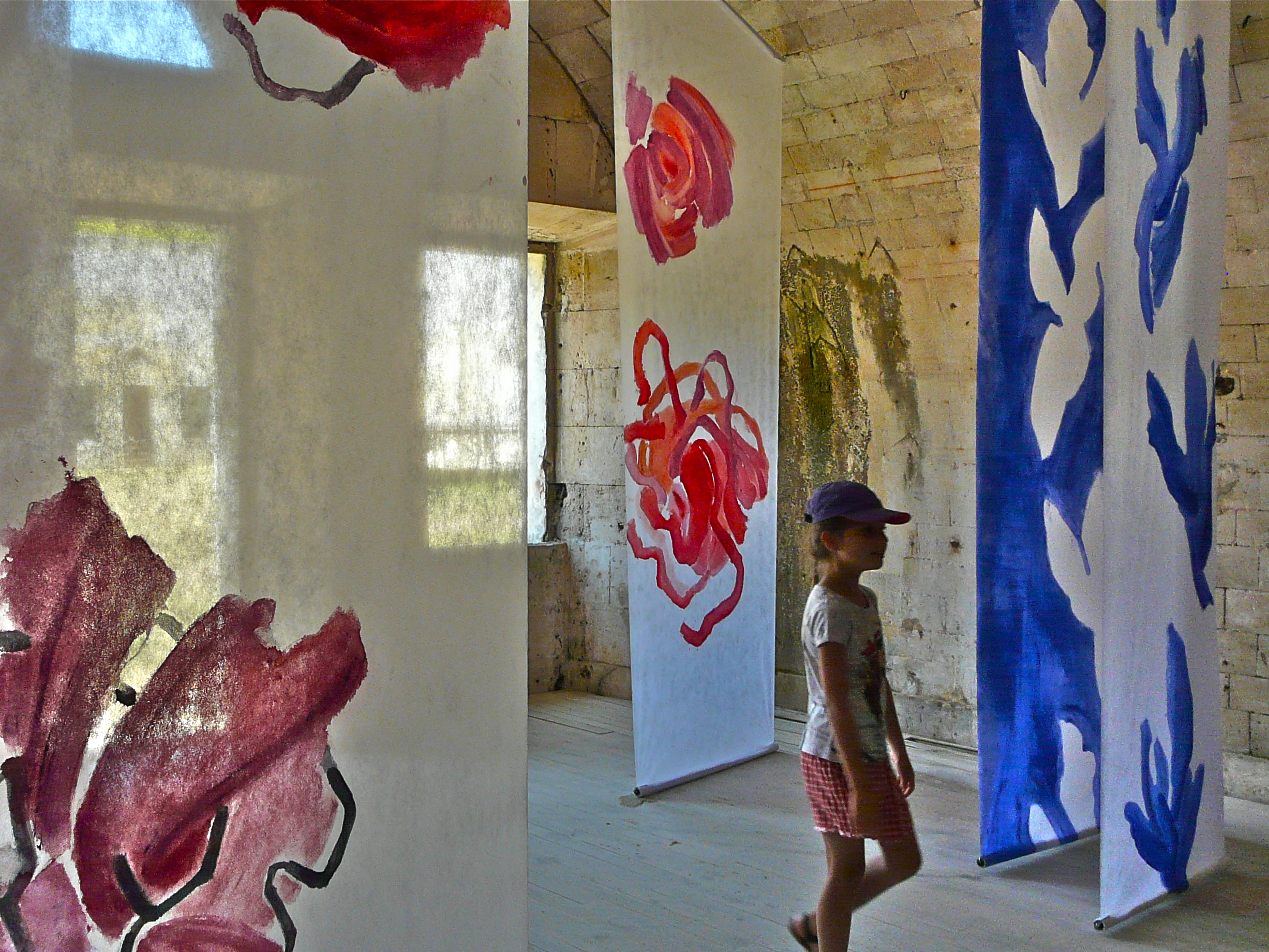 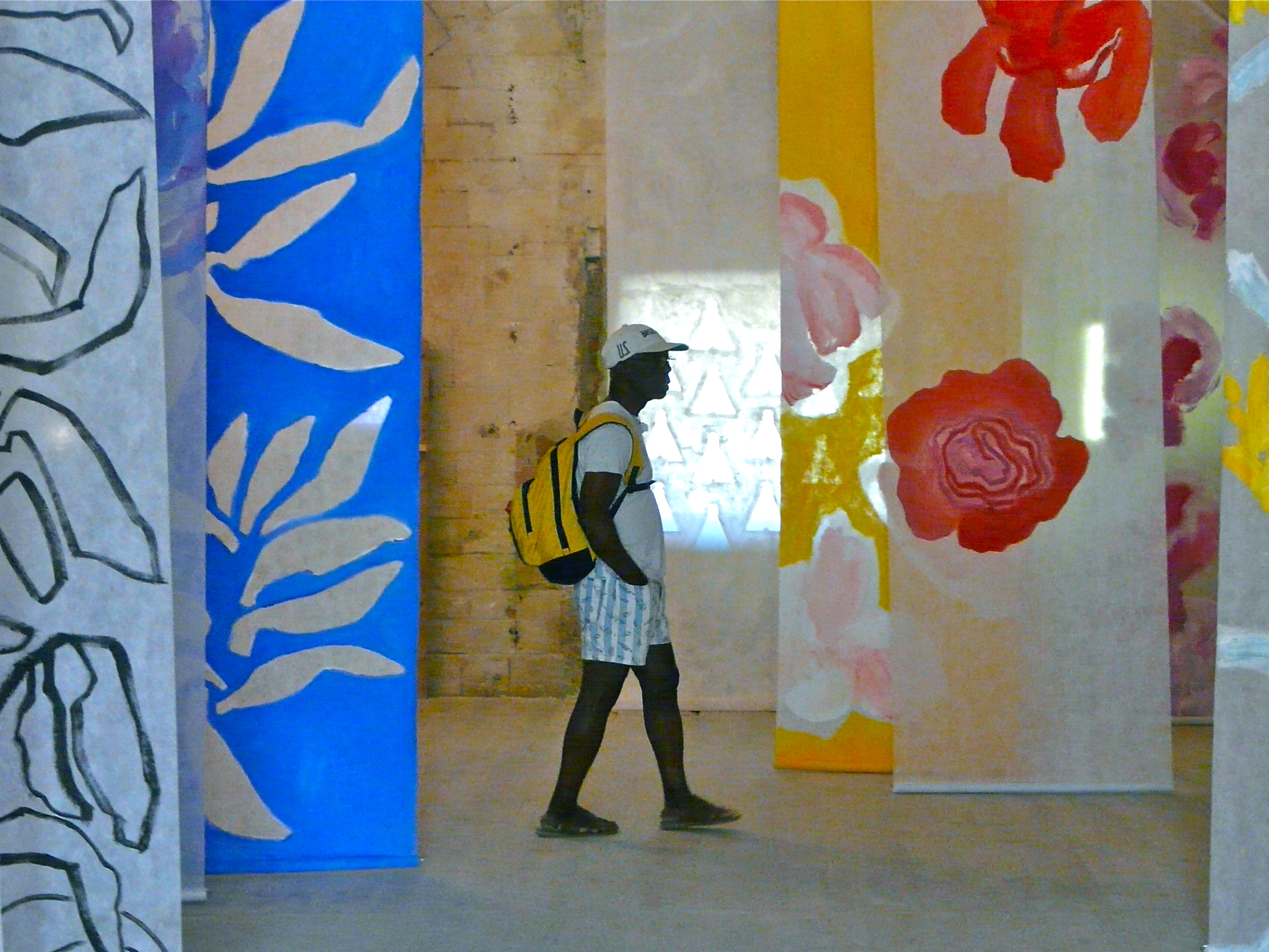 Outside a weft of bees (Napoleon symbol) spread on the facade.
Inside, the garden is a walk in rhythms and colors. The transparency of cloths plays with the lights against the light ; the perception of the floating paintings changes according to the orientation of the walking in.

Immortality and Resurrection. Two centuries ago the symbolism of bees powerfully captured the ambitions of Napoleonic imperialism.
Citadel and ramparts. The Île d’Aix was exclusively a military zone and testing ground for artillery.
It was badly targeted.
The imperial project died prematurely.
The Île became a garden poised over the ocean.
From this happily ironic twist of history in despite of human ambitions were born these two installations. In the rough architecture of the fort, on the austere facade of the court, a weft of bees spreads in minimalist brocades. Behind the facade a vault still marked with messages engraved by former prisoners becomes a garden; its enchanting colors conjur up the doleful memories of the place and celebrate the island’s beauty.

Those two installations are a three months exhibition in an historic site commissioned by the official bodies of the region (the city hall of the Ile d'Aix, The Conservatoire du littoral…).