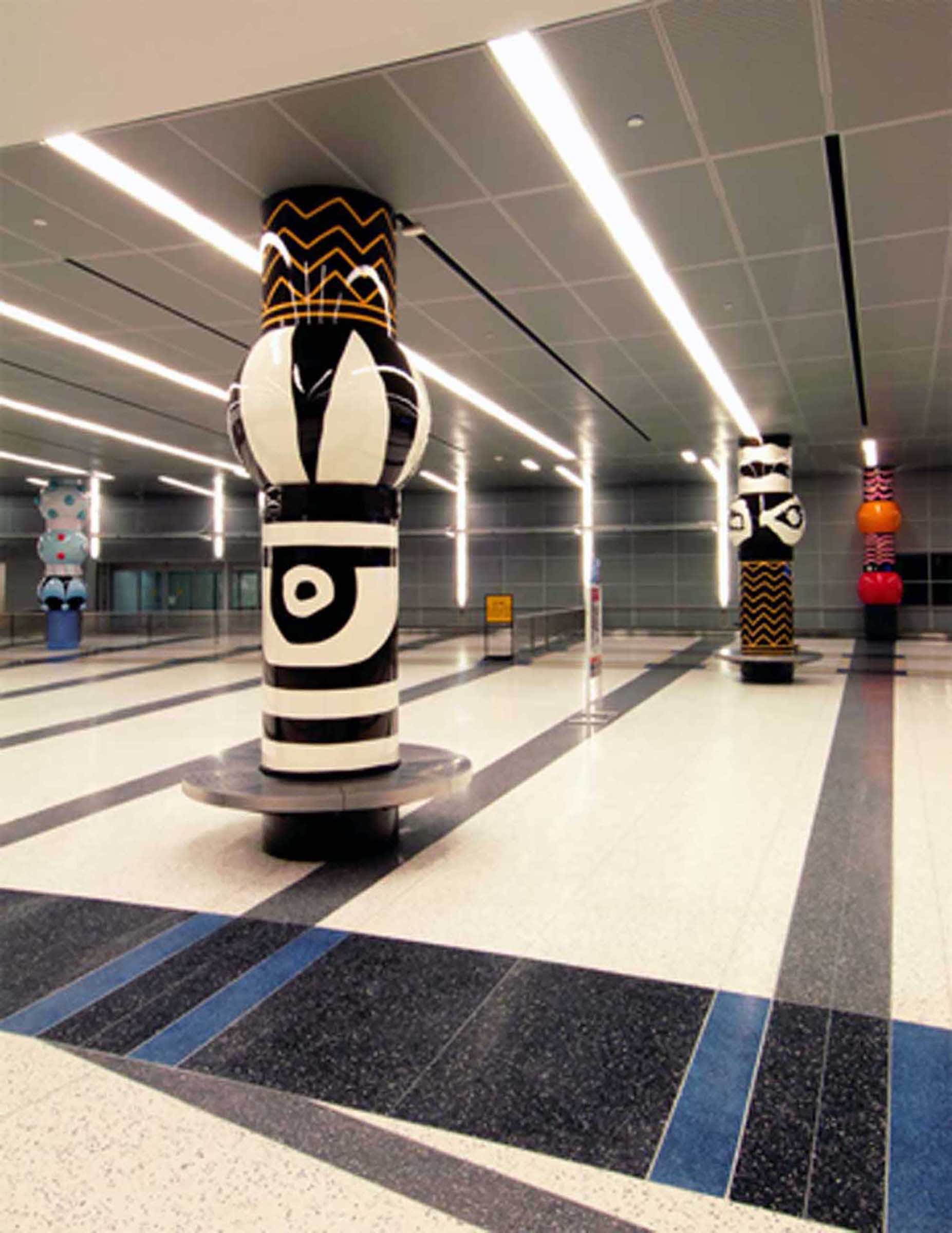 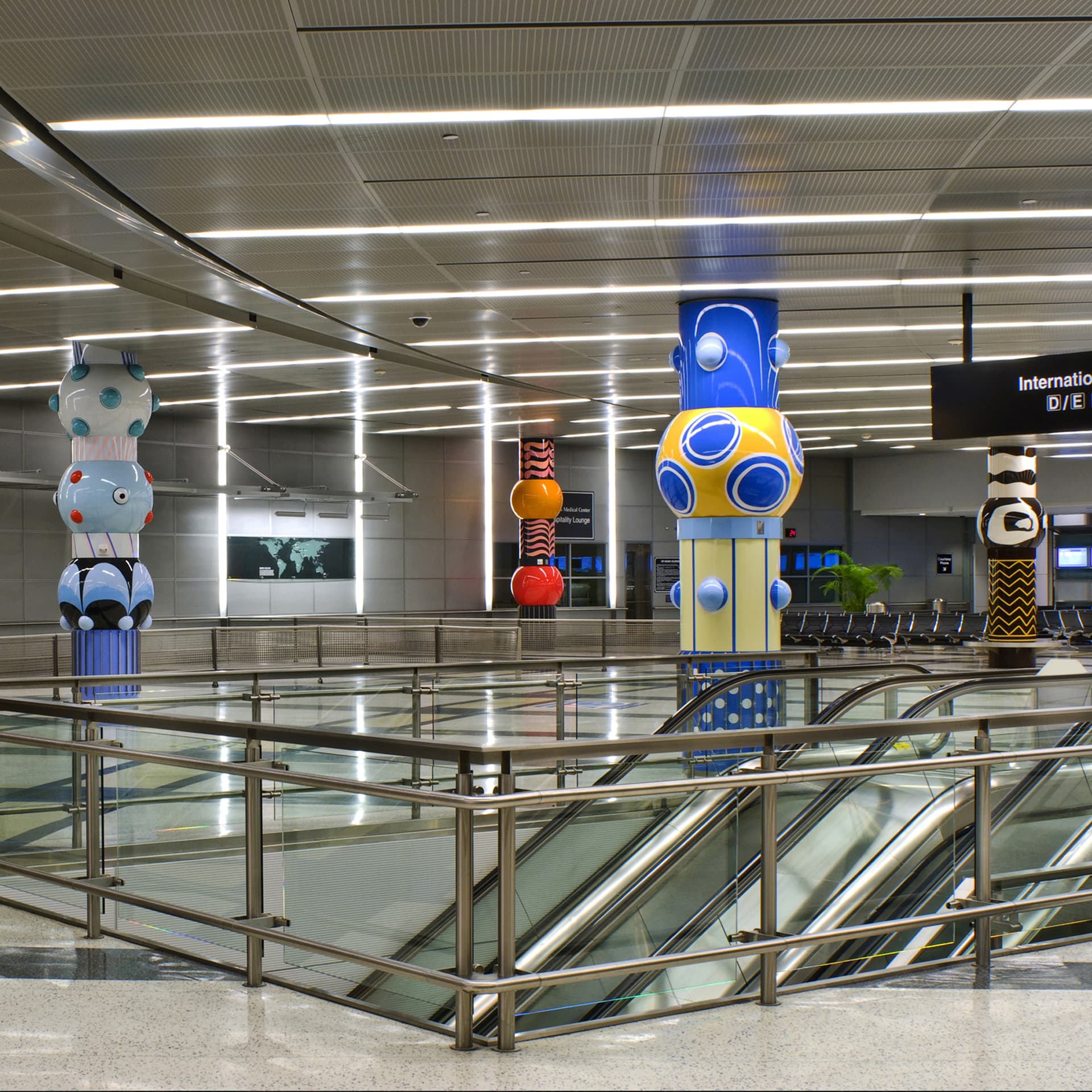 Beads focused on the columns in the Meeter-Greeter lobby of the Houston airport which became colorful focal points within the radial design of the space. As Houston is a community built around diversity, beads became an appropriate icon for the Meeter-Greeter area of the airport where travelers from around the world enter the city.

The architects had worked to create a space that was radial in its layout with a grand sense of symmetry. However, during the design process it became necessary that the structural columns supporting the baggage system needed to be placed in ways that disrupted the spaces symmetry. By working with these columns we were able to greatly mitigate this situation and bring back integrity to the design of the space.

We listened carefully to the architects' perception of the space, and worked closely with the Houston Arts Alliance and the Houston Airport system to make certain the project was a success.