Beacon of the Sentinels - CODAworx 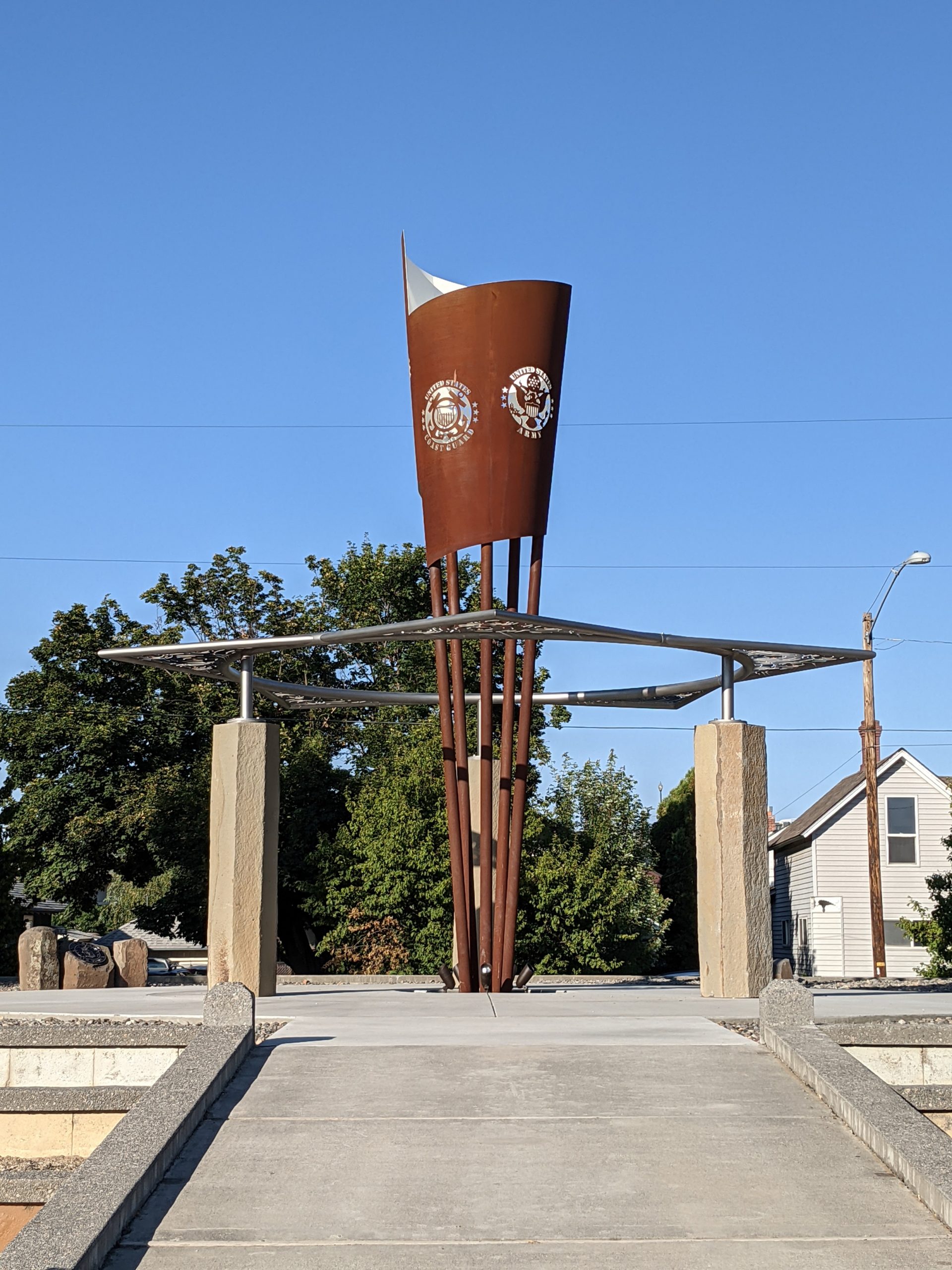 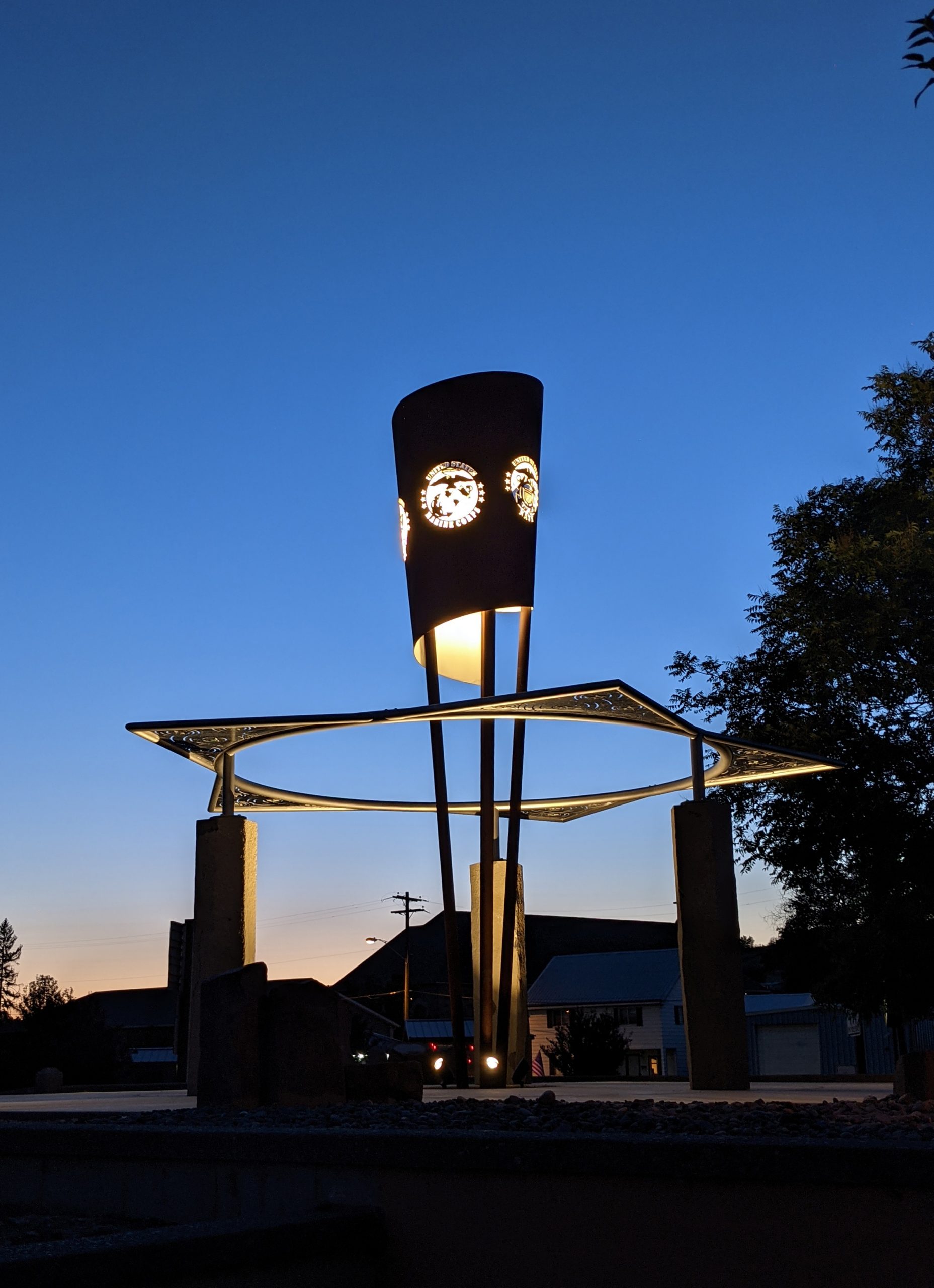 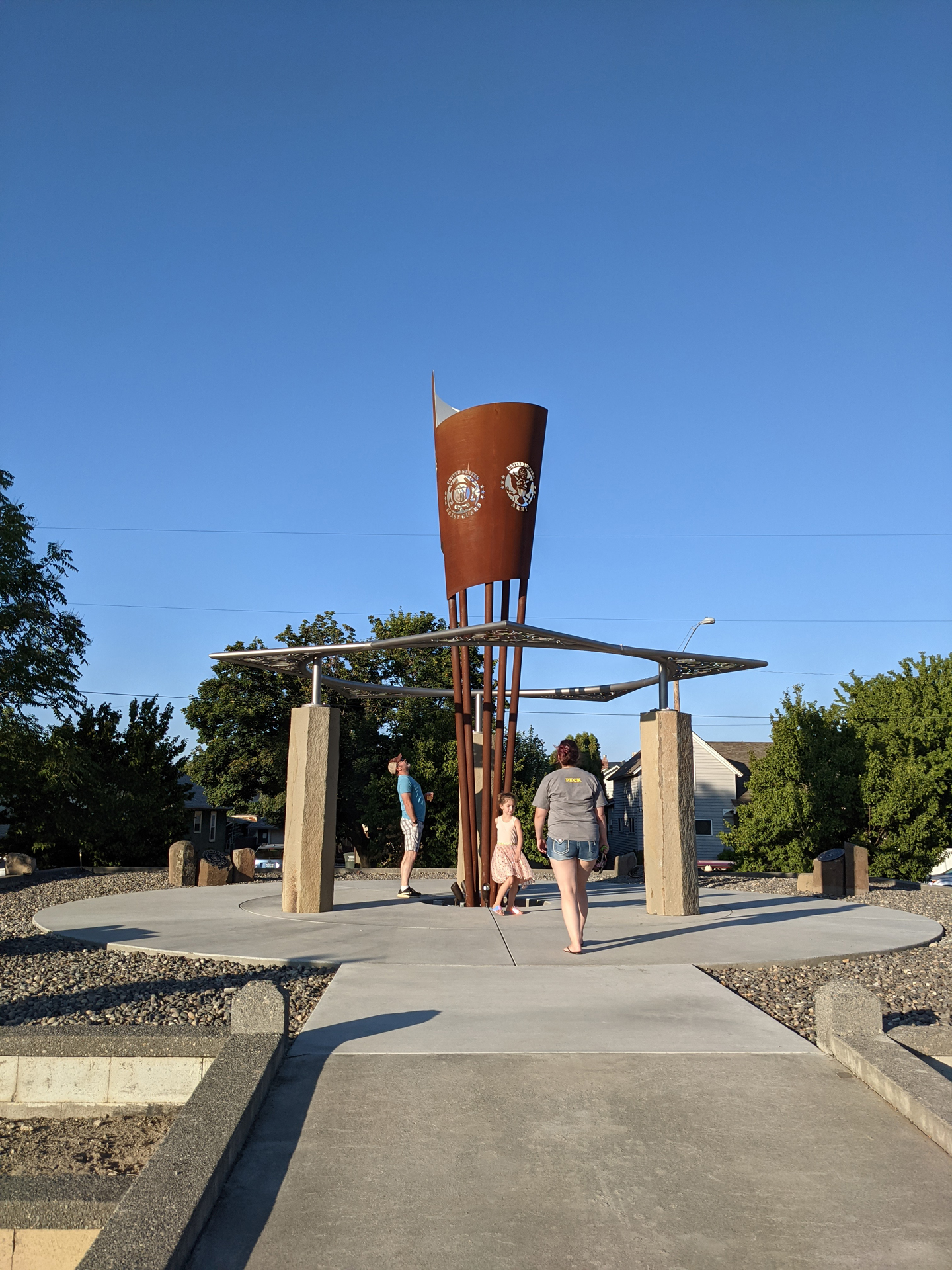 Client: The City of Pendleton and the Let-er Buck Post of the VFW, Pendleton

My intent for the Military Tribute in Pendleton is to honor the fact that our five military branches are proudly keeping watch over our nation. The beacon, or torch, has been used as a symbol of freedom since our nation’s founding. My goal was to continue this tradition by creating a contemporary installation that features a beacon that represents the five branches of the military. The modernist beacon shines its protective light up, threw, and overtop of, a star shaped pergola. The pergola is meant to represent our nation. Using a contemporary and timeless format, my desire was to both convey a symbol of strength, and of protection. The design also creates a secondary level of interest of light, shadow and color, once the visitor enters the space that is created beneath the star.
The composition is designed to offer a striking first impression from afar. The military beacon will draw the viewer to the site. The design is also meant to add to the visitor’s experience by creating a secondary level of interest. When one enters the space that the canopy creates, they will find themselves bathed in a magical setting that consists of shadow and color.

The city of Pendleton was wanting to refurbish a plaza that hadn't been used in years. The public art element was to turn the unused site into a tribute to honor the five branches of the U.S. Military. My goal was to create a work of art that did just that.

I typically act as lead artist and designer of the works. Once the commission is secured, I act as project manager. I work closely with my graphic designer to create renderings and cut files, then I work with various fabricators to create, and to install the works.

It was an honor to work with the men and women of Pendleton. Their passion for the project was infectious, and it is my hope that it came through on the execution of the work.