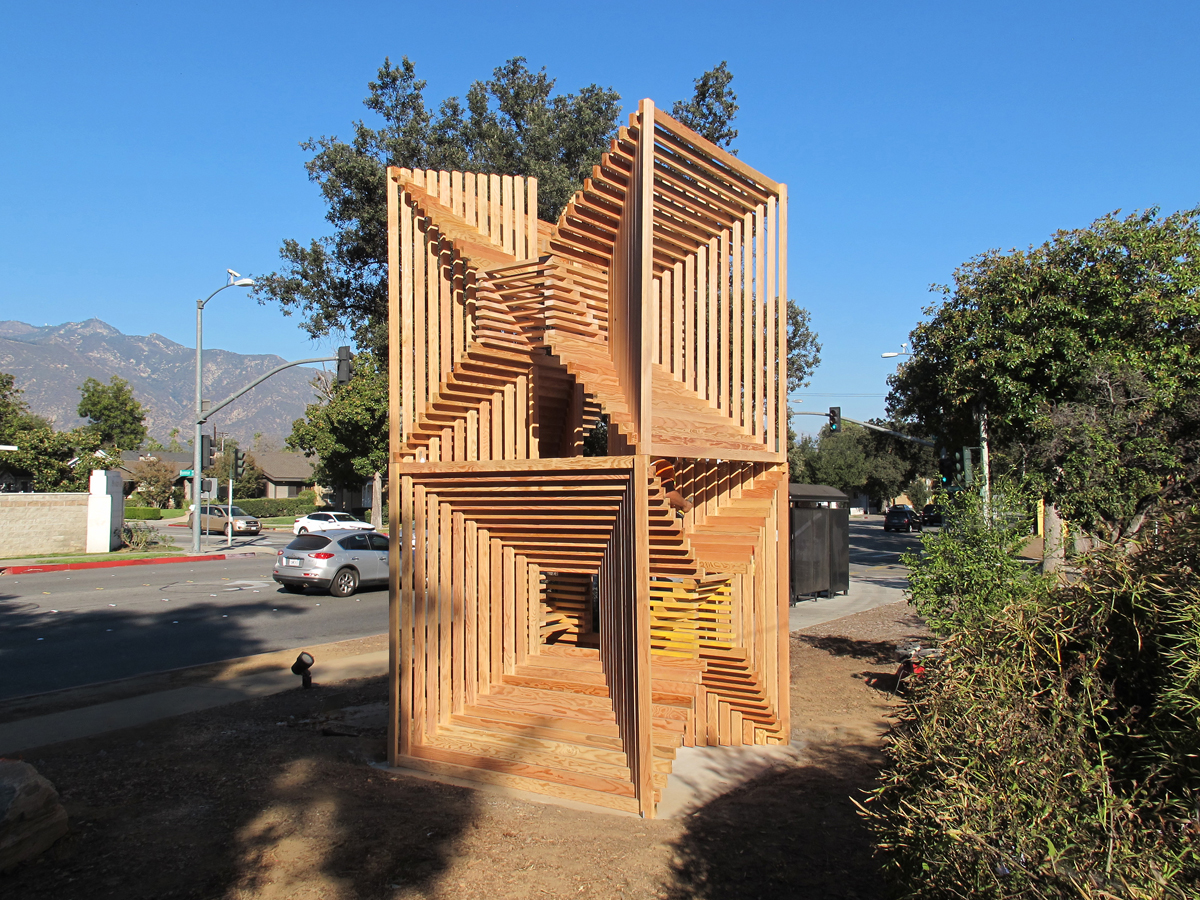 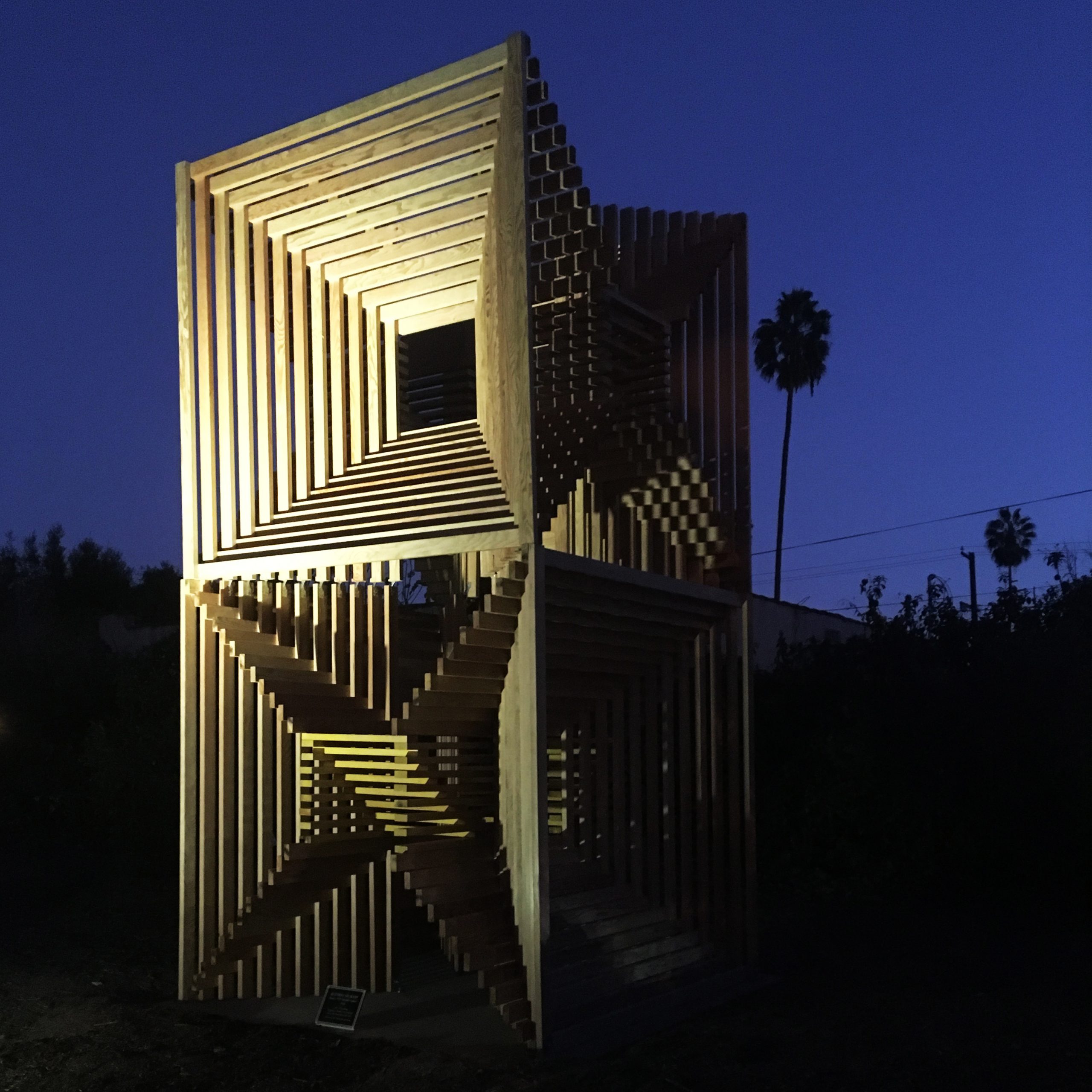 “Basics #25” is part of an ongoing series of public interventions under the title “Basics”, exploring an abstracted notion of form, space and utility in public sculpture. The work wants to be experienced both as an abstract sculptural gesture in dialogue with its environment and as a usable and interactive spatial installation in the public realm. Initially conceived as part of a larger museum installation at the National Museum of Contemporary Art in Bucharest, Romania, the series has since had a substantial number of iterations throughout the US.

The work was pre-assembled off site by a local collaborator, Curtis Noel, and installed in 8 pieces on site by the city of Pasadena under the direction of the artist in one day, constructed out of 2x4 construction lumber.