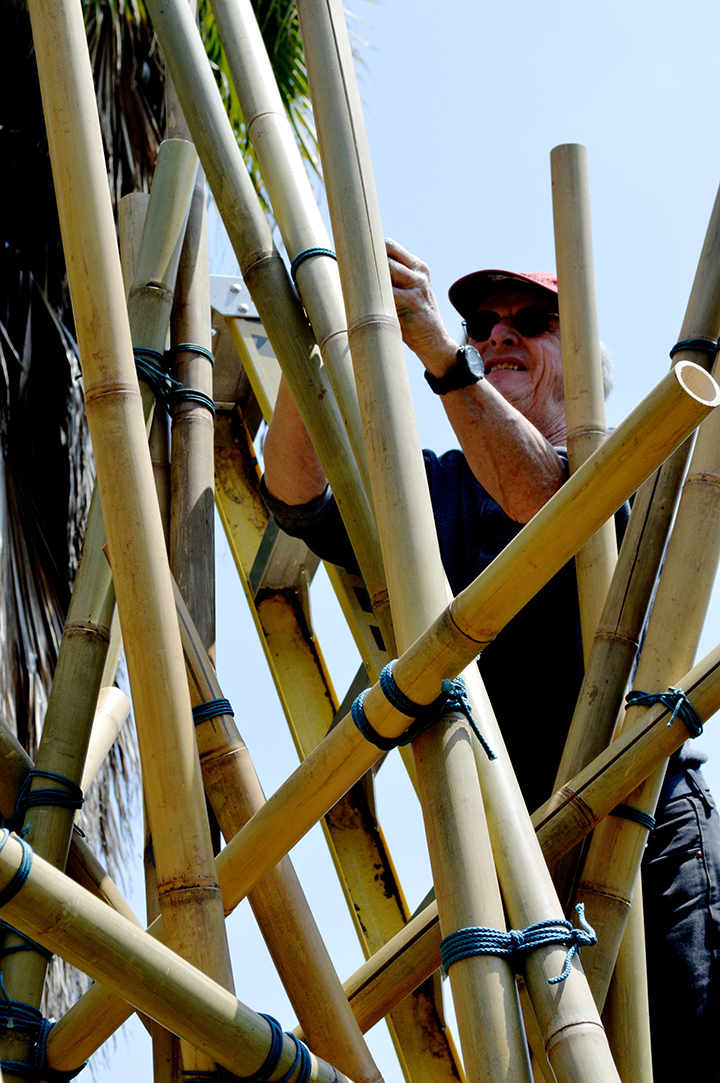 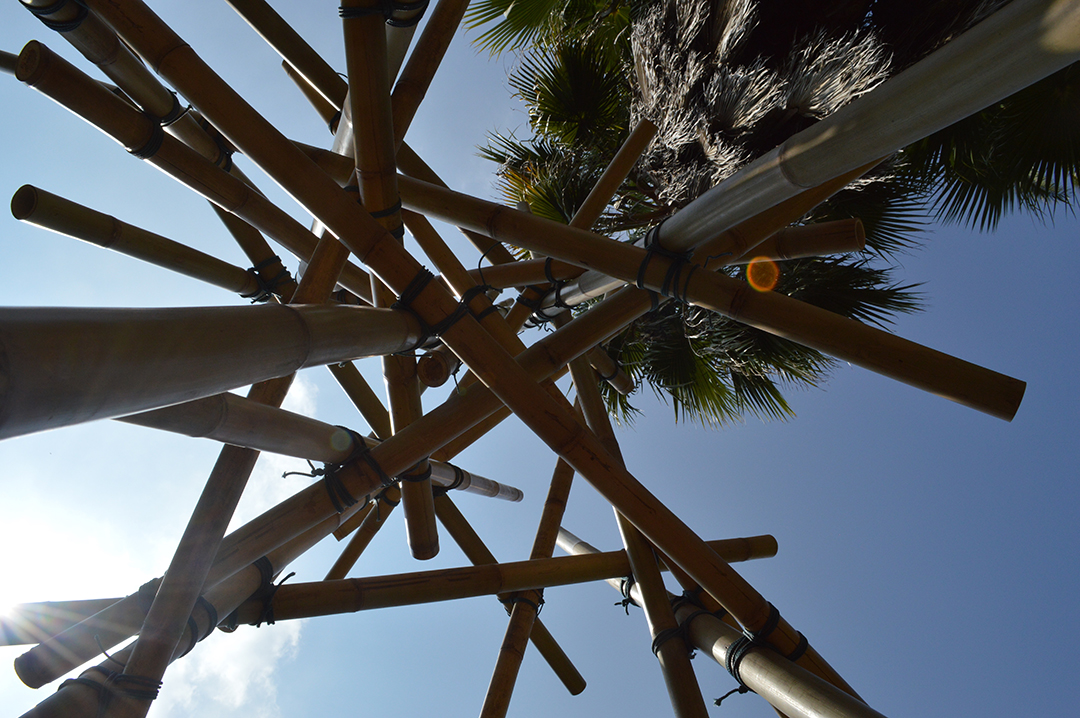 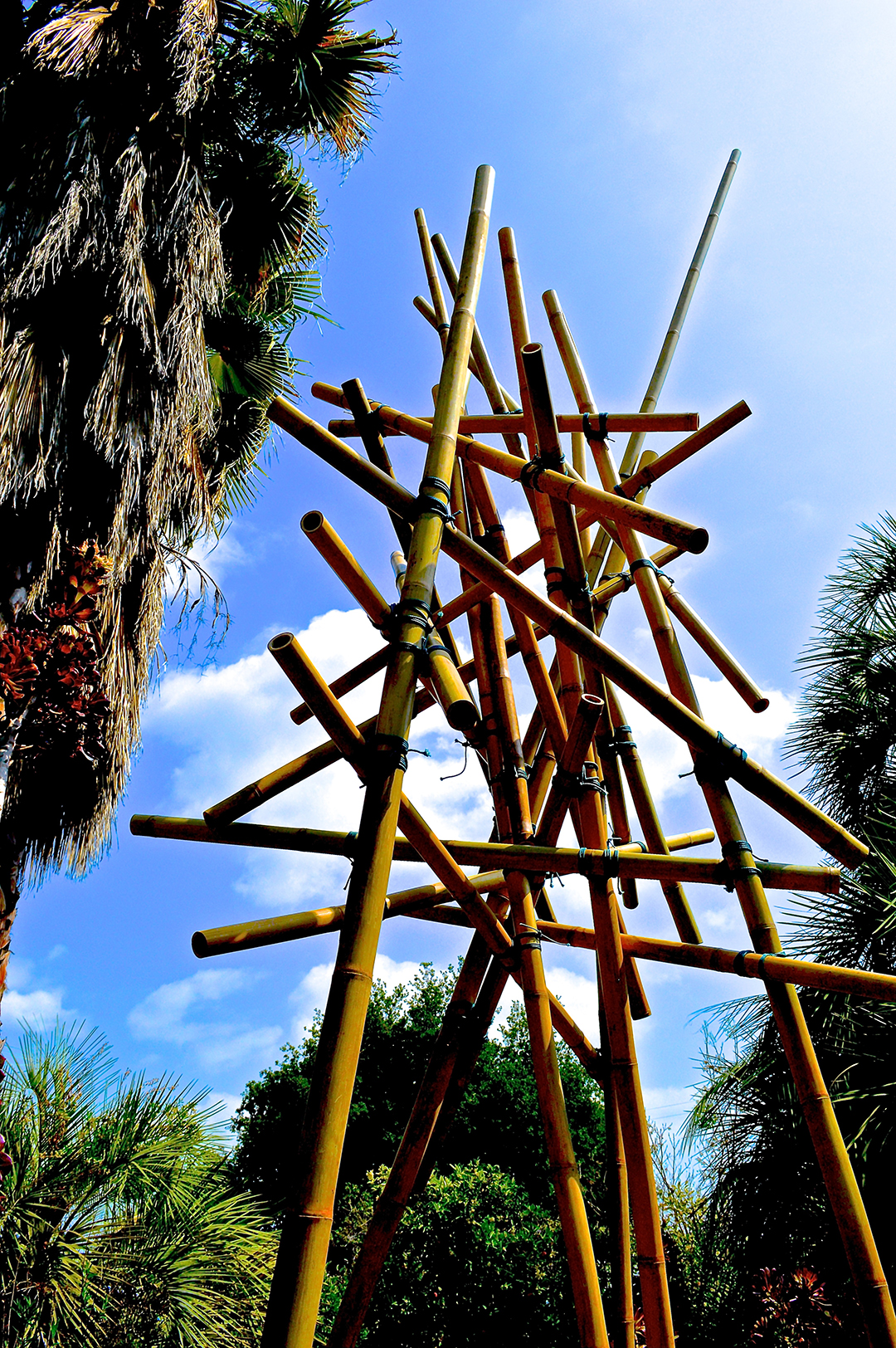 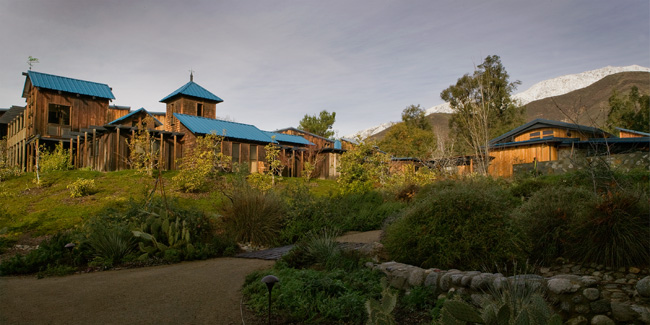 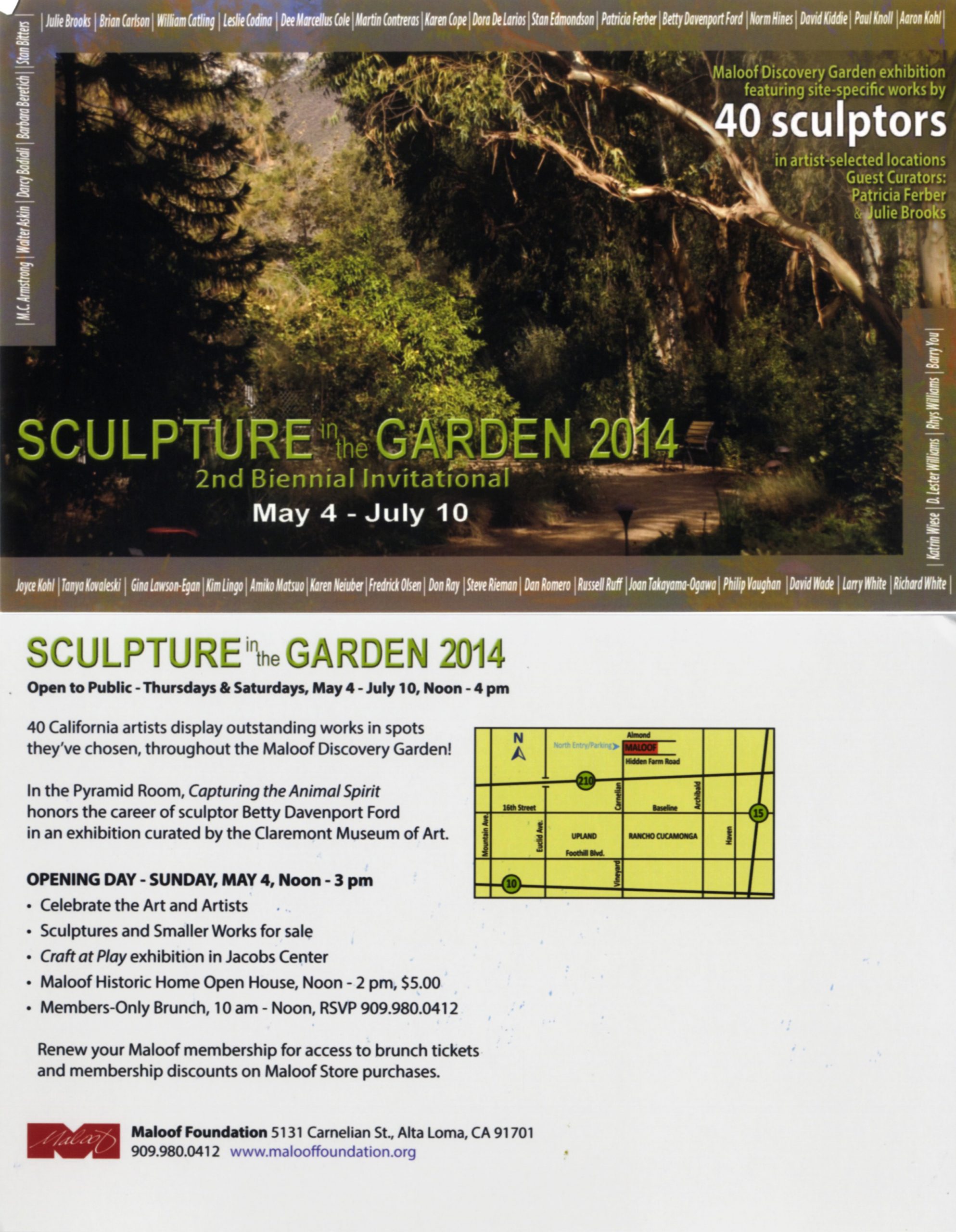 This project came out of an annual exhibition of 40 or so artists, creating work to be installed in the garden of thre Sam Maloof Foundation in Rancho Cucamonga on the eastern fringes of the LA conurbation. The work was initially on temporary display but has now been acquired by the Foundation as a permanent part of Sam Maloof's extensive house and garden artwork collection.

My goal was to create something that would become an integral part of the garden, in the same way that Sam Maloof's sculptural furniture harkens to forms of life itself. I chose bamboo as the material because it is a plant and because it has the amazing qualities of strength, lightness and permanence. I have been drawn to this material over the years primarily as a result of observing the amazing scaffolding to be found on construction sites in Asia and in China especially. I have always admired the geometric inventions of Buckminster Fuller and his approach to lightweight structures. Bamboo is a great medium for a similar approach.

I was initially approached by Patricia Ferber and Julie Brooks, the curators of this project. I had not known very much about Sam Maloof at the time and had not realized that he had worked all his life here in the Los Angeles area. When I did discover the extent of his fabulous work and saw his large collection of art by contemporary painters and sculptors, I was really taken with the place and the idea of creating something for these gardens. The Foundation has managed to beautifully preserve his work and the environment in which he lived and worked and to maintain a still functioning workshop that creates furniture to this day from his iconic designs.

When Caltrans extended the 210 freeway east, the route sliced right through Sam Maloof's workshop complex. By that time he had become one of America's most modern famous arts and crafts furniture designers, with examples in the White house and the Smithsonian. Caltrans moved his entire studio complex a few miles away and under Sam's direction created this beautiful campus and garden complex in Rancho Cucamonga.