Back in a Moment - CODAworx 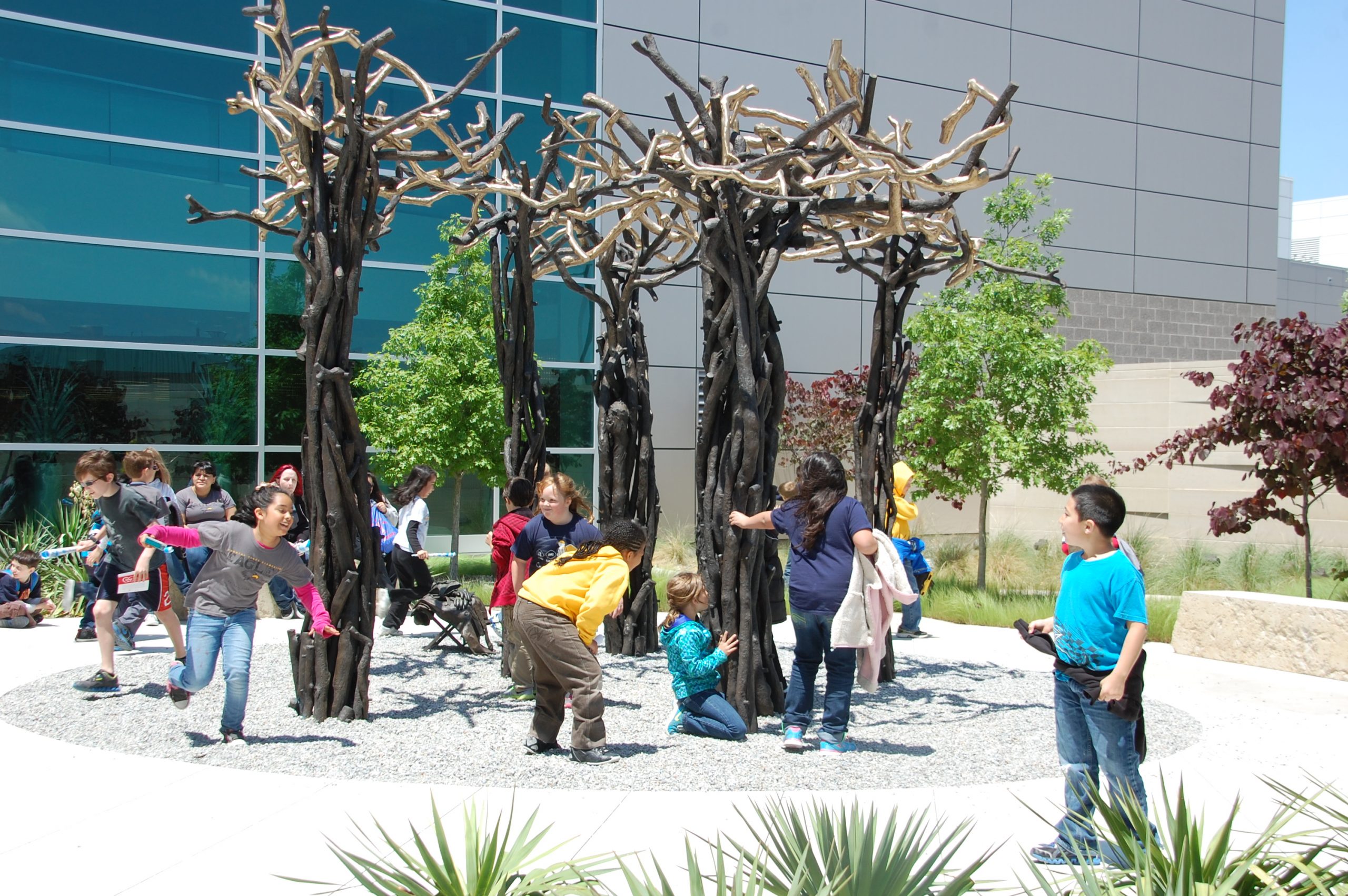 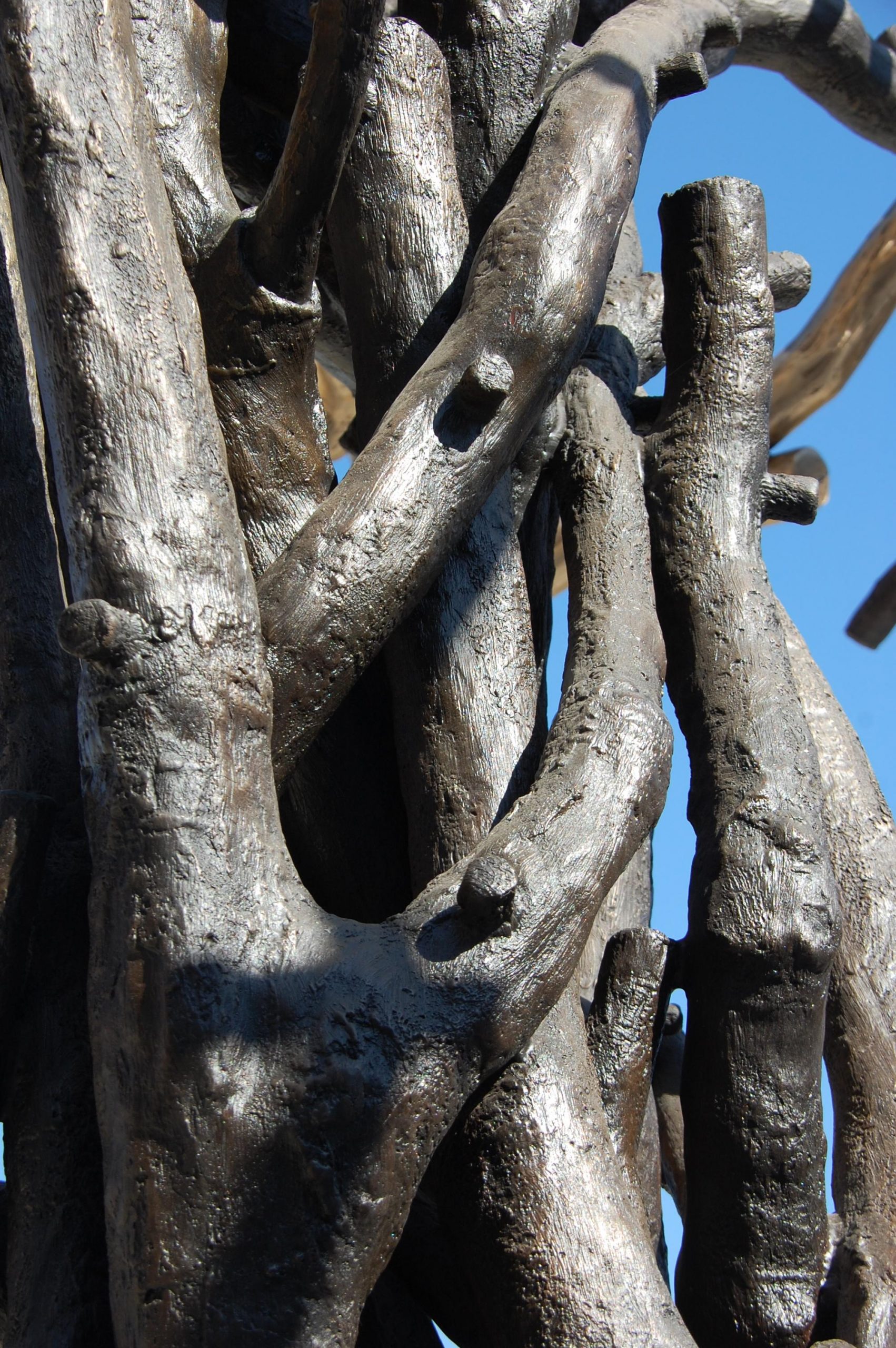 Seven cast bronze trees form the 22 foot circular interior of the garden inside the terminal. The trees vary from 8-22 inches in diameter and are 12 feet high. Within the canopy are linear swirling elements depicting clouds. At the edge of this cloud forest is an army camp stool monogrammed with the initials MLL; replicas of a WWI flight coat, helmet, goggles and gloves are draped over the stool suggesting the personal belongings of Moss Lee Love. The United States Army named the then military flying field in 1917 in honor of this First Lieutenant.

The goals for integrating this commissioned artwork were to provide a two fold experience: the "macro" being viewed as an object from afar, and the "micro" to be understood up close. Since much of the pedestrian traffic exists inside the airport, this dual experience of the piece was very important. I created a cloud forest that would occupy and exist within the garden for the day-to-day traveler; but when the viewer enters the garden, the sculpture becomes an inviting space to walk through allowing a physical interaction with the work. Upon closer inspection, the viewer may sense the presence of someone who has approached the piece and set his personal belongings down for a moment to enter the space. I was making historical reference here to the opening of Love Field in October 1917, when the Army named the airport after this fallen aviator. So like a view from the window of a plane on the world below, the piece will stand in the garden in the company of nature; yet give the human experience another level of understanding when it is time to take a moment.

This was a collaborative project between the staff of the Love Field Modernization Program and the Office of Cultural Affairs, City of Dallas Public Art Program. After I made a general application for the commission, I was short-listed and then asked to prepare a presentation for an outdoor sculpture in the terminal garden with a predetermined budget. The landscape architects and both staffs of the Public Art Program and Love Field Modernization Program had already decided that they wanted me to address the space in the center of the garden. So then I began research on the history of the airport and what I could do to provide not only a visual element for the garden but also one that would give pause for the traveler and allow some kind of interaction with the work. I put a team together of an architect, lighting designer, structural engineer, landscape facilitators and electricians (already provided), foundry and installation crews. And then the work began with many meetings with all members of my team and numerous trips to the foundry to get the work cast.

When the commission was first presented to me, the space was called the "garden space inside the terminal." But since I was making historical reference to the namesake of the airport, First Lieutenant Moss Lee Love, by casting the early Army aviator's uniform, the garden was renamed the Moss Lee Love Garden. That made me proud. Sometimes art can make a difference in the way a space is perceived.